A Room for All Seasons

The landmark Four Seasons restaurant is celebrated yet again.

Four Seasons ashtrays–which, according to the critic Ada Louise Huxtable, were meant to be stolen. Photo: Paul Makovsky

The Four Seasons restaurant is always a fun place to go to for a special occasion. Last evening was especially so, when the National Trust for Historic Preservation presented Alex von Bidder and Julian Niccolini, managing partners of the restaurant, with the President’s Award for their longstanding stewardship and preservation of the restaurant’s interiors. It’s the first time that the President’s Award has been given in recognition of a modern interior–something the preservationists and developers need to focus on more these days.

“The Four Seasons Restaurant has done an exceptional job of retaining its interior space’s clarity and freshness, so it will delight and inspire people today, just as it did when it opened in 1959,” Richard Moe, president of the National Trust for Historic Preservation, said in a press release. “This isn’t just an example of great design, it’s also a model of outstanding stewardship.” 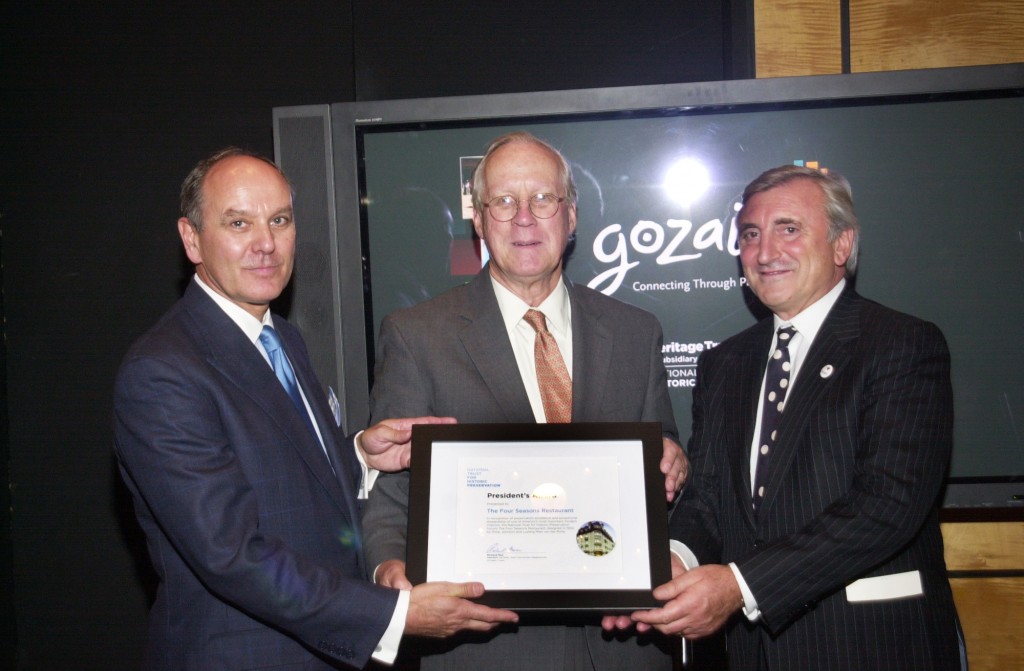 Philip Johnson designed the groundbreaking restaurant, sparing no expense; by the time the Four Seasons opened in July 1959, the price tag had reached $4.5 million. It was also notable for having changing seasonal menus, and was an East Coast pioneer in serving California wines at a time when French food and wine was de rigeur at upscale New York eateries.

Belinda Lanks and I interviewed a few architects and designers about the landmark space in “Fifty Years of the Four Seasons,” in the July/August issue of Metropolis.