Green Alleys are the Place to Be

A neighborhood tour in Baltimore shows the potential of the trash-strewn back alley.

Despite it being overcast and chilly the last weekend in April, a crowd of cheerful people wandered behind the rowhomes on North Luzerne Avenue in Baltimore City for the first annual Self-Guided Green Alley Tour. The event exhibited the creative ways residents and developers have transformed the notoriously unsavory urban alley into a green space for community building. This particular alley was one of several locations open throughout the city.

The idea of reclaiming alleys as a place for social interaction has been gaining momentum around the globe; Metropolis wrote about alley greening in Baltimore in the February issue. Residents lobbied for a new ordinance, which passed in 2007, allowing alleys to be gated and beautified and several neighborhoods have since planted flowers and placed benches to create communal gathering spots.

During the tour, kids ran in and out of backyards as visitors asked the adults questions about how the metamorphosis happened. Residents Sean and Lindsey Bell leaned against a neighbor’s wall and sipped from travel mugs, observing the festivities. The couple moved in about two and a half years ago, and said that before the alley was gated and greened, people used it as a thoroughfare, sometimes stealing clothes off clotheslines.

Although the alley pavement remained (some alley greening projects involve the replacement of concrete with dirt and grass), the many large potted plants and scattered benches—plus some gorgeous flower-filled backyards opening to the alleyway—made for an inviting space. The design inspired visitors to consider replicating the endeavor: “This wouldn’t be that hard to do,” one woman said as she walked along. 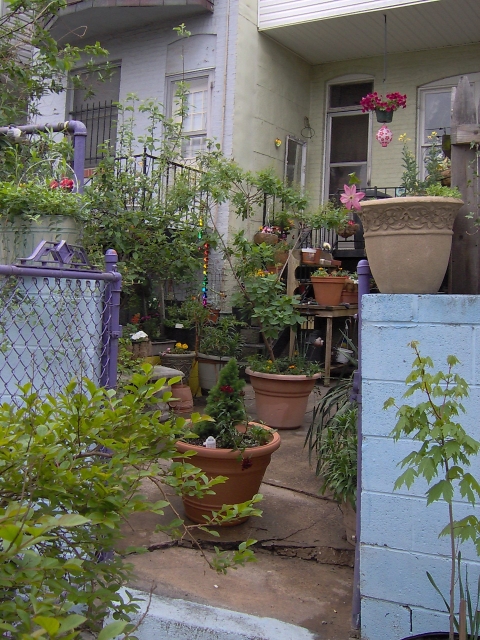 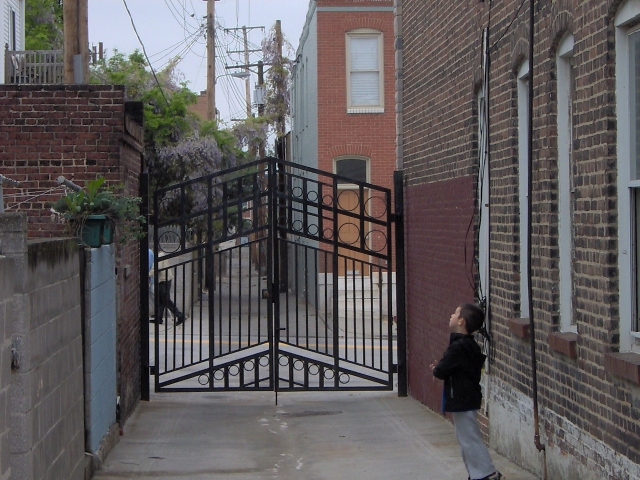 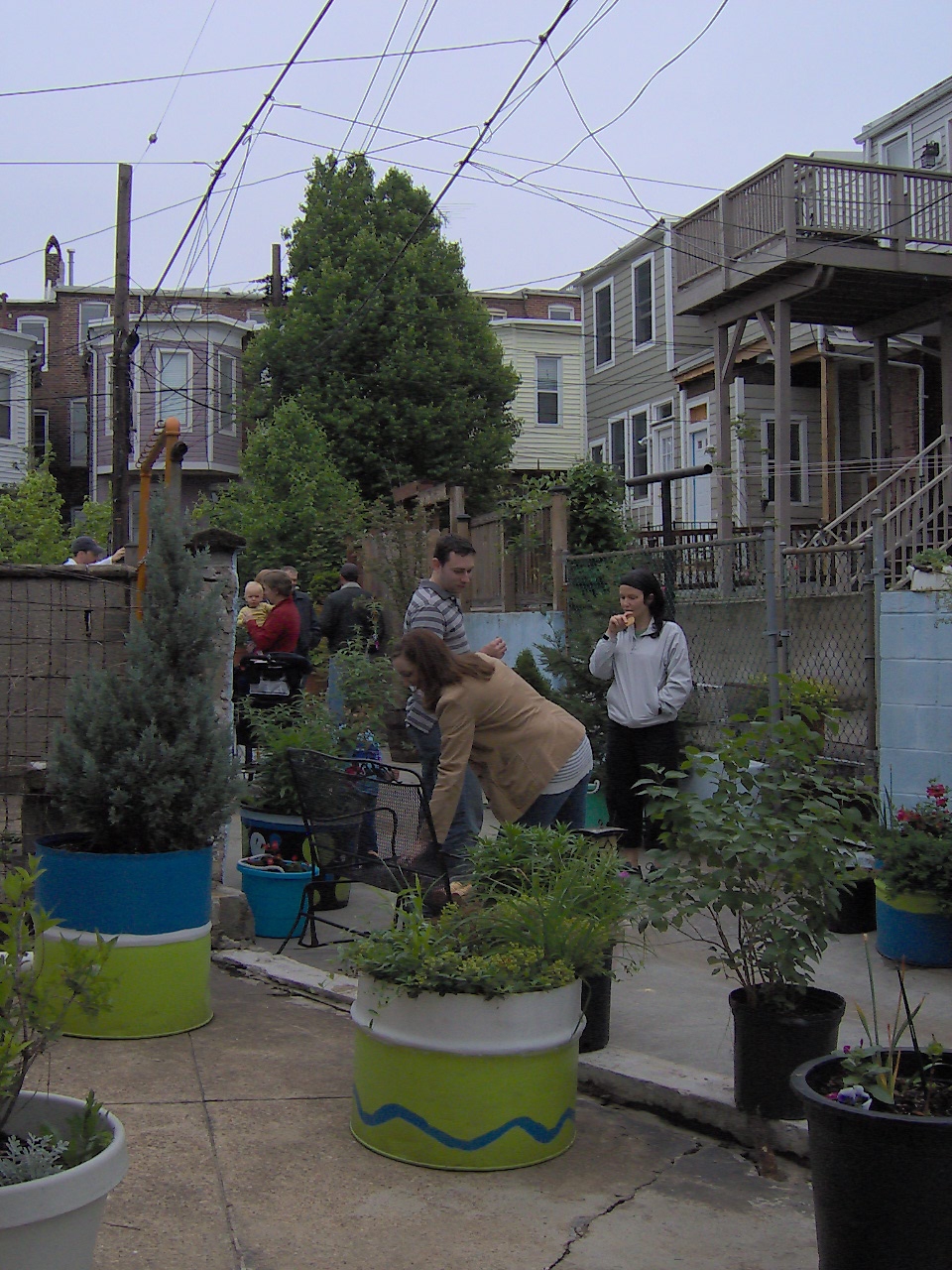