Grace Bonney and John Jay In Portland, Oregon last week the IDSA International Conference asked: DIY Design Threat or Opportunity? Why, you may wonder, would a community of makers, independent thinkers, and entrepreneurs be so apprehensive? To explore this uneasy relationship between the Do It Yourself community and industrial designers, Grace Bonney, the editor of […] 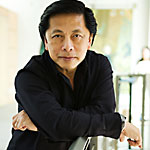 In Portland, Oregon last week the IDSA International Conference asked: DIY Design Threat or Opportunity? Why, you may wonder, would a community of makers, independent thinkers, and entrepreneurs be so apprehensive? To explore this uneasy relationship between the Do It Yourself community and industrial designers, Grace Bonney, the editor of Design*Sponge, kicked off the proceedings; she asked design professionals to be kind to DIYers, many of whom are young and not academically trained. She implored the gathered to teach this growing group of makers, to understand their weaknesses, to recognize their need for design expertise and to learn business. Her words and her tone seemed apologetic and I feared the conference would turn into an “us versus them” diatribe.

But I needn’t have worried. John Jay, global executive creative director of Wieden + Kennedy saw DIY as a revolution of creativity, challenging us all to embrace this emerging youth culture by doing something designers don’t often do: listen and be open to change. He pronounced, “Creativity is rising,” adding, “there are distinctive forces changing the creative conversation.” Information communication technology (ICT) has galvanized more than 4 billion young people worldwide with common attitudes and aspirations, making time and distance irrelevant. But more than crowdsourcing, collaboration, and support groups, the movement is about embracing a multidimensional platform of knowledge. He encouraged us to recognize what we don’t know, to be open to the power of independent thinking that challenges the status quo. If the gathered decide to answer in the affirmative, I thought, designers can truly be agents of change!

Entrepreneurship is at the core of the DIY movement. And Jay Rogers, CEO of Local Motors, a new American car company in Wareham, MA, talked about how his firm has developed a business model that builds and sells cars by creating a direct connection with customers. Building micro-factories in regions where demand is highest, Local Motors sells cars built by its customers. The firm creates opportunities to design, manufacture, and bring to market innovative, safe, functional, lightweight, efficient cars through a revolutionary, local assembly and retail experience. That’s what Rogers, a former marine and Harvard MBA, said. And if his no-nonsense, passionate, confident, and intelligent demeanor is any indication of his company’s core values, I, for one, am optimistic to its future.

Rogers’ vision is fueled by a passion for cars and a desire to challenge the social and economic realities of America’s dependence on oil and a flat-footed approach to innovation in the car industry. With a direct connection to community, Local Motors has also engaged with designers around the world, a relationship that has brought close to 60,000 car designs into the company. As Rogers sees it, crowdsourcing can be dangerous when applied to complex issues such as social product manufacturing, where expertise, research, and in-depth specialized knowledge are critical to the design process. He added that co-creation, on the other hand, brings together the customer, crowdsourcing, and the experts within his company.

It’s not surprising that a DIY scenario is emerging in China, India, and Brazil— billions of people on three continents. Theirs is a design of necessity, said Jeevak Badve, director of strategic business development and design studio manager for American Specialty Cars. He referred to the by now familiar user-driven innovation in these global nations which is pushing the limits of existing tools to solve real needs, such as re-purposing bicycles as mobile knife-sharpening shops.

While the DIY movement is not new, what’s new is our growing capacity and desire to engage the spirit it represents. As the first day of the conference wound down, I wondered, if some of the IDSA’s apprehension has turned into hope, and a realization that the agent of change is the creative spirit. Q&A: Yves Béhar on DIY Design, Crowdsourcing, and the Future of Craft.