The Designboom Mart often acts as ICFF’s palate cleanser. When the glossier offerings on the show floor start feeling like too slick a pitch, it can be refreshing to see a group of mostly young designers selling their own inexpensive wares in a PR-free marketplace. And if a few of their products are more cloying […]

The Designboom Mart often acts as ICFF’s palate cleanser. When the glossier offerings on the show floor start feeling like too slick a pitch, it can be refreshing to see a group of mostly young designers selling their own inexpensive wares in a PR-free marketplace. And if a few of their products are more cloying than clever, there’s usually something better at the next table. But this year’s roster of 40-odd designers, from half as many countries, seem particularly inventive, and the addition of the Mart to the show proper (as opposed to just outside the entrance) helped integrate it into the fair. Here are a few favorites. 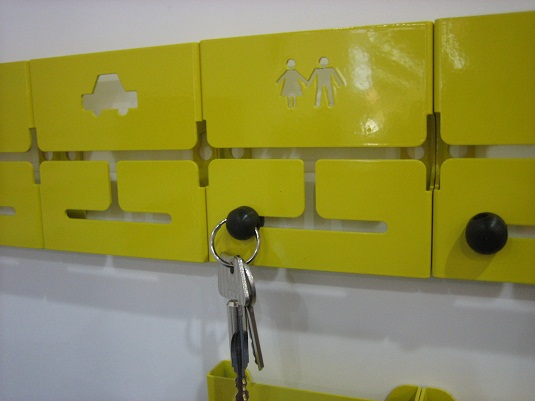 A slot running through the center of Olavo Machado Neto’s wall-mounted keychain holders allows you to gang them together, just in case you’ve inherited a janitor’s key collection (or are a janitor yourself). And punched-out icons (home, car, male, female) ensure that you don’t take the wrong one. www.cucampre.com 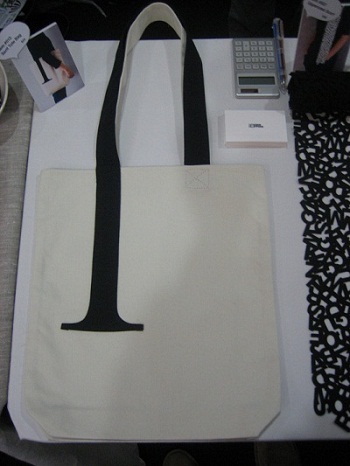 Wong Chi Fun, of Little Factory, is a people pleaser. Had enough of Helvetica? Pick up one of the Hong Kong–based graphic designer’s Serif canvas totes. Want more Helvetica? Try his coasters or scarves, which jumble together the font in three versions: uppercase, lowercase, or numerical. www.littlefactory.com 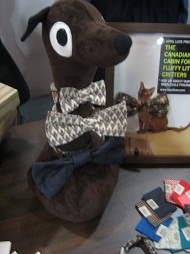 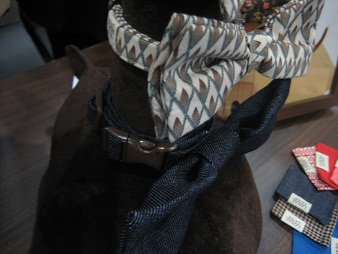 Loyal Luxe’s recycled-cardboard cat cabin (complete with moose head) has been making the blog rounds of late, but the Montreal designers managed to top themselves with another item on display at their table: a bowtie collar for pets. It will be available from the designers in June. No word yet as to whether a full tuxedo will follow. www.loyalluxe.com 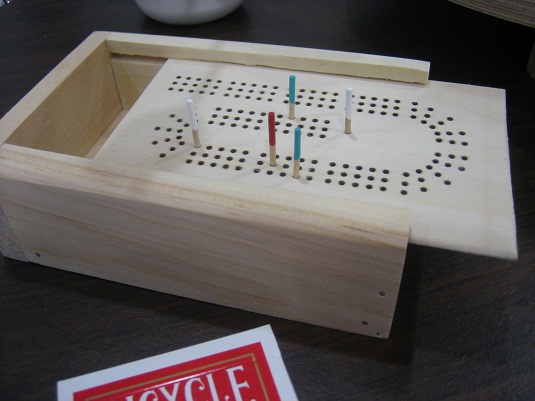 If Zoe Garred’s half-size cribbage board loses a spillikin or two, there’s no need to panic: they’re made with painted toothpick nubs and, thus, easily replaceable. Alas, the same can’t be said for the Vancouver, Canada–based designer’s lovely slip-cast ceramic vessels, which have glossy, ocean-inspired colors in their interiors. www.fleetobjects.com 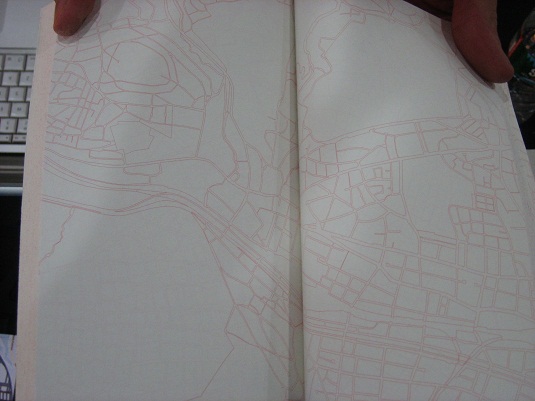 If you want real street cred, you might try wearing your street, courtesy of the Austrian designer John Briscella. At Fluid-forms.com, you can choose any block of any city in the world and turn it into a clock, earrings, or a lamp. And his Urban Gridded Notebooks—maps of cities like Vienna and New York, without the distracting street names or grid—make suitably urbane canvases for your deep thoughts and doodles of giraffes. www.briscella.com; www.fluid-forms.com 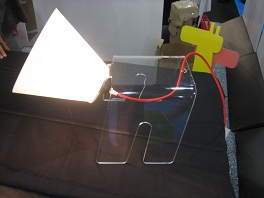 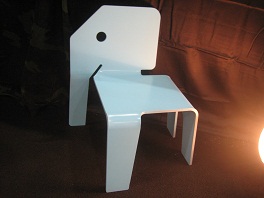 A student exchange to Prague, and a fortuitous trip to the city’s zoo, led the Israeli designer Elad Ozeri to create a handsome family of small acrylic seats in the shape of different animals. (There’s a dog-lamp, too, with a so-called cone of shame forming the shade.) Zelig, as the elephant is known, is clearly inspired by the Eameses’ famed child’s chair, but he’s still his own man—er, pachyderm. [email protected] 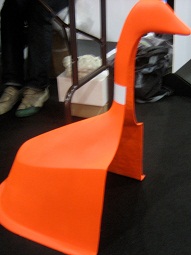 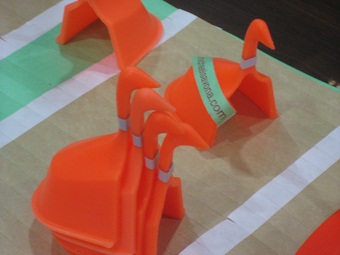 What’s good for the goose is good for the gander—particularly if the goose is a redesigned traffic cone in the form of a waterfowl and the gander is anyone who’s tired of traditional traffic cones. (Except in Kraftwerk’s logo, of course.) Michael Savona’s Goose Cones add a handy grip, a directional (the beak), and what the Art Institute of Chicago graduate student calls a “family dynamic” to a ubiquitous infrastructure accessory. Savona is still studying the Department of Transportation regulations necessary to make his brood street legal, but in the meantime you can buy miniature, stackable versions. www.michaelsavona.com 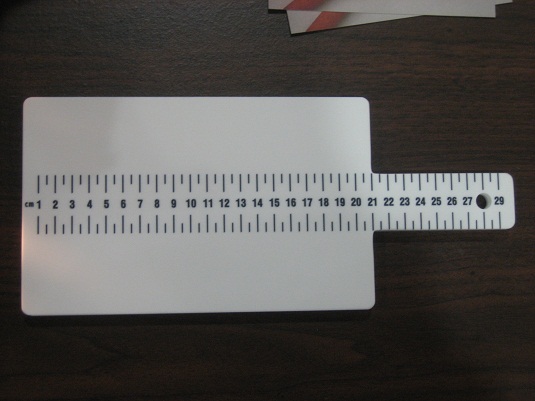 To milk and honey and Mozart and babies, add another dynamic duo: a cutting board and a ruler. OK, so Cut It Sharp, the Lithuanian designer Martynas Kazimierenas’s Corian surface with integrated measuring tool, isn’t the first cutting board to allow you to cut your yams in precise two-centimeter slices. But it’s certainly one of the nicest, with the ruler’s width lining up perfectly with the handle for a look that’s made to measure. www.march.lt