The recently released book by Guy Horton and Sherin Wing, regular contributors to this blog, peaked my interest enough to ask Guy some questions about The Real Architect’s Handbook: Things I Didn’t Learn in Architecture School. We ended up talking about everything from starchitecture, to arch-speak, the recession, and unemployment. Susan S. Szenasy: I think […]

The recently released book by Guy Horton and Sherin Wing, regular contributors to this blog, peaked my interest enough to ask Guy some questions about The Real Architect’s Handbook: Things I Didn’t Learn in Architecture School. We ended up talking about everything from starchitecture, to arch-speak, the recession, and unemployment.

Susan S. Szenasy: I think I can guess, but tell me in your own words why you decided to write and illustrate this book, especially why now.

Guy Horton: Sherin is in the humanities and trained to have a critical eye. I’m originally from the humanities myself and have always been able to look at architecture from a critical distance even though I’m in the middle of it. We also saw a lot of similarities between the two concerns in terms of professional culture and ideology, what’s acceptable and not. We also saw books on architecture that were more boosterism and of the “Isn’t architecture great!” variety and wanted to add a sense of reality to it. To humanize it with all it’s faults and vulnerabilities that are usually hidden behind a heroic veneer. We also wanted to write something for the demographic in the profession that is unemployed or underemployed. No one ever talks about them. I know because Sherin and I wrote it when I was unemployed and trying to get back into architecture. You get a lot of clarity when you are suddenly back in the outside. Sherin did the illustrations. I had some little stick figures in my mind; sort of anti-architectural graphics. She took the idea and created all these characters based on our experiences. It turned out to be quite funny and worked perfectly with the sometimes serious issues we raise like exploitation, low pay, hero worship and other points.

SSS: The quick format–a thought per page–makes the book highly accessible to anyone who likes to read amusing snippets of comment and information. Has there been some revealing feedback from the non-architects?

GH: We’ve heard from non-architects that many of the points ring true in their professions as well. This runs from business to academia to other design professions.

SSS: Among the reactions you’re getting from inside the profession, what surprises you the most and why?

GH: The shock. That has been surprising. Shock that we are somehow outing these insider secrets about the dirty side of the profession. Every profession has this so why is this a big deal? It seems to have offended some. I guess we question too many unspoken things. We’ve also been surprised by some really negative reactions. People saying we should just get jobs and stop complaining. Mostly, we’ve seen a positive reception of it. We’ve received emails from people just starting out or thinking of going into architecture asking for advice. It gets heavy sometimes. People who have been laid off in the recession have also written to share their stories. One architect I know told me without irony that he wishes he had read it before starting out on this path. 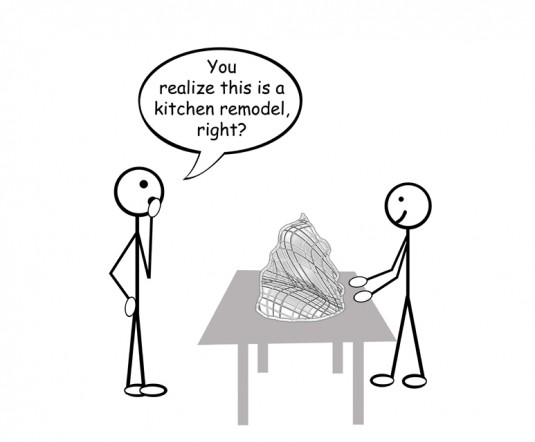 SSS: Maybe it’s the sobering times we’re living these days, but archibabble, as you describe it, seems to have been tamed somewhat? Have you noticed this too? And if you answer Yes, what does the more accessible arch-speak portend? If you answer No, I’m depressed.

GH: Stay depressed. Archibabble is alive and well especially in the academy. I did notice at one architecture school I visited as a critic that the euphoria and excitement of a few years ago has been tempered. The reality of the economy has seeped in. When I got my MArch in 2006 there were tons of jobs. Not all great jobs but at least there were jobs in the field. Now there is talk of a lost generation of graduates. This is depressing.

SSS: The post-traumatic stress you warn new arch grads about has grown to Herculean proportions during the recession. It’s no longer the shock of what you don’t know when you enter the workplace, but the shock of a marketplace that has no room for you. What are your thoughts about this reality?

GH: Architecture schools somehow have to acknowledge this new reality and help their students deal with it. I don’t see how it can just be business as usual. I’ve also been an advocate of organizations like the AIA and NCARB making adjustments for people in these troubled times. It’s pretty bad when the NYT says architecture is one of the worst professions to get into. They didn’t base this on our book. So how can architecture help itself? Elevate itself? 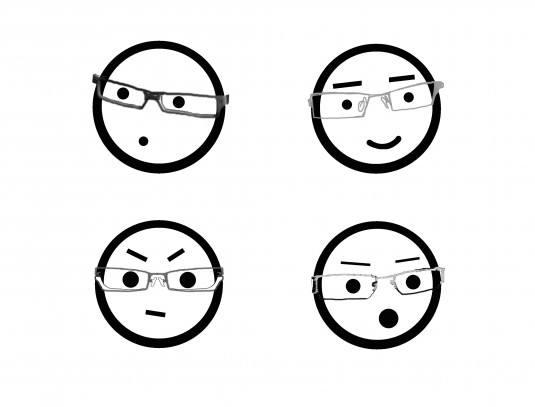 SSS: Are we just about done with starchitect-fueled fetishes like geometric eye-wear? Or are you seeing new fetishes on the horizon?

GH: My personal fetish is argyle socks. The fanny pack is poised for a comeback. How else do you carry a wallet, keys, smartphone, etc. if you are a man? I refuse to carry a man bag.

SSS: Is it possible to get the book in some electronic format? It seems perfectly designed for the quick takes we like on the web.

GH: It’s on Amazon as a Kindle. We’re talking with a publisher so we’ll see where it goes from here.