The British artist talks about his summer installation at New York’s City Hall.

Richard Woods, a British artist known for covering public spaces with whimsical architecturally-inspired graphics, recently opened his latest installation at New York’s City Hall Park. Commissioned by the Public Art Fund, wall and door and roof transforms two security booths plus an interior door in the lobby. Recently, I spoke with Woods–whose work was also featured this summer in an exhibition at the Perry Rubenstein Gallery–about the motives behind wall and door and roof, his impressions of City Hall, and viewer reactions to his work.

Tell me a bit about the development of this project. How did you come up with the idea, and how long did it take to execute?

My public projects regularly take one architectural style and impose a contradictory style onto the surface. I liked the idea of juxtaposing a surface pattern synonymous with low-cost private housing onto this great public building. The work took approximately a week to manufacture in the studio and about the same time to install on site. 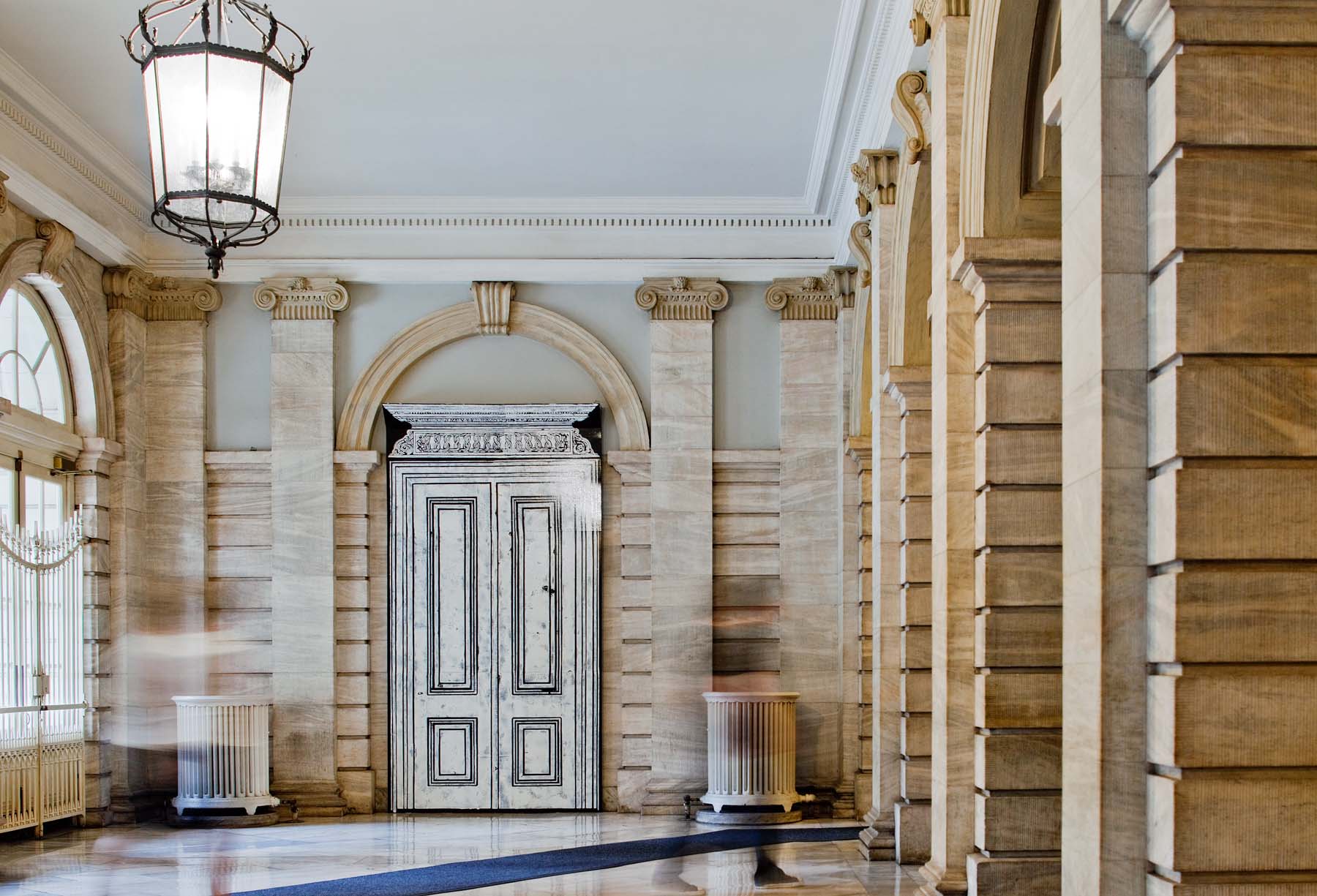 Did you get to choose the portions of City Hall you embellished?

The Public Art Fund offered the two sites to me. I liked the idea of making a single work that existed in two very different places in the same building, in very different ways. The police booths are the public face of the building as they sit on the street. I wanted to make a very bold intervention on these booths so they interact with the hustle and bustle of street life. They are aggressive in their language, and demand to be compared with the architecture that they sit within. The doors are a quieter and more private work that sits in a more private interior space. They still ask the viewer to re-look at architecture they may have walked past a thousand times, but the activity is a more passive one.

You mentioned creating a “contradictory style.” Are you trying to surprise viewers?

Surprise in its own right is not important to me. What is important is that the interventions draw their inspiration from the built world that their architectural host exists within. There’s no fantasy in these works, but if the architectural juxtapositions or contradictions that take place are surprising to the viewer then this is a bonus for me. 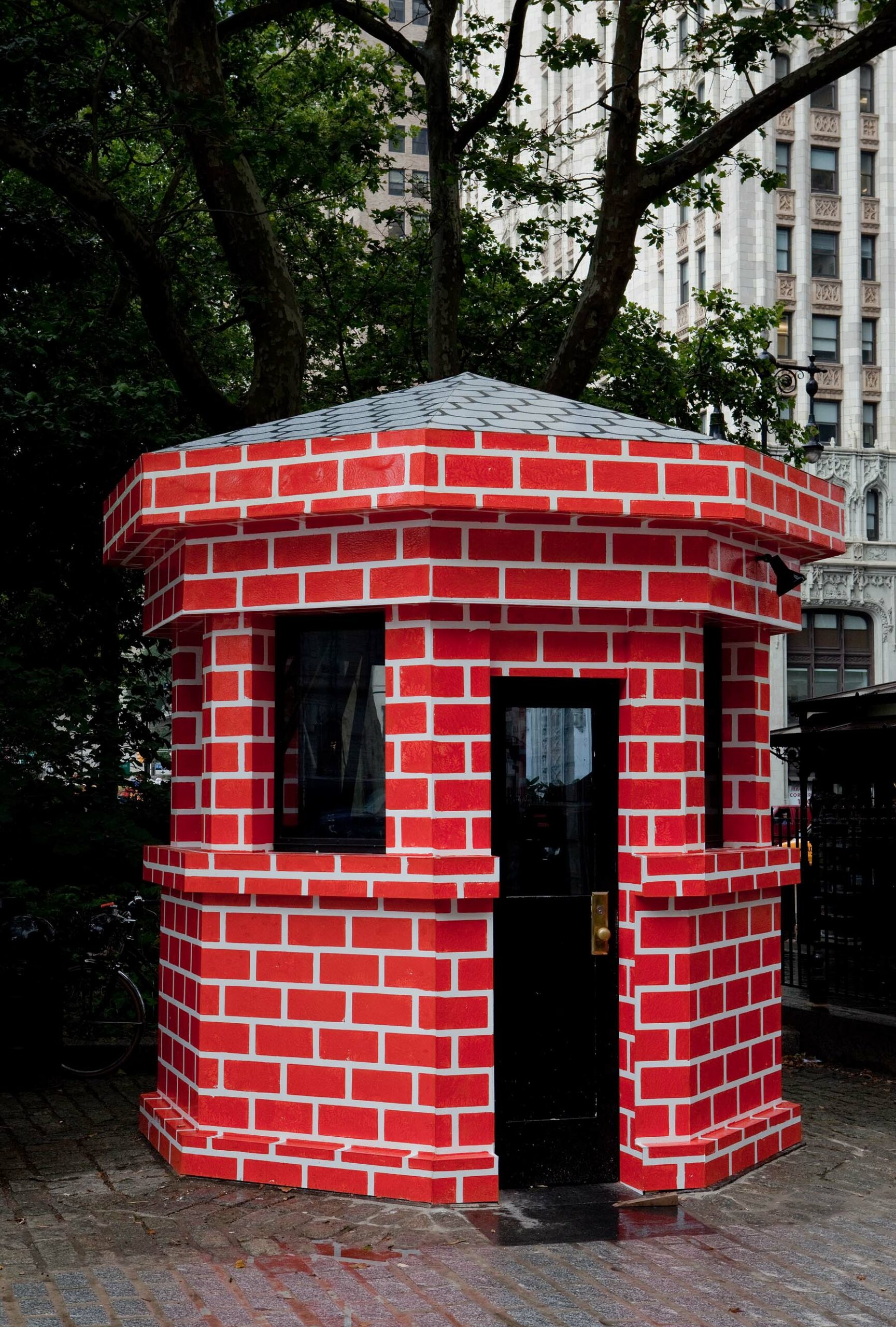 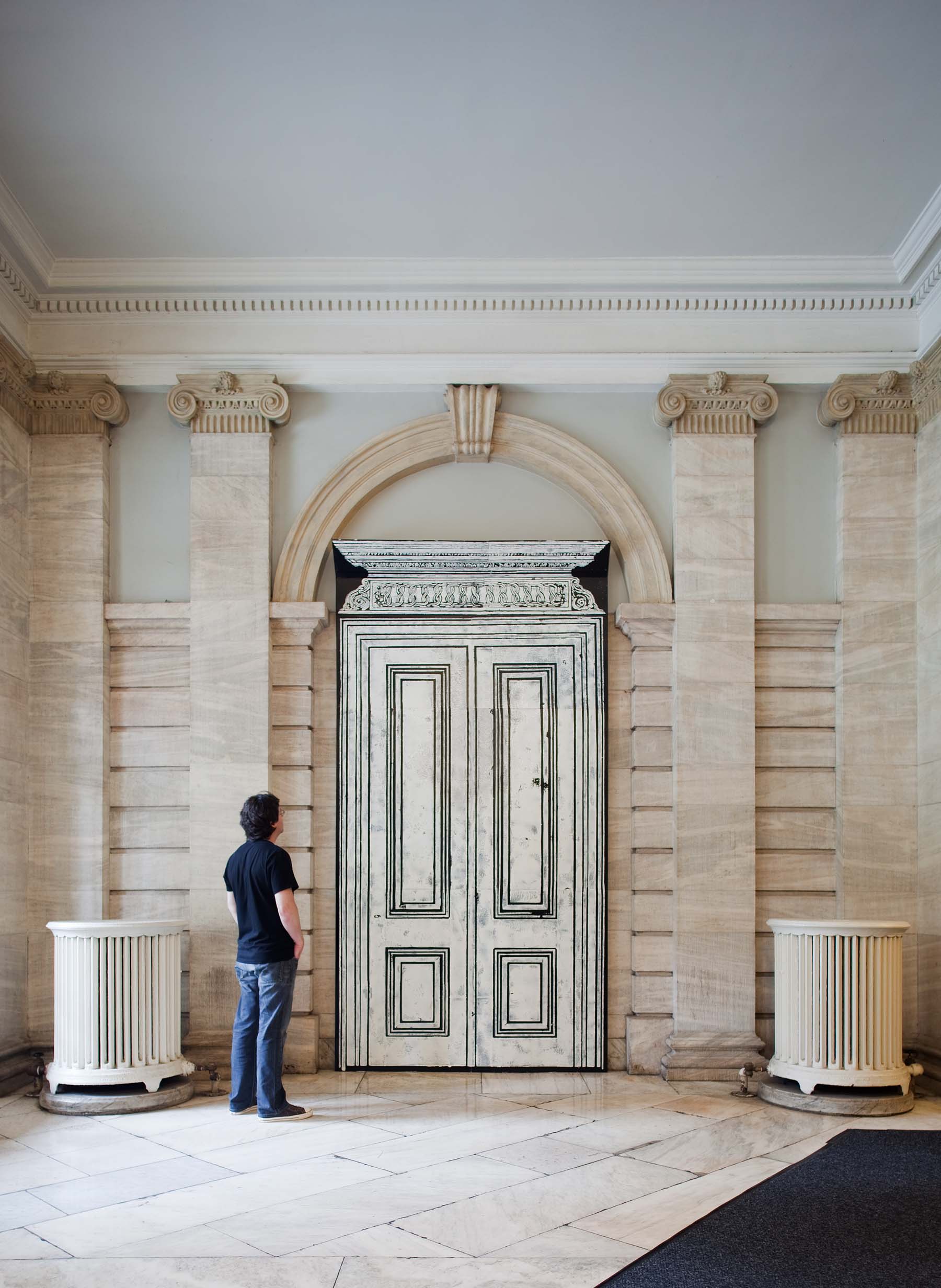 Your work has also been described as cartoonish and theatrical.

It’s important that the architectural interventions that I make remain “ideologically” separate from the building that they cover. Whilst they regularly entirely cover the building they feed on, it is important to me that they do not operate as architecture. The cartoon look to the work allows the interventions this separation from the “real” world.

Why is this separation so crucial?

The interventions act as a catalyst to the existing architecture. I like them to alter the way the spectator looks at the surrounding buildings. For this catalyst to stay separate from its host, it’s important that its visual language remain separate. The flat graphic language that I use encourages this effect. 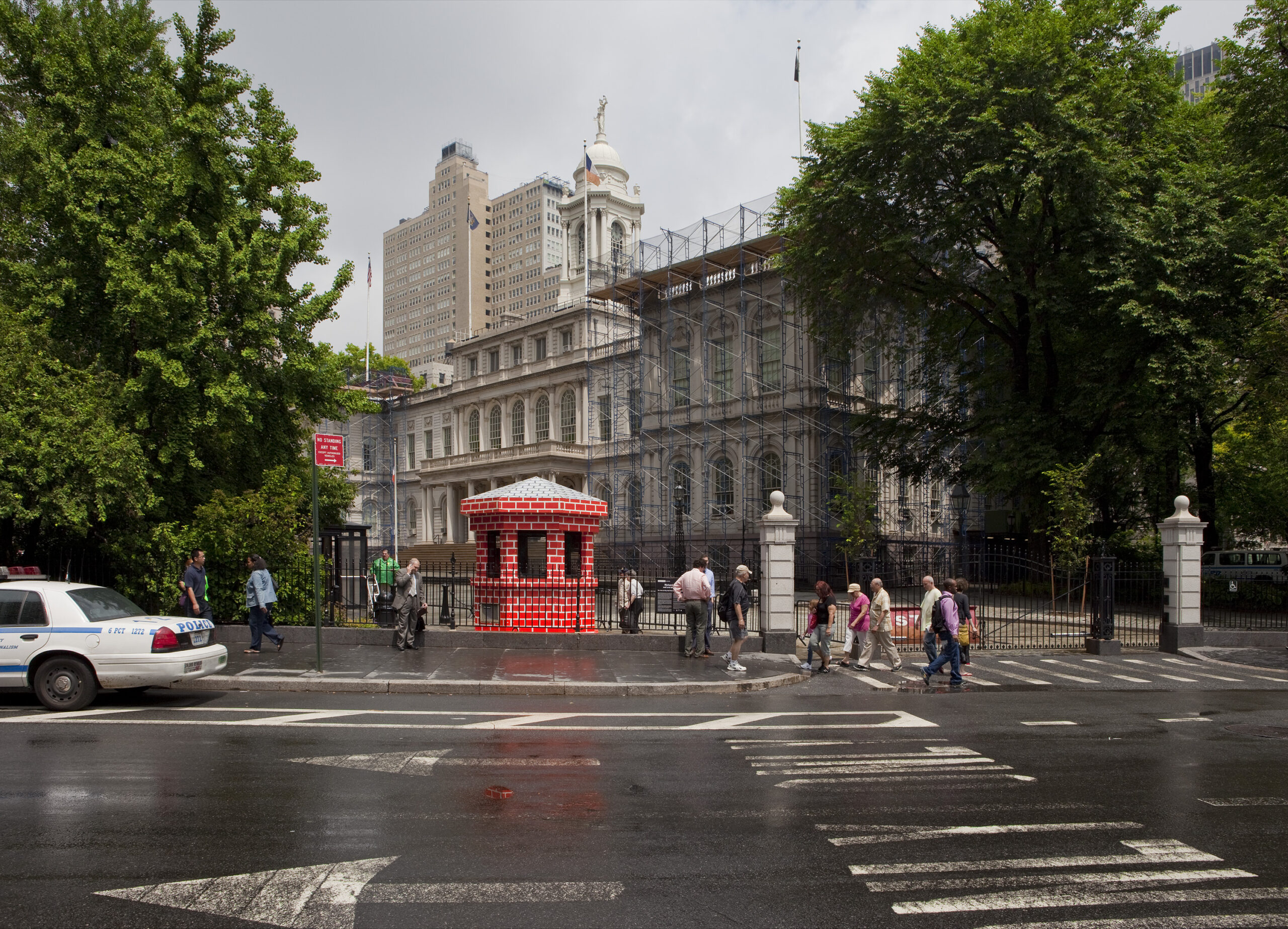 How would you like viewers to interact with wall and door and roof?

With this work my motivation is really to get the viewer to look again at the City Hall site. . . . [It] aims to raise opinions in the viewer. Hopefully the good-natured manner of the work allows some difficult questions to be asked.

Richard Woods’s wall and door and roof is on view at City Hall Park, in New York, until September. Read more about the installation on the Public Art Fund’s Web site.