The Milan furniture fair held each spring is, indisputably, the place to get acquainted with the latest innovations in materials, shapes, and cutting edge concepts that the best industrial designers and furniture manufacturers have to offer. It’s a setting where established design stars shine, while new ones look for inspiration. But this year a new […]

The Milan furniture fair held each spring is, indisputably, the place to get acquainted with the latest innovations in materials, shapes, and cutting edge concepts that the best industrial designers and furniture manufacturers have to offer. It’s a setting where established design stars shine, while new ones look for inspiration. But this year a new event brought attention an aspect of design that highlighted the personal experience, the personal exchange–be it as a generational dialogue, manufacturing, or the creative spark.

Milanosiautoproducedesign (MISIAD) is the brainchild of Alessandro Mendini and a group of his peers. Together, they aimed “to promote excellence in self-produced design and small-scale productions.” This inaugural exhibition was intended to document design that is self-produced in Milan. Curated by Mendini himself, the show occupied the open spaces of the historic “Fabbirca del Vappre” and featured over 200 entries by designers like Gaetano Pesce, Jacopo Foggini, Andrea Branzi, Gaetano Pesce, Fabio Noviembre, Italo Rota, Stefano Giovannoni, Ghigos Ideas, and many others.

In line with a democratic curatorial approach, each designer was given the exact same area (1 meter x 1.5 meter) in which to showcase his creation and make a statement on the theme. Layout order was arranged alphabetically, by name. 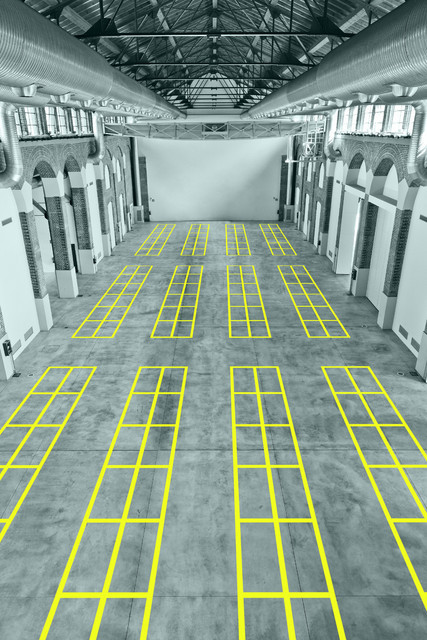 The event was successful, judging from the experience of one student, Stefano Locci, who will be graduating this summer from Scuola del Design at Politecnico di Milano. This was Locci’s first active participation in Milan’s design week; previously he was just an eager observer. “It was an amazing opportunity to be working next to all these iconic designers who inspire us and to see that inspiration can be a two way street, where we all end up inspiring each other,” Locci told me. He was one of the collaborators on the project, “I Piani della Memoria” (Memory Trays), created by Ghigos Ideas, an architecture and design office headed by Davide Crippa, Barbara di Prete, and Francesco Tosi. 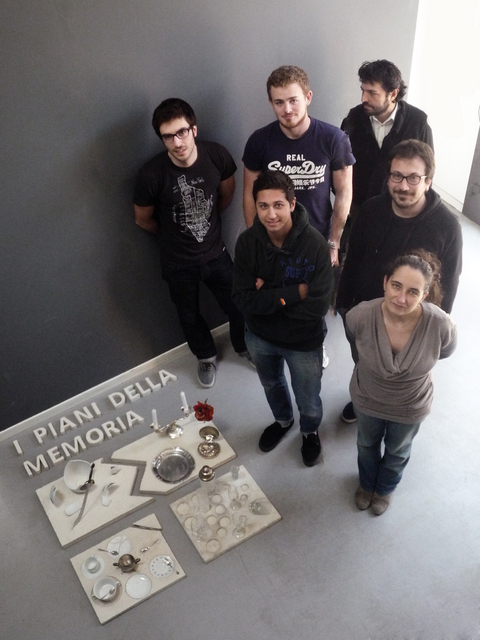 The Ghigos Ideas project was simple in its scope yet sophisticated in concept. Handmade concrete trays were cut and carved to create a “place” for items rich in personal history and memory. In this way the new created a base for the old and vice-versa, serving as a bridge in time. “They are objects that evoke their ancient functions but are open to new faces and new uses,” explained Barbara di Prete. Memory is an important element in Ghigos Ideas projects: “In our projects, we think of  ‘memory’ as the material of  ‘construction’ and that can be seen in our interior design – our houses for example, where pre-existing elements remain and then become united and converse with the new,” Barbara added. (Other collaborators in the project were Massimo Gangemi and Iain Greenwood.) 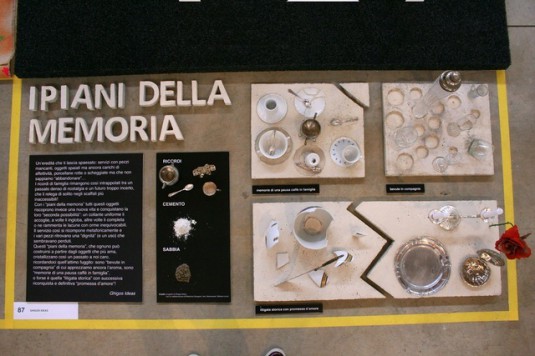 The MISIAD exhibit was very well received and seen as an insightful display of the relevant topics of design today. From sustainability to materials and production alternatives, it exuded a feeling of a design think tank by a cross-section of creative minds, who examined alternatives to established approaches. 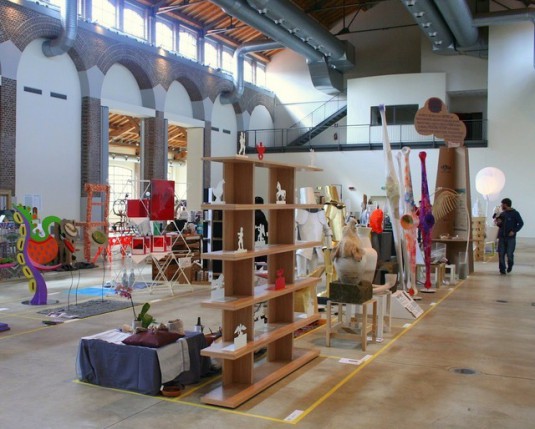 “Self-production is based on your own abilities and sharing traditions and cultures, while expressing your own. It also has an economical factor; it’s cheaper to make–important these days,” said Locci, who recently launched the blog Shape +Space. “One can dig in one’s repository of lost memory to find one’s own meaningful colors, materials, ands shapes. And in that sense, self-production can also be an element on recovering a sense of belonging that the industrialized methods have pushed aside.” 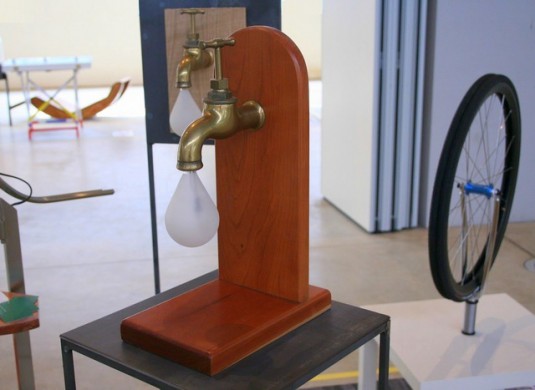 A poignant start for a young designer: participating in a project that highlights memory as base for the new, in an event with a potential to carve its own place in history, and one that brought together generations of designers as they vie for new ways to continue the great Milanese tradition of timeless high design. 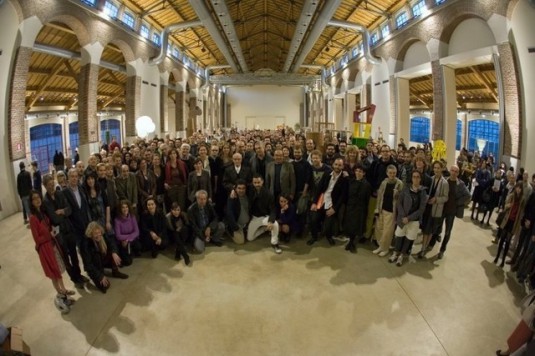