Karachi at night. All images courtesy of Wikimedia Commons.

For those of you who love Morning Edition on NPR, you may have noticed that regular host Steve Inskeep has been “away on assignment” all week. Inskeep is on location in Karachi, Pakistan and on Monday, he launches a new series called The Urban Frontier.

As the world moves rapidly from predominantly rural to urban, Morning Edition believed it valuable to report from the frontlines of this global shift. The Urban Frontier will be an occasional series examining the world’s cities and it begins in Pakistan on June 2nd with a week’s worth of reports called “Karachi: The Ungoverned City.” Inskeep talked a bit about the trip on this morning’s show. Producer Tracy Wahl, on location with Inskeep, also gave me a glimpse of what we can expect next week:
Morning Edition settles into a big, dangerous, powerhouse of a city, 12 million people (or up to 18 million, depending on who you ask). Electricity is in catastrophically short supply. A massive new aqueduct just solved a water shortage, but the city is growing so quickly it will be thirsty again in two years. There’s no subway, and traffic so awful that hundreds of thousands of residents are killed, maimed, or hospitalized every year. Millions live in illegal slums that are periodically razed by the authorities to make way for real estate deals. Yet it’s also the scene of vast development, the economic engine of a huge, nuclear-armed U.S. ally plagued by extremism. Yet whoever is in charge is aware that catastrophe may come if the city doesn’t work.
You’ll meet several people throughout the week, like Karachi’s mayor, a charismatic 37-year-old who challenged the NPR team to report from the areas most opposed to him about his infrastructure improvements. Inskeep talks with him about the particular challenges of governing a city with contentious ethnic politics, where one major policy is Islamist, and the other is popularly compared to the mafia.

Inskeep interviews newcomers who are flooding the city for jobs and opportunity and he rides along with one of the ambulances that frequently carries those newcomers to their final destination. He visits expansive gated luxury waterfront developments that overlook the Arabian Sea and explores how some of the oil wealth that might once have been invested in New York or Chicago is now pouring into developing cities like Karachi.

He takes us into the homes of some of the city’s elite, like that of a husband-and-wife architecture and development team, as well as Fatima Bhutto, the 26-year-old neice of Benazir. She lives in the grand house from which her grandfather once ran the country, and has written several articles denouncing her aunt’s policies.

We’ll also meet an elegant old newspaper columnist who “occupies the same place in his city’s concsiousness as Jimmy Breslin does in New York, or Mike Royko did in Chicago,” according to written material about the series.

This is just the first of several reports in the The Urban Frontier series. Moving forward, the show plans to visit cities as diverse as Tokyo, New York, Lagos, Phoenix, Mosul, and the “exurbs” that sprawl across America. They are also planing to interview significant architects, writers, officials, and other thinkers.

You can hear Inskeep’s reports next week on NPR affiliate stations, or you can download podcasts from the Web site. And if the topic of Karachi intrigues you, check out this recent memoir published in The New York Times Magazine. 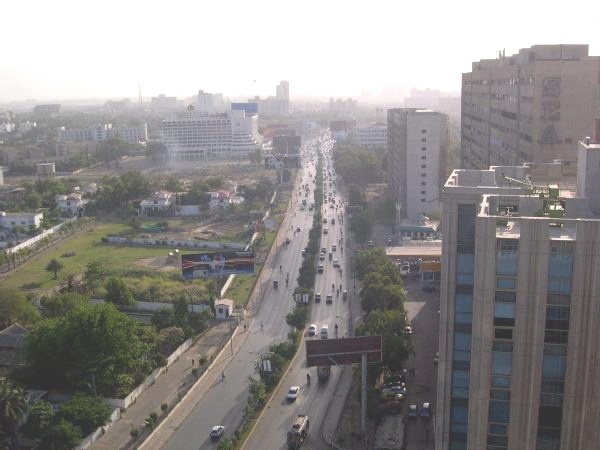 The juxtaposition of Karachi: the muted concrete of the Financial District, above, and the colorful tapestry of the textile market, below. 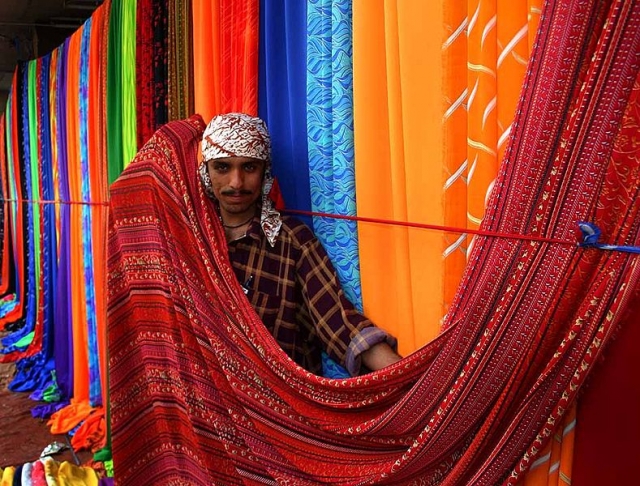