Why We Look at Architecture

The Broad Art Foundation with its parametric concrete “veil”.  Courtesy Diller Scofidio + Renfro “It is only shallow people who do not judge by appearances. The mystery of the world is the visible, not the invisible.”  — Oscar Wilde I’m drawn to John Berger’s essay “Why Look at Animals” for many reasons but primarily because […]

“It is only shallow people who do not judge by appearances. The mystery of the world is the visible, not the invisible.”
— Oscar Wilde

I’m drawn to John Berger’s essay “Why Look at Animals” for many reasons but primarily because it takes something obvious and turns it inside-out to reveal dimensions that were completely unexpected. The way he describes our cultural and personal engagement with animals got me thinking about how we look at architecture and why we look at it. What are we trying to see there? And is there a there there?

Architecture, like animals, multiplies through imagery and narrative to occupy a position in culture that makes it over-exposed. What Berger is talking about is how the proliferation of animal imagery actually indicates the dwindling of humanity’s engagement with real animals.

Interestingly enough, the flood of animal images corresponds to the development of the modern zoo. This is also when stuffed animals for children came into vogue and through further implication, Disney. I am going somewhere with this.

No surprise, that Berger posited we are looking at ourselves when we look at animals and that what we see in animals reveals much about how we view ourselves as a species and as individuals. 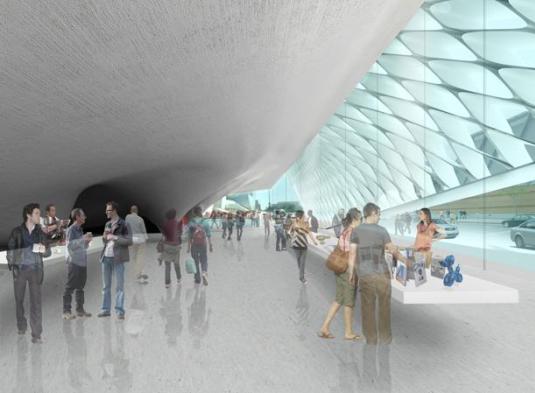 So, by tenuous extension, when we look at architecture are we just looking at ourselves through another lens? The trade in animal imagery is strikingly similar to that in architectural imagery. There is the real lion in the wild and then there are the images of the lion that multiply and project out through the culture. There is then the lion in captivity and the cute, cuddly stuffed “lion” in your child’s bed. There are more of these than real lions. When the real lions are gone the images and the copies (those in captivity) will continue to circulate.

There is the real, an original building design for instance. And then there are the “copies” of that building that sometimes proliferate and become “styles” of one sort or another—“modernism” or the “look” found in Dwell magazine, or even “contemporary” architecture, for example. There are certain appearances that take hold of the imagination…and multiply.

Through the machines of cultural production, images of buildings soon overtake the real buildings. What we are left with, then, are piles of images we sift through—these days with the help of the Internet. And in these images we are looking for our memories, even if unconsciously. We are looking for…ourselves.

I also began thinking of this in terms of architectural criticism. There is so much venom in criticism. So much negativity and vehemence. It’s really off-putting and makes it difficult to see the valid points…or to see the point of criticism altogether. Is it possible to “see” the architecture this way?

Susan Sontag, in her pivotal essay, “Against Interpretation,” answers this question by stating that the “content” we are perceiving, or rather projecting, is getting in the way of perception. We have to stop looking for this content in order to see the thing. The interpretation that looks too much around the thing is in fact trying to replace the thing with something else.

The original thing in question, in this case, Diller Scofidio + Renfro’s design for The Broad Art Foundation, constitutes a lack because it is being addressed by modes of criticism based on a semiotics of replacement. Or, in reference to a series done by Barbara Kruger, from the outset it is destined to be “Not (fill in the blank) Enough.” 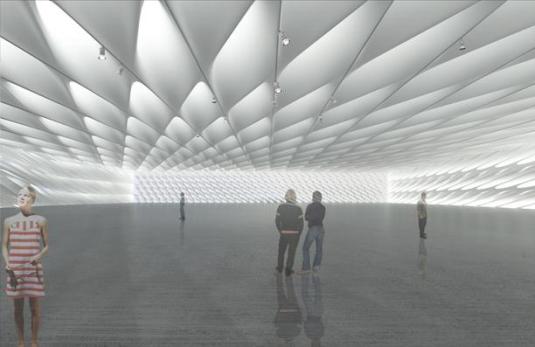 As architect/critics we look at a lot of images. We sometimes even look at real buildings. But what I think needs to happen is an inward-turning of the critic’s gaze so that the search for meaning in the image comes from within, rather than through, the sometimes false memories and urgent shallowness of the twenty-four-hour news cycle. This is the sort of content Susan Sontag speaks against.

The recent unveiling of the DS+R design was calculated for maximum drama by the Broad Foundation. It was kept secret until this staged “release” could take place. Just next door to the future museum, at Gehry’s Disney Concert Hall, the press rushed in, coffees in hand, with a mixture of mild skepticism and hopeful expectations. 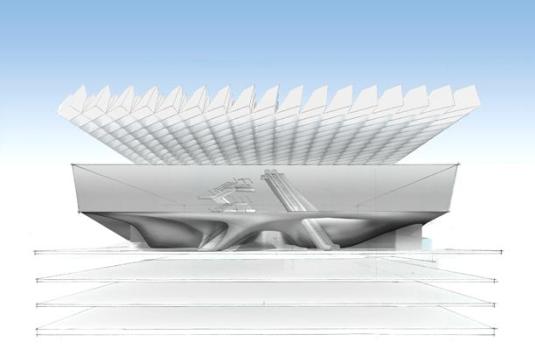 It could be a little Zaha, a little MAD, which is also a little Zaha, or a little something else. We also recognize the signature of the software. But, just for a moment, can we imagine a real building? Courtesy, DS+R.

In fact, another critic had somehow managed to nab the advantage by getting the renderings the night before the official release. As one editor put it to me, “They always manage to get the scoop.” But, upon further consideration, is there really a scoop to be gotten? Perhaps architecture is too complex for this rapid-fire approach.

There is other stuff to talk about that is related to the design, like the Grand Avenue Master Plan or the state of downtown in general, but these stories are sort of parallel playing with the presentation of the future architecture. Or, rather, the future architecture is being used as a proxy for urban, economic, or political issues that are usually taken up by rapid-fire commentary.

We can easily refute these early critiques…and I might be inclined to do that in a future installment. But, in the meantime, what I want to look at more closely is how and why we look at images of architecture and what we might be looking for. Perhaps there is something in the image of DS+R’s museum that vexed the critic, or produced skepticism, or even distrust. How did the image cheat him? What did it do to him? In the words of Roland Barthes, it “pricked” him in a certain way and the thing that pricked him he calls the punctum.

Barthes describes this as a sort of subtle beyond, or the thing that the “I”, the observer, adds to the image. It’s something added but nevertheless already there in some form. For DS+R’s design the punctum, I suspect, is the “veil.” This would be the element to trigger the most immediate response. It is novel yet it is recognizable as “contemporary” or “cutting edge” and for this it is easily derided and diminished. 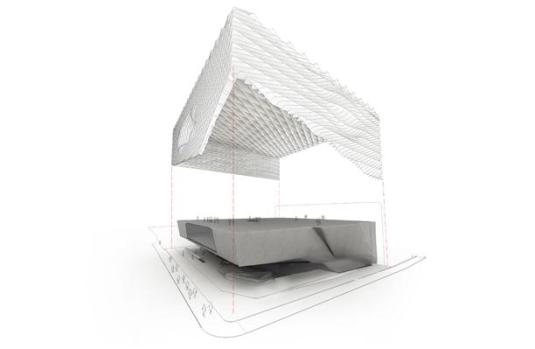 The “veil” as punctum. Courtesy, DS+R.

It is also true that the media culture into which such a design lands is inclined to be overly quick to judge negatively. The critic can trash the work for personal and professional advantage. Positive tweets just don’t get re-tweeted. The non-cynical is not edgy enough. Maybe he had a bad day or just hates Eli Broad for being rich. But the architecture, or the image of the architecture-to-be, exists beyond this.

What we see in the images of architecture encompasses all our spatial memories, whether actual or false. Our brains have fictionalized and jumbled our journeys through space with incredibly precise detail. Our memories of architecture are like a simulacrum, a hologram of rooms we have lived in. Are we trying to re-capture those rooms? Do the images of buildings actually help us structure and connect our memories? Are buildings like maps for the brain? And if the buildings fail to connect the dots for us because they are like nothing we have ever seen…? Then what? Or, if they look too much like the plethora of “advanced” architecture? These images are vulnerable to attack even though they may posit the materialization of something that has never before existed.

We learn to navigate the world through our early spatial experience of the home. We move from room to room with increasing confidence and can even shut doors with the understanding that they open again. This is the architectural world of little children and it is crucial for how we eventually broaden our geographies. Our memories are formed in connection to such elementary spatial experiences. This, in fact, informs how we “see” architecture…or don’t see, as the case may be.

For the fly-through see this link.

Postscript: Berger tells the story of a woman in Great Britain who won a quiz show and was granted one wish. She wished to cuddle a lion at the zoo. She got her wish and the lion ripped her throat out and dragged her into his simulated concrete den. The zookeeper later stated they “may have miscalculated that one.”