A SoftSpot for Social Design

Young designers work towards defining a movement with a new exhibition in San Francisco.

Hot on the heels of Compostmodern comes What the *#&! Is Social Design, an exhibit from SoftSpot, opening at Gallery 79 in San Francisco tonight.

Is “social design” more than just the latest buzz phrase? Designers and advocates think yes, but when actually pressed to define it, many come up short. Proponents are working to clarify the matter, including Metropolis which recently published Expanding Architecture on this very topic, and now a set of young designers in California are taking it into their own hands.

What the *#&! Is Social Design explors design as an agent for social change by showcasing some of the designer heroes at the forefront of the movement including Emily Pilloton, John Bielenberg, Shepard Fairey, Michael Osborne, and Jennifer Leonard. There’s also photography from Jonathan Snyder and short films by Joshua Couto. And of course since good social design engages the community, viewers become participants invited to draw and write at various spots throughout the show.

SoftSpot is a collaborative MFA thesis project created by Ashley Ciecka and Michael Jeter from the Academy of Art University, San Francisco. The initiative brings together designers, architects, advocates, and any individuals interested in utilizing their skills to design for the greater good. Tonight’s opening is their first exhibition, so head down and check it out. If you don’t have a soft spot for social design now, maybe the soft serve ice cream at tonight’s opening will sweeten your impressions. 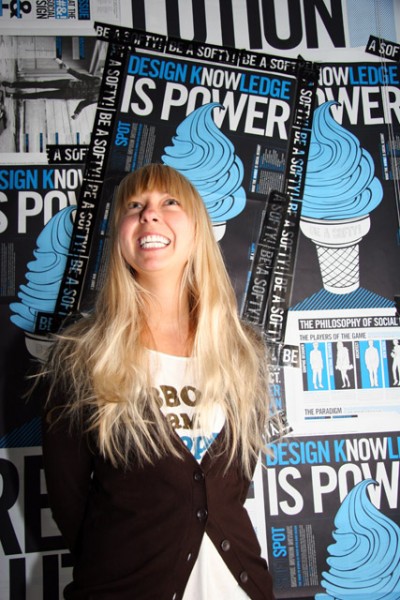 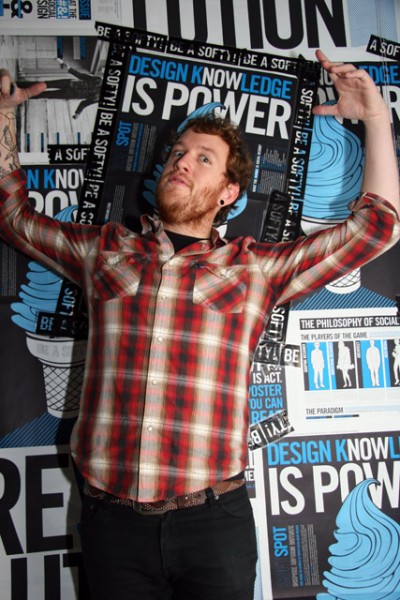