While it may be eclectic in its curation, By the People sets a strong precedent for other design museums—hopefully, they will follow its lead.

Installation view of “By the People: Designing a Better America“

Although critical to contemporary discourse, both in education and in practice, socially-responsible design is rarely given its due space in museum exhibitions—which is why the Cooper Hewitt deserves applause for its latest exhibition. While somewhat loose in curation, By the People: Designing a Better America—the third installment of a series of exhibits on socially-responsible design—artfully coordinates various interactive techniques, impactful infographics and radical case studies to impart just how powerful socially responsible design can be, both for communities and individuals.

By the People shows a wide range of projects (60 across the United States, ranging from entire cities to apps) that apply design and design thinking for social good. Cynthia Smith, Cooper Hewitt’s curator of socially responsible design, and the organizer of By The People, explains the show addresses complex issues of social and spatial inequalities. Having undertaken two years of field research for the show, Smith and her curatorial team illuminate a variety of creative, socially responsible solutions.

The exhibition goes out of its way (and its walls) to incorporate The Process Lab, the Cooper Hewitt’s interactive space where visitors can “play designer”, as well as other intervention spots throughout the museum, making the show a unique, museum-going experience. On the first floor of the museum, Process Lab: Citizen Design, asks visitors to choose a community-based value—such as investment, recreation, resilience, diversity, or connectivity— and thoughtfully consider a related question, such as ‘How might we expand access to technology?’ or ‘How might we make industry more local?’ These provocations are an illuminating opening to the show, giving the audience a chance to “try it first” and, hopefully, build an appreciation for the sophisticated solutions that are presented in the exhibit (giving less room for ‘Oh that’s so simple, I coulda done that!’ critique).

Leaving the Process Lab and heading up to the third floor—where the curated exhibition begins—the visitor encounters a graphic intervention in the stairways, created by Cooper Hewitt’s curatorial and exhibition design team in partnership with The Center For Urban Pedagogy.  A series of infographics focusing on the costs of rent and average household incomes in the boroughs of New York City clearly visualize the inequity of New York and its pressing housing issues. Although they make a glaring omission by neglecting to tie the data to gentrification, perhaps the social concern for New York City today, the infographics —like the process lab— illuminate the severe, economic problems that designers and community leaders must consider when designing for social change.

Arriving finally at the exhibition, one is struck by the DIY aesthetic, which contrasts greatly to the solid walls of the Carnegie Mansion. Filled with cardboard stands, white table tops, and stenciled lettering, the exhibition appears to be as resourceful as the projects showcased. The exhibition is divided into zones – Share, Save, Live, Act, Learn, & Make – principles for socially-responsible design making that also serve as loose, organizing frameworks.

One of the first pieces, a film titled Cross Section of Equity by Cassim Shepard, explores both specific case studies and a general history of social equity in the United States. One of the case studies, Cleveland, Ohio, describes the impact of cutbacks on bus services, which affected suburban residents’ ability to commute. Showing footage of townhall meetings and interviews, the film gives an inside look at how transportation budgets can negatively affect the wellbeing of the citizens they’re meant to serve. 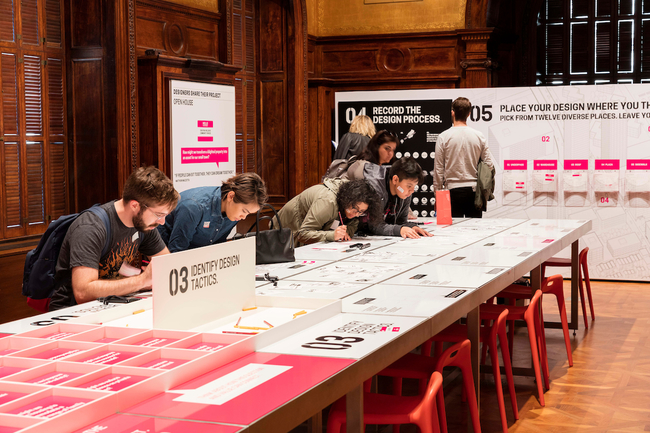 Other highlights in the exhibition include an exploration of Underpass Park, designed by PFS Studio, The Planning Partnership and Paul Raff Studio. Designed for WATERFRONToronto, the project serves to create ‘Design interventions [that] reclaim derelict, leftover space’ and reconnect two neighborhoods that had been divided.

In Save, Ryan Gravel discusses the Belt Line, a project designed to help the greater Atlanta community by converting an old rail system, which connects over 40 neighborhoods, into greenspace. In the early stages of the project, Gravel explained he wanted to, “shift Atlanta from a sprawling edge city to a denser center city, from a divided city to a connected equitable city” (although, in a recent interview with Metropolis, he explains why he has since left the Belt Line project, citing concerns over “inadequate attention to equitable outcomes”).

One of the few smaller-scale projects mentioned is Probation Resource Hubs, designed by a team in conjunction with the New York Department of Design & Construction. By rethinking the interiors of Probation offices, the design teams hoped to revamp the waiting room experience and reunite staff and visitors.

While the smaller projects —such as an app for new mothers and labels for food that encourage language learning—are interesting, they seem somewhat clumsy additions to the exhibition,coming across as less considered than the larger urban-scale projects, which certainly take main stage.

Nevertheless, By The People examines and gives space to design that is rarely presented to a greater audience. Although overly eclectic in its curation, the exhibit showcases empowering subjects—inspiring you to believe in the dynamic solutions that design can provide. With By the People, Cooper Hewitt has set a strong precedent for other design museums—hopefully, they will follow its lead. 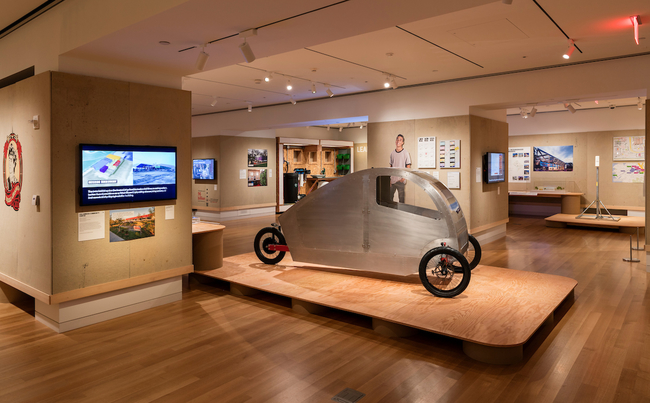 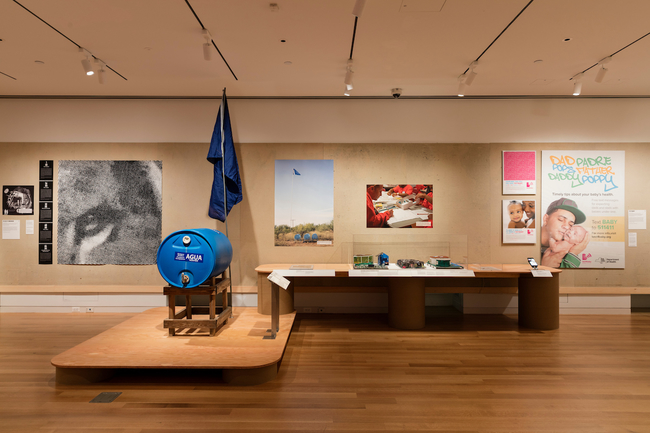 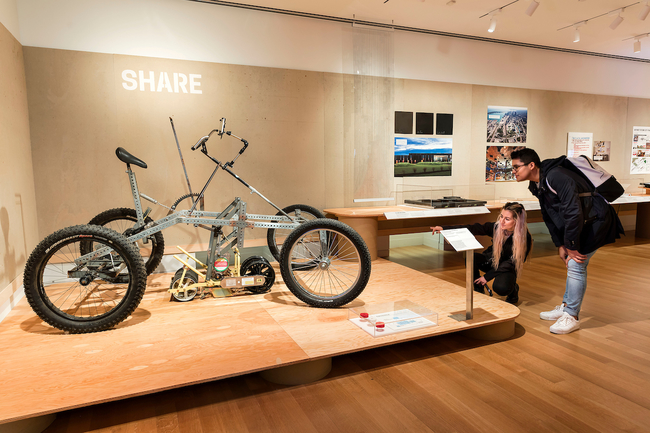