The interaction between objects and the human body is the source of Leon Ransmeier’s work.

Ransmeier created the same vessel nine times, each with a different handle configuration, as part of the Corning Museum of Glass’s GlassLab at Governor’s Island in 2012.

Leon Ransmeier’s lair-like studio is perched high on a rooftop looking out over Manhattan’s financial district. Entry to the suite is via a narrow enclosed gangway, akin to a secret passage if you don’t know where you’re going. Occupying the tiny space is one of the conference tables from Ransmeier’s 2012 AGL Table Group project with Herman Miller, which drew inspiration from aircraft design. A shrewd curation of books—design-themed and otherwise—lines the shelves above the table, and a tiny kitchen is tucked in the corner. One door leads to a workshop (though Ransmeier deems it too messy to reveal), while another opens out to the rooftop, which the designer often uses to craft his models and prototypes.

These days, Ransmeier is at work on a variety of industrial design projects, including furniture. What has distinguished the 35-year-old designer from others of his ilk is his ability to foster relationships with marquee brands, including Herman Miller, Mattiazzi, and Wrong for Hay. But he’s quick to point out that it hasn’t been easy. “I think interfacing with big industry is difficult for anyone in the world. Hard work and perseverance go a long way,” he says. “And a little bit of luck doesn’t hurt.”

Ransmeier began his professional design pursuits at the Rhode Island School of Design with the intention of becoming an architect, before stumbling across a course on the history of industrial design. “I was incredibly impressed by some of the more avant-garde, radical furniture of the 1980s and early 1990s, and became very interested in working on the scale of the human body,” he says of his change in direction. Architecture is still a substantial influence on his work today, but the direct relationship between furniture and the human body is what drives him most. “I need to have that in my process,” he says. “Otherwise, I feel blinded.”

An experiment in gesture and use, 9 Ways to Use a Pitcher is featured in the Beautiful Users show at the Cooper Hewitt, Smithsonian Design Museum.

Born in New York, Ransmeier grew up mostly near Asheville, North Carolina, and spent much of his time in his ceramicist father’s pottery workshop. “For a young person, it’s really meaningful to make something soft with their hands and then watch it transform in a kiln into something that is hard, glossy, and usable,” he says.

Ransmeier recently returned from his maiden voyage to Japan, and describes the experience with the wide-eyed wonderment of an inspired traveler. The reason for his journey was to begin a ceramics project in the town of Arita, Saga, which is considered the birthplace of porcelain manufacturing in Japan. To commemorate the 400th anniversary of the region’s porcelain industry, Ransmeier is participating in the 2016/Project under the creative direction of Scholten & Baijings and Teruhiro Yanagihara in which 16 designers will collaborate with ten producers and six distributors to create objects that will bring an international perspective to Arita’s porcelain design. 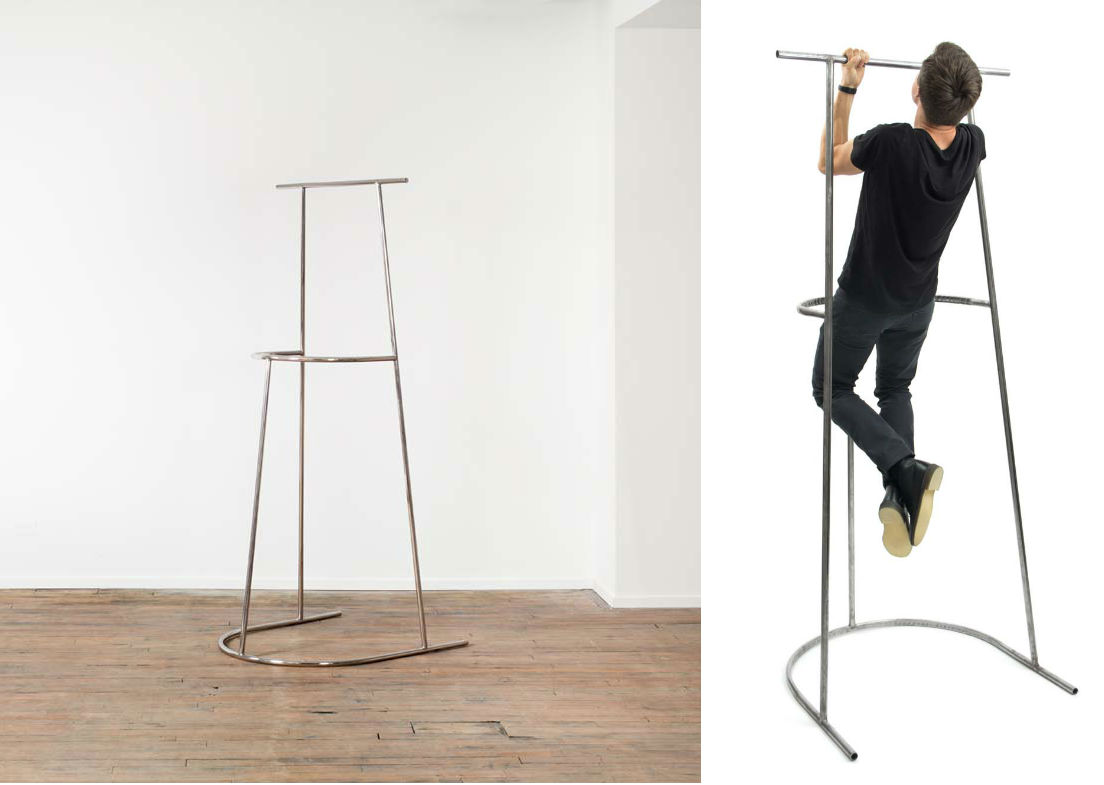 Action Object, designed for Volume Gallery, is a seven-foot frame that offers several locations for lifting one’s body in traditional fitness- oriented movements, as well as climbing, hanging, or swinging.

Other things currently in the works for Ransmeier Inc. include an extension of his Chiaro line of chairs for Mattiazzi, as well as a new project with Herman Miller due to be revealed in 2015. He also teasingly hints that a small handheld tool will soon be part of his repertoire.

When asked if he agrees with the minimalist tag that is so often applied to his work, Ransmeier, like most designers, resists being categorized. “I don’t believe I’m a minimalist,” he says. “I think form communicates meaning, and when I’m attempting to guide people in their use of an object, I believe that applying some reductionist principles can enable a clearer understanding. The human element—design for people to use—is the most important thing.” 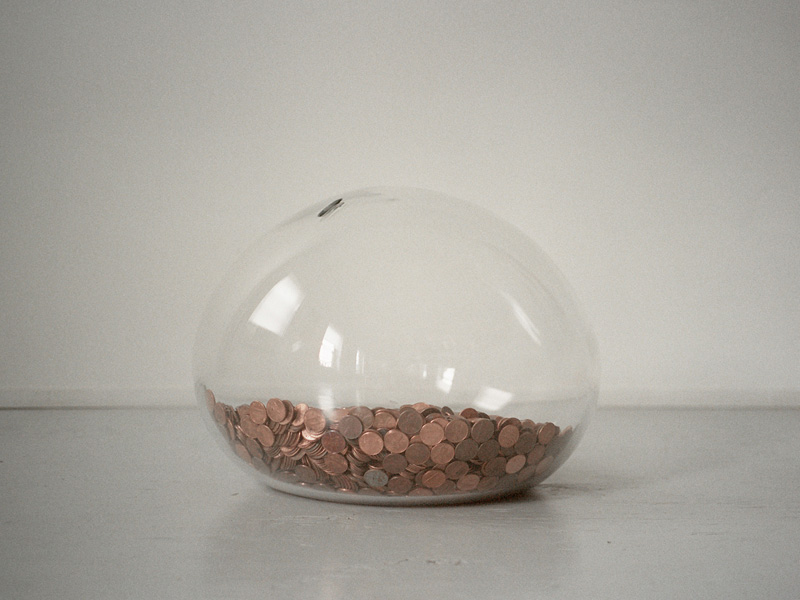 The savings deposited in this hand-blown glass bubble can only be retrieved by smashing the vessel into pieces.

With his close observations of how people use objects, and his hands-on approach to the design process, Ransmeier’s work is all about the tangible world. “Now that we are living in an age when we have constant and immediate access to so many images and ideas, it’s easy and dangerous to confuse images and ideas with objects, but they aren’t the same thing. Products that are meant to be used—like chairs, tables, and telephones—have to be sat on or handled to be fully understood,” he says. “An object’s design is legitimized by its use.”