In the Jailhouse Now

An exhibition at the New Museum explores the architecture of prison spaces.

Even before the arrival of the New Museum‘s latest installation, I was uncomfortable taking the stairs between their third and fourth floors. It’s a notoriously narrow space, measuring 50 feet long and only 4 feet wide. Sandwiched between tall walls on the museum’s north side, the stairwell has barely enough room for two people to squeeze past each other. And despite the efforts of SANAA‘s Kazuyo Sejima and Ryue Nishizawa to open up the space with high ceilings and light, standing at the base of the stairs and gazing up its slender passage  induces mild panic in a claustrophobe like me.

Now the artist Rigo 23 has taken that constriction to a new level with a site-specific piece built into the stairwell, called The Deeper They Bury Me, The Louder My Voice Becomes. Those are the words of Herman Wallace, one of the three black men dubbed the Angola 3 who were imprisoned in late 1960s Louisiana, and whose nearly 30 years of solitary confinement and hunger strikes have fixed an unflattering spotlight on the American penal system. 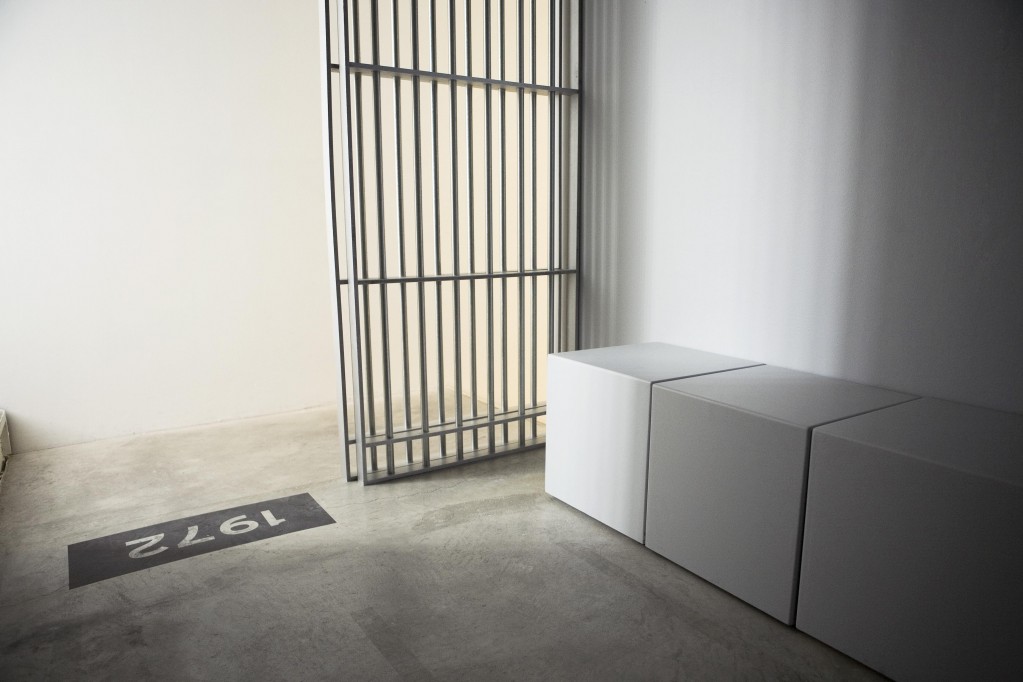 Rigo 23, who is most famous for his conceptual murals and street art in San Francisco, exploits the stairway’s unusual dimensions to explore the architecture of prison spaces and the emotional and physical reactions they’re designed to provoke. The stairwell’s ceiling has effectively been lowered by the introduction of a metal grate overhead, and its single window to the outside has been covered with bars. At the top and bottom of the stairs hang metal gates, and although they’re raised to allow passage into and out of the stairwell, their presence amounts to a wordless threat that they could be lowered behind you at any time. And halfway between top and bottom, a landing now opens into a bare and windowless 6′ x 9′ x 12′ prison cell: a replica of the ones in which members of the Angola 3 spent 23 hours of every day for three decades. 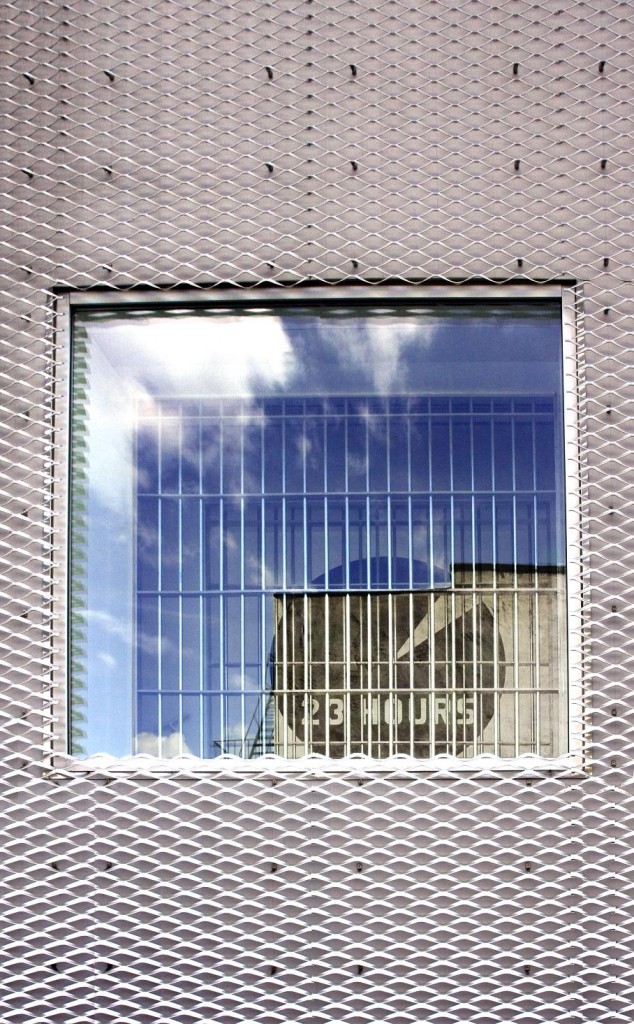 The installation is accompanied by a zine published by the artist and available in the museum’s store. View “The Deeper they Bury Me, The Louder My Voice Becomes” at the New Museum until October 11th, when the space will revert back from nervewracking to merely unsettling.