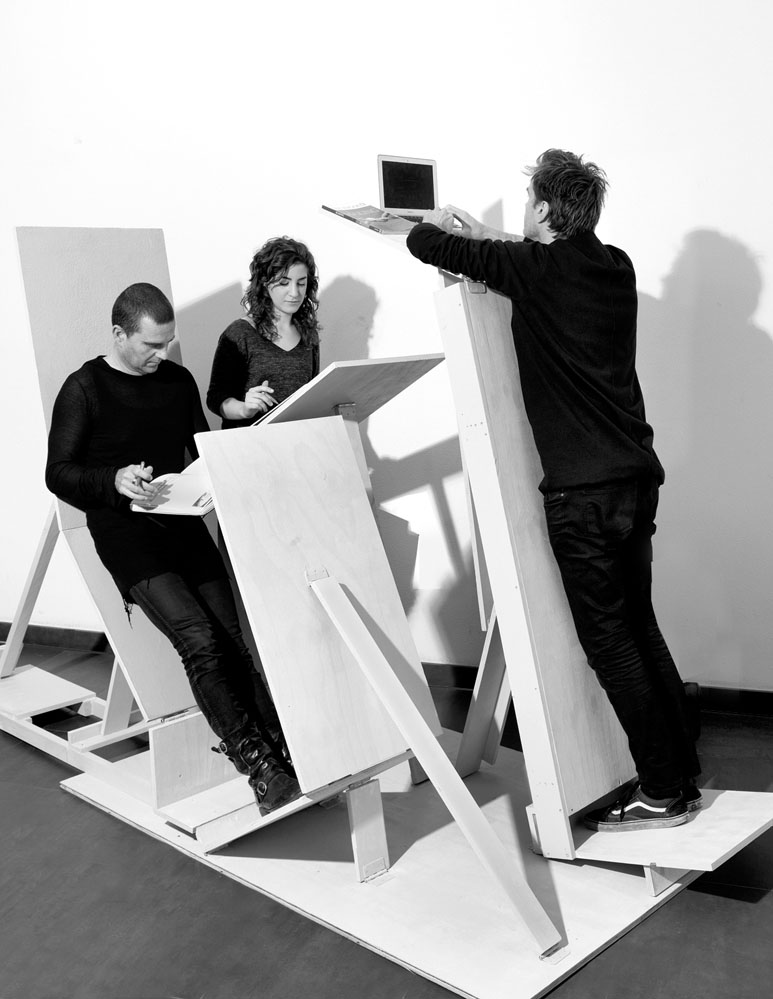 Amsterdam–based RAAAF studio with a prototype of its project The End of Sitting.

An architectural collective, a designer-mystic, a design strategist working for the federal government, and a pair of believers in the power of bottom-up development—all are among this year’s emerging talents. Curators, critics, mentors, and other industry leaders here select seven innovative architects and designers who are developing key strategies for the future. ​