The Urban Artifact serves as a playful device to gather citizens’ opinions on their neighborhoods.

In Part One of this interview, I spoke with Gabriella Gomez-Mont, Founder and Director of Mexico City’s urban innovation think tank, Laboratorio Para la Ciudad. During our conversation we touched upon the challenges of running an 18-person government department tasked with serving the diverse needs of a metropolitan area of 22 million residents, how you design and create an innovation department from scratch, and the benefits of building interdisciplinary teams.

I followed up with Gabriella to learn more about the Lab’s approach to partnerships (both cross-sector and trans-national), lessons from the Lab that can be applied to other cities, and how we can think about defining urban innovation.

Rebecca Greenwald: It seems like the lab has been investing in partnerships, both locally and globally, as a key part of your strategy. How would you describe your approach to partnerships across different sectors and different countries?

Gabriella Gomez-Mont: When people ask me what I think the biggest strength of the lab has been, that’s actually it—having been able to create a unique attractor that has brought to our doorstep some fantastic partners, both locally and internationally.

I had so many prejudices against government before this work. But I found that I was meeting some very talented people and little by little I figured out how complicated it is to make this city function. Even though once I thought of government as a lethargic and slightly obtuse beast, today my view of government is a city-making machine because the things that government agencies have on their plates, especially in a place like Mexico City, where the mayor has quite a lot of influence over, I dare say, every aspect of the city, from mobility, health, and education, to public space. So it’s very interesting to be able to engage with the city-making machine and inject different types of ideas into it. It really makes those ideas travel into the fabric of the city.

When we met with different people to narrate what the lab was doing—as well as what Mexico City has been doing as a whole—we became translators of spaces and of our partnerships with foreign universities such as MIT, Yale, and Harvard. We’re conscious of the fact that we’re not intended to be a mini-ministry ourselves, but that we need to specialize in the gray areas and cracks between the systems. We need to highlight that which has been left unsaid, and the things that still have no name. I believe that for many of our allies this is actually an area of interest and it’s not that often that a government is wiling or able to discuss ideas that are still very nascent in form. 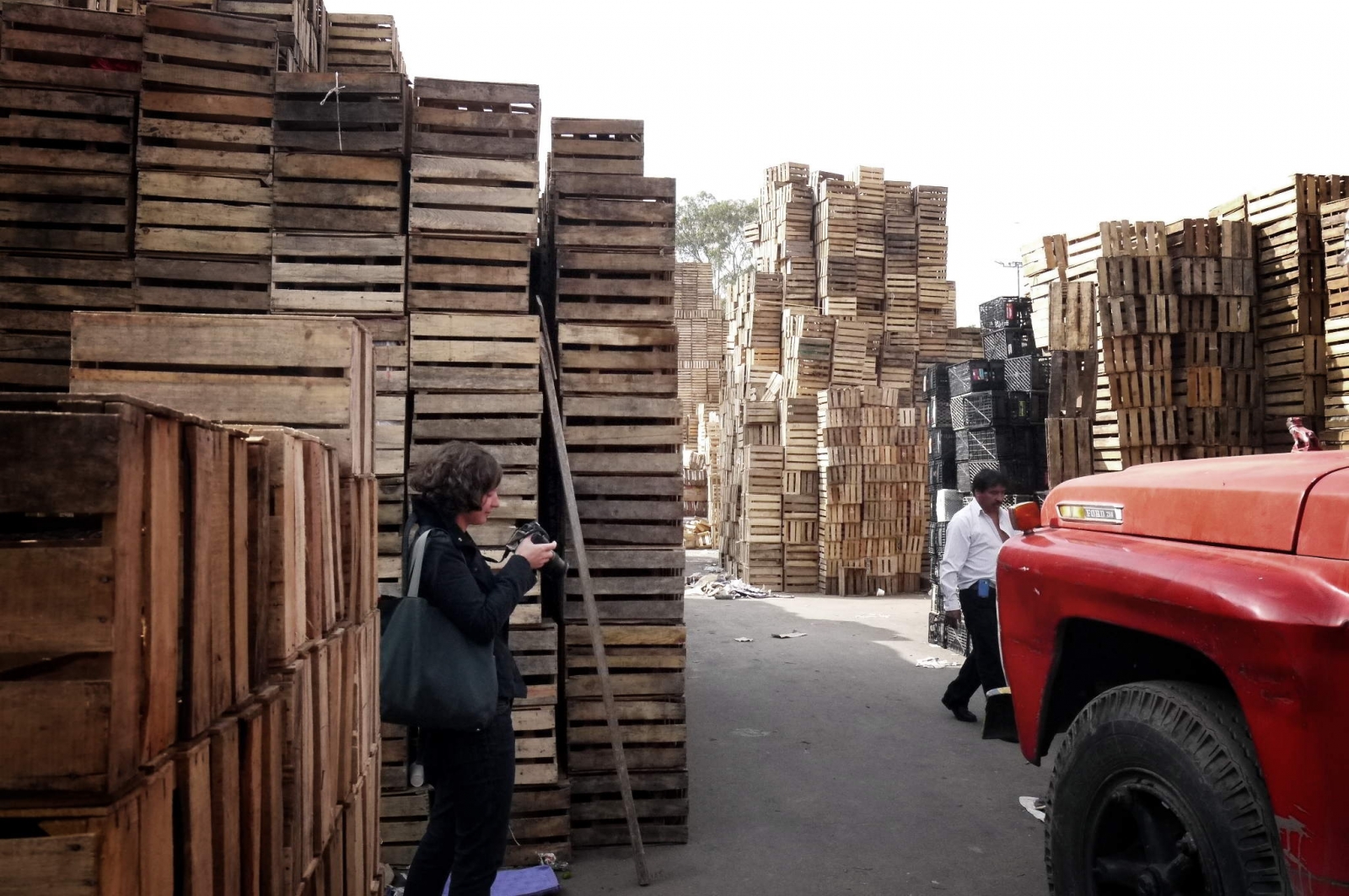 Nicola Twilley, the Lab’s first international resident, explores the Central de Abasto in Mexico City, one of the biggest produce markets in the world.

RG: What lessons have you learned so far building this lab in Mexico City that you think could be translated well to other cities?

GG-M: One of them is how you can start to look at government from a different optic. Second, how you think of the creative capacity of a city as one of the greatest resources that a city has, and how you let it seep into places that would not normally be open to letting it in. Third, is to create spaces of experimentation where you can be more forward thinking in terms of everything from public policy to pilot projects and prototypes. There’s this ongoing question of how you find a common language with your citizens. I think that both political language and urban forms need to be revisited, because the way politicians talk may no longer be relevant to young people who are very much interested in city making.

In terms of Mexico City, we are seeing this renaissance of civics, if you will, and civic action of people thinking about how they can use their lives to create space for others and the larger community. We can see these public values through people working on rooftop gardens, on communal projects, donating their ideas and their time. It’s been fantastic to see how every time there’s a call to action for civil society to join, there’s an amazing response. Just for our first data festival, by day 4 we had 500 people signed up and 200 people on the waiting list for something that’s actually quite specialized. And to see the reaction of the city every time you open up a space of collaboration that speaks on their own terms and addresses the things that fascinate people about their city.

Another thing that I put forth is the need for multidisciplinary thought and action. What makes us the most different from the other urban labs is something that has not been explored in relation to government and that’s the symbolic infrastructure of the city: how culture works within the city, and how we can become cultural labs as well. We need to be thinking about the physical infrastructure and what allows the city to function, as well as the the organic life of the city and how to best work with metaphor, behavior change, aesthetics, fascination, and not just a practical city-making tool. 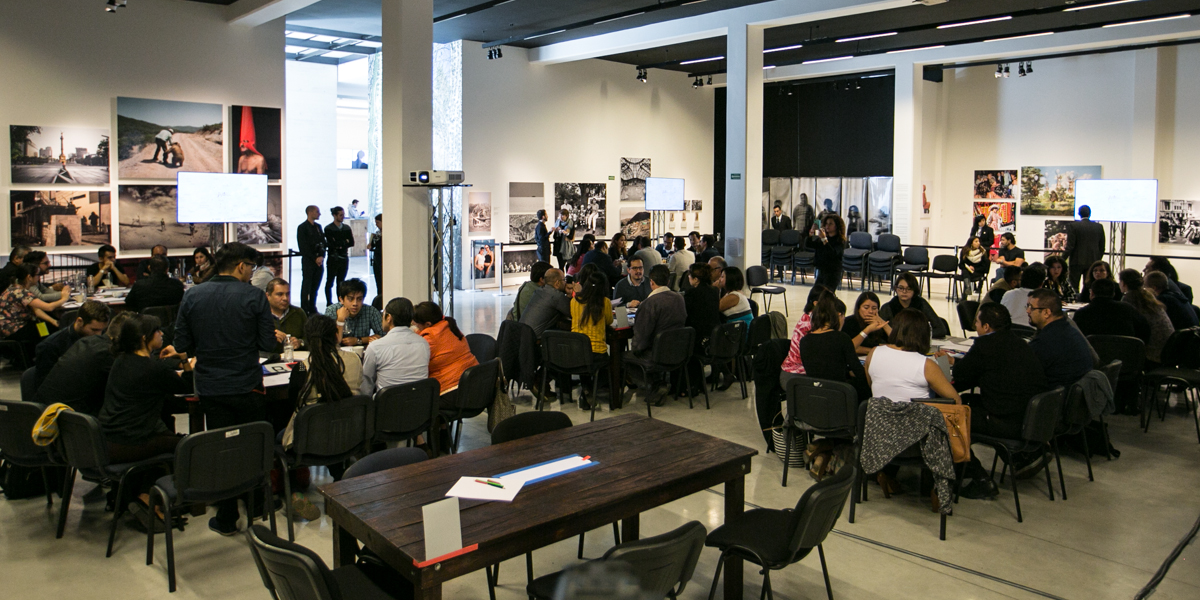 RG: How would you personally describe urban innovation? You’ve mentioned that a lot of people refer to you as the city’s Chief Innovation Officer, which isn’t exactly correct.

GG-M: I’d say that urban innovation is creativity put into practice to make cities work better, to make them more livable and to solve complex challenges. I shy away from being called the city’s Chief Innovation Officer because it carries a lot conceptual weight and for colleagues around the world it has a much more technological bent to it. Chief Innovation Officers are usually working with technological infrastructure and very ambitious, interesting, and necessary projects, but that’s actually not us. Mexico City has a Chief Technology Officer that we work closely with, and we’re incredibly interested in technology as an amplifier of possibilities, social voices, political will, and social energy, as a way of creating urban thermometers. But we are not solely about the digital space, we are not about big technological infrastructure, we deal much more with experimentation.

There’s also a tendency when we think about innovation to think in terms of the latest technology. Mexico City still has a large digital divide, especially with regard to Internet access. Many times we don’t need to figure out the latest technology or think about innovation in terms of a more futuristic edge, but rather think about social innovation that resonates within the context in which we’re working. I have a feeling that if we only stayed within the concept that we typically associate with innovation, we’d be limited to thinking of things from a First World view. I do think that Mexico City is an interesting bridge between the First World—it’s one of the most important city economies in the world—and other emerging cities. We have all the challenges that any emerging city has, and creating a space that reflects this creative ethos and innovation on our own terms is incredibly important for us.