The Secret Ingredients of Urban Excellence

In 1989, Lisa Nigro, a former police officer, filled her nephew’s red wagon with coffee and sandwiches and pulled it around Chicago’s Uptown neighborhood. Her purpose? Offer good food, served with dignity and respect, to the people she encountered on her beat. Her efforts were the genesis of Inspiration Corporation, an organization dedicated to helping those affected by homelessness and poverty, by increasing their self-sufficiency and improving their lives. It is this organization that opened the 2013 RBA Gold Medalist, Inspiration Kitchens – Garfield Park.

Chicago, long recognized for its architectural legacy, is also a leader in great urban placemaking. It is now home to three, back-to-back, RBA-winning projects —2009 Silver Medalist Millennium Park, 2011 Silver Medalist Gary Comer Youth Center and College Prep, and this year’s Gold Medalist. Last month, Simeon Bruner and I traveled there for the Gold Medal award presentation, which included a check for $50,000 that will help ensure Inspiration Kitchens – Garfield Park’s future as a social enterprise and training program. We partnered with the Richard H. Driehaus Foundation at Garfield Park Conservatory to host the ceremony, which honored the project and its sponsor Inspiration Corporation, along with project partners Wheeler Kearns Architects, IFF, Gabriel and Leonard Goodman, and Crown Family Philanthropies. 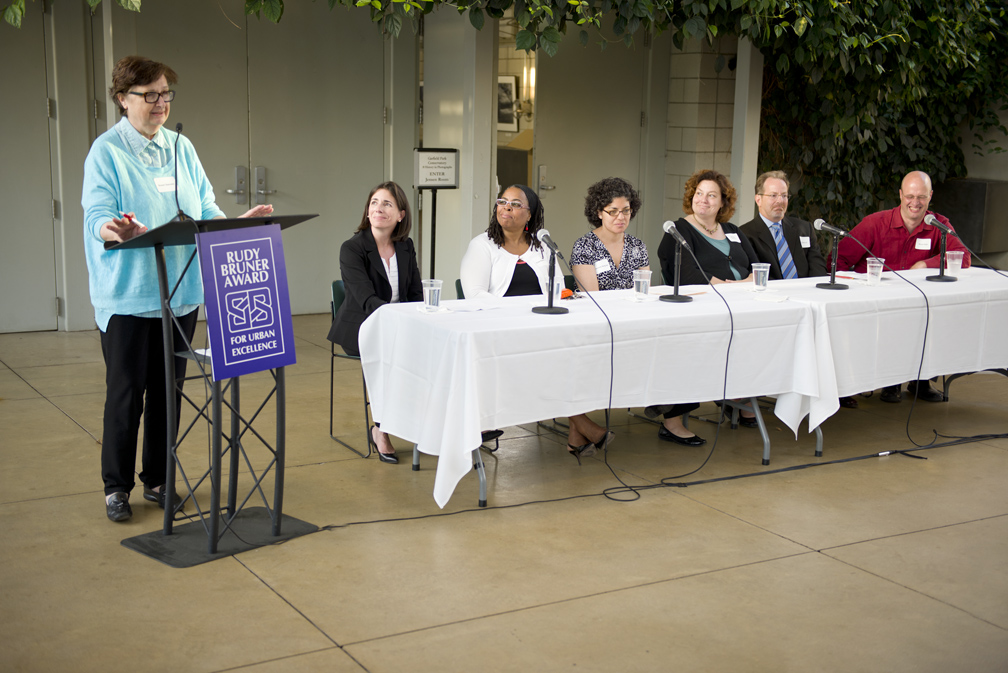 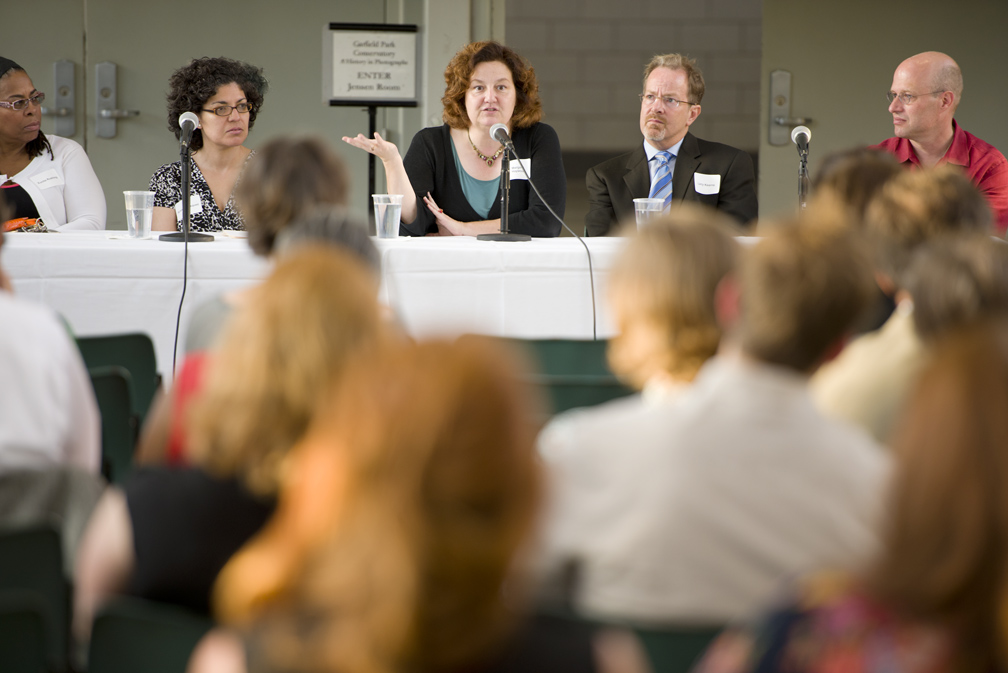 The panelists shared how they became involved in the initiative, illuminating Inspiration Corporation’s thoughtful development process, which engaged the community each step of the way and forged relationships that were critical to its success. As a result, area residents and organizations welcomed the project, simplifying the review process as it proceeded. The community discussions also informed the restaurant’s design, which is modest and respectful of its context and opens the dining area and kitchen up to the street with large windows. The sense of ownership extended to people living nearby, who kept an eye on the property, guarding against potential looters and vandals during construction. 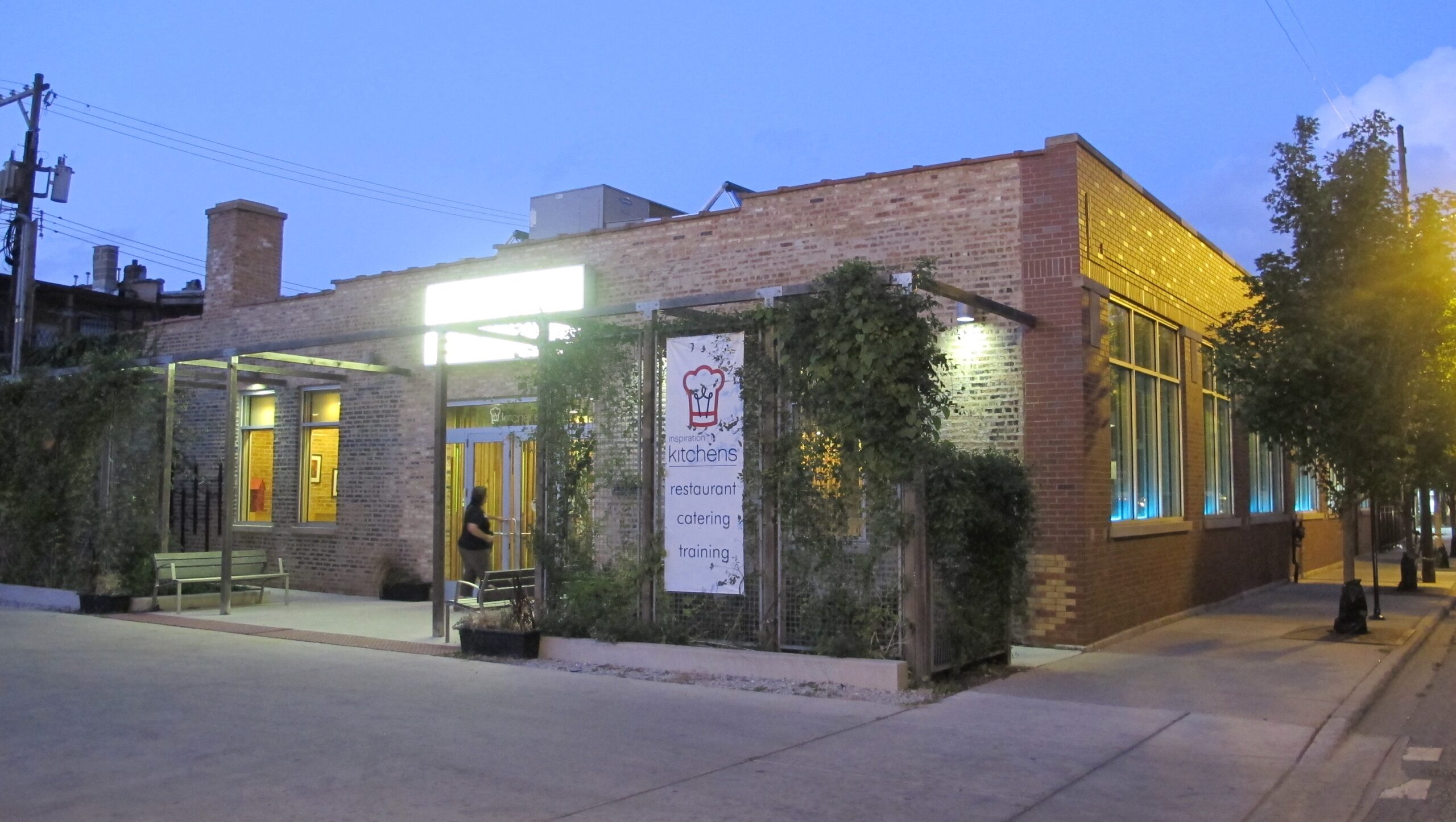 After the discussion, attendees were invited to take the short walk from the conservatory to Inspiration Kitchen to experience the project firsthand at a reception there. Everyone was welcomed by the generous space and delicious food that is central to Inspiration Corporation’s mission. “The restaurant is an oasis of healthy food, smart urban gardening, and thoughtful architectural renovation,” Szenasy observed. “Inside and out, this building is a study in how to create space for human dignity and achievement in a neglected part of Chicago. The project proves that thoughtful design, with a sensitive program behind it and committed stewardship, is good for the users, the neighbors, and the city.” 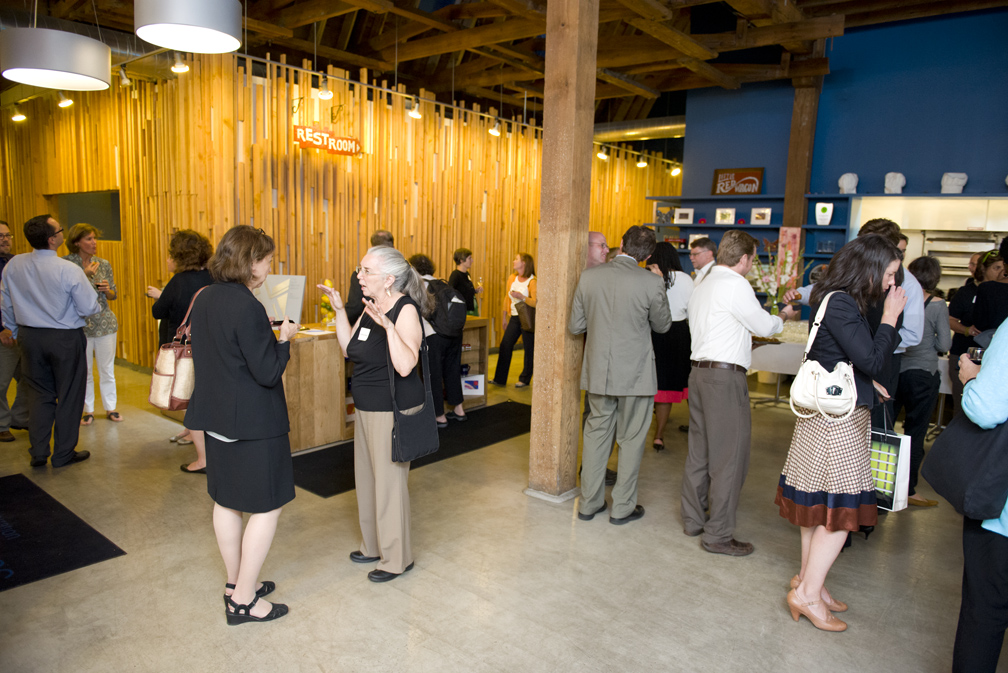 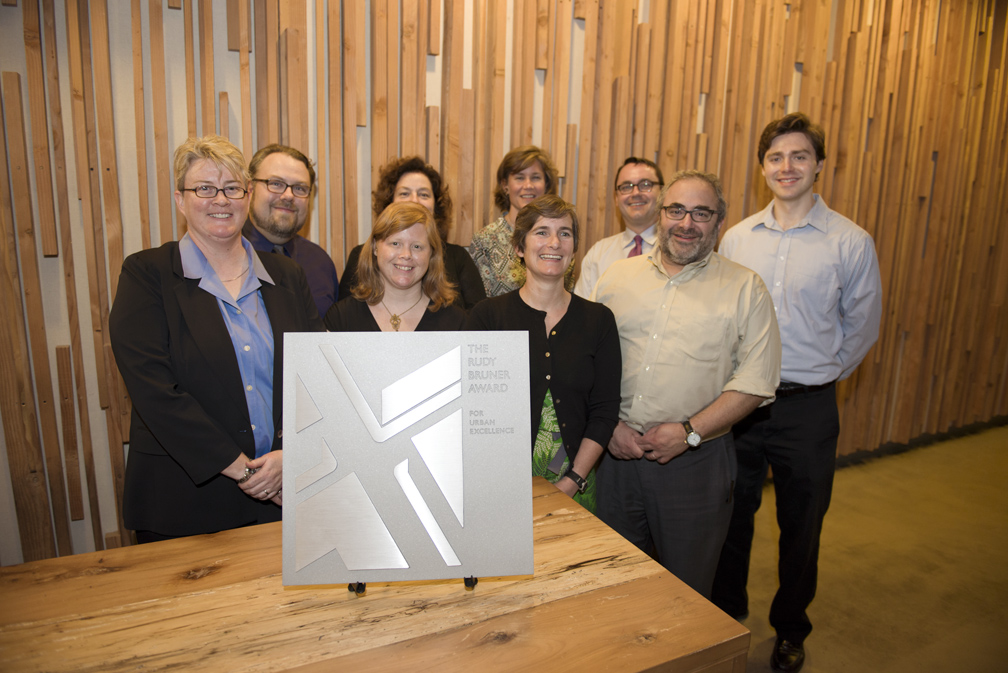 The next morning, I presented an overview of the RBA at the AIA Chicago office to inform members about our unique selection process and to encourage ongoing entries from their city in 2015. I invited people involved in our three recent award-winning Chicago projects to talk about their RBA experience. Larry Kearns from Wheeler Kearns Architects; Diane Pascal from Inspiration Corporation; Greg Mooney from Comer Science and Education Foundation; and Ed Uhlir, executive director of Millennium Park and member of the 2011 RBA selection committee discussed putting together their applications and the value of participating in the RBA’s thorough selection process. The discussion underscored the importance of the RBA’s site visits and case studies as a means of learning about and sharing keys to urban placemaking excellence.

This month, we’ll travel to Providence, Dallas, New York City, and Louisville to celebrate our four Silver Medal award winners. We’ll be at The Steel Yard on October 3; in Dallas for the Congo Street Initiative on October 18; at Via Verde on October 24; and celebrating Louisville Waterfront Park on October 30. Susan will join us again as panel discussion moderator in Providence and New York. Visit our website for additional event details, and stay tuned for more reports from the field, including video clips from our discussions.

This post is part of a series written and curated by RBA that focuses on placemaking in American cities. The blogs seek to advance the conversation on urban placemaking excellence, offering a detailed look at the 2013 award selection process and site visits, case studies from past award winners, and highlights from relevant conclaves, programs, and events such as the Bruner-Loeb Forum.