If You’re Wondering about the Future of Interior Design, Look to the Schools

Today’s graduate students are taking on complex and timely issues that designers in every specialty need to be concerned with. 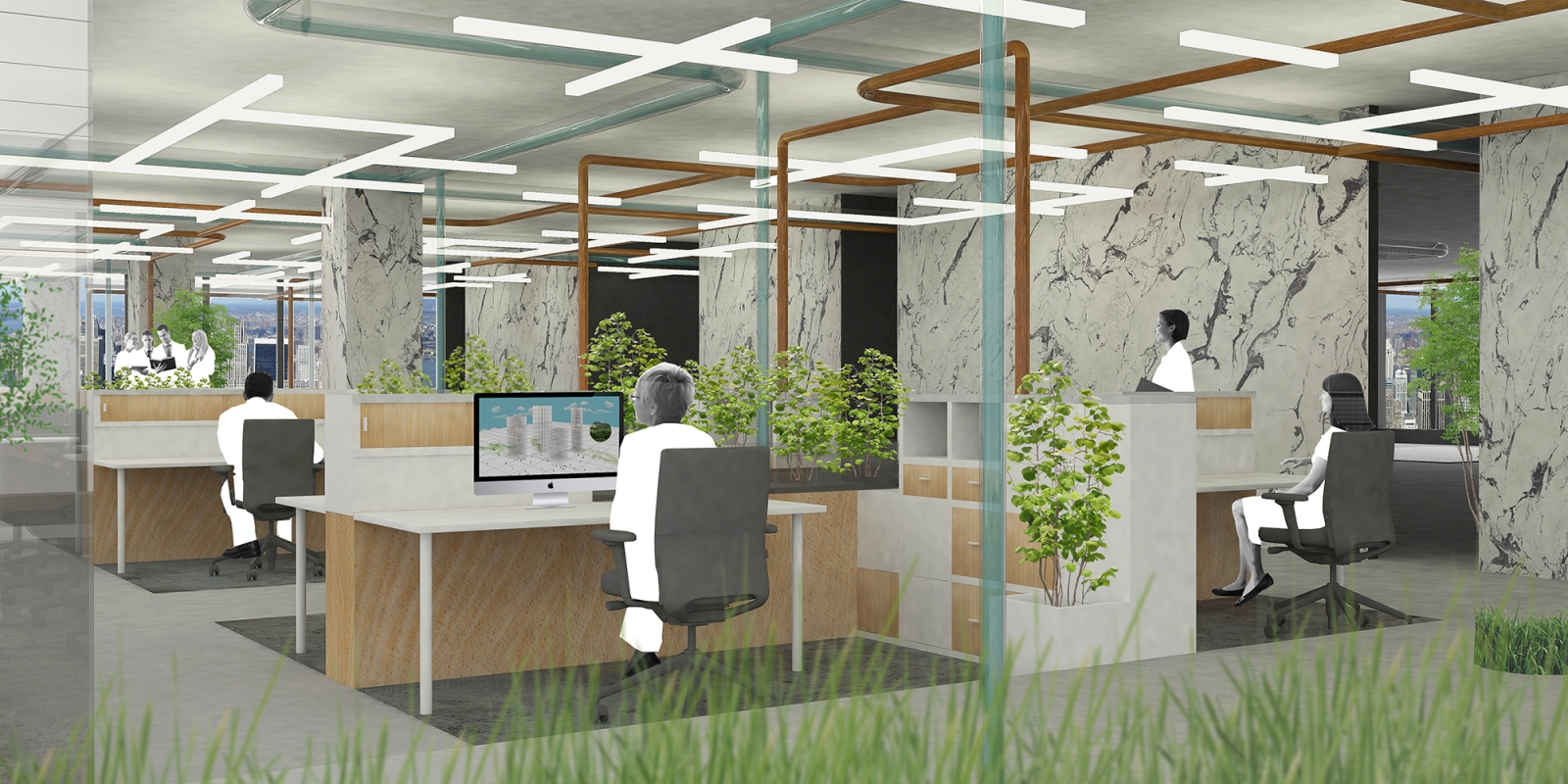 Graduate student Jia Hua imagines how our cities would look like if nature and architecture were more greatly intertwined.

The interior design MFA program at Parsons The New School for Design in New York City turned five years old last year, Jonsara Ruth, the director of the program, reminded visiting critics—architects, interior designers, educators, and this editor—early this May. For the grads, this is a time of nervous anticipation, tinged with a strong sense of accomplishment created by the rigorous research and analysis they’ve been conducting, and their design responses to what their studies revealed.

Crits these days rarely resemble the brutal and utter destruction of student self-worth depicted, with humor and pathos, in Oren Safdie’s (Moshe’s son) 2001 play Private Jokes, Public Spaces. We, the critics, have been working for years to create a civilized and supportive atmosphere, searching for ways to challenge, constructively, each student’s presentation, giving advice where needed and critical input backed by our experiences.

These grad students are mature, thoughtful, committed people who have taken on some complex and timely issues that designers in every specialty need to be concerned with. The assumption, on the part of everyone in the room, is that the subject matter introduced by each student needs further exposition by the students themselves and the design community at large. This has been the case since I started serving as a critic here five years ago.

This spring I come in for the morning presentations, and they’re inspiring. Laura Suppan, from Austria, deconstructs the meaning and application of “minimalism” and “maximalism.” Unlike in art, where minimalists like Donald Judd and Yves Klein adhere to a strict use of a simple form or a single color, the movement’s followers in interior design are much less rigorous. A quick Google search reveals rooms labeled “minimalist” that are furnished with period styles and decorated with a liberal use of color and pattern, though less florid than rooms that claim otherwise.

​Crits these days rarely resemble the brutal and utter destruction of student self-worth depicted, with humor and pathos, in Oren Safdie’s (Moshe’s son) 2001 play Private Jokes, Public Spaces.
Suppan’s interpretation of minimalism is to find a limited number of high-performance materials, in neutral shades, supporting varied community needs. She manipulates space, brings in light, and creates vistas that are architectural in approach and execution. To her, “maximalist” refers to the many possibilities for spatial function, dividing the large room with its grand vistas while creating privacy as well as opportunities for connecting with others. This is not a discussion about style. It’s about people and their relationships to each other and to their city.

Jia Hua, from China, is also examining the urban context, as it relates to nature, starting with the dense, high-rise city where she once lived, and looking at the quality of life in a small-scale garden city in another province. She translates this research to document the green spaces around Mies’s Seagram Building on Park Avenue, and suggests ways to soften its astringent interior while helping to clean the air. She challenges the idea that a modern building should put a curtain wall between people and the natural world outside.

I was sorry that I had to leave Parsons that morning. But as I walked to my office, I thought about the interior designers who are about to enter the profession. I smiled. 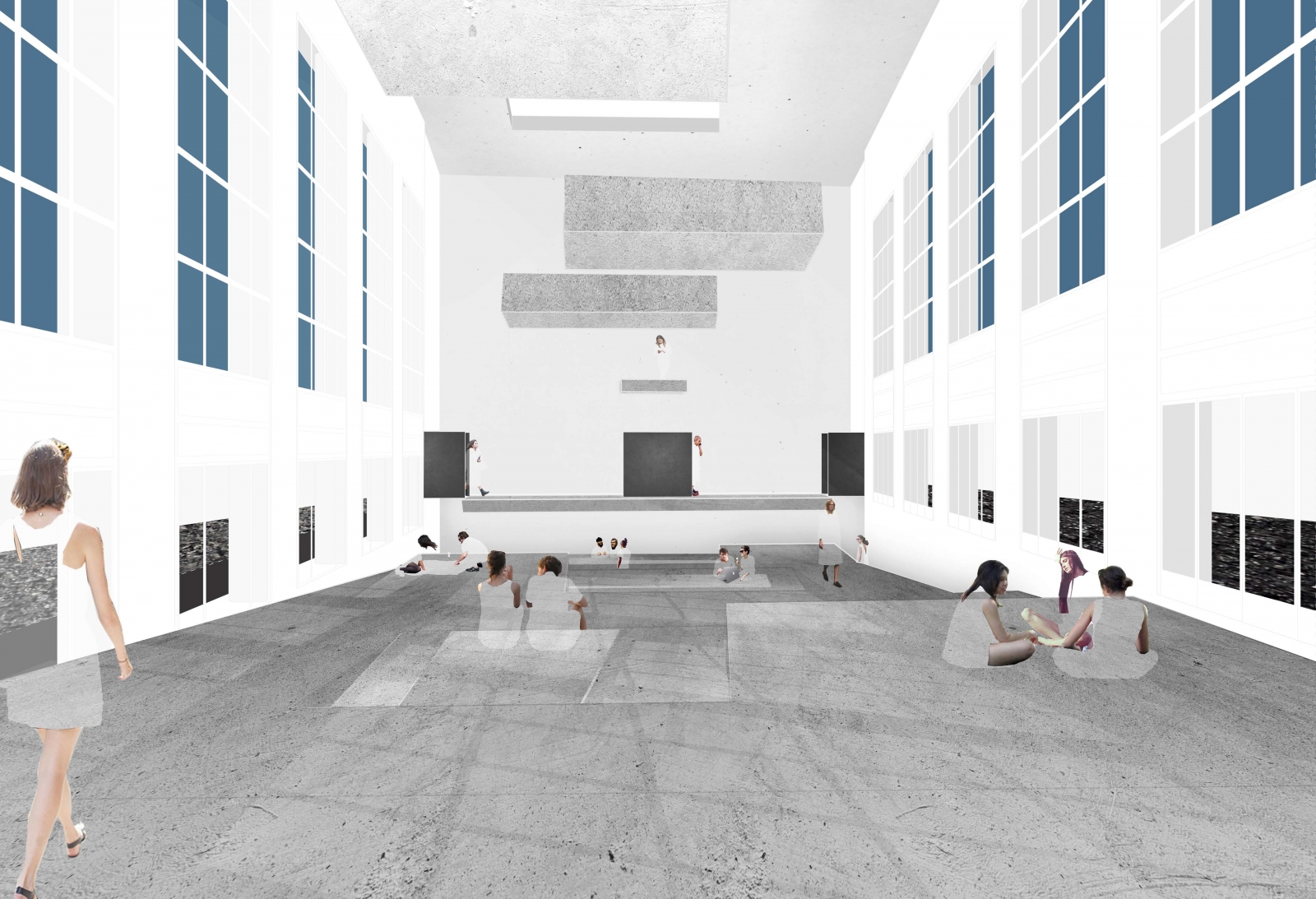 Laura Suppan offers up a novel interpretation of architectural minimalism through the use of high-performance materials, in neutral shades, supporting varied community needs.