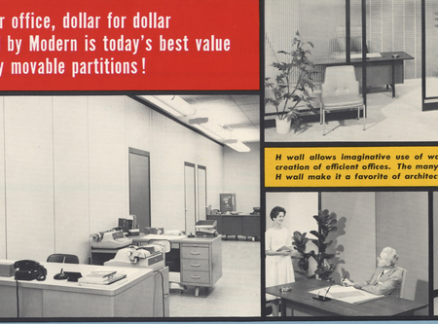 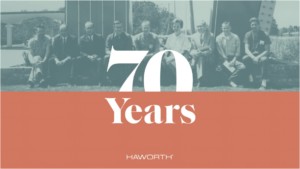 “The money that started the business was earned the hard way,” says Dick Haworth. “Grandpa went from farm to farm selling Watkins cosmetics and spices; that’s where the money came from. I’m particularly proud of that. It’s a great foundation for a business.”

“My father ended up going to a hardware store, getting a lot of bits and pieces and dumping them on a table — and inventing the prewired partition. Right as he developed it, the personal computer came to the ofﬁce, and we boomed!” says Matthew Haworth.

“As a company, we manufacture in the markets where we sell our products,” says Dick Haworth. “Our plants in China aren’t there to supply the North American marketplace, because they supply the Asian markets. It means we have high-quality jobs in all of the markets that we are involved in.”

“We recognized that our deep insight into the physical workplace could be translated into user experience in a virtual workspace,” says Dick Haworth.

“Underpinning everything we do is the fact that we are a values-led organization. And things like design, knowledge, and learning are part of that,” says Matthew Haworth. “We believe that our strong principles and culture give us a competitive advantage.”[/vc_column_text][/vc_column][/vc_row]