All of the Danish designer’s pieces, marked by muted colors and pure forms, will be showcased at Duravit’s New York showroom during NYCxDESIGN. 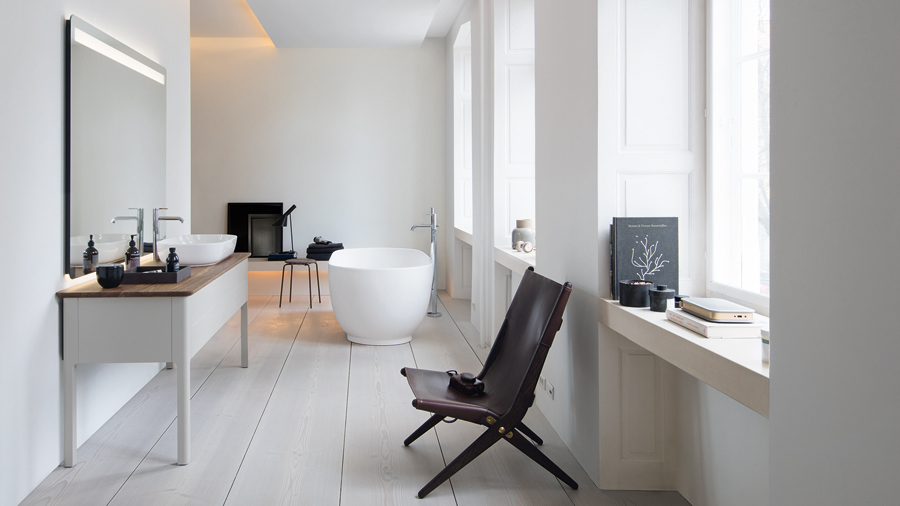 The New Nordic movement—marked by muted colors and pure forms—extends to bathrooms with Danish designer Cecilie Manz’s Luv series for Duravit. “The image in my mind’s eye from the very start was a bowl filled with water on a simple table,” Manz says, and her designs stay remarkably true to this inspiration. The above-counter basins are generous vessels that come in three widths, while the console below stands on four rounded, height-adjustable legs. Both pieces are available in matte lacquers and glazes that Manz developed exclusively for Duravit in soft colors to augment the collection’s aura of spaciousness and simplicity. While this bowl-and-table pairing is the core of the collection, Manz also developed mirrors with integrated LED lighting and bathtubs that echo the shape of the basins. All these pieces will be showcased at Duravit’s New York showroom during NYCxDESIGN.