Luca Nichetto and Cassina borrow a production process from the car industry for the Motek chair. 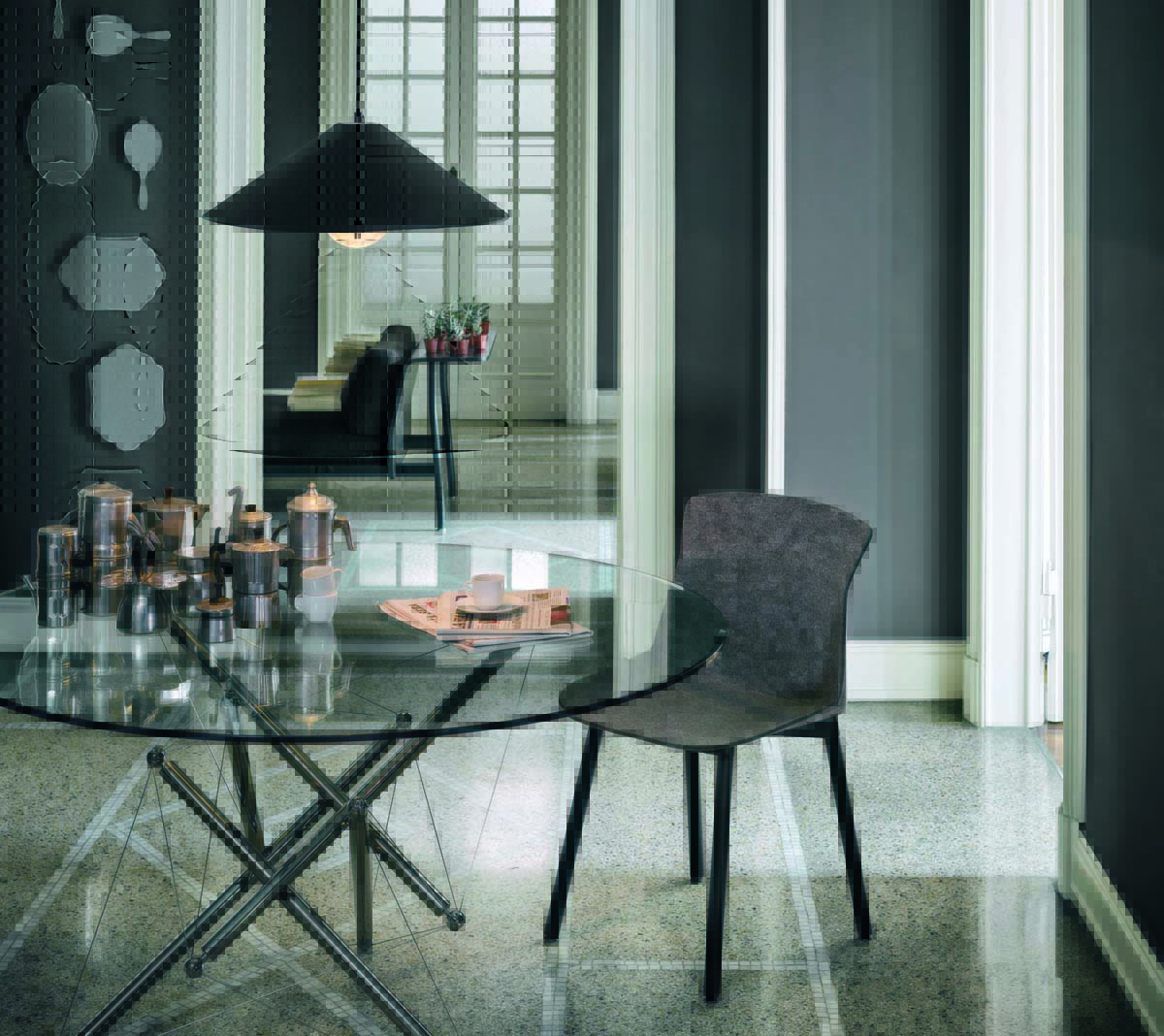 The chair’s unique geometry is striking, but Nichetto is quick to point out its other features. “It is acrylic felt, made with recycled water bottles. The nice thing is that when you compress acrylic felt in a mold, it becomes rigid.”

Nobody seriously believes anymore that beauty and technology are opposing forces; some of the most exciting designs being created today are about this relationship. Luca Nichetto’s two Motek chairs for Cassina—an armless version, which was released in 2013, and an armchair that was unveiled at imm Cologne in January—are prime examples of this merger.

Nichetto found his inspiration for these chairs from two sources: Japanese origami and a molding technology used in the automobile industry. “I wanted to work with felt, but in a different way,” says Nichetto. “I thought automotive technology could be an interesting process for a chair.” This process uses pressure molding to fold a sheet of felt, which creates a rigid, loadbearing body without losing the original lightness and beauty of the material—much like origami. 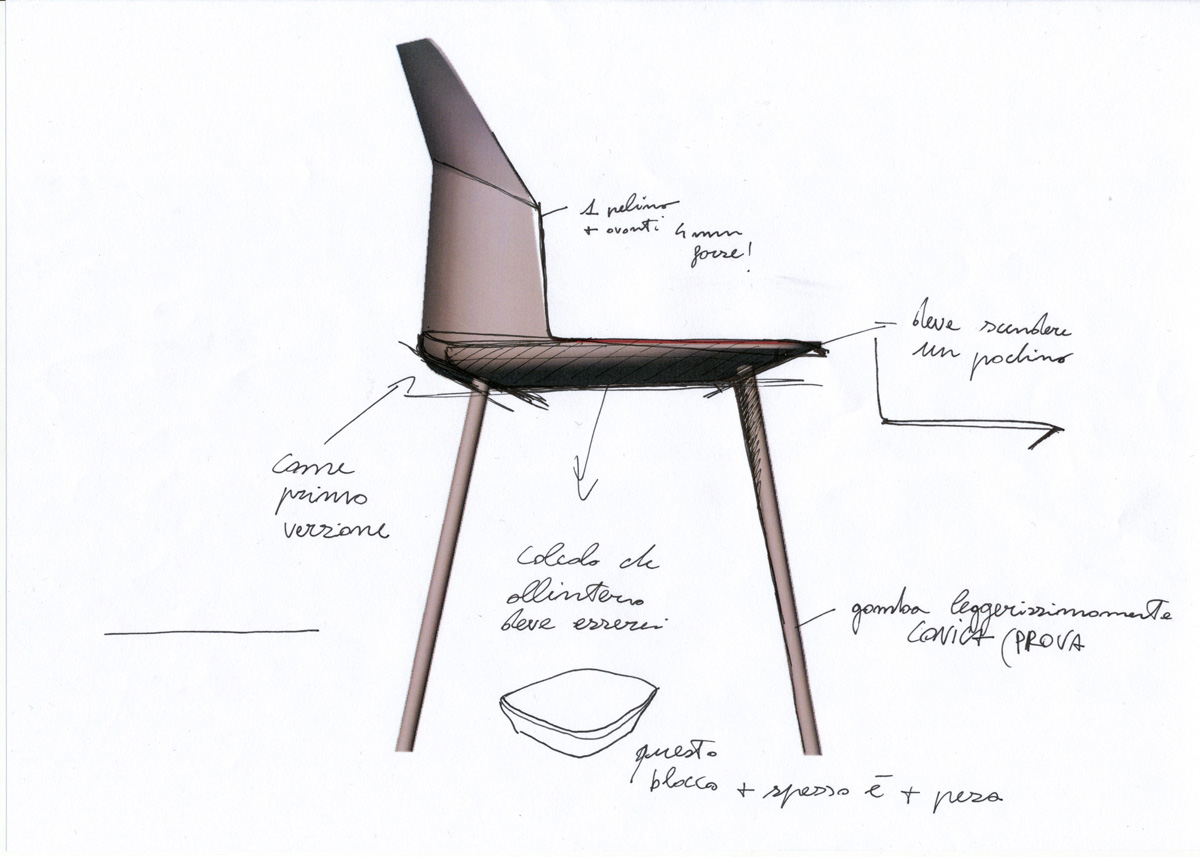 A sketch of the origami geometry. “We created the shape of Motek after the molding process, not vice versa.”

“The idea was really to see what’s possible with a technology that is never used in the furniture industry,” says Nichetto. He knew Cassina would support his idea. “The important thing about Cassina,” he says, “is that it’s a leader not only in production, but also from a research point of view.”

Nichetto’s pair of chairs, which can also be upholstered in leather, strikes a balance between the innovative and the familiar. “The armless version, which is completely recyclable, is the more experimental of the two,” Nichetto says. “The other chair is a little bit more conservative, but a better match with the Cassina collection.”

“I wanted to create a family of chairs that could be used in both contract and domestic environments,” Nichetto says. “With the armless version you can recycle both the shell and the structure.”