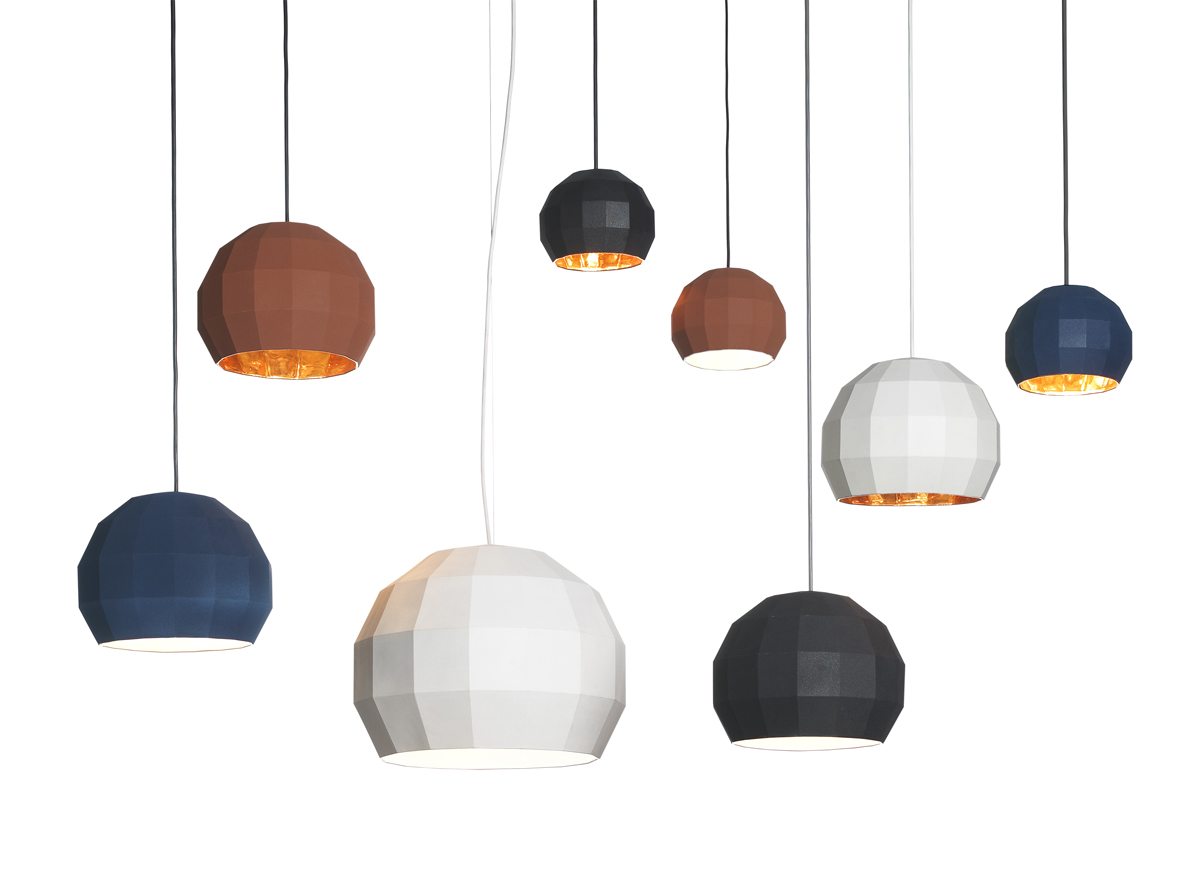 The design for the Scotch Club lamp (Marset) by Xavier Mañosa and Mashallah is the result of a unique combination of handmade craft and computer technology.

In 2008, at the Frankfurt design fair, Xavier Mañosa, head of the ceramics studio Apparatu, met the design team Hande Akçayli and Murat Koçyigit, founders of the interdisciplinary design studio Mashallah. “From the ﬁrst hello we fell in love with each other,” says Mañosa. Each other’s work, that is: “After just a week, we decided to collaborate.”

From the outside, the partnership may seem odd. Mashallah’s digitally driven design process contrasts with Mañosa’s artisanal background as a ceramist. “After visiting each other in our workplaces, it was clear that both studios had absolutely different approaches,” says Akçayli. While this presented a major challenge, it is also what makes their Scotch Club collection for Marset unique—the combination of technology and craft in lighting. “The Scotch was the outcome of our conceptual approach that we deﬁned together,” says Koçyigit. “The prototypes were strictly handmade.”

Mashallah started out by creating a 3-D blueprint on the computer and emailing it to Mañosa, who printed the 2-D version and assembled it in paper and glue, experimenting with the size and proportions. Then when the ﬁnal drawings were due to Mañosa, his Internet was down. “The only thing I could do was bring out this dusty old fax machine,” he says. “What a challenge it was to build and glue this yellowish paper, but the fax was a great symbol of this mix of old and new.” Mañosa then made a plaster mold directly from the paper model.

The result, a ceramic lamp with 72 facets that resembles a disco ball, debuted in April  at the Milan furniture fair. Mañosa, Akçayli, and Koçyigit explain here their pairing of technology and tradition. 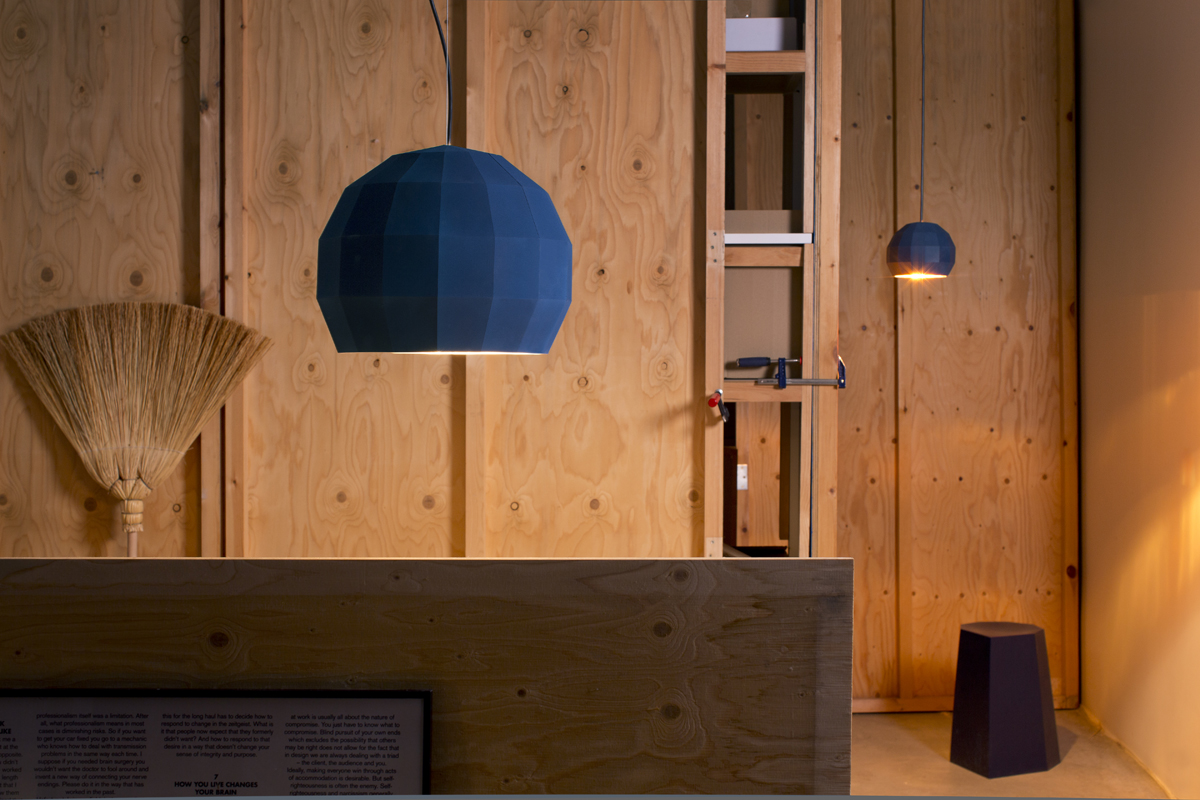 “The digital construction data was formed with only straight lines so that the blueprint could be sent, printed out, and assembled out of paper.” 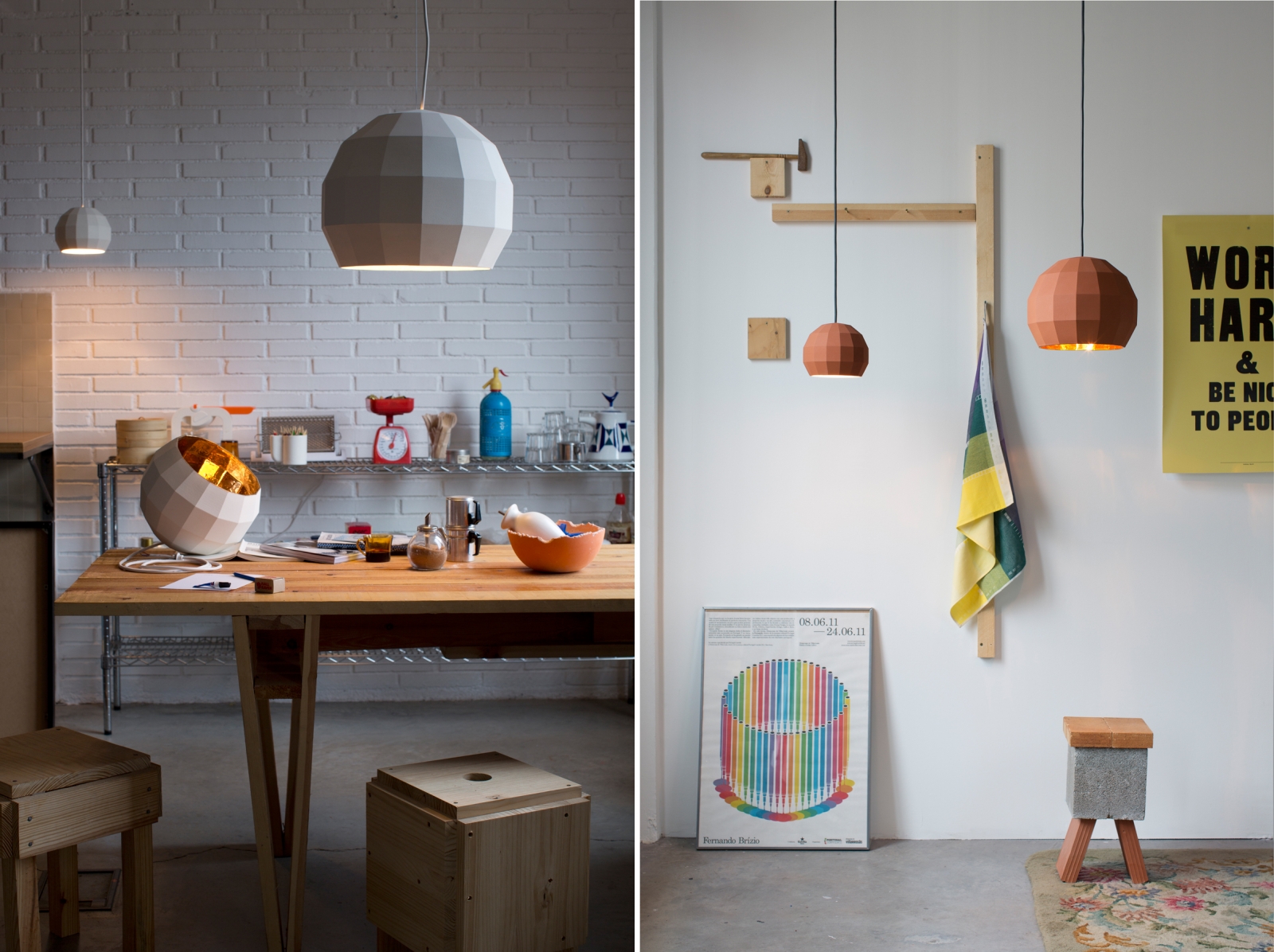 “The lamps were fired four times—using glazes specifically developed for this collection—and incorporated warm, high-quality materials, such as gold. We discovered a resin that allowed us to harden the paper and make it water-resistant. With that system, we were able to make a plaster mold directly from the constructed paper.” 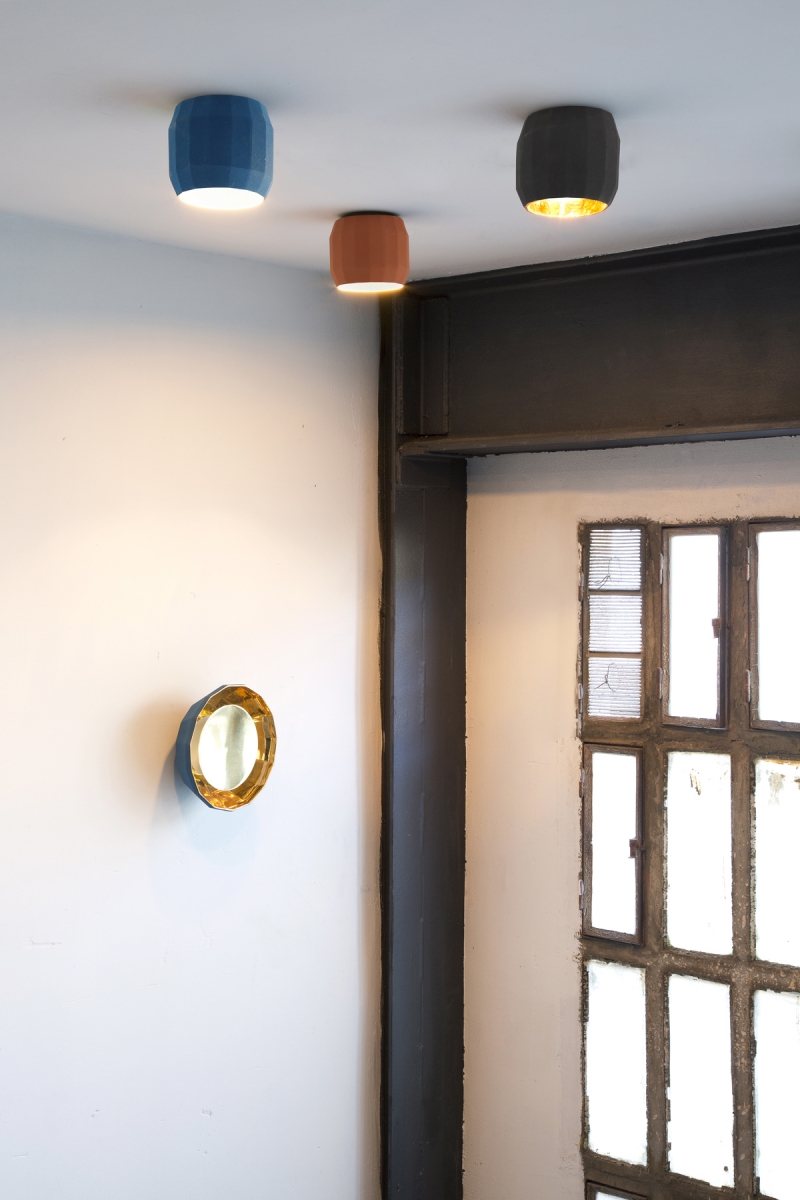 “The lamp is available as a pendant and in versions that can be directly mounted to the wall or ceiling.”

Xavier Mañosa (b. 1981) founded the ceramics studio Apparatu in 2007. He studied industrial design at Barce- lona’s ESDA Llotja and graphic design at Bau School of Design.
Hande Akçayli (b. 1974) and Murat Koçyigit (b. 1974) founded Mashallah in 2008. Akçayli studied design and experimental fashion in Moscow, Istanbul, and at the Berlin University of the Arts. Koçyigit, also a graduate of the Berlin University of the Arts, studied industrial design with an emphasis on process design.