A new Danish group believes design can make the world a better place—one swinging drinks tray at a time. 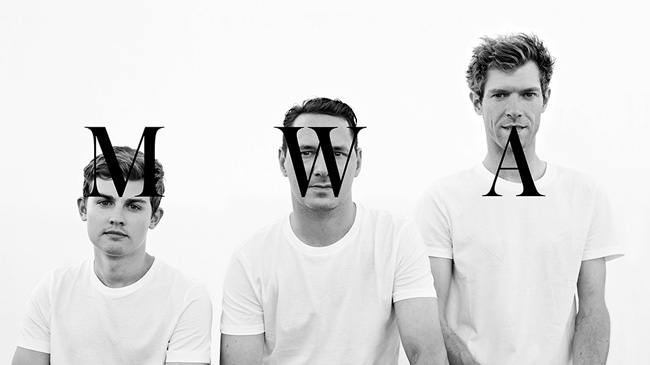 All images courtesy Makers With Agendas

Julien De Smedt, William Ravn, and Wouter Dons, the founders of the Copenhagen-based ﬁrm Makers With Agendas (MWA), chose their company’s name with care. The moniker neatly encapsulates the blend of DIY culture and activism that informs their work.

“Our ethos is: Does it deserve to exist?” Ravn says. “The name says it all,” De Smedt agrees. “It’s the way we design. We want to make things and we start out with an agenda. We don’t believe in bringing out new stuff just for the sake of bringing it out. A new design should add something necessary to our world.” 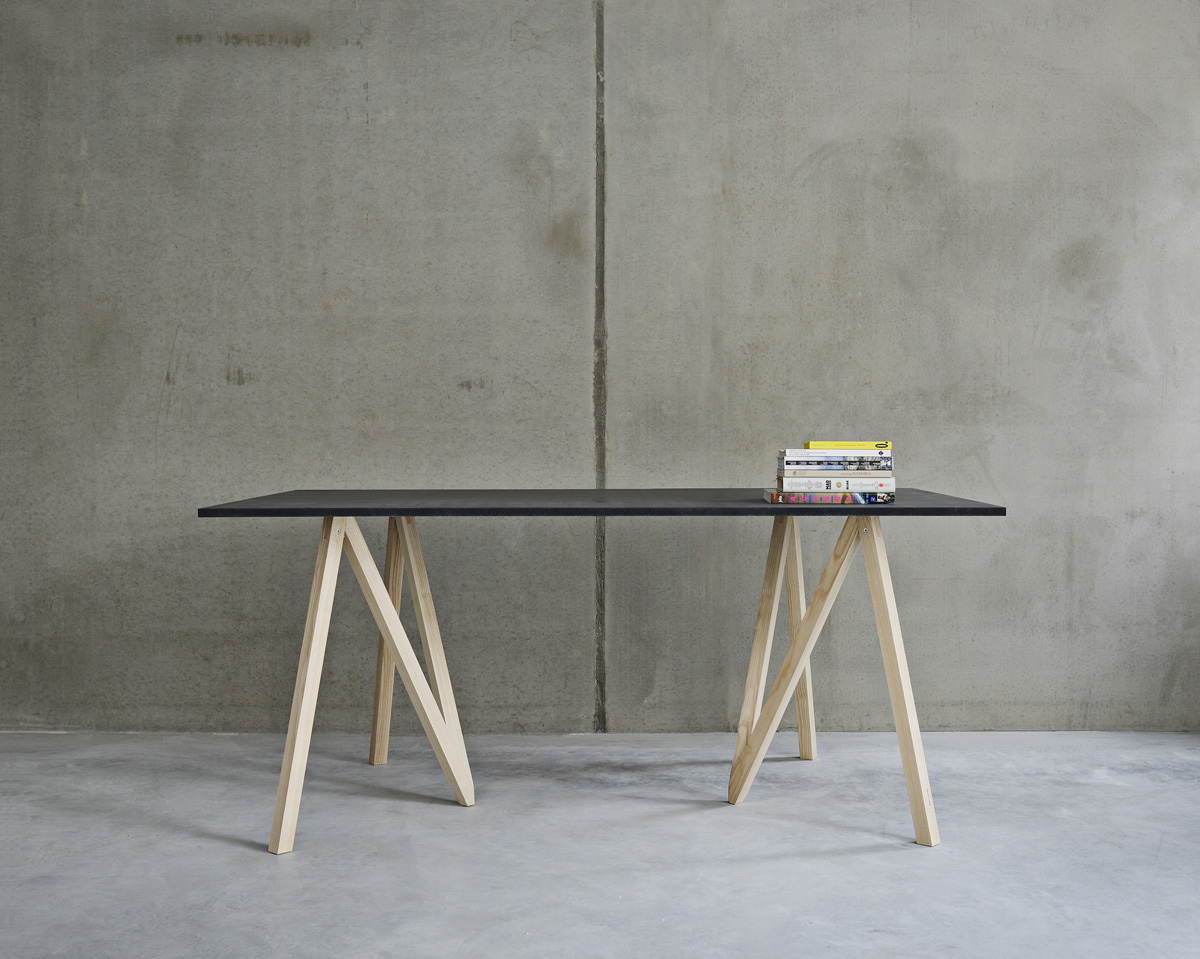 The Accordion table is the “most compact trestle in the world,” says its designers. The table legs (table not included) expand out like an accordion and fold back into a single stick.

But activist earnestness isn’t all that MWA has to offer. A spirit of mischief, magic, and sleight-of-hand animates all six products in the new line, which the group showcased last November at New York City’s New Museum and is now available in the museum shop.

For example, it’s perfectly accurate to describe Accordion, an M-shaped trestle table made of ashwood, as an attempt to address the high environmental impact of global shipping by designing a lightweight product. The base of the table ships ﬂat because it collapses into a small, elegant wand. The description, however, doesn’t capture the delight of seeing the ingenious design in action: it transforms from stable structure  to stick and back with one ﬂick of the wrist. “Simple gesture, simple design, complex geometry. It’s complex simplicity,” says De Smedt.

There is also Stilt, a hybrid shelf-and-easel that allows you to display artworks without damaging walls, and Swing, a drinks tray hanging from three cords that Ravn claims you can whirl upside
down “without spilling a drop.” Centrifugal force keeps the liquids safely in their glasses. 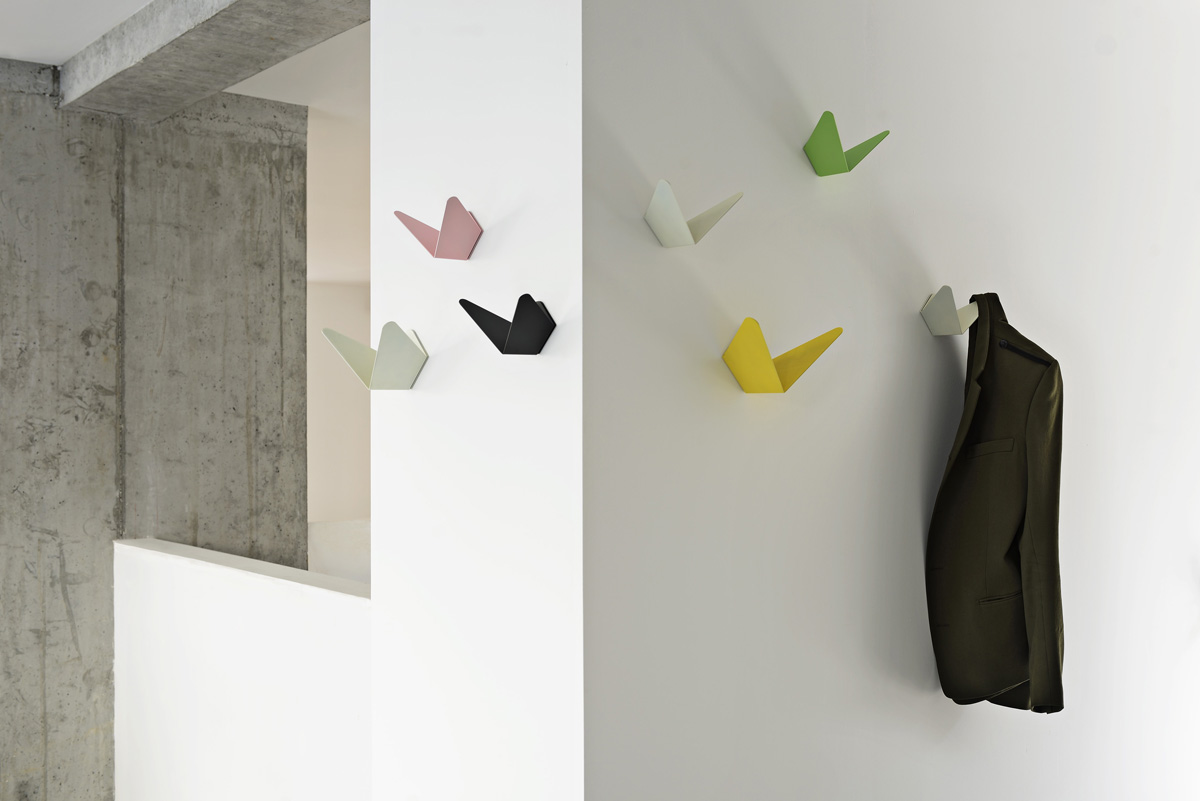 Butterfly is a metal scoop that can fixed to the wall to hang your coat and also hold your keys and wallet.

With their poster series “Design Is Collective,” MWA’s designers  call attention to issues they believe designers can and should tackle. An image of an ingot of coltan—a mineral used to make many electronic devices—is captioned “Design Is Evil,” underscoring the sad fact that minerals sourced from the Democratic Republic of the Congo can put money in the pockets of genocidal warlords.

Their next project, funded via Kickstarter, is a bike that seats two on an elongated, cushioned seat like a motorbike’s. (Even in Copenhagen, the ultimate bike-friendly city, it’s illegal for two people to ride on a bike designed for one). The activist bit? A storage rack sized to ﬁt a piece of carry-on luggage. “In certain cities you could take the car out of the equation of going to the airport,” says De Smedt. “With just a small tweak to the design of a bike, you can skip cabs and cars.” 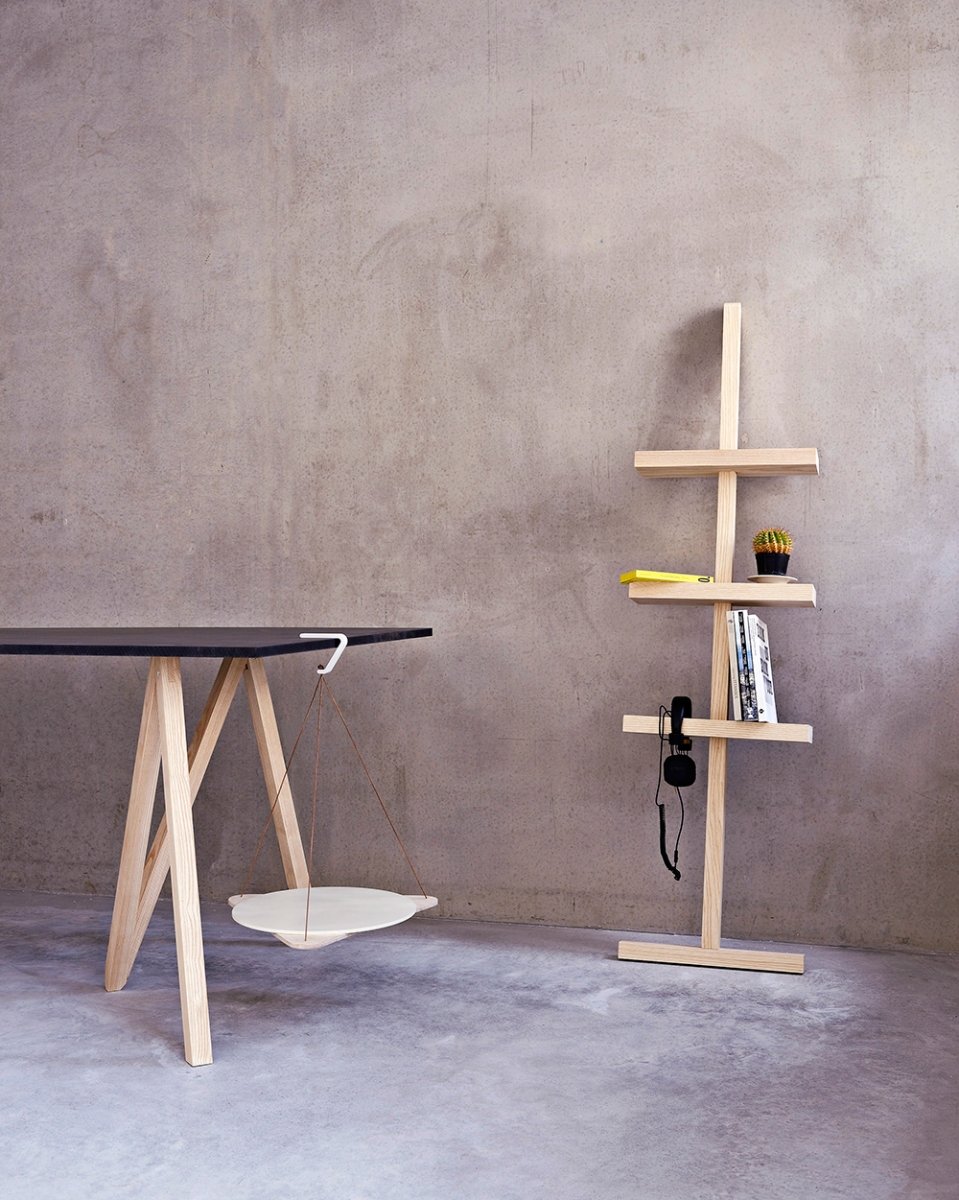 The collapsible Accordion table (above, left), the Swing drinks tray (hanging from the table), and the Stilt shelf (right).