Mushroom-Grown Light Shades Among Most Eco-Friendly on the Planet 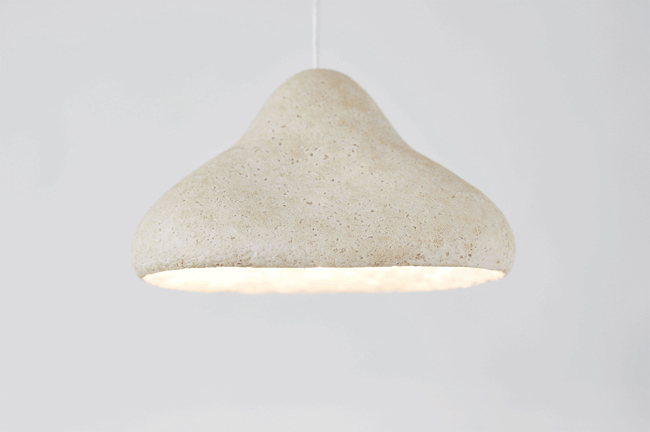 Mushrooms have been cultivated as a delicacy in the East as far back as the 13th century. The fungus became popular as a food source in the West only after the French discovered how to grow it on a large scale 400 years later. Today, the gastronomic treats are being heavily researched as an ecofriendly alternative to wood and plastic.

Krown, a newly formed collective of designers, researchers, and growers, is investigating the organic material for its applicability in industrial design to help reduce our carbon footprint. The group recently debuted its series of light shades made from mycelium–the vegetative structure of mushrooms–and locally sourced agricultural waste at Dutch Design Week. “Mushrooms are called the cleanest material on the planet,” says Eric Klarenbeek, a founding member of Krown. “By using and embracing this new technology, we’re using the power of nature to make products.”

The pendants, made from Dutch-grown mycelium, shiitake, or oyster mushrooms, are fully sustainable and can be composted in a home garden at the end of the product life-cycle. 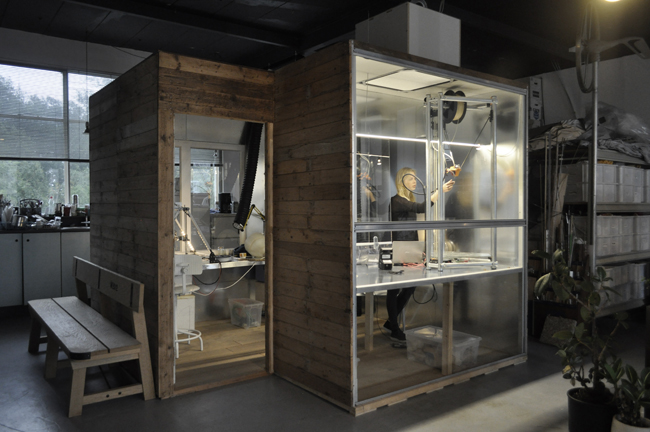 “We grow on demand when you order a lamp. This process takes around two weeks. We use 3D-print molds to grow the light shades in this shape. Then after four days we take it out of the mold and it takes an additional week to dry and stabilize the product.” 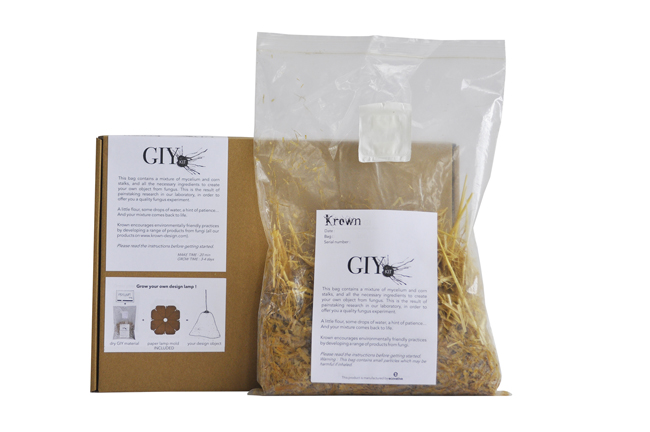 “We 3D-print a paste consisting of water, mycelium, and organic waste, which can consist of sawdust, cornstalks, hemp, or any organic matter—even paper works. We’re using this organism to bind organic waste to replace traditional woods and plastics. The nice thing is that it’s renewable and all compostable.” Krown also offers GIY kits, so you can grow the shades on your own. 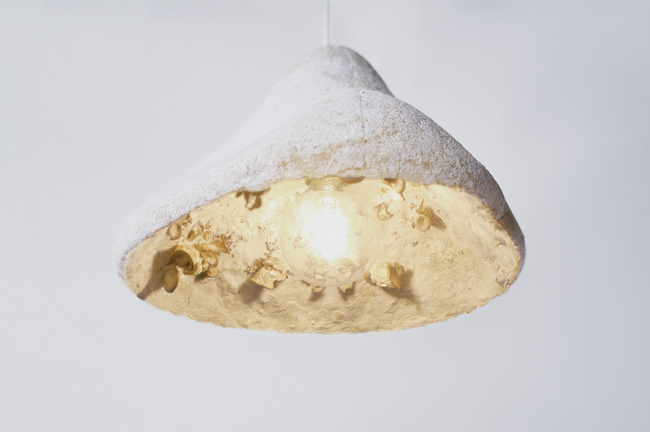 “Different mushrooms all have their own properties. For instance, shiitake mushrooms start white but then start to colorize and develop brown dots on it, which we think is a very cool aesthetic. With the oyster variety, we let it sprout mushrooms as a decorative element.” 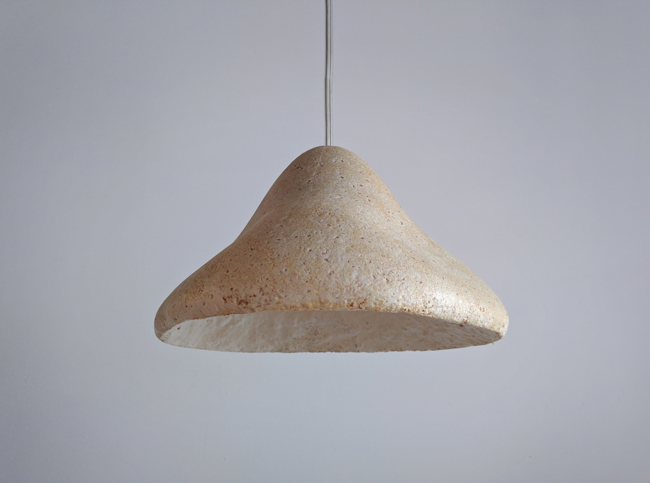 “We create light shades out of this material because it’s nice as an insulator, it’s not flammable, and it’s also interesting in combination with lighting. There’s a lot to learn from these organisms. That’s why we’ve been studying it for the last five years because we believe so much in the potential of this material. It has so much ecological potential, and it’s almost unimaginable what it can do.” 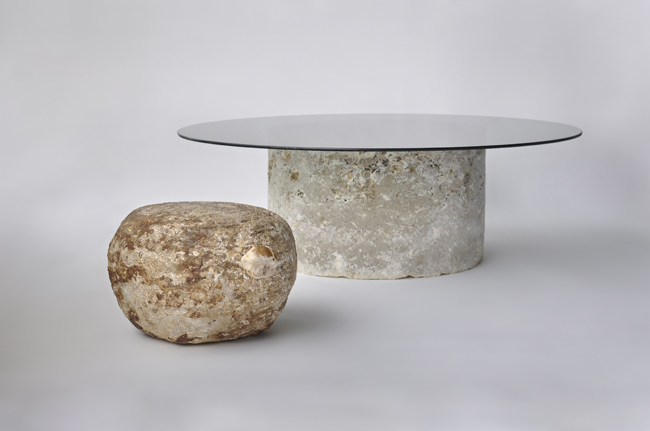 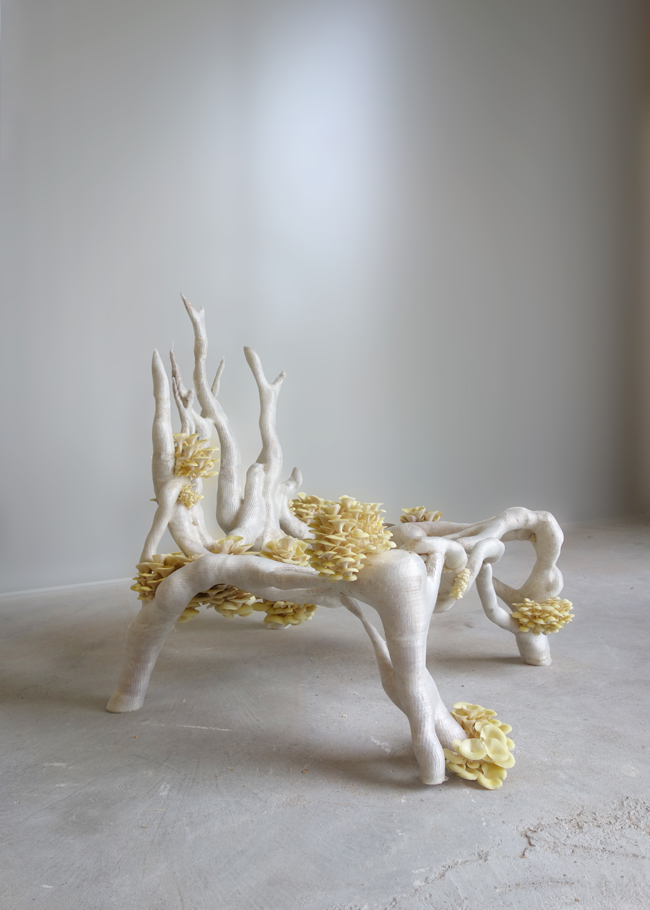 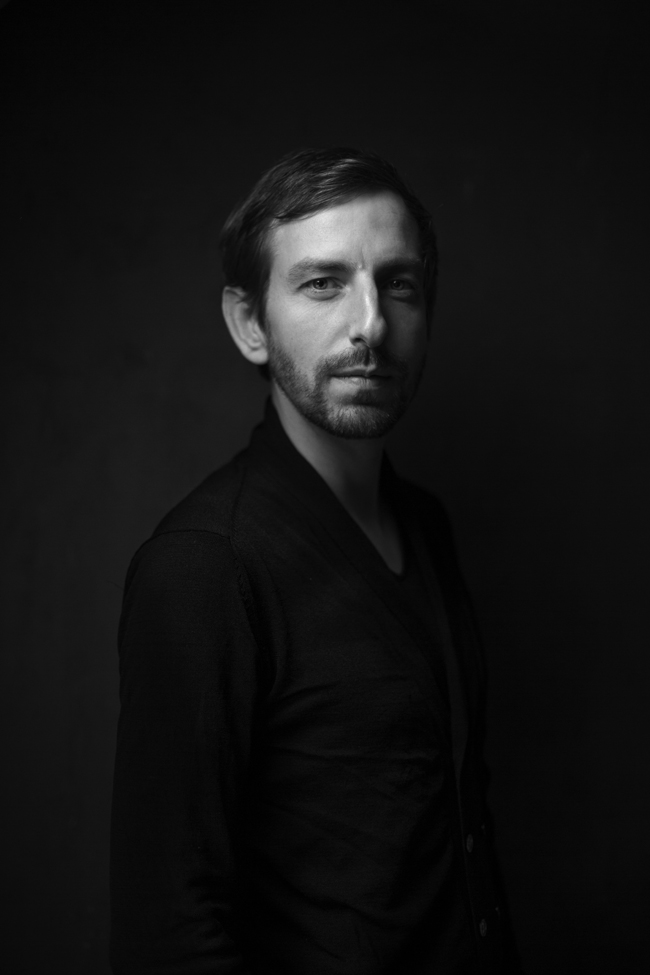 Eric Klarenbeek (b. 1978) is a founding partner of the Netherlands-based studio Designers of the Unusual and one-fourth of Krown, a new collaborative focused on researching and developing mycelium products. He graduated from the Design Academy Eindhoven in 2003 and has since gone on to work with clients including Moooi and Eneco. Klarenbeek’s work has been exhibited at the Victoria and Albert Museum, Dutch Design Week, and Berlin’s Designmai festival.