With the launch of the Silica Prints collection, Momentum Textiles is now a fully PVC-free company. 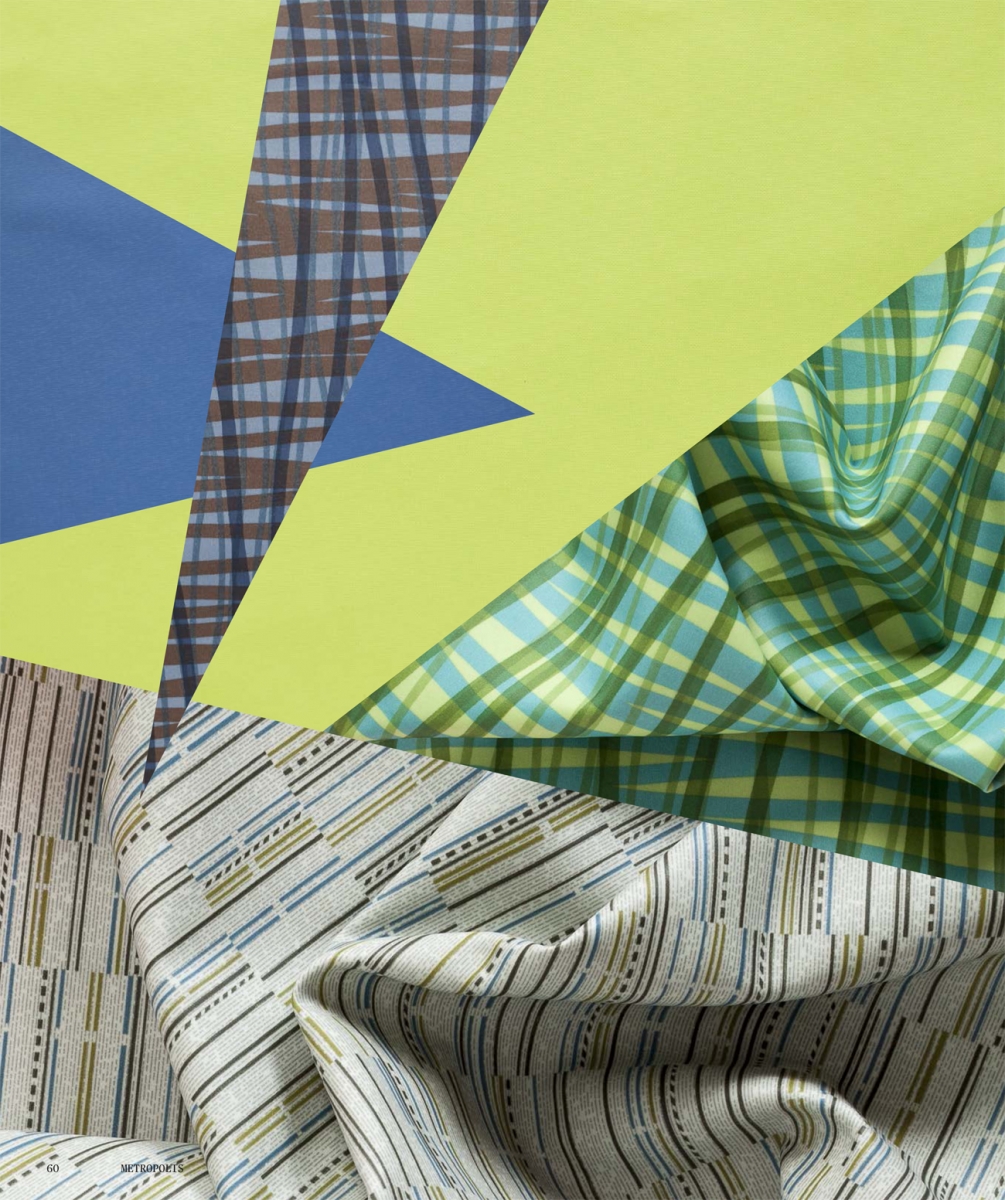 Silica was initially released in four colors and textures, but the range was soon expanded to include a wide spectrum.

Six years ago, Momentum Textiles had a breakthrough moment: The California-based manufacturer released Silica, a sustainable alternative to vinyl and polyurethane-coated fabrics. Polyvinyl chloride (PVC), known for its virtually unparalleled price and durability, has long been the go-to material for most textile manufacturers, despite concerns about the harmful nature of phthalates—chemicals enhancing the performance capabilities of plastic, from softness to durability. Phthalates, which are not chemically bound to the PVC polymer, can be released from the products and diffuse into air, water, and food. These emissions in turn have a toxic effect on the environment and have been linked to various health issues, particularly in young children. And yet, in 2013, 40 percent of all coated fabrics still used vinyl, so entrenched is the material in the industry.

Taking this on was an ambitious project from the start. Silica’s initial release was two years in the making, and it has taken more than twice as long for the follow-up breakthrough—the release of Silica Prints last month. In the meantime, the new material has more than proved its worth. Produced using less water and energy than traditional coated fabrics, GreenGuard-certified Silica was created with no PVC or solvents, with no harm to air or water quality at the end of product life. “You can imagine it’s gone from zero to becoming our most successful product,” says Roger Arciniega, president and CEO of Momentum Group. “We’re the largest supplier of commercial upholstery, so for it to be our most successful product, that’s saying something about how the industry has received it.”

Beyond its environmentally friendly nature, Silica boasts a slew of other advantages that were further refined during the development process. The material is antimicrobial and antifungal, as well as easy to clean—even tough stains can be removed with only water and a mild cleanser. To demonstrate just how easily the material cleans, Arciniega likes to perform a trick—pulling out a ballpoint pen from his pocket and making a mark on the fabric. A quick rub on the stain with his fingers, and the mark is
wiped off.

“When you see companies like Google and Apple going PVC-free, you know that this is more than a trend.”

But it’s also precisely this nonstick quality that made printing patterns on Silica’s surface almost impossible, necessitating the most recent five-year-long development process. When Momentum originally debuted Silica at NeoCon in 2010 (where the fabric was awarded the Best of NeoCon Gold prize), it was able to produce the material only in solid colors and textures. The company then had to develop a method to replicate its rich offering of patterns in the new material—that was the only way it could declare itself PVC-free.

“It took us several years, but we figured out a way to print on the surface of the backing and put layers of clear silicone on top,” Arciniega says. “Now we have a vast array of patterns available to us—we will have a whole binder dedicated to the different options.” In addition to opening up the possibilities of design, this innovation has ensured that the print stays protected beneath the silicone, making it an ideal choice for high-traffic areas such as airports and hospitals. “You get all of the visual benefits of other textiles and the cleanability and the environmental benefits of silicone,” Arciniega points out.

Major projects featuring the material include student housing at the University of Michigan, where Silica Coppercrest is used in every dorm room, and the Parkland Hospital in Dallas, where more than 18,000 yards of fabric have been used so far, with more on order. The textile has caught the attention of large-scale manufacturers such as Wieland, Allsteel, and Nemschoff, and has been broadly applied across different furniture categories. “When you see companies like Google and Apple going PVC-free, you know that this is more than a trend,” Arciniega explains. “I feel confident that Silica has become the gold standard in this category, and now that we’re expanding into designs, rather than just solids, I think we’re going to see more and more of the industry going this way.” 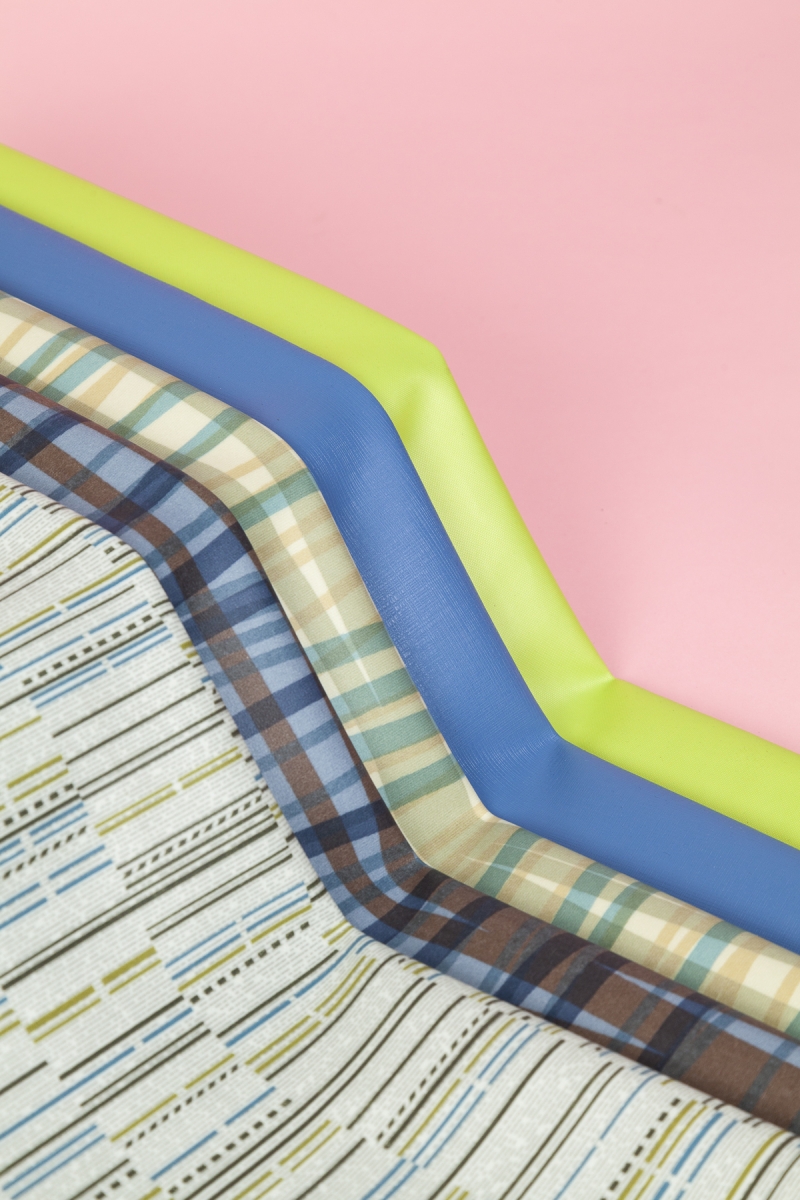 “It became our highest-selling product,” Momentum Textiles president and CEO Roger Arciniega says of Silica. The latest additions to the series, within the Silica Prints collection, come in several patterns, including (pictured top to bottom) solid colors, Silica Reach, and Silica Breeze. 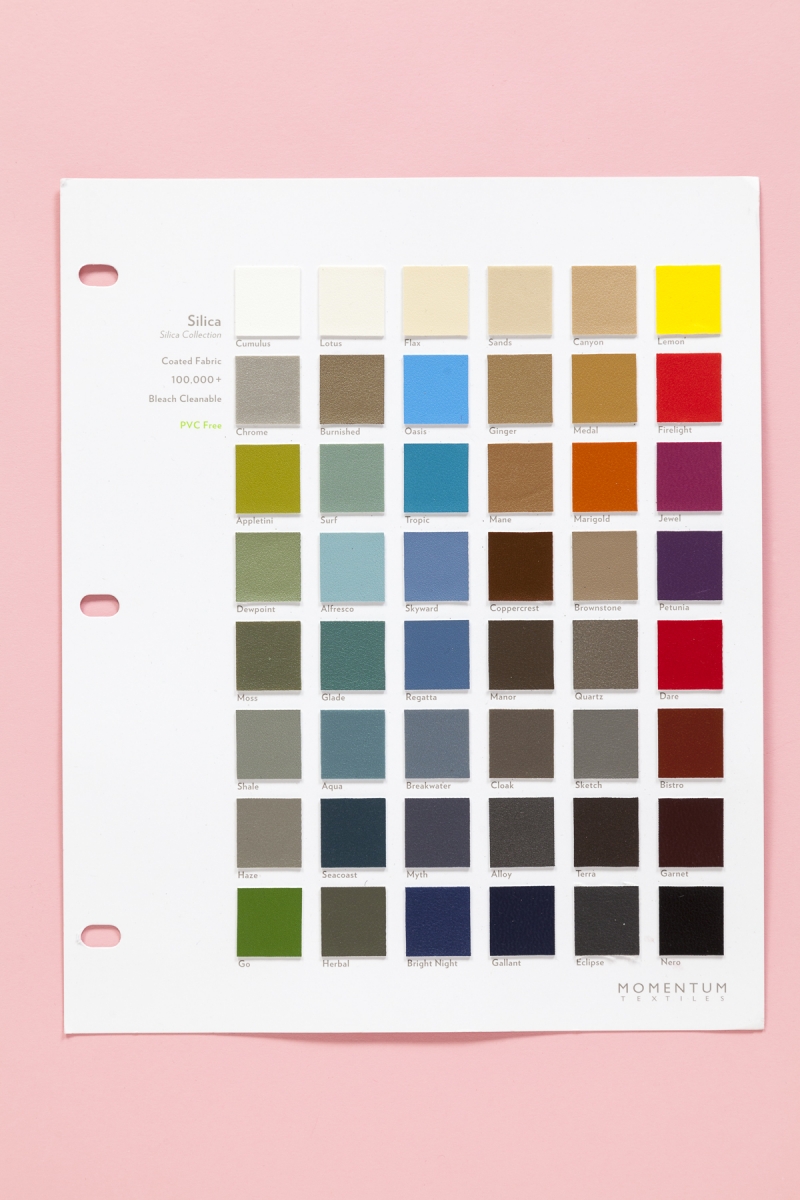 “Ultimately, there will be 30-plus designs,” Arciniega says of the number of patterns that are being planned for the series.