The Brussels-born product designer infuses objects with a reassuring feeling and friendliness. 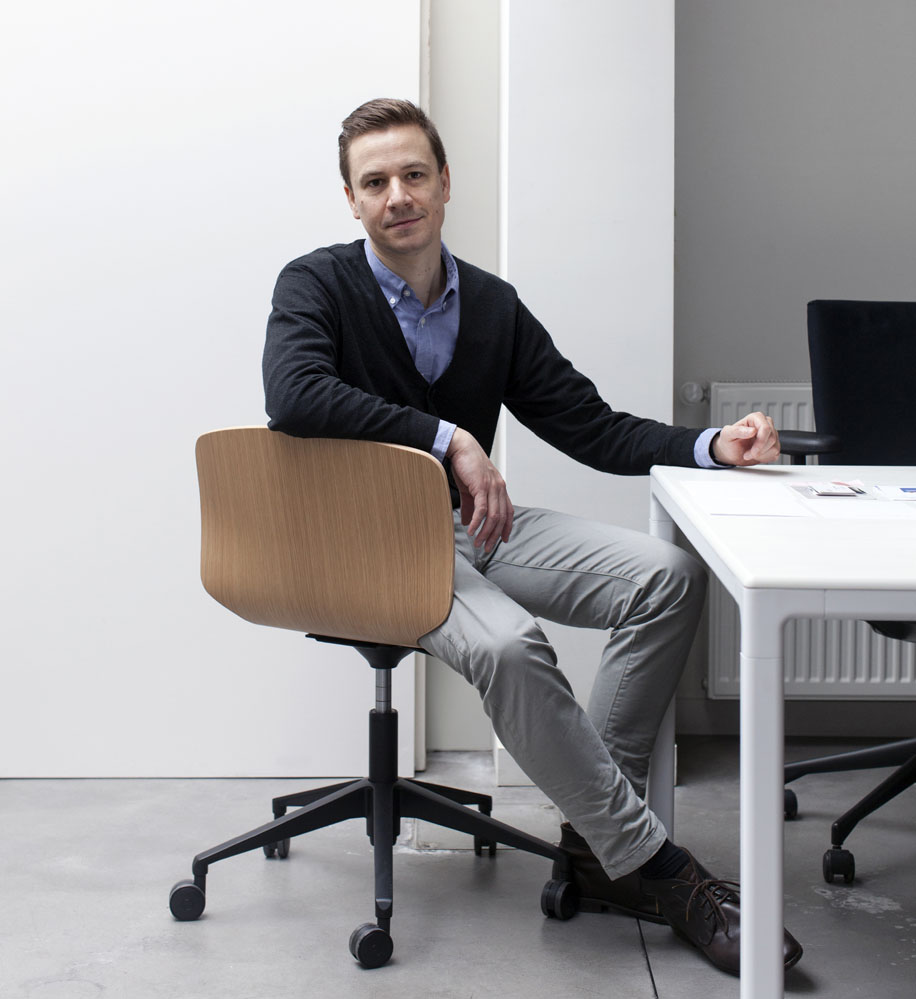 “Simple” is not a dirty word for Sylvain Willenz. “There’s no point in designing something purely for the sake of being wild,” he says. “A designer doesn’t need to prove something through the object. What is essential is that the user finds it functional and friendly.” His belief that a simple form can still challenge a material is clearly visible in many of his projects, from the clean lines of his injection-molded plastic buckets to the sensuous beveled curves of marble and wood in the Alaka collection, developed in 2015 for the French manufacturer Retegui. This flexible approach and pared-down aesthetic has helped the Brussels-born Royal College of Art graduate amass a body of work that runs the gamut from furniture and lighting to textile design.

This prospect of variety is what appeals to Willenz and his small team as they work on projects varying from external hard drives to printed textile ranges. “I think for everyone in the studio it’s nice to be able to work on products that have different types of energy,” he says. “One day we’ll be working on something that will involve a lot of engineering, working with 0.01 millimeters, and then jump back to a textile where we’re talking about centimeters.” His rug collections for companies such as Ligne Roset and Menu fall into the second category, where Willenz abandons technical specificity for a painterly quality that lies somewhere between op art and colorfield painting. “I think the first rug we did was probably the hardest project to start,” he admits. “But then once we got started we just couldn’t stop—we had all these ideas. For me personally it was the perfect medium to express my interest in drawing and graphics.”

Connecting all of this diverse work is an immediately appealing aesthetic that projects softness and warmth. “I’m not about aggressive corners and angles,” Willenz says. “I like the idea that objects give you a reassuring feeling, that they have a sense of friendliness.” But he is also careful not to let familiarity veer into the realm of the formulaic. This can easily be seen in his 2015 Moor Club Seater, designed for the Belgian manufacturer Durlet. The concept evokes the long tradition of plump armchair design and imbues it with a cartoonish quality drawn from the Belgian heritage of illustration, all the while playfully subverting both influences. “You have this feeling that you’ve seen it, but you actually haven’t,” Willenz says. “It’s almost like déjà vu.” It’s this quality of design that seems at once old and new, present from some of his earliest works (he singles out the Torch lamp as a good example), that has carved out room for Willenz, deservedly setting him apart in the saturated field of design fairs and exhibitions. 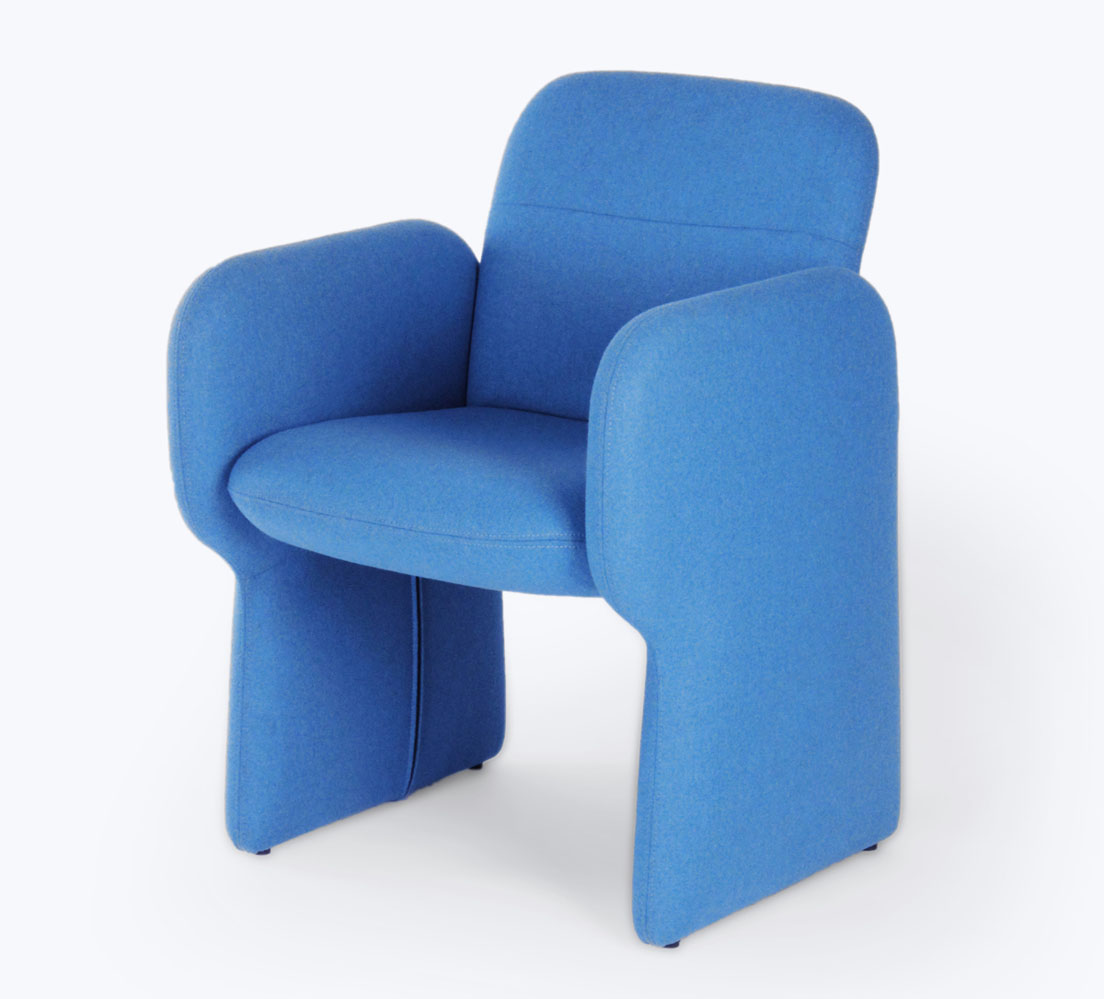 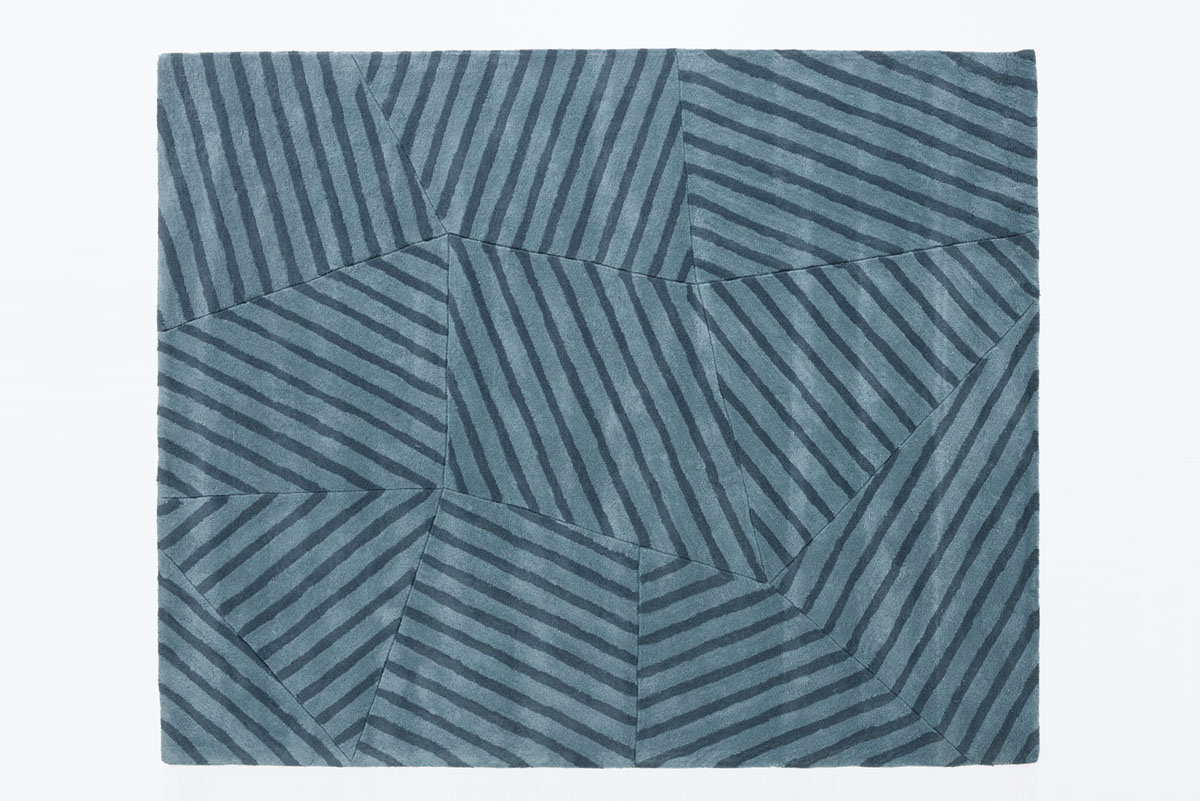 The Fields rug collection, made from 100 percent tufted wool 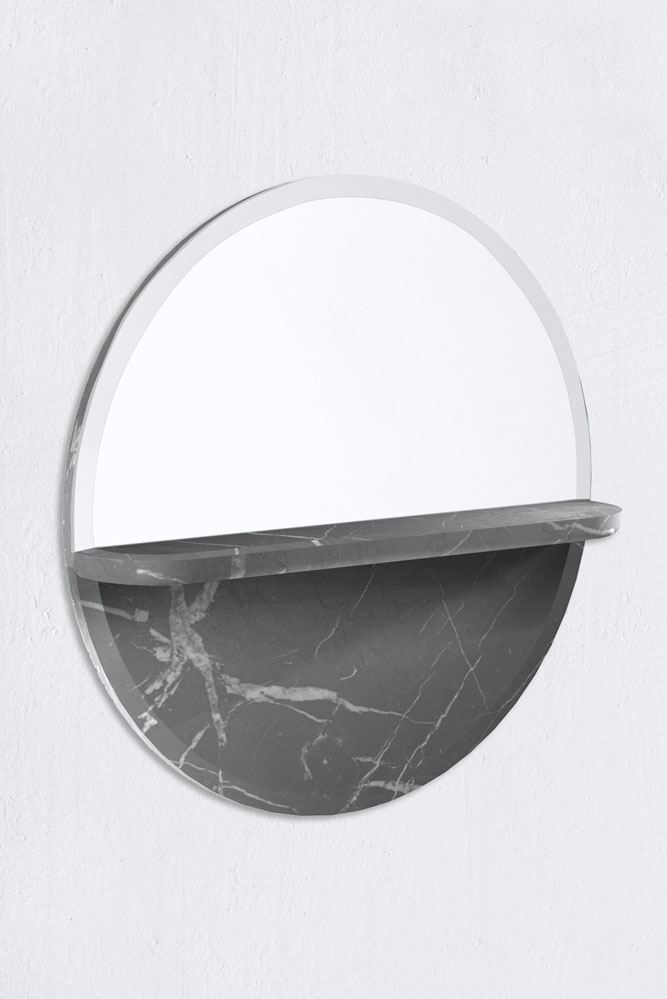 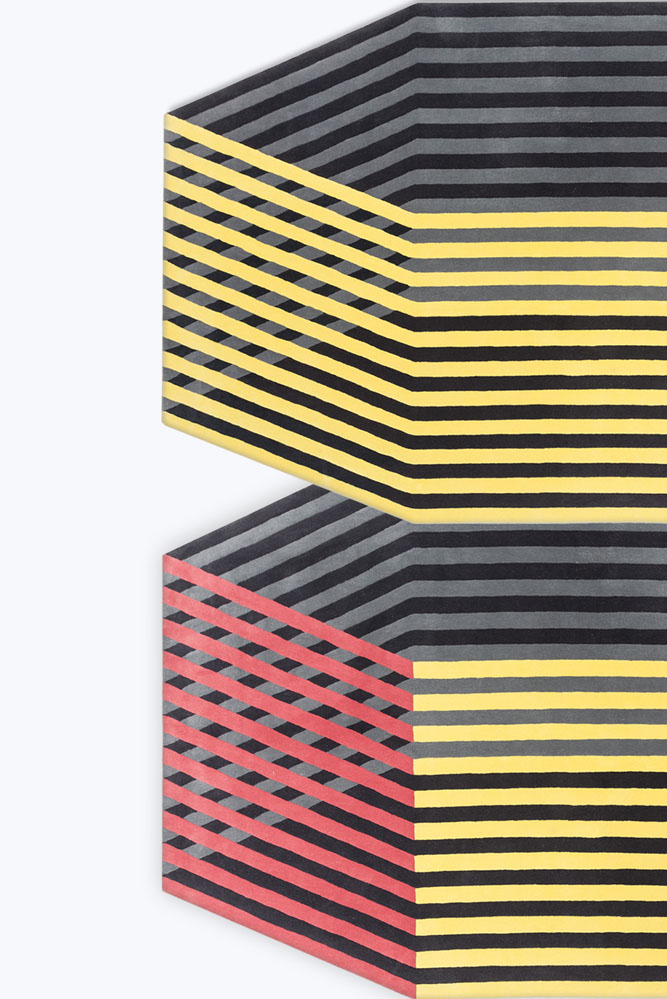 The Nodus Levels rugs, which use the simplicity of lines to play with form, depth, and perception; the Volume rug, designed for Menu to create a 3D effect.

“A growing number of young designers working today are producing handsome designs. A few of these are stretching into new territories—solving problems of modern living with form-making informed by the past, but undeniably of today. Very few have the ability to let their work breathe—to introduce just the right sense of humanity, color, or wit to their work. It takes most designers decades to gain the confidence to create works with this kind of warm modernism; many never achieve it. But Sylvain Willenz found his way very early. He has the special skill to deliver work that combines clarity and humanity.” —Ben Watson, executive creative director of Herman Miller