Beyond DIY: How a Small Portland Factory Is Leading a New Makers Movement

This is the third post in a blog series devoted to design culture in Portland. See the previous posts here and here.

Nestled in a predominantly industrial neighborhood in Southeast Portland, Spooltown’s large garage door is typically up during work hours. Machines hum and threads roll by, as sunlight from the open doors pours into the small factory workroom. The transparency evident here is valuable on multiple levels—it lets consumers understand what it takes to produce a product; it sets a tone for potential clients who can see works in progress; and it shows what happens when the making process expands out from the home studio. This is what the next stage of the DIY philosophy looks like: a small factory run by two women, backed by a creative staff of 16, all toiling away in an open factory in the middle of the city. Welcome to Portland.

Spooltown, owned and operated by Dana Hinger and Sara Tunstall, was founded just three years ago. On the one hand, the company produces consumer goods—handbags to be specific. On the other, it’s an example of the second phase of Portland’s DIY culture and entrepreneurial attitude, as makers shift from small-scale operations to larger production runs. For a city known as the epicenter of all things DIY, looking at how Spooltown works is critical. Based on principles of work-life balance, scalability work, transparency of process, and clear connectivity with clients, Spooltown represents ideology made real through making.

The challenges Hinger and Tunstall faced in starting the factory are, in some ways, the strengths of opportunity. There is no infrastructure for production of bags in the region, requiring the duo to source materials, notions, and, sometimes, tools from other places. While there is a long tradition of outerwear apparel in the region—Nike, Adidas, and Columbia Sportwear all have a presence in Portland—production for these companies was and continues to be located elsewhere, and in many cases outside the United States. Tunstall works hard to source industrial sewing machines and parts (she prefers vintage models from the 1960s), and employees have been trained on the job with few exceptions. The sewing team produces bags for local firms Queen Bee and Good Flock, and for Pennsylvania-based Ugmonk, among others. Where infrastructure and a history of production exists in textile and other apparel-focused places like New York City and Los Angeles, or in regions like the South, Spooltown is forging their own path. 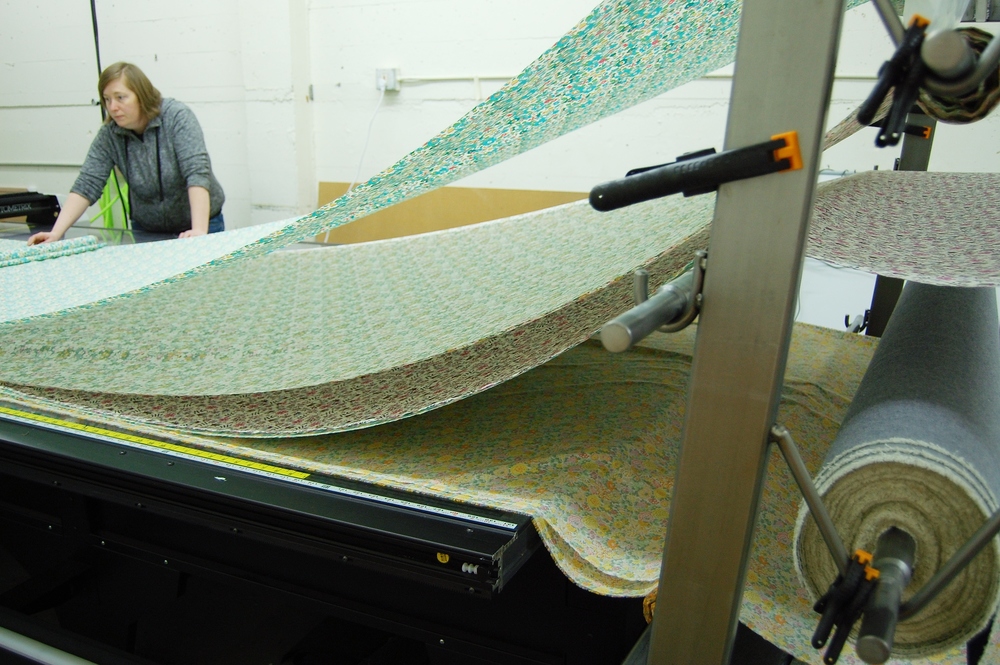 At the outset, startups constituted the bulk of the business, giving Spooltown a reputation as the go-to place for up-and-coming designers. To manage this process, Spooltown’s website provides clear guidelines to help startups make the leap to production—even in small runs. Today, Spooltown works with a range of clients, from startups to established companies seeking to relocate their production to the United States.

Spooltown’s success lies, in part, in its ability to clearly show what it takes to move from concept to product. The company works on runs of all sizes, developing strengths in working efficiently. “Larger runs give us the chance to adjust patterns, production procedures, and make the same bag better,” explains Tunstall. Spooltown offers a place to move production off-site. For example, the company produces all of Queen Bee’s bags for the Oregon Public Broadcasting drives, allowing Queen Bee to focus on design and development. And it means that Spooltown can continue to develop its own methods of factory production at a scale that exceeds what an individual studio can produce, while still producing in numbers that match quality and demand. 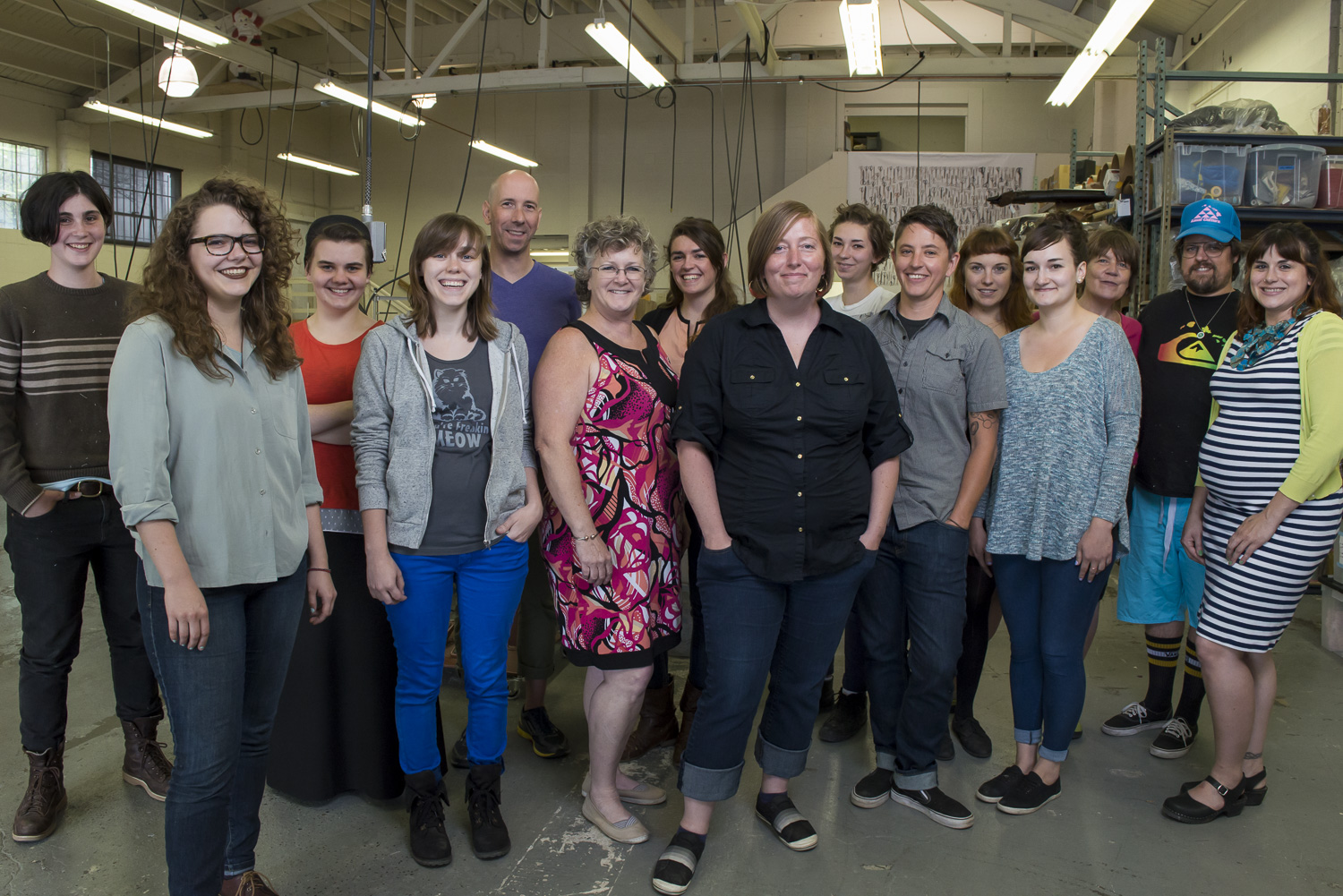 One of the biggest challenges for a city like Portland is ensuring that small businesses like Spooltown can remain rooted to the city center. Tech industries moving into the area bring boosts to the economy, but also drive up the cost of real estate. “It took us nine months to find this space,” explains Tunstall. Wired for production, the building is a prime location for small-scale factory work. In Tunstall’s experience, tech companies moving into Portland’s industrial areas tend to gut the building interiors to build light-filled and ecoconscious offices. This can force small businesses like Spooltown to push out to Swan Island in the Overlook community north of downtown, or the airport—where no one will see production, and the quality of life for employees plummets. Hinger and Tunstall are committed to a business where their employees can bike to work, and stop off for a beer on the way home; if located far from the center, it counters their belief in valuing the time and dedication of human labor.

“We need making on Main Street,” says Tunstall. For now, Spooltown and other small production companies, such as Pinball Publishing just down the street, are firmly nestled within the city limits. If making moves away, Portland could lose more than its much vaunted status as a place for makers. It could lose smaller-scale sites for production at precisely the moment when the labor of production is successfully moving back into the United States. More importantly, the city needs to make a commitment to startups, entrepreneurial endeavors, and existing business—and to helping the smaller companies that are bringing in business from around the country to continue to grow and flourish.