Metropolis Welcomes 2014 with a New Batch of Game Changers

A look at the Game Changers 2014 event, plus this year’s specially-designed award.

Last week, Metropolis celebrated the winners of its 4th annual Game Changers awards program. For the second consecutive year, the event was hosted at the Axor Design Studio in Manhattan’s meatpacking district. Hundreds were in attendance, all of whom crowded around the stage to hear Metropolis editor-in-chief Susan S. Szenasy speak. She commented on the state of the profession and how its future depended on the continued work and leadership of Game Changers like architect Eric Owen Moss, who was on hand to receive his award.

Moss had traveled from L.A. for the proceedings and was acknowledged for his decades-long involvement with an experimental urban campus in Culver City, just west of Los Angeles. He accepted on behalf of a group of collaborators including the developers Frederick and Laurie Samitaur Smith, who were awarded for their long-standing efforts to promote great architecture. 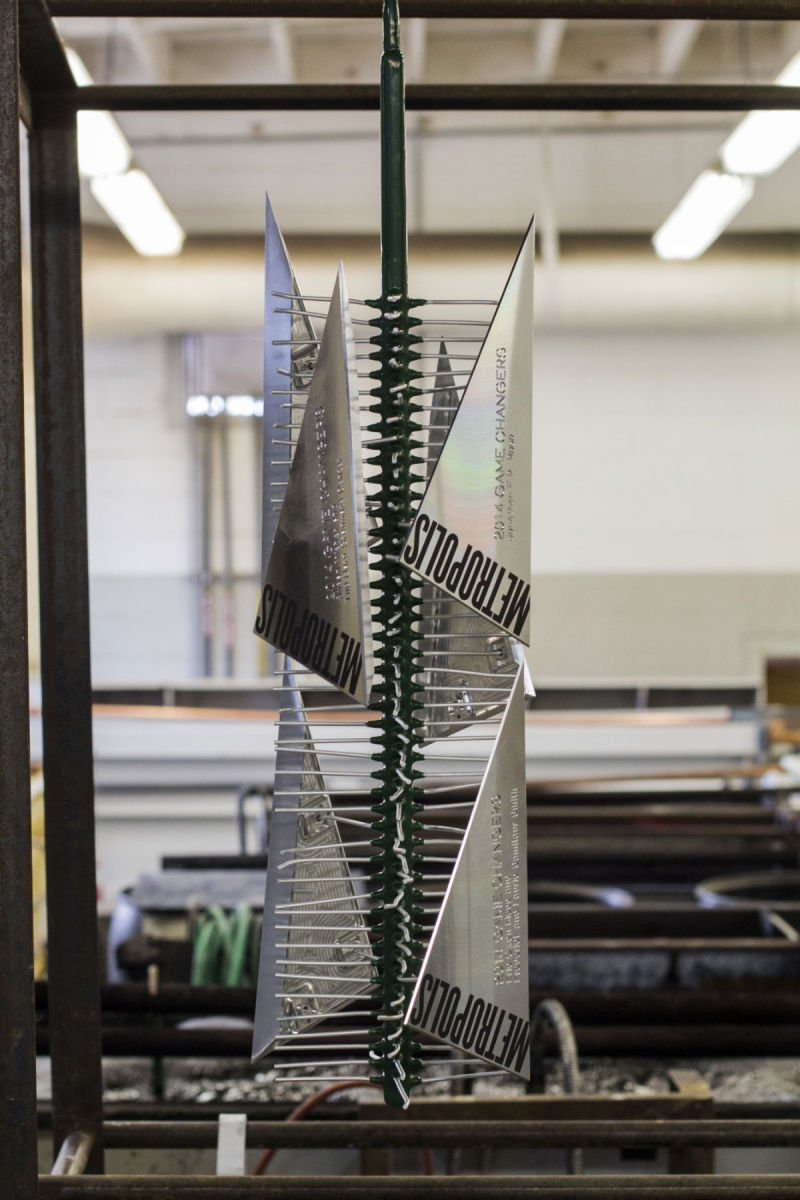 The finished trophies awarded to this year’s Game Changer winners.

We’d like to thank Axor for the great event and for hosting us. Thanks, too, to Eric Owen Moss for flying out to celebrate with us. And of course, a big congratulations to all of this year’s Game Changers. We can’t wait to see what’s in store for each of you. 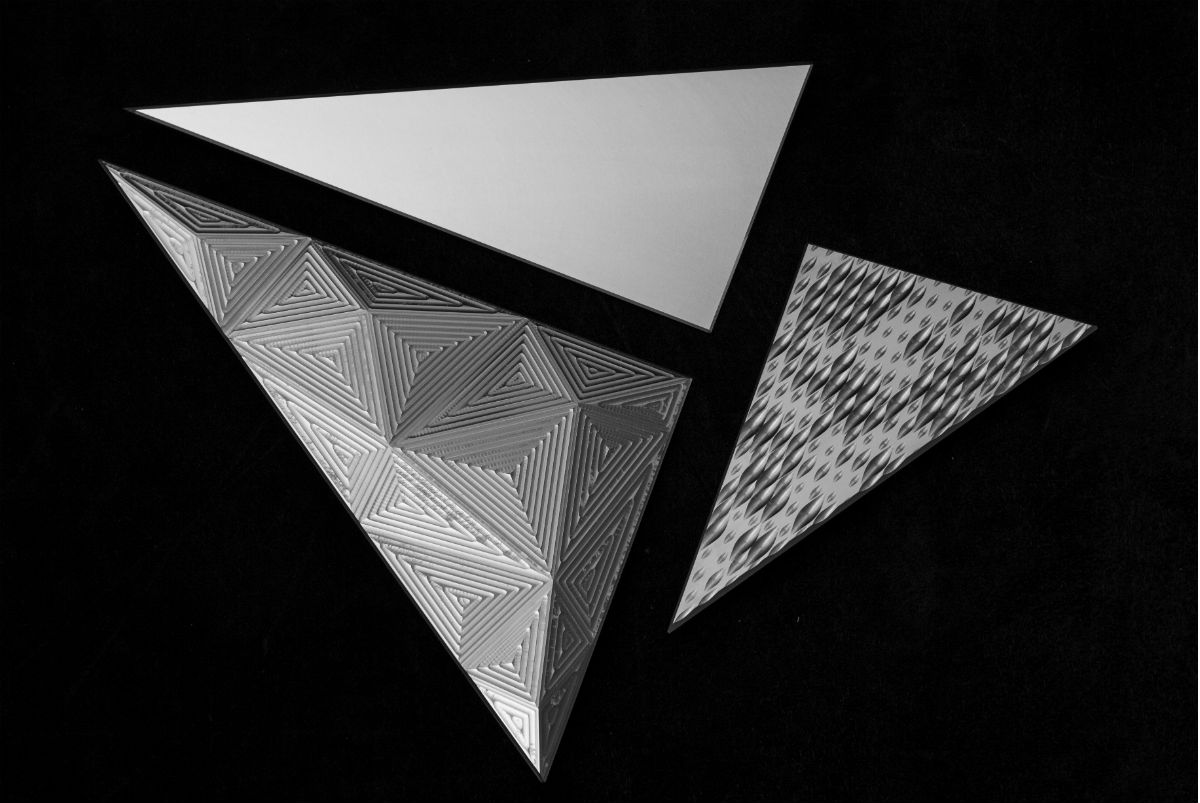 The trophy, laid flat. Each of the planes are articulated in a different way.

Each of the winners will receive a custom-designed trophy produced by Neal Feay Studio, a California-based fabricator that specializes in finding creative uses for aluminum. In this case, it was anodized aluminum donated by Alcoa, which the Neal Feay team fashioned into a pyramid-shaped award. Each outer face is stamped with a different motif. The Metropolis logo is etched on the smooth side, along with the name of the Game Changer. The opposite side is marked with a voronoi pattern and finished in an off-blue hue that Feay’s team calls “Uluwatu,” in reference to a surf spot unique to Bali. The two long faces are capped by a shorter side pocked with machine-made depressions.

The trophy’s underside is left open so as to reveal the tectonics of the piece and how each component is fastened together. “This aspect of the trophy,” says Alex Rasmussen, President of Neal Feay, was an opportunity to show that tool paths and construction methods can often be beautiful in their own right.” 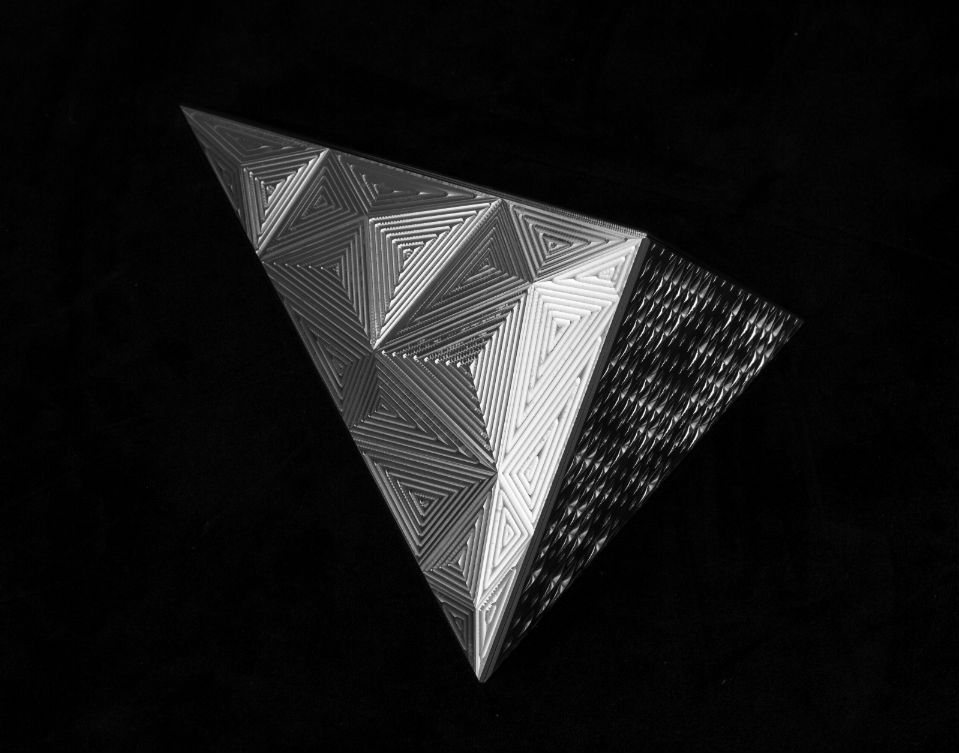 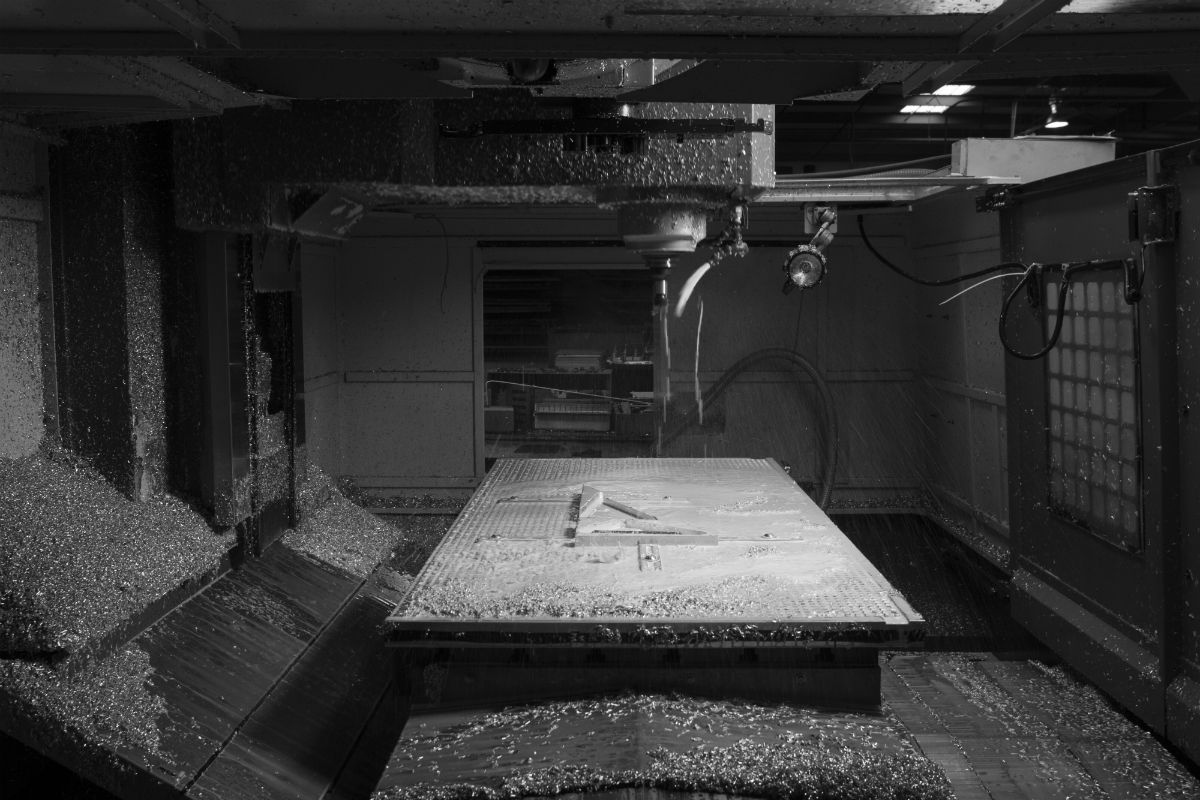 The CNC router at the Neal Feay Studio in Santa Barbara, covered in scraps of anodized aluminum. The trophy frame is on the router bed. 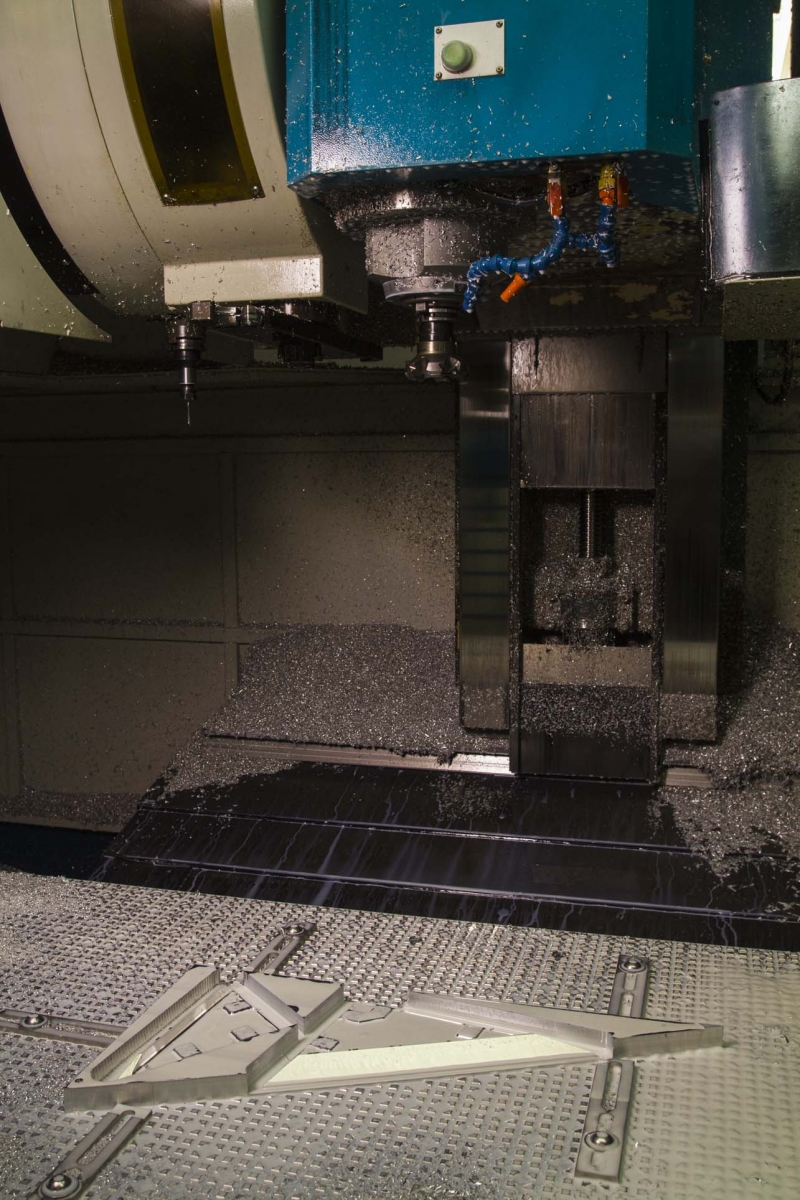