At Rutgers University’s Psychology Department, researchers are investigating Autism through computer modeling and design. The team is using movement as both a measure of the disability as well as an approach to improve outcomes in children with Autism Spectrum Disorders (ASD). The problem thus far has been how to quantify and treat children with ASD […]

At Rutgers University’s Psychology Department, researchers are investigating Autism through computer modeling and design. The team is using movement as both a measure of the disability as well as an approach to improve outcomes in children with Autism Spectrum Disorders (ASD).

The problem thus far has been how to quantify and treat children with ASD as there are different approaches and scales. Some treatments, for instance, do not quantify cognitive definitions of what comprises ASD but instead focus on behavioral treatments alone, while others have attempted to address cognitive functioning as an integral part of treating ASD.

At Rutgers, the investigators are plunging right into the issues of definition and quantification of cognitive and sensory learning to “refine, formalize, and computerize current behavioral therapies in ASD.”

One approach is based on the fact that children and adults without ASD are able to distinguish deliberate, intentional movements from spontaneous, unintentional movements. Moreover, whether the movements are intentional or not is marked by a difference in the speed with which they are executed. One study, for example, aims to bring ASD children’s patterns of movements, as well as the speed with which they are executed, within “typical ranges.”

Along the way, the project will also define what are those typical ranges that ASD therapies should target. In addition, the researchers will quantify both “cognitive-dependent motor learning and motor-dependent cognitive learning,” again, aiming to define the typical ranges and to offer more comprehensive and diagnostic tools for professionals treating ASD.

One computer program, initially developed for patients for people with Parkinson’s disease, measures a person’s ability to perform basic reaching and grasping tasks using six different variables. First, there are the speed variables: slow, normal, and fast. Then there are the sensory variables: full light, darkness after the individual has been given a chance to memorize both position and orientation, and then mostly dark, but with a glowing apparatus that can provide either some visual feedback of the hand or visual feedback of the target. The execution of the reaching tasks under these different circumstances are quantified according to sensory preferences as well as how long it takes to perform each version of the task. 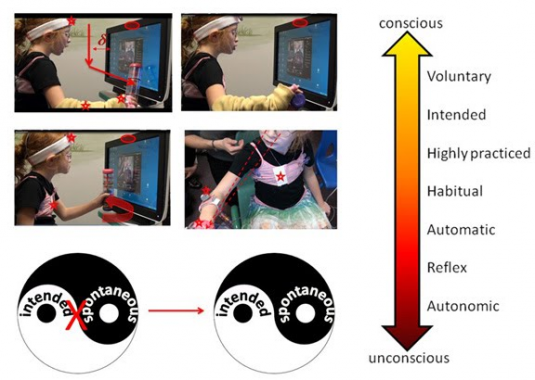 Another program is based on the premise that for those without ASD, intentional and automatic movements come in pairs. Those with ASD and Parkinson’s, however, do not perform such movements in paired sequences. Again, the team uses computer-based programs to create “movement-based therapies,” that will restore those sequences and pairs. How? By combining the inherent sensory and perceptual capabilities of ASD children along with “their preferences (reward based) and predispositions to learn.”

Therapeutic approaches have progressed a great deal from the early days when there was a clear divide between cognitive and behavioral therapies. With the aid of computer-designed programs, identifying and treating ASD will certainly become more effective, if not easier.

Sherin Wing writes on social issues as well as topics in architecture, urbanism, and design. She is a frequent contributor to Archinect, Architect Magazine and other publications. She is also co-author of The Real Architect’s Handbook. She received her PhD from UCLA. Follow Sherin on Twitter at @xiaying