In June I arrive in Quito, one of 66 volunteers in the Peace Corps’ newest class posted to serve in Ecuador. Nine weeks later we complete our training – an introduction to local language and culture, to safety and medical practices, and the basic skills we’ll need at our work sites. We’re sworn in as […]

In June I arrive in Quito, one of 66 volunteers in the Peace Corps’ newest class posted to serve in Ecuador. Nine weeks later we complete our training – an introduction to local language and culture, to safety and medical practices, and the basic skills we’ll need at our work sites. We’re sworn in as official volunteers at the ambassador’s residence in the capital.

The Peace Corps has a long history in Ecuador (in 1962 it was among the first countries to receive US volunteers). Our group makes up the 104th class to be stationed here.  The organization has members throughout the country, in rural and semi-rural worksites based on the needs of each community, as well as the interests and skills of the volunteers. Some find themselves in the fast-speaking coastal region, others in the sweltering jungles of the Amazon. Years back, one lucky volunteer found himself in the Galapagos.

I find myself high in the paramo of Cotopaxi, a central province in the Ecuadorean highlands, home to a large indigenous population and the sort of breathtaking mountain landscape that you think of when you imagine the South American sierra. The view from my room is like a National Geographic spread: the front yard overlooks the winding path that connects the 35 villages of this parish, the poorest of Ecuador’s parishes (there are some 1,000 of them). But this sublimely beautiful landscape is also a cause of the region’s significant problems. The villages, built along the sides and crests of the high Andes, as I quickly learn, suffer from wind and cold; the soil, while rich enough to support these communities since the Incas, is too dry for anything but subsistence farming. 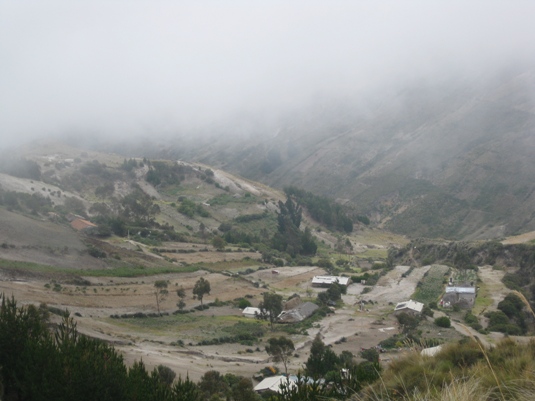 If the site has a single most acute problem, it’s the lack of water.  In the summer months of August and September, bathroom faucets run dry, showers become bi-weekly events, and clothes are washed sparingly. More importantly, the lack of irrigation means harvests continue to yield undersized crops that often cannot find a market – which means less money for the parish, and a general lack of opportunities.

A host of problems grow from this water starvation: The lack of gainful employment drives many of the area’s men away from home, to find work in the bigger cities of the region, in Latacunga, Quito, and often as far as the coast or the Amazon. The regional culture — this parish is almost entirely indigenous and Kichwa is the first language here, not Spanish – is slowly eroding.  And while poor eating and exercise is endemic to Ecuador, malnutrition here, especially among the young, is rampant. 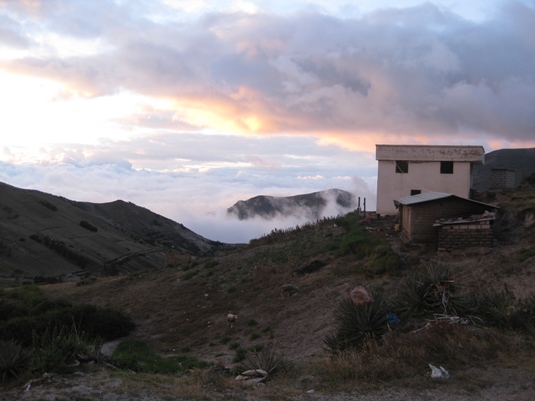 Addressing the communities’ basic need for water will be my priority over the next couple of years. As one of four volunteers in Peace Corps’ pilot water sanitation program—and without technical background in water systems or engineering–I’ll have to muddle my way through projects that address the water shortage, and the ancillary problems that result. I’ve got some ideas about how to do that – rough concepts of which communities need what, some plans for projects and who to work with – but the effort will take patience and a certain amount of trial-and-error. And it’s become clear to me that the work here will be as much grounded in sociology as design. 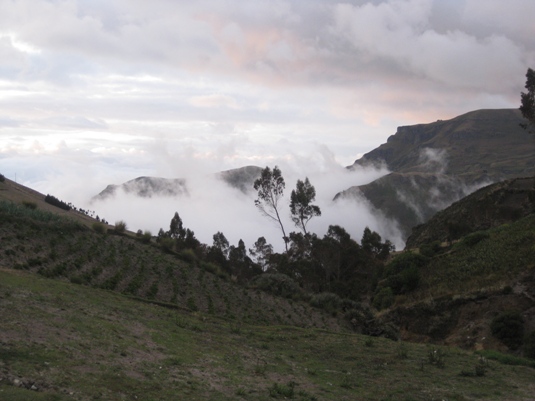 For now, however, as I learn to live in this new place, a culture far, far from home and 12,000 feet up, my main project will be adapting. I’ll just try to catch my breath.