What makes a place memorable? How does it connect to its community? Why do people visit—and what makes them come back?We instinctively seek authenticity of locale. Landscape provides a logical instrument for creating authentic regional expressions of place.  While buildings are often standardized—whether for economy of scale, construction typology, or program—landscapes are adaptable. They offer […]

What makes a place memorable? How does it connect to its community? Why do people visit—and what makes them come back?

We instinctively seek authenticity of locale. Landscape provides a logical instrument for creating authentic regional expressions of place.  While buildings are often standardized—whether for economy of scale, construction typology, or program—landscapes are adaptable. They offer enormous potential for unique environments that attract attention early and grow more beloved over time. They can and should reflect the special local/regional character, and visitors know it when they experience it.

In Houston, for example, Discovery Green celebrates the city’s culture and indigenous Texas landscape. A joint-venture project between the non-profit Discovery Green Conservancy and the City of Houston, designed by Hargreaves Associates and Lauren Griffith Associates, the 12-acre acre park attracts throngs of people to downtown despite the hot, humid climate. Since the park opened in 2008, adjacent real estate has become highly profitable, with several significant development projects choosing to locate nearby including One Park Place, a high-end residential tower with 346 units; Hess Tower, an office development which sold for a record breaking $442.5 million; and Embassy Suites Hotel, a 262-room Hilton Hotel that opened in February 2011. 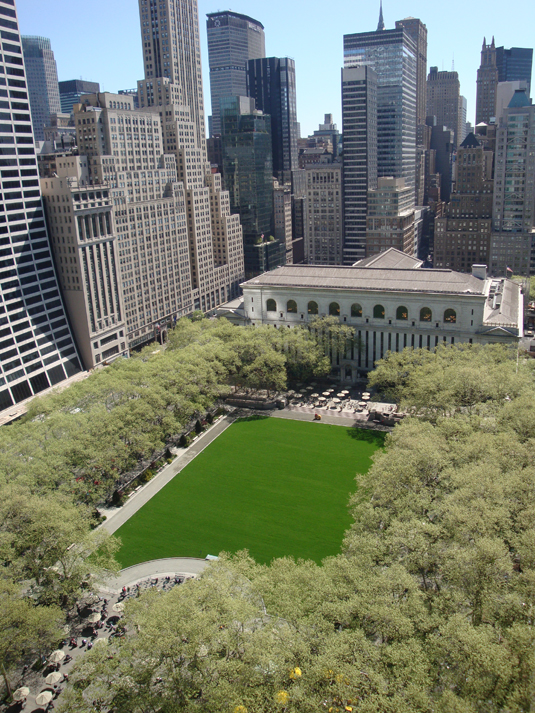 Bryant Park, the popular one-square-block green space in New York City, is a busy, highly programmed patch of green, and it, too, has enhanced the desirability of adjacent properties.  At the Urban Land Institute convention in Los Angeles in October 2010, Dan Biederman of the Bryant Park management association shared data on the adjacent Grace Office Building where rents rose by 114% from 1990-2002. Over similar time periods, office buildings adjacent to Times Square saw rent gains of only 67%, those next to Grand Central rose 55% and Rockefeller Center’s rents rose 41%. 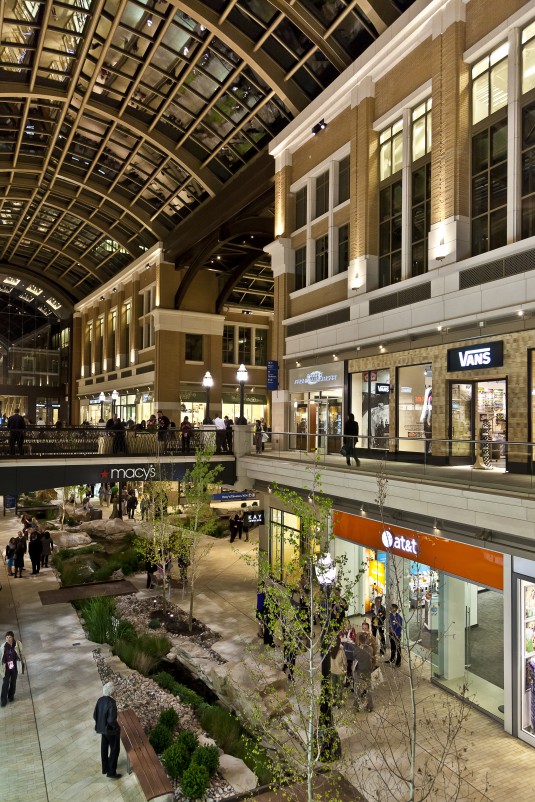 City Creek Center, Salt Lake City’s new mixed-use development debuted with over 250,000 visitors over its March 22–24 grand opening. It provides another powerful model for the transformative power of landscape. The largest retail/office/residential shopping center to open in the United States in years, City Creek Center converts a failed enclosed mall into a 23-acre mixed-use downtown community with a large retail component. A mesmerizing one-kilometer long man-made stream holds the project together, providing a pedestrian-oriented green space through the entire property and harkening to the city’s history by recreating the creek on which Salt Lake City was founded in 1847. My firm, SWA Group, designed the largest flowing watercourse built on-structure in the U.S. that features three waterfalls and a fountain with 50-foot high jets.

The creek makes the place unique, establishing an emotional and physical centerpiece for five residential towers designed by ZGF Architects, six office towers designed by FFKR, the retail center by Callison Architects/Hobbs & Black. We also designed pocket parks, roof gardens and landscape connections. City Creek’s new residents, retailers, and office tenants seek out proximity and access, whether by reserving storefronts overlooking the creeks, walking along the waterway, or enjoying the drama of Regent Court waterfall, a 17-foot cascade that sends 2,500 gallons of water per minute over native local boulders of up to 14 tons, brought in from nearby sources. 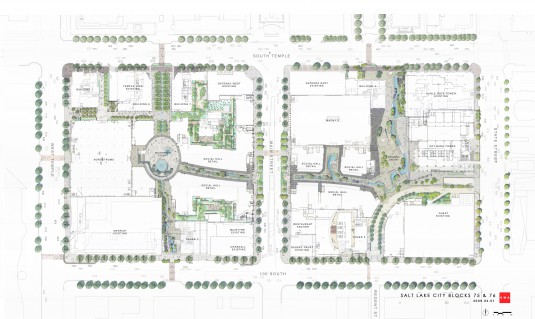 A man-made, naturalistic creek may sound like a gimmick. But it’s not mimicry. It looks like northern Utah because it was designed that way, through extensive research creating habitat that lets native plant and fish species thrive.  Yes, local trout live at City Creek Center, and are a huge attraction.  Bordered by planting, paving and comfortable furnishings, the creek creates a wonderful gathering place as it traverses the site in a sinuous oxbow formation, weaving through the retail space in a series of pools, rivulets, and fish ponds. Thousands of people are coming to the center as much to buy a dress or see a movie as simply to stroll through and experience the creek, the domed-promenade, the cascading fountains and even the live trout.

Authentic design is helping ring real sales, too.  As a shopping center spokesman told a trade magazine, “Stores got hit so hard over those opening three days that managers worried that replacement stock would arrive too late to refill the nearly depleted shelves by Monday. Sales were double or even triple expectations.”   Shoppers get a sense that the creek came first, followed by the trappings of a modern retail destination.

Our client—CCRI, Inc., the real estate development branch of the Mormon Church, and The Taubman Company of Michigan—insisted on a literal representation of the creek rather than a more conventional treatment. The location of promenades and buildings sets up views to the Rocky Mountains—a precedent for downtown—and wide, leisurely paths at the creek bed encourage criss-crossing between stores, homes, and other destinations. The result is a genuine celebration of a life-giving feature of the land—the stream that provided drinking water and irrigation for the city’s earliest settlers.

Urban open space works as the core element for place making, driving financial benefits, and merging the distinctions between public and private realms. And landscape can assist in finding the heart of each and every place, whether cultural or historic or natural. It’s a starting point for designing vibrant places in our cities.

René Bihan, architect, is a managing principal with the SWA Group, a design firm in San Francisco with five offices in California, Texas, and China. In over 20 years of practice as an urban designer he’s been associated with projects like the Bayview Opera House and the California Academy of Sciences, the Beijing Finance Street and the Hong Kong Cultural Harbour. His professional affiliations include the San Francisco Better Streets Citizens’ Action Committee, Harvard University Graduate School of Design Advisory Board, and University of California Berkeley Department of Landscape Architecture.