A Decade after Katrina, Tulane Expands Its Social Innovation Agenda

The newly founded Phyllis M. Taylor Center for Social Innovation and Design Thinking at Tulane University seeks to blur the lines between the academic environment and the larger community, by acting as a resource to both.

Tulane University’s URBANbuild initiative was founded in 2005, not long before Hurricane Katrina ravaged much of the surrounding area. And if its mission had been important before, it became even more pressing in the storm’s aftermath.

As Tulane’s School of Architecture’s design-build program, URBANbuild sets out to give students firsthand experience of the work that goes into building an energy-efficient home, combining academic with technical knowledge. Over the course of the semester students participate in every aspect of the building process, from researching and developing proposals to communicating with material providers and working directly with subcontractors.

Following Hurricane Katrina, URBANbuild turned its focus toward designing for the immediate community as it dealt with the consequences of the natural disaster. “We had an opportunity and a responsibility to help the communities in a much greater way,” Byron Mouton, director of URBANbuild, says. “Helping people who decided to return to understand that they had access to greater options.” Since its inception, the program has spearheaded the design and execution of 10 projects, including affordable housing in underserved areas and even a pop-up community market—all have had a small-scale but deeply-felt impact on the urban fabric of New Orleans.

Now, with the ten-year anniversary of Katrina, many are revisiting the extent of Katrina’s impact on the area and reassessing how the disaster has shaped how designers can deal with catastrophe and hardship on a broader scale. In these discussions, Tulane has stepped up to the plate once more, with its Tulane City Center projects (the community outreach arm of the Tulane School of Architecture) and its newly founded Phyllis M. Taylor Center for Social Innovation and Design Thinking. 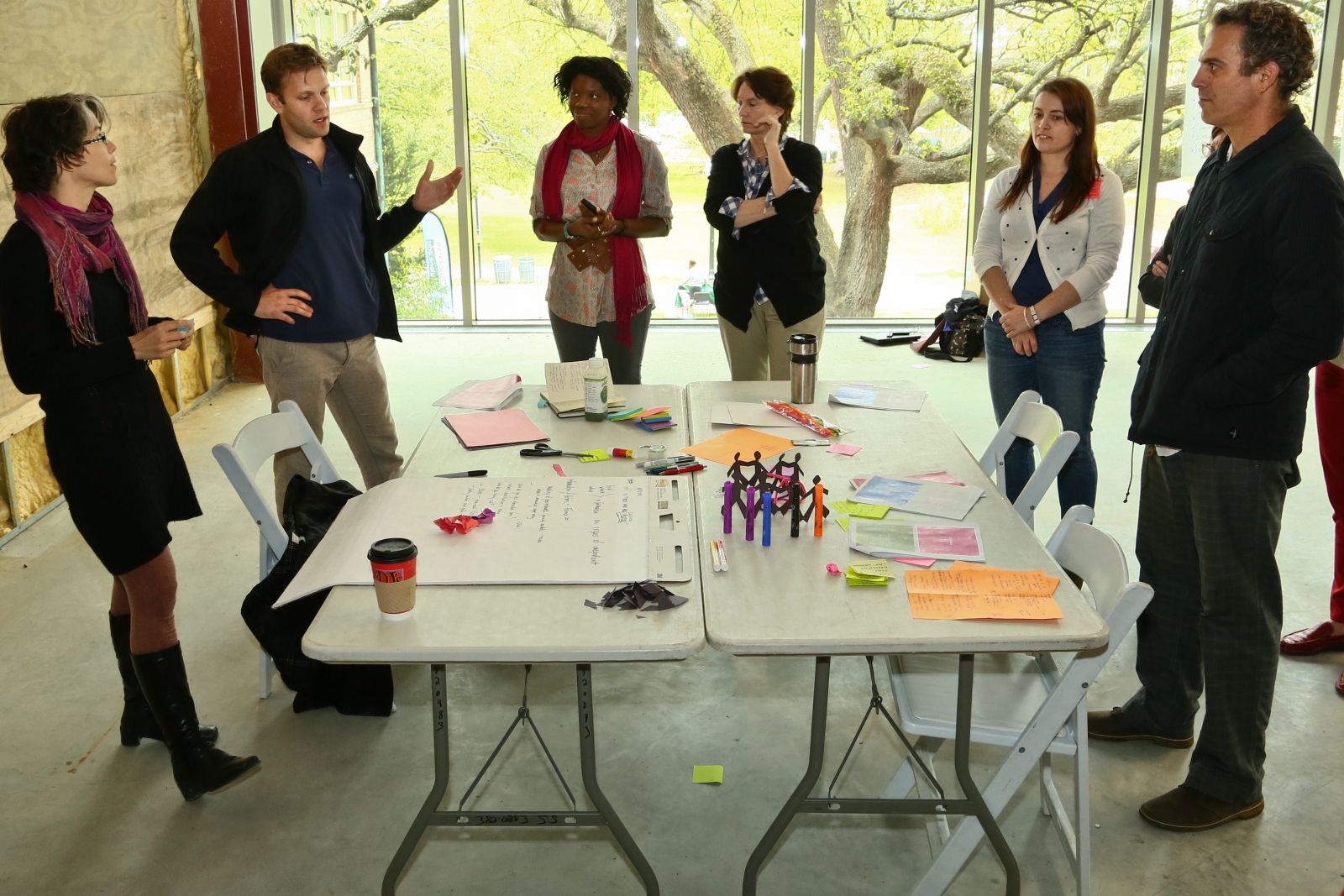 Liz Ogbu helps students and faculty at the Phyllis M. Taylor Center for Social Innovation and Design Thinking understand how design can incite social impact. The center was established with a leadership gift of $15 million.

As a university-wide initiative, the Taylor Center is committed to becoming the area’s hub for social innovation and design thinking. Through a wide array of programs and activities—including lectures, workshops, and fellowship opportunities—Taylor is seeking to blur the lines between the academic environment and the larger community, by acting as a resource to both. Its Social Innovation and Social Entrepreneurship minor creates an academic framework for understanding and enacting social change, with student organizations and speaker series helping to spread the ideas of the program. Additionally, the Changemaker Institute Accelerator helps turn these pursuits into potential careers.

Apart from its programs, Taylor also offers several funding opportunities, including the New Day Challenge, which supports student-led projects that address social challenges affecting New Orleans. The development of the city and the surrounding area remains one of Tulane’s main concerns, as its programs seek to not only confront immediate issues but integrate community engagement as part of the curriculum. “At Taylor, URBANbuild, and Tulane City Center, engagement and social innovation are at the very core of everything we do,” Taylor’s founding director Kenneth Schwartz says. “Adding these programs up, it’s a remarkable confluence of social innovation for this university-wide enterprise.”