A Miniature Manhattan Wrought in Marble

‘Little Manhattan’ replicates the island-city in 2.5 tons of marble.

Almost 20 years in the making, Sone has previously created models of island-cities of Hong Kong and Venice. His work reflects a fascination with the peculiar forms these cities take, and how they have adapted and conquered them. Aided by photographic reproductions, imagery from Google Earth and several helicopter rides, Sone rendered the densely populated borough to scale, showing, for instance, bike paths cutting through Central Park and the arch in Washington Square Park.

That’s the first thing that strikes you about Little Manhattan, how it works at opposite scalar poles—at both the micro and the macro. While the piece is nine feet in length and three feet tall, the Manhattan skyline accounts for just the top few centimeters or so. Step back, and the latter barely registers; instead, one’s eye is drawn to the exquisitely sculpted stone, delicately pleated with folds that extrude the city’s outline downwards. Closer inspection, however, yields countless beautiful details. One can trace the intricately constructed streets, avenues, parks, bridges and buildings, and scan for recognizable sites like the Empire State Building (rendered slightly squat). 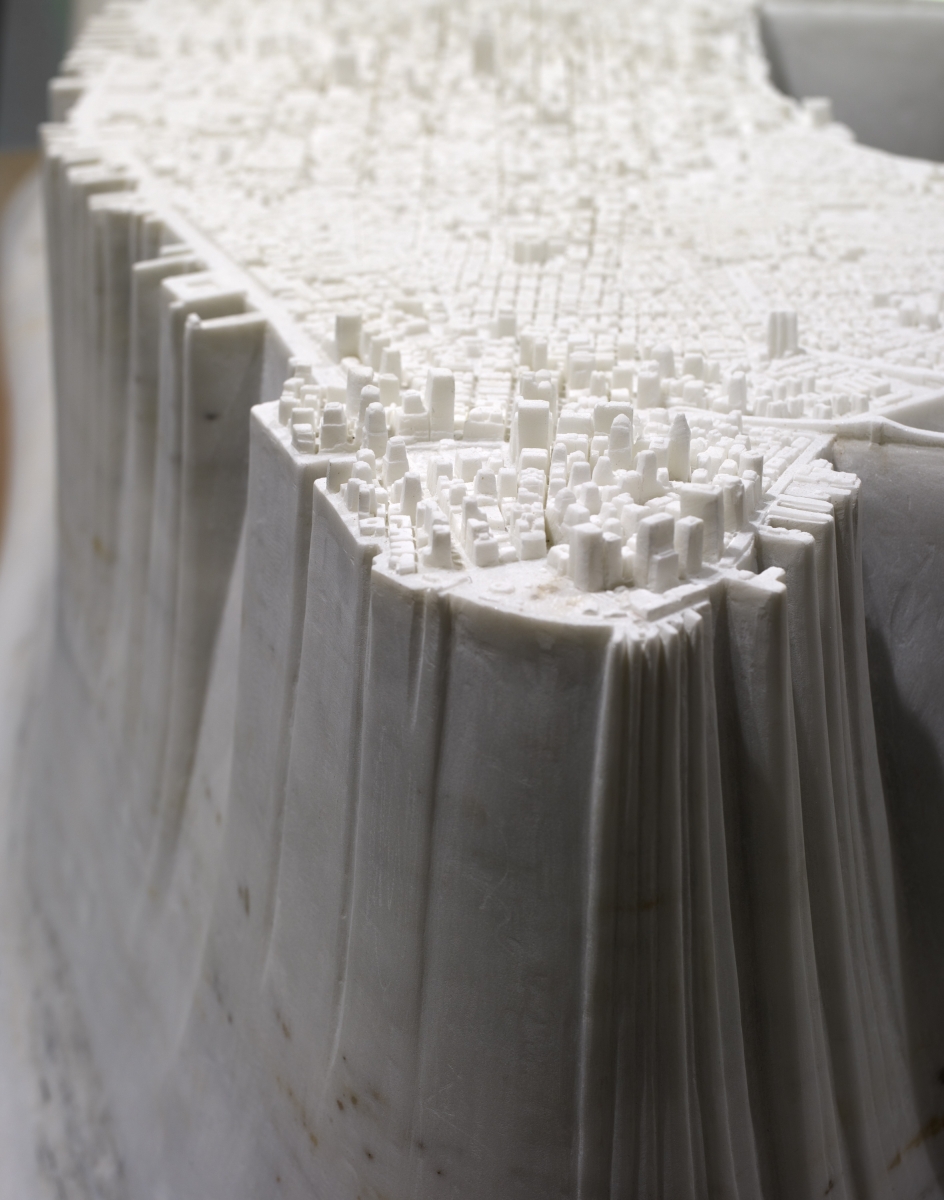 The 48-year-old artist had been originally trained in architecture. Yet his work as an artist comprises a range of media including painting, drawing, photography, video and performance, but predominantly sculpture. Veronique Ansorge, Associate Director of the David Zwirner Gallery, with whom Sone has been working since 1999, gives us an insight into a few of the dichotomies that Sone’s work embodies. “With his background in architecture, there is an inclination to blend the rigidity inherent in architecture with a fluid artistic vision,” says Ansorge.

There are other interesting dualisms at work here. In the use of marble, there emerges a tension between the strength of the stone and its soft texture and frailty; there is a conflict between realism and perfect reproduction that Sone addresses; a masculinity of an infrastructurally-dense city like Manhattan and a feminity in the form of an island and its gracefully poised “bedrock.”

Like with most of Sone’s works, Little Manhattan developed over a lengthy period of time, with plans dating back to the late 1990s. He plans to do sculptures of two more cities to complete his series of miniature marble island-cities. 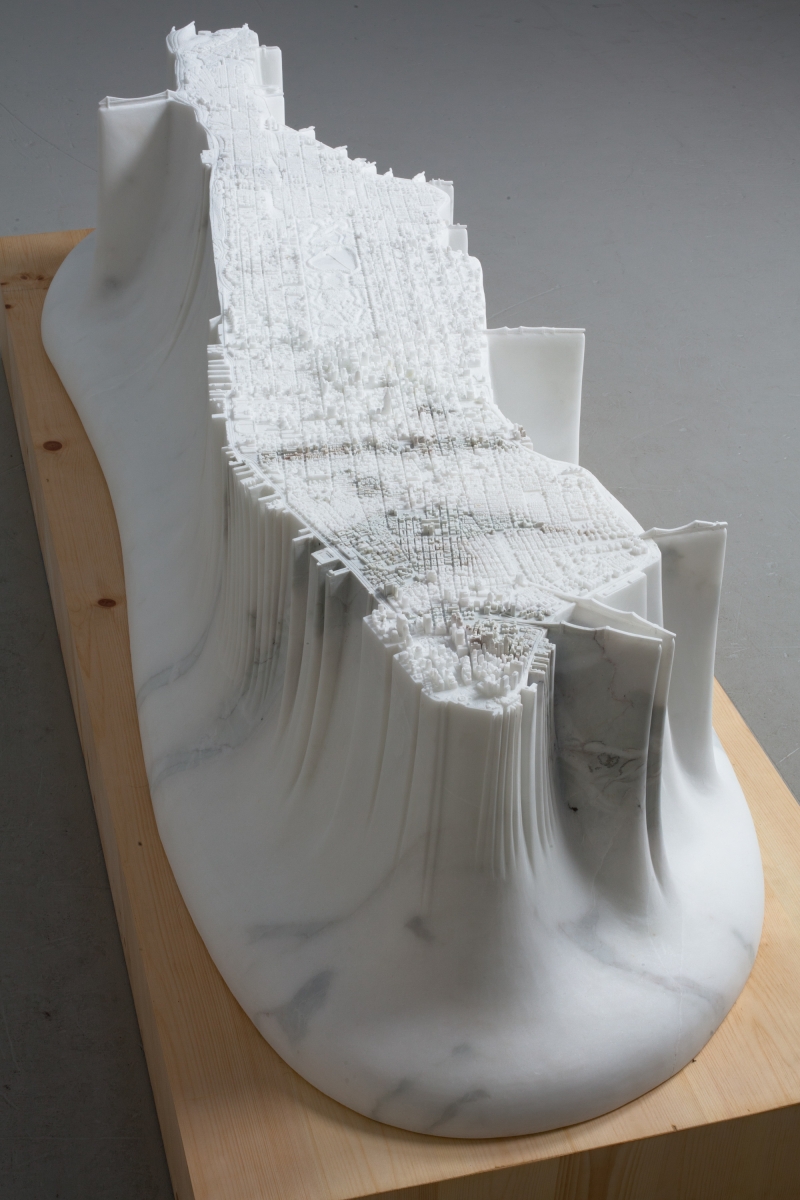 The snow leopard is an animal that features widely throughout the Sone’s works, and the overall shape of ‘Little Manhattan’ bears a subtle resemblance to the physical form of the reclusive mountain cat. It’s not until you move closer that you begin to make out the Manhattan skyline.