A New Drawing Tool For Architects In A Digital Age

Is architectural drawing dead? That depends, of course, on one’s definition of drawing. Does one, like Michael Graves who eulogized the state of the medium last year in an op-ed for the New York Times, define it as a kind of visual thinking, whereby thought is directly (and according to some, mystically) fused to the movements of the hand? For Graves and others, it’s this intimate connection that is remorelessly severed by the imposition of the computer. Many disagree. Some see drawing as no longer integral to architectural design; or at least, its once primary role is now secondary to digital platforms. Still, others think that drawing can be encompassed by the digital processes that have and continue to redefine the architectural profession.

All of which is to say, can an architect using a computer ever produce something akin to a napkin sketch? Morpholio Trace tackles this question head on. The Trace app, which debuted in Fall 2012, aimed to preserve the aura of drawing while helping the medium to make the digital leap it ostensibly needed. It did this by cleverly tapping into architects’ complicated love/hate relationship with drawing. Rather than present drawing as a rarified exercise thrust on architects and students, Trace folds it into their digital skillset. Users can draw directly on their tablets using “sheets” of canary yellow trace, then save and export their drawings to their work computer. Trace 2.0, which releases tomorrow, improves on its predecessor while straining to deepen the core Trace experience.

Much of the new Trace is geared to recreating the tangible effects of drawing, the kinds of things that send Graves or Juhani Pallasmaa into excited praise or quiet rumination. “There’s nothing more intuitive than picking up a writing instrument or throwing on another sheet of trace paper,” says Mark Collins, one-fourth of the Morpholio team. The task with Trace, he explains, lay in translating that “intuitive” operability to the world of the app. But how exactly does architectural drawing, or more accurately, sketching benefit from this translation? For Collins, the digital environment’s inherent connectivity to social media networks can only be advantageous. Whereas a studio critique is a very isolated, exclusive event, a single Trace sketch can generate all manner of critical feedback and input from colleagues or fellow students. The trick, Collins adds, is to “seamlessly integrate those possibilities without burdening the designer with the abstraction that makes it all possible.” 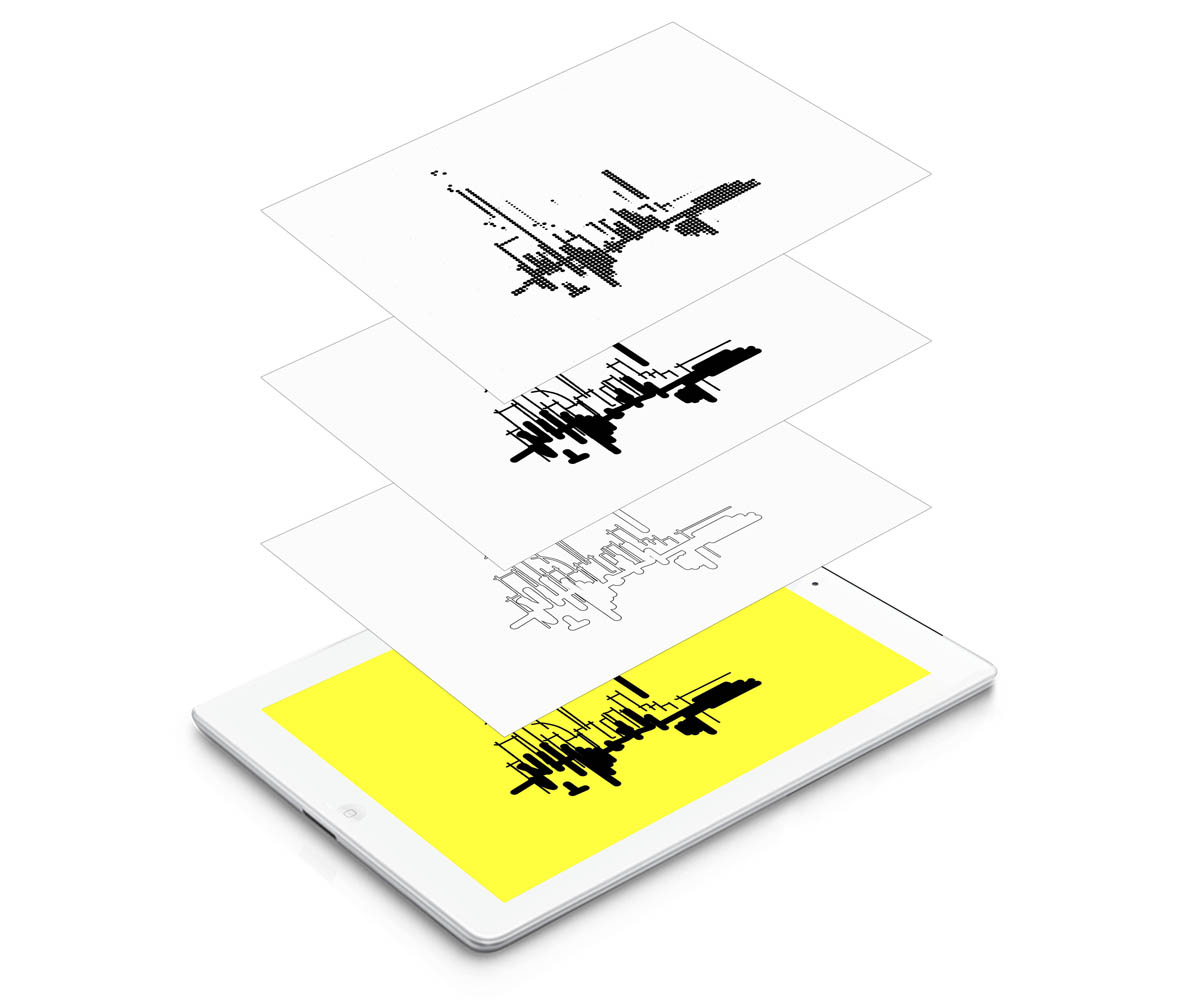 The latest iteration of the app delivers a slew of updates that streamline the Trace platform. While the previous version allowed users to add up to eight layers of trace, one on top of the other, they could not access the layers that quickly became buried. Trace 2.0 allows users to manage layers and edit them with ease. Additionally, the team have added new tools such as zoom and pan, along with editing features like colors and line types.

The most conspicuous addition, however, are the twelve trace filters that, much like Instagram, apply an effect directly on top of the sketch or image. Several of the filters are takes on hand-drawn processes, like crosshatch and poche, as well as drawing instruments, from ink and marker presets to even grease pencil. These replicate the material qualities and unintentional side effects generated by hand drawing that critics say get lost in the medium’s digitalization. Meanwhile, effects like ‘Tile,’ which renders an image in 8-bit square tiles, play up the diagrammatic side of architectural sketching.

The new features enrich the interface Trace 1.0 introduced. At the same time, the improvements are part of a much more ambitious goal. As Morpholio co-creator Jeff Kenoff says, the Morpholio team conceived of Traces as a way to reclaim sketching for a new generation of architects. Ironically, drawing must be reclaimed from the computer itself—or, as Kenoff specifies, the desktop computer—which “hijacked [it] from the design process for years as it removed your hand from the actual line by forcing sketching with a mouse.”

Architects seem to be responding to Morpholio’s message. Since its founding, the project, which began as a portable portfolio-cum-social media platform, has grown rapidly, and the Morpholio team expects its user count to surpass 1 million in 2015. According to Kenoff, Trace has been integral to that growth. Who says architect’s don’t draw? 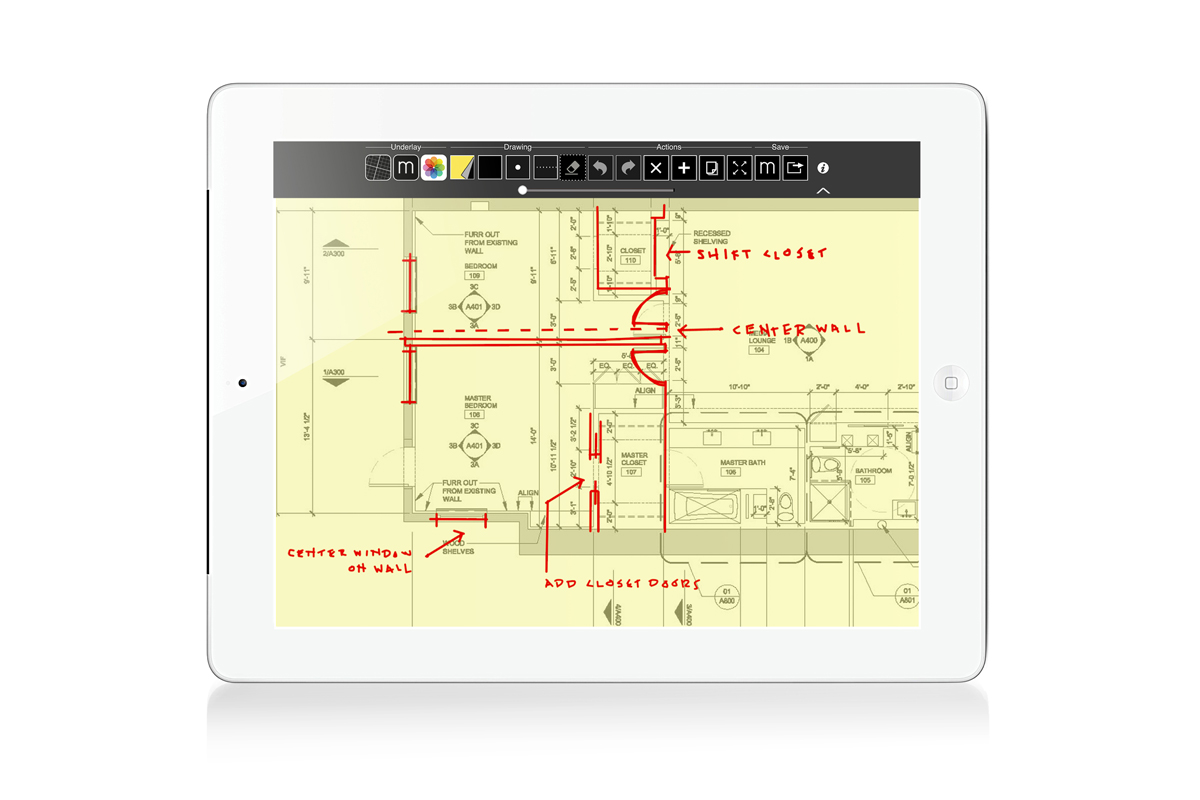