A Tearoom in South Africa Takes on 2016’s Trendiest Color

Dusty pink and copper tones create an air of calm at Yswara’s outlet in Johannesburg. 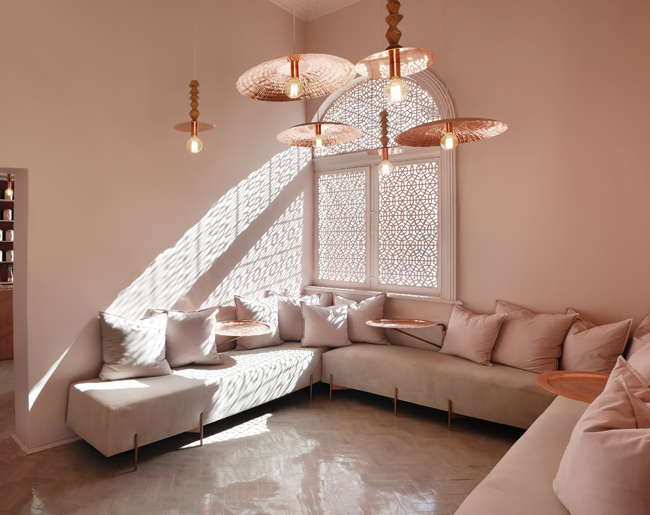 If the curated grids of Instagram are anything to go by, there’s no shortage of astutely designed cafés and coffeehouses throughout the world. Tearooms,on the other hand, are relatively underrepresented—surprising, given that ancient rituals of tea drinking remain important to many modern cultures.

The recent opening of the Yswara tearoom in Johannesburg, South Africa, however, has provided design-driven locals with a new space for visual fodder. Created for the socially responsible African tea brand Yswara, the flagship retail nook is located in the heart of Johannesburg in the Maboneng neighborhood, which is known for a somewhat chaotic meshing of design styles influenced by communities that have inhabited the area over the years. Recently, it has become something of a cultural, retail, and lifestyle enclave for the creatively inclined.

Designed by local multidisciplinary outfit Studio 19, the Yswara tearoom references the old-world elegance of traditional Moroccan tearooms while embodying a clean, modern vibe. “We wanted to create the beauty and warmth you get in a Moroccan tearoom,” says Mia Widlake, who founded Studio 19 in 2009. The dusky pink palette of Yswara’s branding—which also happened to be one of the design and fashion worlds’ most beloved last year—creates a soothing, refined ambience. Lights and shelving crafted from copper (the same material as many of the brand’s tea-making accessories), parquet flooring, and velvet Moroccan-style seating add to the opulence.

The most striking feature is the large window screens, which filter natural light into intricate patterns on the walls and furnishings. This, Widlake says, was a way to add layering and rich texture to the design while keeping the space uncluttered.

Studio 19—whose other hospitality projects in South Africa include the restaurant Ginger and Fig in Pretoria and the café Fuel Food in Johannesburg—designed and manufactured all of the furnishings and fittings for the tearoom. “It’s a true privilege to be able to design from scratch, to have the freedom to create the pieces you need to complete your vision,” says Widlake. “All items were handmade in South Africa by our local artisans, which makes this space so unique and special for us.” 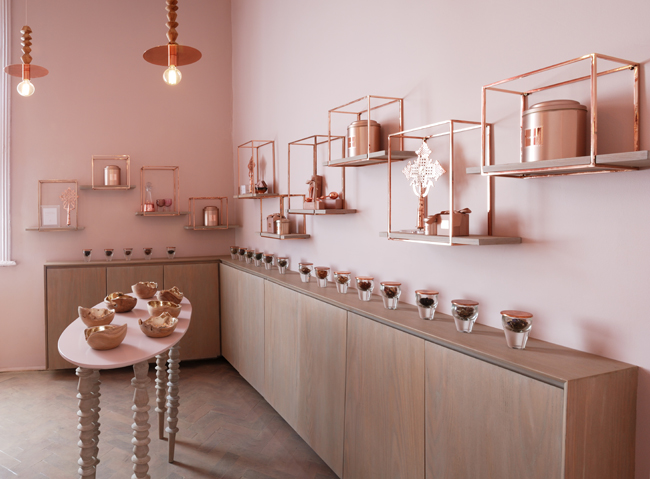 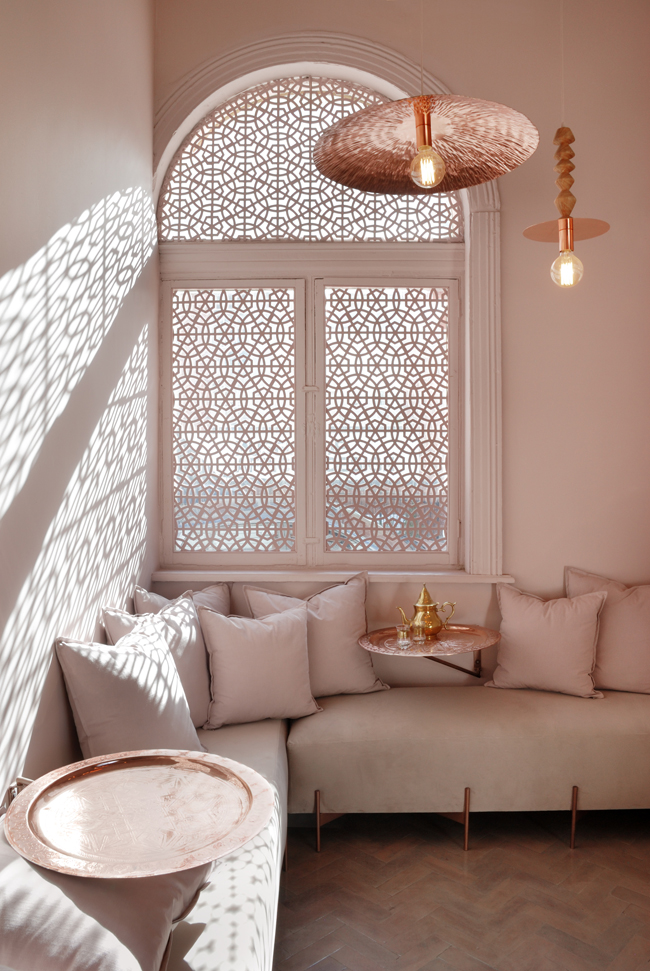