Let’s Design a Cab That’s Actually Accessible for All 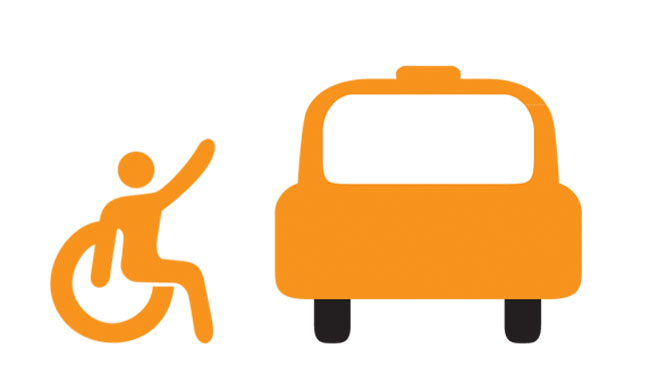 It’s one of those New York City cabs with the happy flying wheelchair logo on its trunk. I watch it stop for a small, overweight, elderly woman in a big winter coat. As I stand shivering at the bus stop and take in the whole scene on this wintry March morning, I spy the cabbie’s flustered glare at his new passenger. The woman is taking too long to get in; she seems to be cursing. What’s wrong with her? There is nothing wrong with her. She got old. And she could use some help.

Her short and age-stiff legs make it difficult to step up and into this “accessible” cab. She makes several attempts. Finally, she hoists herself into the backseat. Then as she tries to close the door, it won’t close fully. The driver seems to be yelling at her. She tries again. Again. Success! Just in time. The M5 bus is barreling up Sixth Avenue and the cabbie needs to move on.

I just witnessed what happens when badly thought-out design confronts the reality of human life. Such design is unworkable for a large portion of the population. It’s inconsiderate and dangerous. It doesn’t take into account that people come in all sizes, abilities, shapes, and ages—or that each of them may need to take a cab, especially on frostbitten days. But, in truth, the cab is not really designed for the passenger. It’s designed for the driver.

As I’m boarding the bus, I get a flashback to one of Johnny Carson’s monologues from the 1970s. During his New York–bashing years, he often talked about the financially strapped city and its mean streets, now that he was safe in sunny Burbank. The routine, sans humor, went something like this: The cabbie is separated from the passenger with metal bars and a thick layer of acrylic. He gets all the heat, while the person who’s actually paying for the ride needs hockey skates for the ice on the floor.

When any design—be it a car, a chair, a phone, a room, or a street—frustrates people, makes them feel small and stupid, and makes others hate them for their ineptness, it is bad design. Let’s not keep talking about good design until designers, manufacturers, and city planners recognize that they’re in the service of humanity, in all its marvelous and confounding variety.