A molecular biologist-turned-designer discusses the intricacies of his research, and what the architecture of the cell has to do with the built environment.

Peter Lloyd Jones is many things. An author, educator at the University of Pennsylvania, and scientist working in the office of the Dean at Jefferson Medical College (Philadelphia, PA), he consults on medical innovation and is a holder of several patents. He’s also a “spatial biologist,” a job title of his own making. Jones coined the term to describe how his pioneering work in molecular biology led him to practicing design. LabStudio, which he runs with experimental architect Jenny Sabin, is the result of these unlikely interests. Together the pair have gained credibility, if not guaranteed acceptance, in the medical community.

The crux of their work is highly cross-disciplinary and team-based. Jones enthusiastically practices what he calls “extreme collaborations,” leaping over disciplinary barriers to transform the design field. Pseudo-interdisciplinary exercises hold no interest for him or Sabin. Instead, he believes in seemingly odd pairings to achieve breakthroughs asking, “Why not an architect and a poet?” 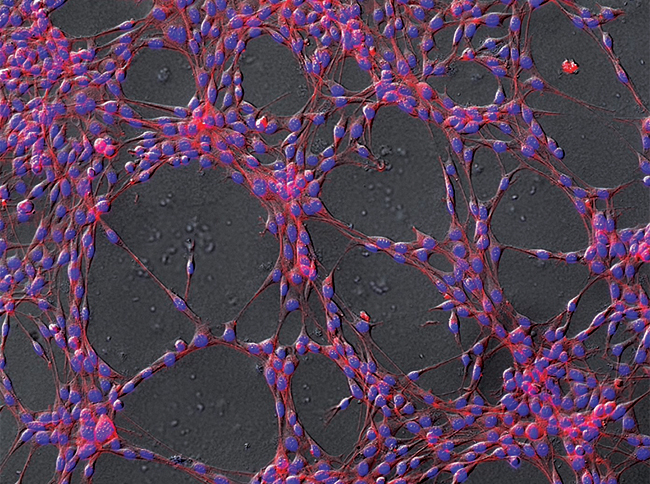 A prodigious worker and cheery provocateur, Jones promotes radical change in order to enhance human health and wellness. “Can architecture heal?” he asks, referencing studies showing how physicians, on average, interrupt a patient within 23 seconds of meeting them. The exam itself might average 4 minutes in duration, yet the complete patient care cycle from check-in to waiting room to exam room can extend to an hour and a half or more. “The way you are treated and perceived as a patient influences your capacity to heal,” he says.

“Open collaboration,” he contends, can use “human-centered design thinking principles” to design and engender “more cost-effective, empathetic user experiences with vastly improved performance criteria.” To that end, Jones recently formed the MEDstudio innovation group at Jefferson Medical College together with doctors, designers, and a self-selected group of medical students, with the goal of re-engineering healthcare products and their delivery.

Of course, Jones’s and LabStudio’s work has other radical connotations. Jones talks about the architecture of the cell, but unlike other, less specialized designers, he does so free of metaphor. “The physical structure, or architecture of a cell has the important capability of being able to control whether normal or disease-associated genes are turned on or off,” Jones says. “Measuring and then manipulating dynamic cellular architecture, therefore, provides a potentially powerful route to controlling human pathologies, including breast cancer.”

Scaling up, the work offers glimpses into what the future of the built environment might look like. Just as Jones’s team illuminates cells in motion, highling their striking patterns and structure, they also envision architecture as being dynamic and embodying vast environmental and social datasets that inform its behavior. Cell zippering, for instance, can provide a model for designing truly “site-specific” buildings that react to local stimulants and adapt to environmental changes. This is a responsive architecture, and it forms the basis of our discussion below.

Joseph G. Brin: Your ideas of architecture suggest a certain dynamism and responsiveness well beyond the capabilities of current buildings.

Peter Lloyd Jones: In LabStudio, we are not merely taking a biological structure or process and copying it. Rather, we created customized digital tools and novel outputs that established (i.e. visual) and novel (i.e. touch and sound) to discover deeper relationships within the biological system and new ways of seeing, thinking and doing in architectural design, ranging from the discovery of new morphologies and materialities, to the development of a novel design language between scientists, artists, designers and engineers.

JGB: If human cells can “zip” together, do you foresee buildings as living, sensing organisms that can grow, move and connect?

PLJ: We aim to imbue architecture with “cellness” or tissueness” rather than merely mimicking biology. In the case of cell zippering, this might result in the abstract expression of this process manifested as highly site-specific architecture that seamlessly adapts to its immediate and macro-environment. In a related project, conducted by Erica Savig, M.Arch., a designer at LabStudio who is now conducting a PhD in cancer biology at Stanford, the translation of the mechanisms that cells use to sense their environment and neighboring cells has resulted in simulated architecture for a daycare facility that responds very locally to the behavior of its occupants.

Fluorescence microscopic imaging of a collection of human breast epithelial cells forming a 3-D tissue unit in culture. Red staining shows regions of actin zippering between cells. Green shows the border between the multi-cellular tissue unit and its surrounding microenvironment 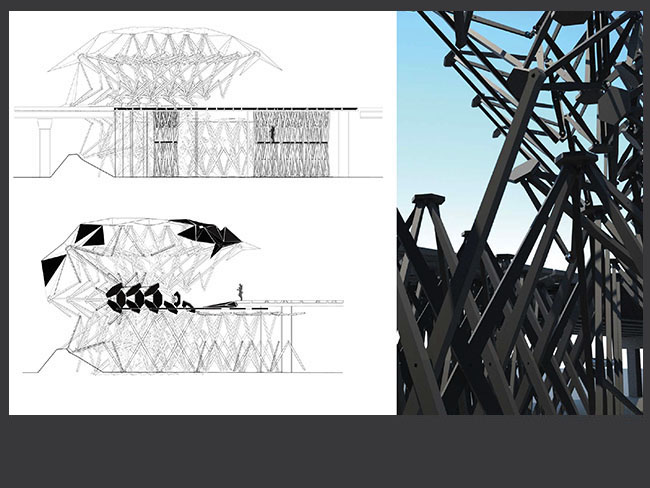 JGB: Can we nail down this critical transformation of knowledge from your lab to architecture with another concrete example?

PLJ: At UPenn we developed e-Skin, a responsive building skin. This $2m-funded project entitled “Energy Minimization via Multi-Scaler Architectures from Cell Contractility to Sensing Materials to Adaptive Building Skins” results directly from our biological studies examining cellular mechanics in lung disease. These and other projects could be viewed, therefore, as precedents to the future of architecture which will no doubt be embedded within higher order biological systems.

JGB: From a diagnostic point of view, your work with sound is especially intriguing. How did you penetrate those mysteries?

PLJ: By converting time-dependent cell changes into frequency maps and, subsequently, sound. Andrew Lucia, M.Arch., a designer at LabStudio who now teaches at Cornell, pin-pointed discrete differences in cell behavior at an unprecedented level, even contrasting the sounds of normal versus diseased cells. 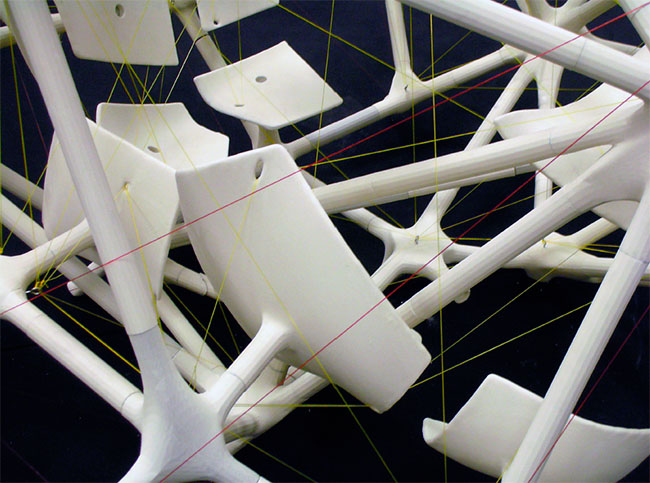 JGB: What’s the story behind your structural model of human mammary epithelial cells?

PLJ: “Ground Substance” bridges art, architecture and science through a structural and material model that is at once natural and artificial. This project embeds biological behavior in material systems through the use of advanced technologies in 3-D Printing and rapid prototyping. Advanced techniques in rapid prototype technology influenced the final production of the model. Prototype studies in 3-D printed ceramic modules were also produced. This final fabricated model is composed of 146 unique 3-D printed parts connected together with aluminum rod and cable thread.

Joseph G. Brin is an architect, writer, and fine artist based in Philadelphia, PA