The Architecture of SimCity Is a Russian Oligarch’s Fever Dream

Reviewing the architecture of SimCity

The reviews on the new SimCity have been plentiful, so there is not much one could add from a gaming perspective. There was the extremely bungled launch, when players could not access servers for at least a week. There is the always-online aspect of the game, which prevents access in Internet-remote locations. And there is the not-completely-fixed AI that runs the Sims (the inhabitants of SimCity) as well of their vehicles. All of this has left many older players, who often grew up playing previous versions of SimCity, feeling betrayed.

Beyond these issues, there is a stunningly realistic simulation of complex urban issues. Which is why we thought it time to look at one previously unexplored aspect of SimCity: its architecture. The game has had a tremendous impact on the fields of architecture, design, and urbanism, from bringing young players into these professions to prompting architecture students to dream up studio projects within the simulation. Some fans have gone so far as to use the game to accurately model real-world traffic set-ups.

However, the present game (SimCity, or SimCity 5) is quite different from previous iterations in several important ways. Primary among these differences is the sophistication of the modeling of urban flows and forces—from traffic and land value to economics and pollution. SimCity presents a far more realistic picture of these aspects of urban development, allowing players to really dig into the nitty-gritty of urban planning.

There is a trade-off here that prompts us to note the second major difference: The cities are clearly and perhaps overly bounded within their regions. As opposed to SimCity 4, in which cities touch border to border, creating a regional picture of sprawl and thrilling megalopolis, this version treats cities like pockets of development within a green landscape, creating a disjunction between highly interactive multiplayer regions and the reality of cities connected only by highways. 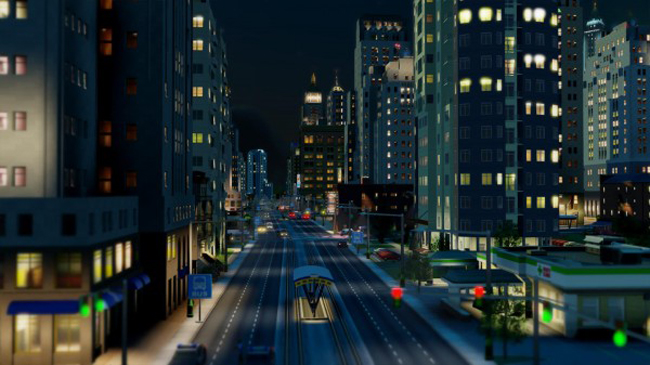 Another aspect of this strong focus on social and economic (rather than formal) mapping is that each city must be economically specialized in a specific category like tourism, electronics, oil, mining, or education. This helps with the lack of space imposed by the city size restriction, as not every city in a region has to have one of every service component or industry. However, this does lead to one-dimensional cities dependent on single resources, potentially leading them to future economic collapse when that resource is depleted. 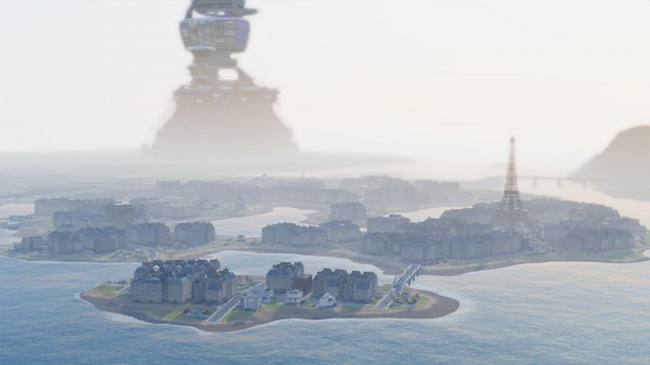 Despite these challenges, architects will find the game easy to use due to changes in the interface. In fact, much of the actual placement of objects in the game is done as if it were a CAD program. Roads are drawn as splines (curves are allowed!) that snap to each other. Holding down shift, like in Photoshop or Illustrator, makes squares or perfect circles. Zones are even drawn as lines along roads.

All of this makes for a thrilling urban experience, but what about the architecture itself? On the SimCity blog, the game designers have outlined how they design and model the buildings and topography of the game. And while most cities tend toward the eclectic in terms of architectural styles, the new SimCity sticks with various modernisms, whether of the midcentury, post-, or contemporary varieties. 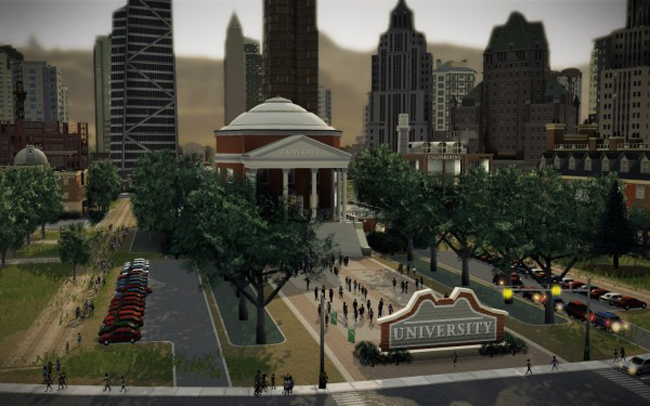 Among the landmarks, we’ve come across one newbie that stands out: Snohetta’s Oslo Opera House. While we haven’t stumbled upon others yet, we’ll be sure to look for them. Aside from these blockbusters, however, SimCity’s architecture is generic, appearing like a Russian oligarch’s fever dream—cheaply built luxury apartment towers stacked next to the simply curved mirrored-glass facades of lowbrow bling commercial development. The sun glints off of brass spandrel panels, casting reflections through the smog of rapid hyper-capitalist development.

Similarly, smaller-scale buildings come right out of suburbia, occupying their plots minimally. There seems to be little of what SimCity 4 excelled at: mid-rise development. This might be due to the fact that one does not zone for density in SimCity; rather, density is determined by road capacity.

From an urbanism standpoint, SimCity achieves a brilliant complexity, balancing a ton of real-life variables in an easy-to-digest simulation. The architecture, however, shows precisely what the game developers were most familiar with: the nearest city to Maxis HQ, San Francisco. Instead of gathering a vision similar in scope to their simulation, they opted for the view from their window.

This article first appeared in Architizer, the largest architectural database in the world, with firm profiles, project spotlights, news, and analysis for architects and architecture fans.