Alex Chinneck, an artist known for architectural legerdemain, won’t reveal the secret behind the floating “building” until later in the month.

Alex Chinneck, an artist known for his architectural legerdemain, won’t reveal the secret behind the floating “building” until later in the month.

Alex Chinneck, an artist whose catalog of previous architectonic sculptures includes a drooping facade, an upside-down house, and a meticulously broken series of windows, has delivered the architectural holy grail with his latest project—a floating building. “Take My Lightning But Don’t Steal My Thunder” is a temporary pavilion set in front of Covent Garden’s market building. And though the form of Chinneck’s installation is decidedly contextual—its columns, porticos, and rails inspired by the existing market buildings—its defiance of gravity easily turns the heads of passersby.

Indeed, seeing architecture hover above the ground with no visible means of support is enough to turn the stomach, or at least prompt a brief frisson of anxiety. “Architecture is a brilliant canvas for creative exploration and distortion because it surrounds and contains us,” Chinneck says. “I like how creative practice can make the everyday world feel momentarily extraordinary and by theatrically manipulating familiar architectural scenarios.”

Of course, half the fun of this type of installation is trying to figure out how it works—ropes, hidden supports, magnets? The 40-foot-long installation was built out of CNC-cut polystyrene, and there is apparently a lot of steel (several tons in fact) lurking just beneath the historicist veneer. Chinneck, however, won’t reveal just exactly how he did it—not until later in the month, anyway. For now, we will be left to speculate. 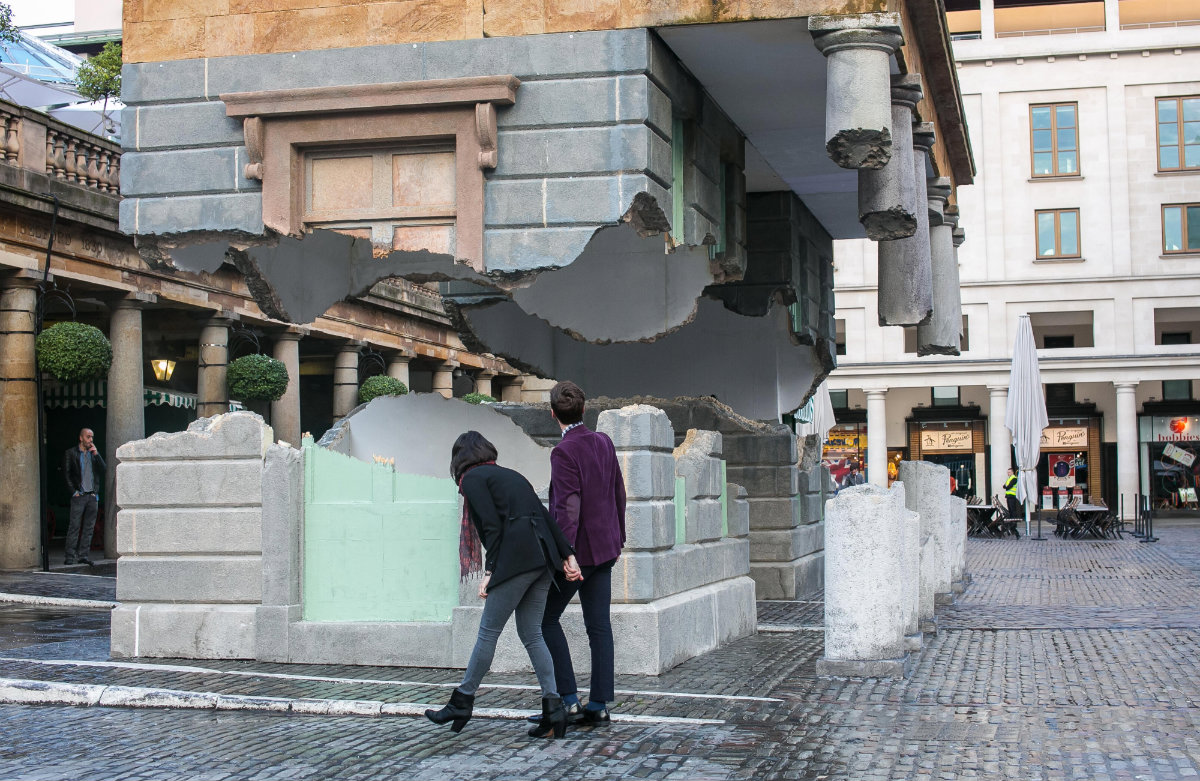 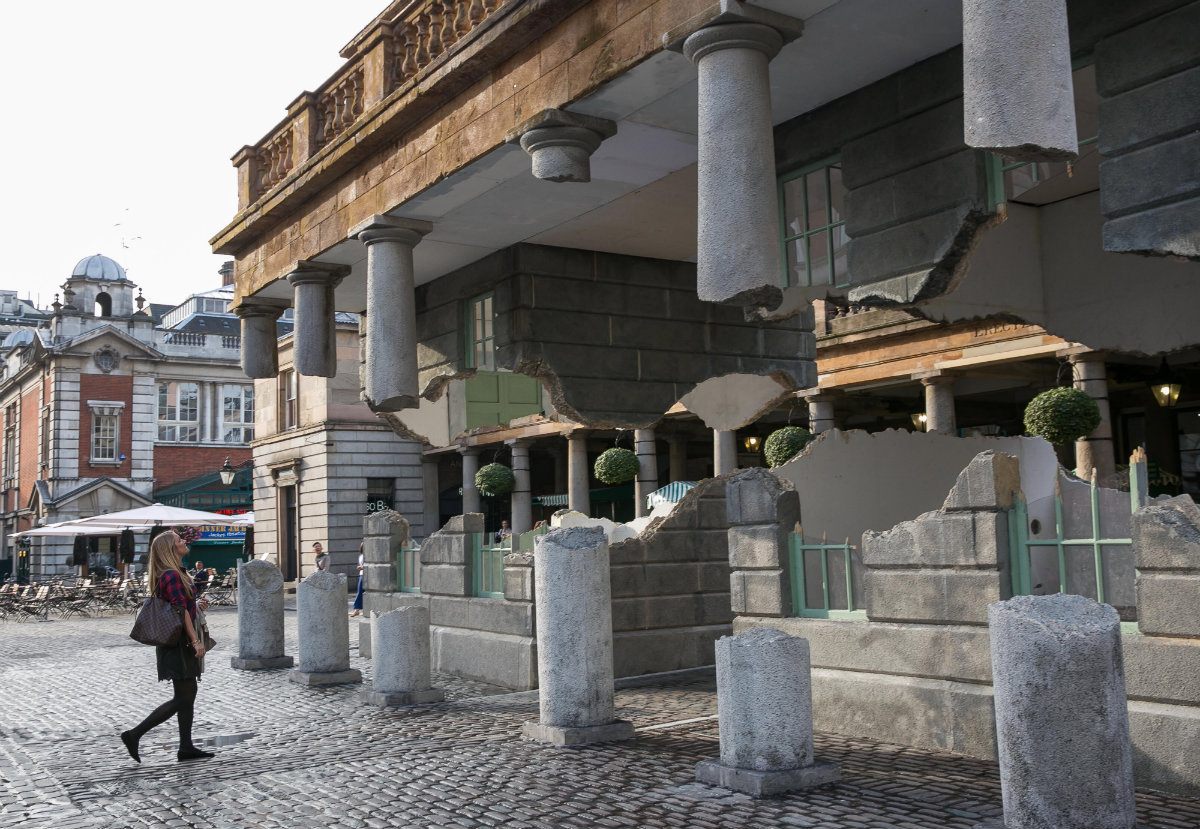 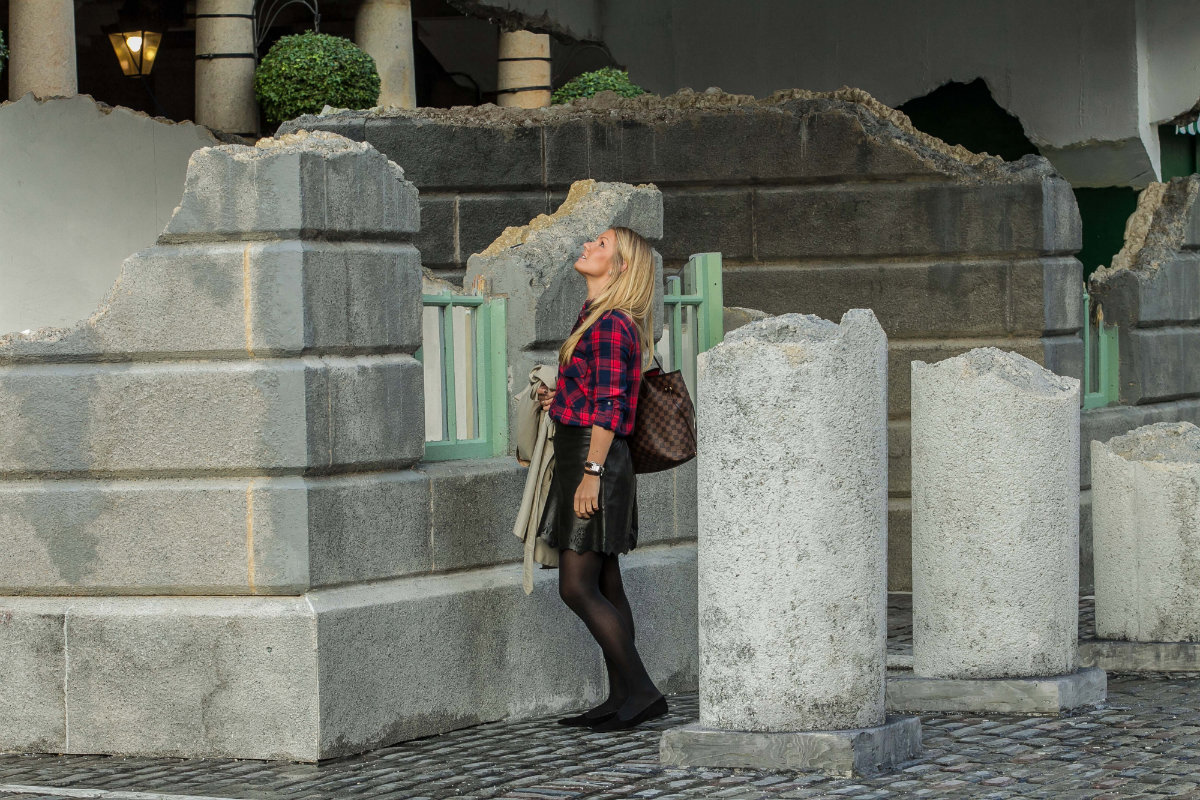