Artist Installs Human Forms on Precarious Ledges Around the World

With “Event Horizon” Antony Gormley invites viewers to investigate their connections to the urban environment.

From Phoenician caryatids to Richard Serra’s assemblies, architecture and sculpture share a single, twined history. Now, British artist Antony Gormley — winner of the 1994 Turner Prize — has created a series of urban installations that throw an unnerving and beautiful light on a long and complicated relationship. Called “Event Horizon,” the series has migrated from London (2007) and Manhattan (2010) to Rio de Janeiro and Sao Paulo (2012) and now on to Brasilia (through January, 2013).  Along the way, it has stunned tens of thousands of city dwellers into more acute and conscious contact with their built environments. 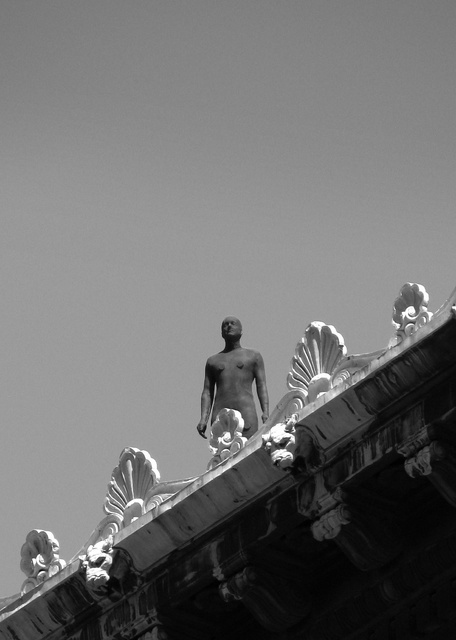 “Event Horizon’ hopes to activate the skyline in order to encourage people to look around,” Gormley himself has written. “In this process of looking and finding, or looking and seeking, one perhaps re-assesses one’s own position in the world and becomes aware of one’s status of embedment.” 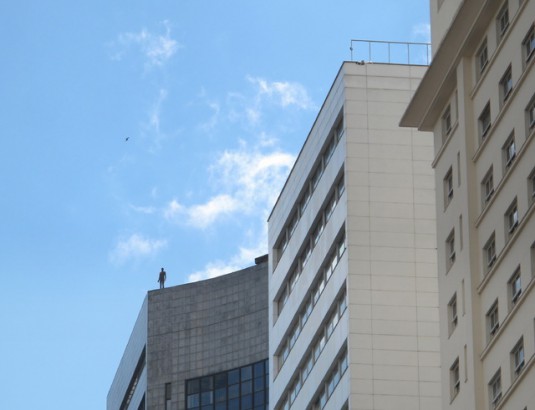 He accomplishes this feat by embedding dozens of human forms — anatomically accurate casts of his own body — often in high, and highly unlikely, perches within a dense urban environment. In Rio, where I caught up with the work this summer, they loomed between Baroque bell towers and peered precariously over the sheer faces of modernist office towers. 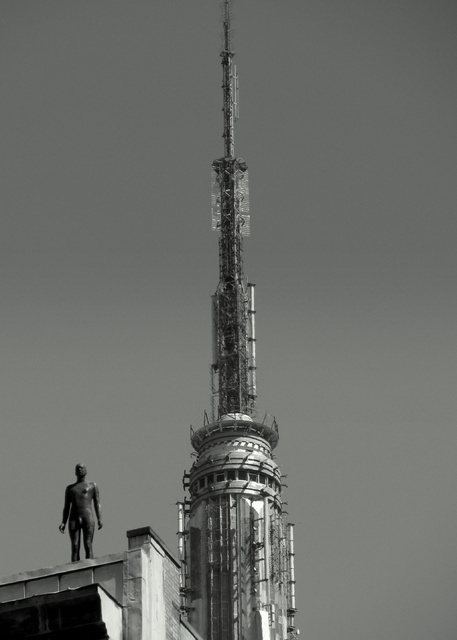 Even if you have already seen photos of Gormley’s work, the artist still manages to catch you off guard when you first glimpse one of his precariously placed figures. For a second, you wonder if you’re actually seeing someone up there on that narrow precipice. Or was it just a flickering of your own imagination? Even after you confirm the figure’s “reality,” you keep wondering, for at least another brief second, if it is in fact a live human being. Of course, it’s not, but the sensation of that strange presence retains what I can only describe as nerve-wracking weight in your mind. 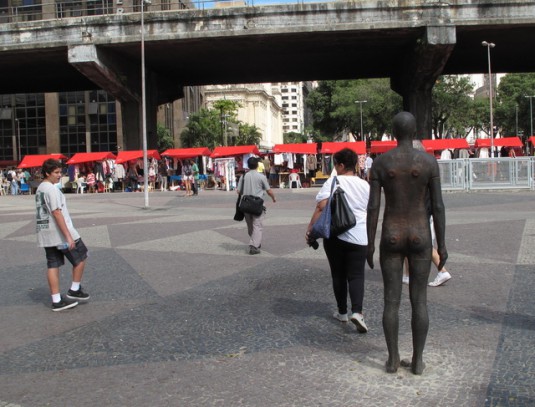 But this perplexity is only the beginning. Now, as you begin to reflect more consciously, you wonder what that strange figure is supposed to represent. Is he guarding or infiltrating: a soldier or a spy? Has he been drawn there by raw curiosity, or is he a forlorn creature ready to jump? And how did Gormley get him into that precarious position in the first place? Even more incredible, how did he get all the authorities to approve such a scheme? 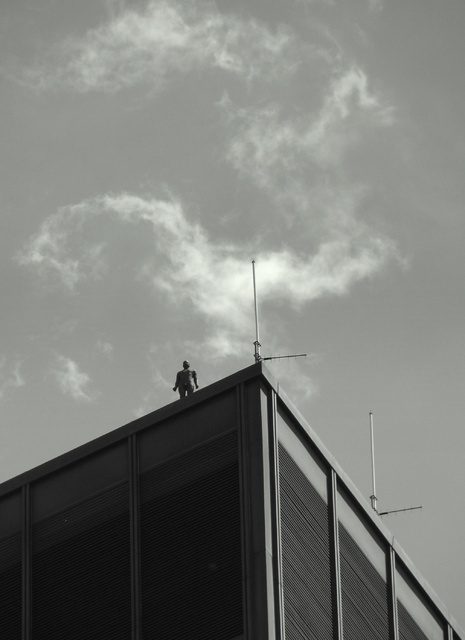 In short, your mind goes a little haywire as this quick succession of unanswerable questions induces a kind of mental vertigo, which of course makes you identify all the more with the figure up in that precarious aerie. In fact, as you stop and stare at him amid the relentless activity of the city, the two of you have, in that moment, become some kind of doppelgangers. And suddenly you remember how, whether awake or asleep, you too have dreamed yourself into those inaccessible places that loom above us in our everyday rounds. 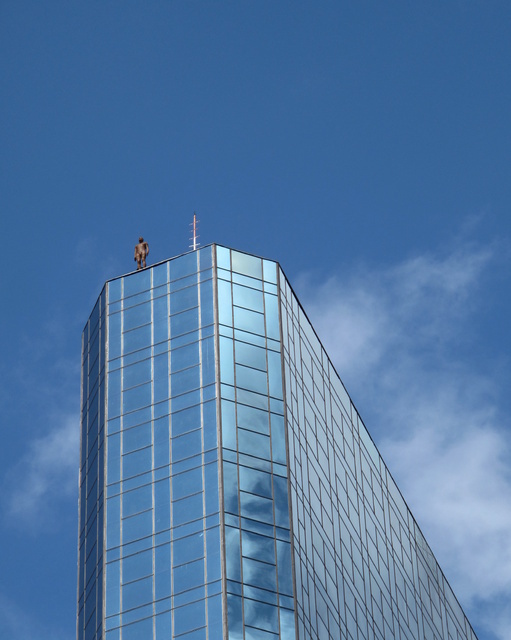 Gromley’s works are now on display in Brasilia, Brazil through January 6, 2013. Here is the link to the Portuguese site. Gormley’s work is also on display in New York City, at the Sean Kelly Gallery through Dec 22, 2102. Robert Landon has written about design, architecture and travel for a range of publications, including Dwell, Lonely Planet, the Los Angeles Times and London’s The Daily Telegraph. Find out more at www.robert-landon.com. 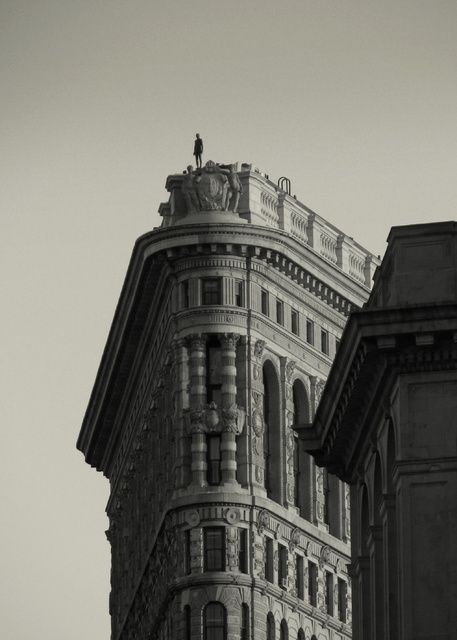