2004. News spread in Philadelphia on February 17, 4:15PM, that Faheem Thomas-Childs, ten years old, was dead.  He was caught in a hail of nearly 100 bullets, crossfire between rival gangs that occurred as children streamed into school to start a new day. Faheem Thomas-Childs held on but the wounds were too devastating and his […]

2004. News spread in Philadelphia on February 17, 4:15PM, that Faheem Thomas-Childs, ten years old, was dead.  He was caught in a hail of nearly 100 bullets, crossfire between rival gangs that occurred as children streamed into school to start a new day. Faheem Thomas-Childs held on but the wounds were too devastating and his bright light flickered out.

In his own neighborhood, Faheem Thomas-Childs was known as “A real peacemaker.”

Typically, such a tragedy would be followed by a candlelight vigil where caring citizens come out in support of family. At most, there’s a flurry of news coverage and then nothing. Life goes on. But something about the nature and promise of this boy, an all “A” student, prompted an extraordinary, spontaneous march of friends, families and strangers in the city.

“I feel badly. I should join them,” I thought to myself.

2009. Newspapers in Philadelphia were filled with ongoing stories about Asian students being bullied and assaulted at a particular school.

“That’s terrible, someone should do something about this,” I thought to myself.

2011. News stories surfaced in Philadelphia about a six year old immigrant to the United States who was being brutally beaten every day in a local school…by other six year olds. The father petitioned the school for action. To say the administration was ineffectual would be a gross understatement. The father, in desperation, pulled his child out of that school. Thankfully, the story had a happy ending when, within days, an alternative school opened its doors to an innocent six year old who just wanted to go to school to learn.

“This is just too much, an embarrassment to the city, something more has to be done,” I thought to myself…

“Sunlight” is the best means for society to expose any coward who thinks they can get away with violent, abusive behavior.  The creative arts can help to shine that light. 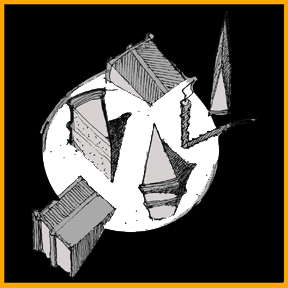 I spoke to a colleague, exhibit designer Jordan Gil,  telling her I wanted to do something about the whole problem of school bullying in Philadelphia.

We had just met but in short order we formed “B. Free” (Bully-free Philadelphia), designing a prototype for action. The University of the Arts (UARTS) and the Charter High School for Architecture & Design (CHAD), both in Philadelphia, expressed interest in working with us to put together our first B. Free design charette.

Concept In a Nut-shell

2.     Digital quilt – All the schoolchildren’s artwork is stitched together on the computer. Children keep their donated art supply kits from the day as a reward. The quilt is printed on a high-end digital printer, large-scale for public display and also posted on our website. A bus-wrap of the digital quilt would also have great visual impact on the public…but we found it’s simply cost prohibitive at this time.

No city in this nation can legitimately call itself “world class” if there are schoolchildren trembling in fear as they enter school each day. It’s an environmental hazard of the first order. It’s an outrage, it’s unsustainable, it’s…

Look, I’m not kidding myself. Like you, if I thought about this deeply enough I’d just walk away. The scourge of bullying is so widespread and, seemingly, intractable.

But, as someone quoted earlier in Metropolis aptly stated, “Ability is responsibility.”  Sometimes impatience is a virtue; it’s better to fight back and barge ahead, intelligently. Expecting guaranteed results? That’s a recipe for inaction. I want to do something positive – now.

It’s a matter of professional conscience.