The darker side of Fashion Week?

At a recent exhibition opening at the Fashion Institute of Technology in New York, a flame-haired woman in a breathlessly tight green latex dress chatted with an statuesque man outfitted in tiny black shorts, knee-high, patent leather boots, and a cascading cape of sheer, ebony lace dotted with bursts of gold embroidery. The woman, aptly named The Baroness, is known in many fetish-fashion circles for her high-end latex clothing line. The soaring man with whom The Baroness spoke, whose name no one seemed to know, stood surrounded by an entourage of gothic admirers—many of whom wore corsets, bone-white makeup, and sky-high collars of architectural allure. 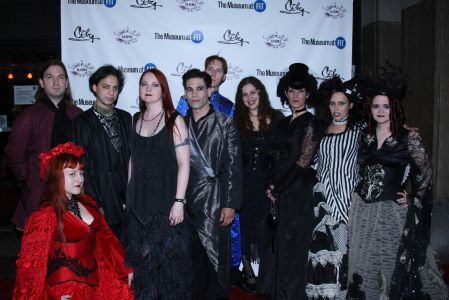 Just a few of the appropriately attired partygoers at the opening of Gothic: Dark Glamour

The purpose of this occasion? Dr. Valerie Steele, director and chief curator of The Museum at FIT, has revealed her latest examination into the history of fashion, body, and culture in her new exhibition, Gothic: Dark Glamour. At this exhibit, it’s required not only that you leave your social qualms at the door, but also that you cast wide your net for intellectual query and approach with an open mind.

The very basis of Dr. Steele’s study since the late 1970’s has been to pioneer a new academic field-by unzipping us, coercively, from our rigid academic constraints. At Yale, during her graduate studies in European history, Steele became aware of just how strongly intellectuals resisted fashion as cultural study. As she told the New York Times in 1999, her doctoral dissertation entitled “Fashion and Eroticism” (later to be published by Oxford University Press), garnered much professorial scorn: ”In academia, fashion is frivolous, sexist, bourgeois, materialist and beneath contempt,” she described. 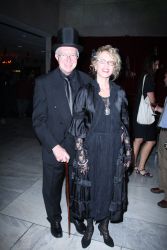 But this was no real hindrance to the “High-Heeled Historian,” as she’s now honorifically named. Since the mid-1980s, she’s continued to push the envelope, publishing over a dozen books along the way under such prestigious publishing houses as Oxford University Press, Smithsonian Institution Press, and that of her alma mater, Yale University. Along the way, one gutsy little gem was a 1991 essay in Lingua Franca (1991), simply titled “The F-Word“. That essay lambasted the hypocrisies of female professors, who shun high heels as “politically retrograde” but still worry that their colleagues won’t take them seriously if they “wear an Anne Klein skirt.” 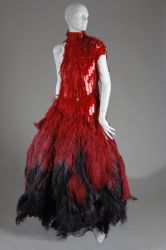 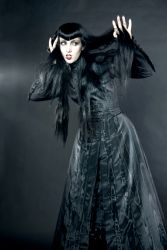 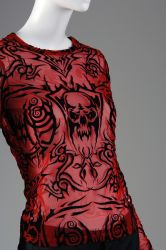 Gothic: Dark Glamour proves, among other high-impact claims (mostly of the fashionable kind), that if there is no lesson plan for your study, simply draw up your own. The opening was well-attended by Steele’s diverse circle of colleagues: designer Thom Browne served as the exhibit’s fashion consultant, while designers Derek Lam, Kambriel, and organic couturier Maria Cornejo browsed the exhibit’s seven stages of contemporary and historical gothic dress. The labyrinthine space is organized thematically into seven “iconic spaces” such as “Night,” the “Ruined Castle,” and the “Laboratory.” One Victorian mourning dress dates from 1880; a 2001 Alexander McQueen dress is made from dyed-red microscope slides and channels the “beauty, horror, and madness” of gothic subculture. 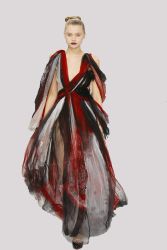 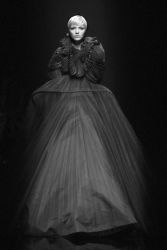 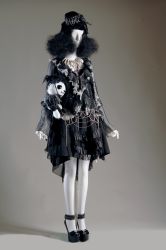