A quest for educational legacy provided the inspiration for Centro, a design and creative industries university in Mexico City. 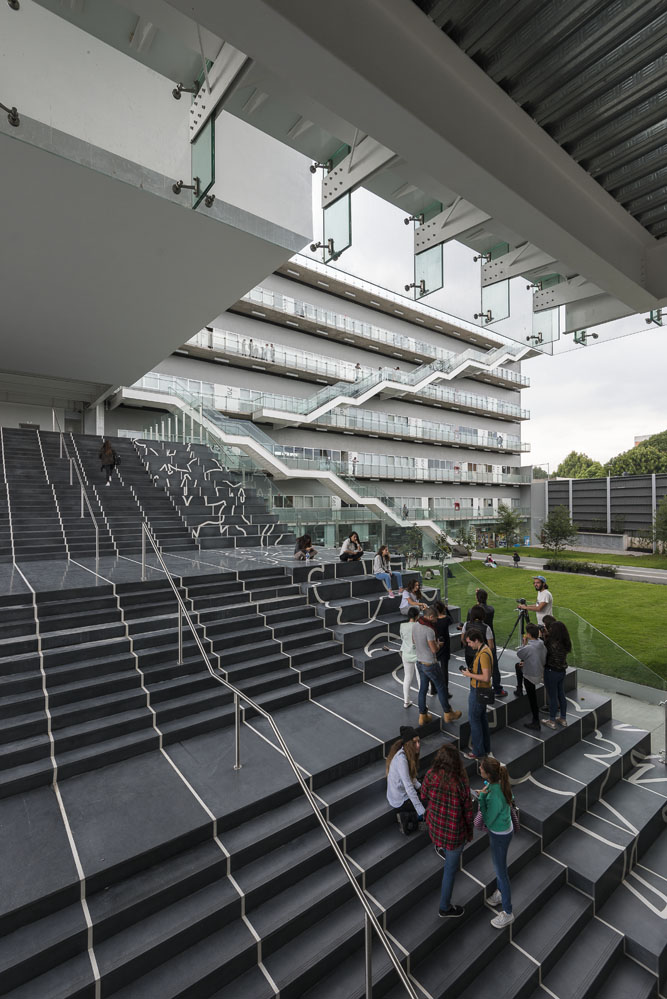 In the middle of the new Centro campus in Mexico City is a black-granite and white-resin 40-foot-wide staircase designed by Jan Hendrix.

A decade and a half ago, philanthropist Gina Diez Barroso de Franklin approached renowned Mexican architect Enrique Norten, principal of TEN Arquitectos, with a proposition. She and her husband, developer Abraham Franklin, hoped to start a design school in Mexico City, and they wanted Norten to help. “I felt this urge to give my country some kind of legacy in education,” Diez Barroso de Franklin says. “At first I thought of giving a gift to an existing university, but when I looked at the options I didn’t see anything that I really wanted to contribute to.”

Diez Barroso de Franklin wanted a school that would combine the best of design and business education, providing students with the skills to succeed in all aspects of creative industries. Norten was recommended to her as someone who could help bring this idea to life, and she invited him to join the advisory board. “We started working together not to design a building but to create an institution,” says Norten. “We traveled together with her and her husband because we were trying to look at comparable schools. We wanted to see what was happening throughout the world.”

In 2004, Centro—which offers studies in design, communication, marketing, film, and digital media—opened in a rented 35,000-square-foot facility in Mexico City. The school quickly grew and, by 2010, it became apparent that it was time for a new campus. Considering his intimate involvement with the school since the beginning, Norten was the obvious choice as the architect. “Enrique has Centro in his veins,” says Diez Barroso de Franklin.

The new site’s central location on Avenida Constituyentes was Norten’s first step in creating a campus that stayed true to the ethos of the school. “The most important aspect was that it was a very urban school,” says Norten. “We were being offered sites that were detached from the city. We wanted it to be very accessible to public transportation, because 30 to 40 percent of the students have scholarships. They come from all sorts of different economic backgrounds.”

The design also needed to enhance the feeling of transparency and community. “It was very important to consider how people move around,” says Norten. “We want people to interact with each other.” To this end, the centerpiece of the campus—which comprises 1.2 acres including three buildings—is a monumental inlaid-marble staircase designed by Dutch graphic designer Jan Hendrix. “We wanted that area to have people sitting there during the day, people moving through it, people studying there,” says Norten. “Everything sort of happens there very naturally. It’s a way to connect.” The open-air walkways and staircases throughout—there are no internal hallways—as well as the green roof perpetuate this idea of constant interaction. “We have fantastic weather, so people can just be outside,” says Norten. “The whole idea is people coming out and being together in a spontaneous manner.”

For both Diez Barroso de Franklin and Norten, this LEED Platinum campus is all about looking to the future. While the current student population is 2,500, it continues to grow, and the campus is designed for 7,000. “People have started to come from all over the world,” says Norten. “It’s the humane aspects of the institution that are the draw. The professors are amazing, and it’s a diverse group from all over the world. The students are very excited and have tremendous enthusiasm—there’s a great new energy.” 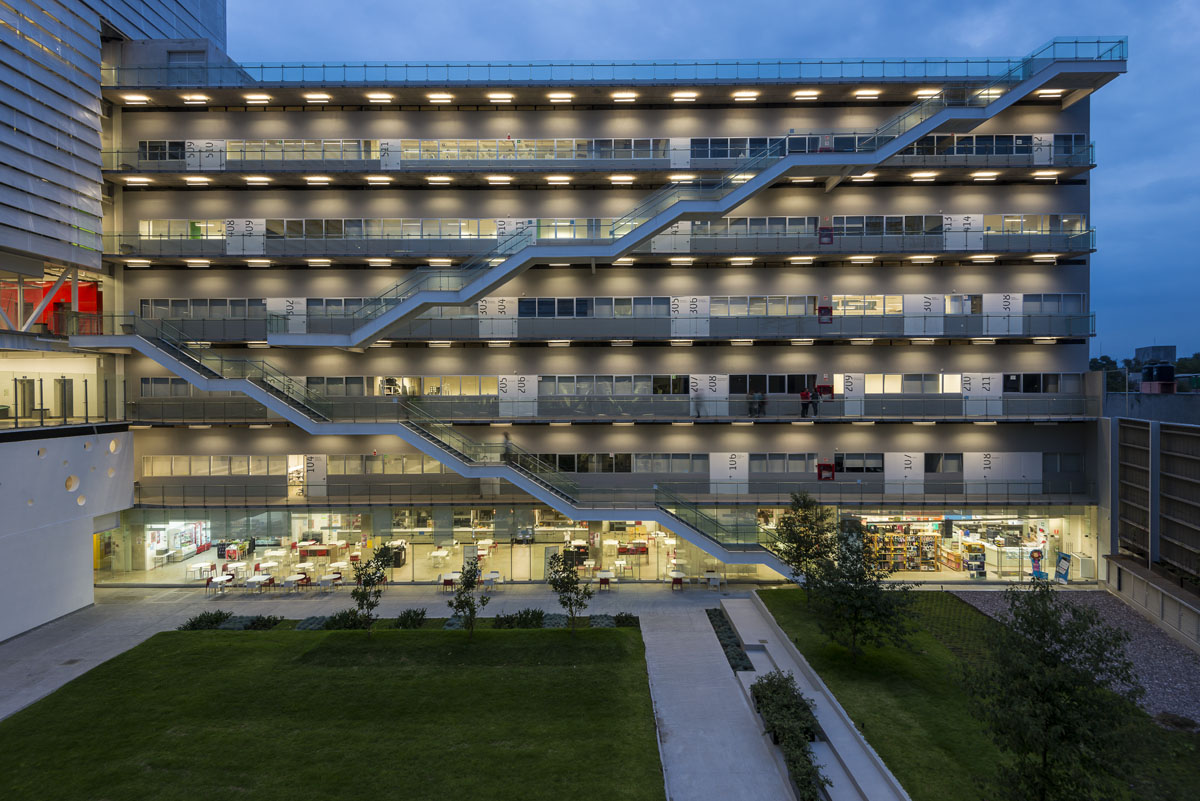 The outdoor staircases are meant to encourage student interaction. “I wanted something that was very friendly to the students,” says president Gina Diez Barroso de Franklin. 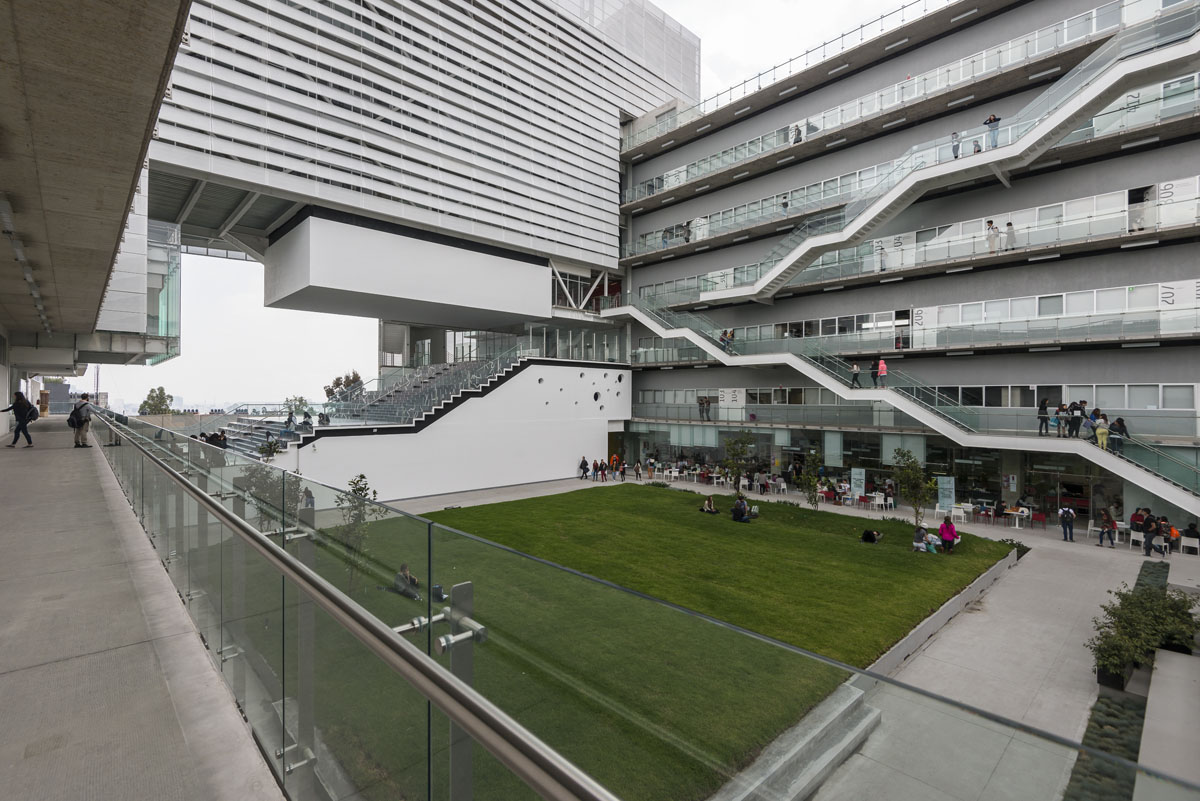 “I didn’t want an iconic building that couldn’t fit what Centro was,” says Diez Barroso de Franklin. “Enrique did really well—these stairways allow all the disciplines to mix with each other.” 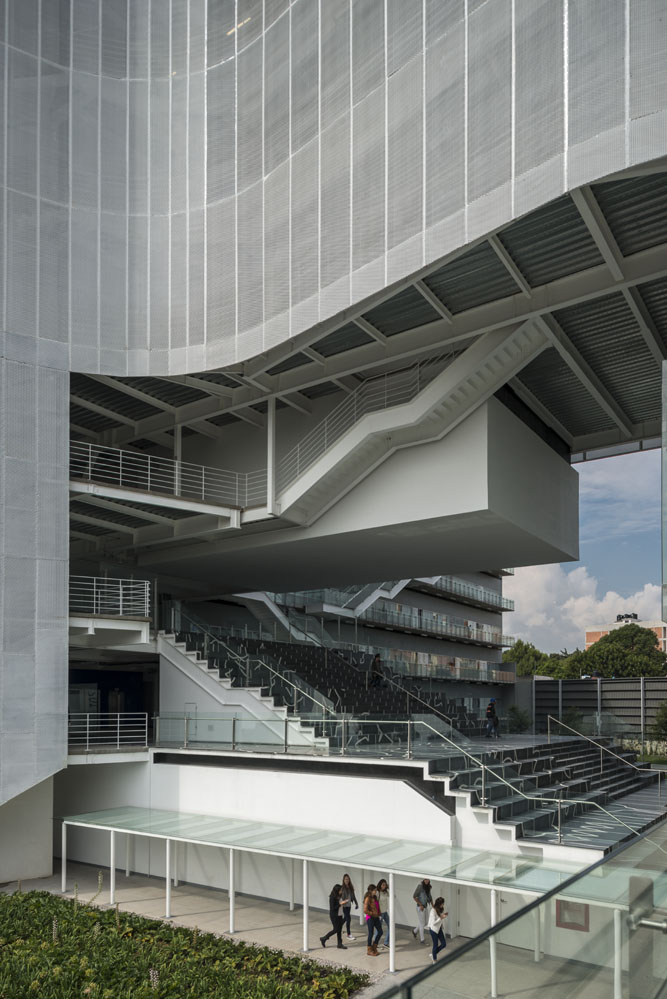 “We really wanted a campus that represented the spirit of the school,” says architect Enrique Norten. “It’s a school that wants to be collaborative, that wants to be interdisciplinary, where everyone works with everyone else.” 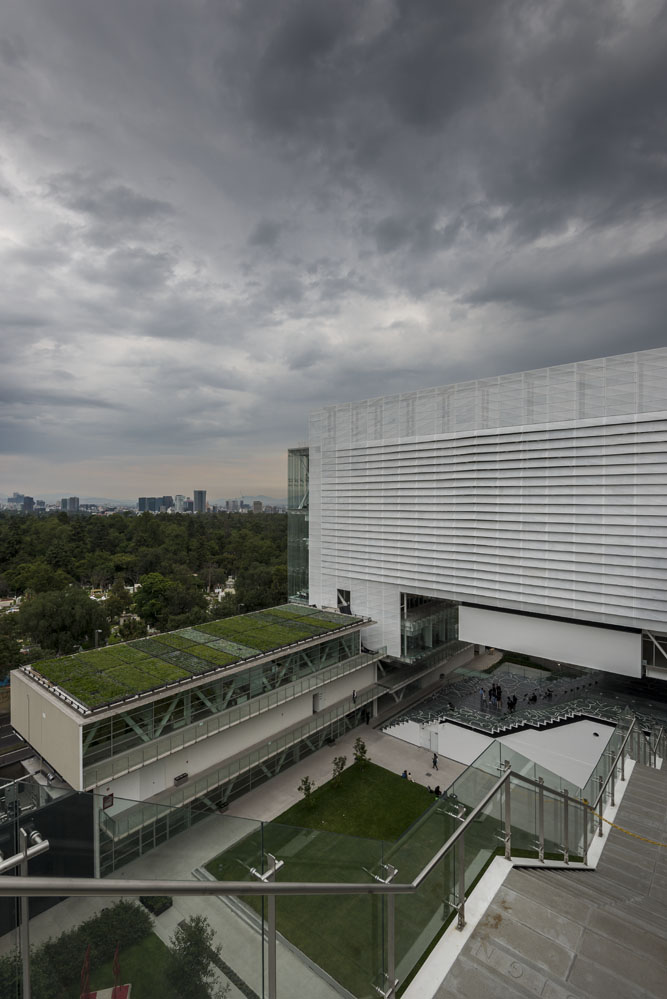 A green roof, solar panels, and natural ventilation all contributed to the campus’s LEED Platinum certification.