The Fenway Victory Gardens hosted this year’s Common Boston Common Build as the site partner and client. A patchwork of plots tucked into a seven-acre corner of Frederick Law Olmsted’s Emerald Necklace, the Gardens were built during World War II on a marsh filled in with excavations from the subway extension in nearby Kenmore Square. […]

The Fenway Victory Gardens hosted this year’s Common Boston Common Build as the site partner and client. A patchwork of plots tucked into a seven-acre corner of Frederick Law Olmsted’s Emerald Necklace, the Gardens were built during World War II on a marsh filled in with excavations from the subway extension in nearby Kenmore Square. The semi-private Victory Gardens and the public park in which they’re situated are a vast and highly utilized public space within a dense urban environment; this interplay brings hosts of challenges involving issues of access, security, identity and competing cultures. 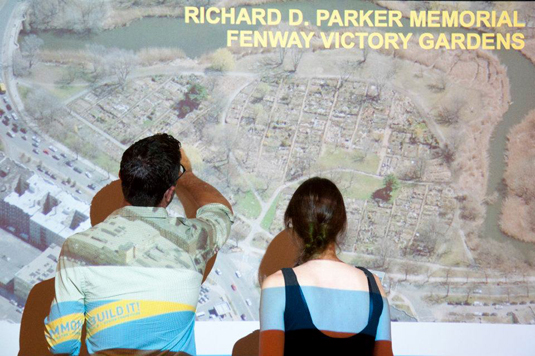 Snapshot of the Kick-Off. Mennonno Orients a Participant to the Garden. Aerial photo of the 7-acre site is shown in projection.

At 70 years old, our community garden is the oldest continually active Victory Garden and it has witnessed enormous physical and demographic shifts. It counts close to five-hundred active members drawn from all sectors of the wider community. The land on which the gardens thrive has been highly contested.  While the Fenway Garden Society (FGS), the nonprofit that is responsible for stewardship of the park, has been instrumental in maintenance and facility improvement, and has made major inroads with irrigation and accessibility, the society faces daily obstacles as it tries to cultivate and convey a sense of community. This is what drew the FGS board to Common Boston Common Build. 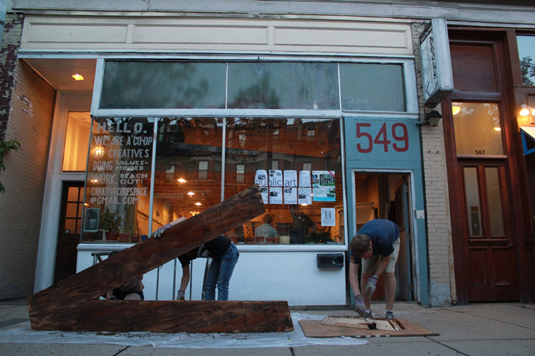 Team Neighbors expand their workspace into the neighborhood of South End, Boston

A 72-hour design and construction competition with a highly collaborative process, CBCB offers several unique and welcome opportunities to a diverse community such as ours.  This is dialogue by design. From the beginning our community understood its potential to generate awareness of and excitement about our community’s needs. 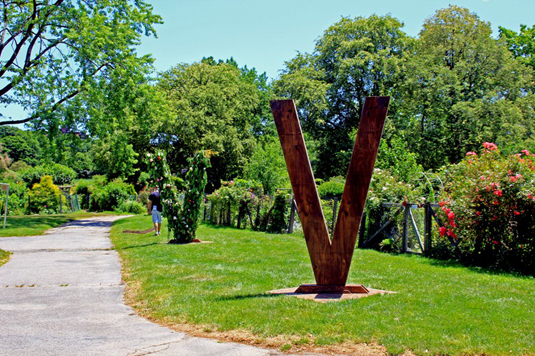 Entrance marker boldly states “Vs for Victory” by Team Neighbors.

While many of the designers competing in the Common Build had some familiarity with the Victory Gardens, few had a sense of the community that tends them, much less the interconnected organizations that sustains their life. Over the few days of the Common Build that changed. 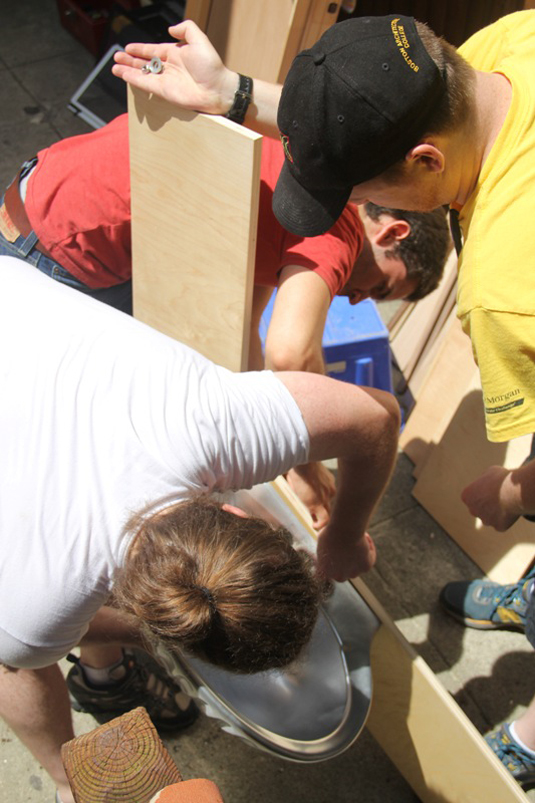 A sink, one of the “Found” objects in Team Studio g-Force’s project “Lost & Found”, is being mounted. It’s all hands on in this 72-hour competition

The competition criteria encourage teams to assess and address the real needs of the community through design.  Teams are asked to investigate, claim a specific site and establish relationships with local organizations. The teams did just that. They engaged in dialogue with us, spreading out over the park, speaking to passersby and gardeners in their plots, and sharing in the common desire to improve the park. CBCB team members arrived to Sunday’s project tour armed with more than information; they had, in some sense, already become a part of the community. 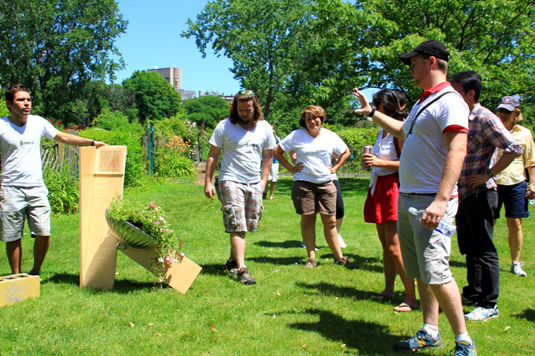 Team Studio g-Force presents a finished installation of “Lost & Found” objects in the garden. Their work was inspired by the park’s  history and topography of this reclaimed marsh territory.

By the time they unveiled their installations, our community was abuzz.  The build was stimulating and enlightening.  Members of the community, who turned out in numbers, were delighted by the interactivity of the entire process, from information-gathering to implementation.  Some have already begun petitioning for the permanent installation of a piece or two from the build.  Several of the installations worked together, as one juror noted, to effectively address a complex of challenges the community identified over the course of the competition: from utilizing signage for security and wayfinding to creating common spaces where gardeners and park visitors can gather to meet, swap materials, and exchange knowledge. 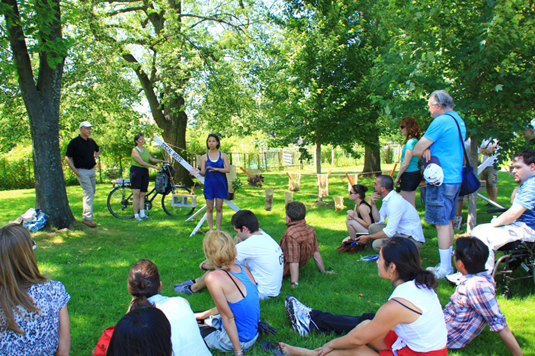 The CBCB surpassed our expectations, leaving the building blocks of a dialogue about growing forward together as a community.  While only one team will win first prize, the CBCB was a victory for us all. 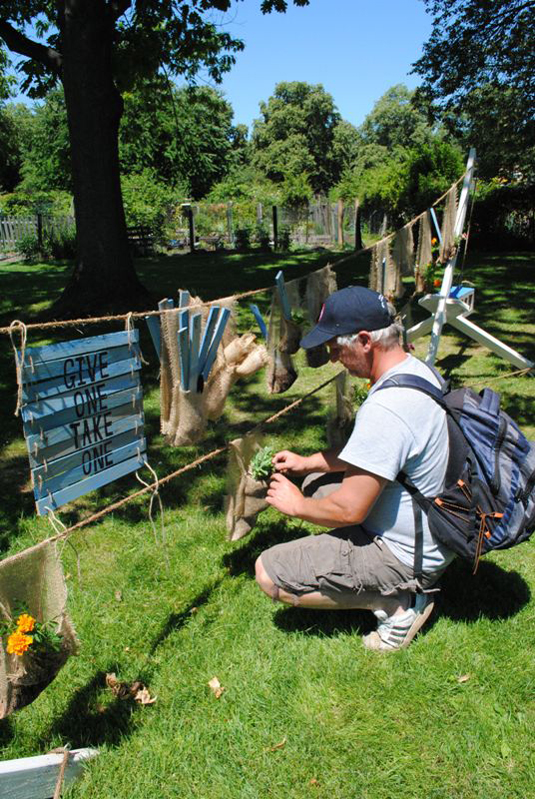 Mike Mennonno is the President of the Executive Board of the Fenway Victory gardens. He is a Master Urban Gardener and serves on the Emerald Necklace Conservancy’s Board of Park Overseers.