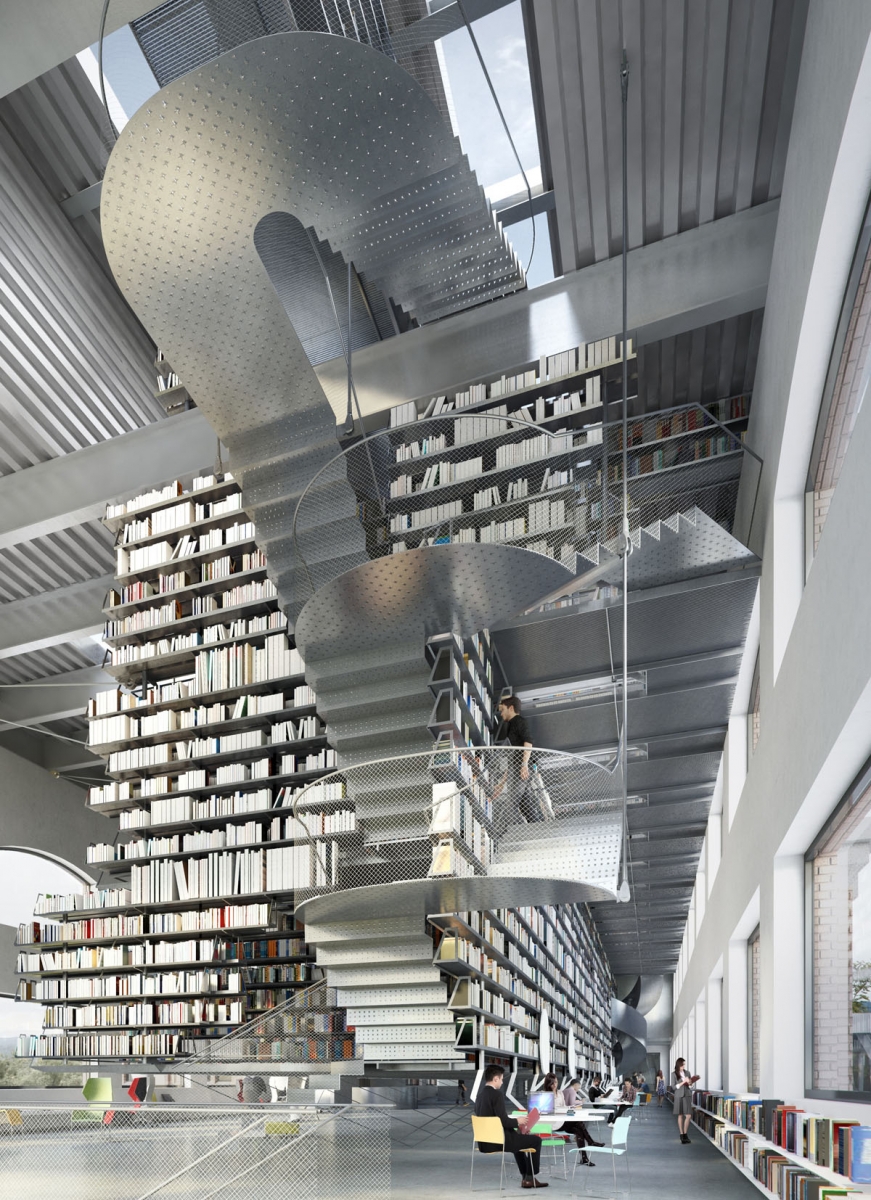 As public libraries and media organizations turn increasingly away from books and other print publications, devoting funding instead to technology-based resources—access to databases, coworking spaces, and the like—it seems strange for an institution to reaffirm the centrality of the printed word. Cornell University is doing just this with its new Ho Fine Arts Library, which balances the legacy of stacks with the technological imperatives of today’s educational environment. This balance will be evident in the building itself, since the proposed design by Cornell AAP (Cornell University College of Architecture, Art, and Planning) alum Wolfgang Tschapeller combines a careful restoration of the brick exterior of Rand Hall, former home to Cornell’s architecture studios, with an innovative re-ordering of its upper stories.

The sculptural massing of the stacks juts through the roof of the existing building, crowning it in a silvery mass that, like a giant lantern, will cast light across Cornell’s Arts Quad and visually link the campus skyline’s other landmarks. Inside, the stacks containing the fine arts collection—books on subjects ranging from architecture to fiber science—will stretch across four levels, undulating through Rand Hall’s upper two floors. Staircases, ramps, and catwalks wind between the shelves, admitting light from above while recalling the labyrinthine feeling of traditional stacks. “The design for the Fine Arts Library is an immediate and quite physical invitation to discover an extraordinary collection that appears as one big volume, visible in its entirety upon entering,” says Tschapeller. “The winding staircases are the keys to enter this volume of knowledge, browse, read, and wonder.” 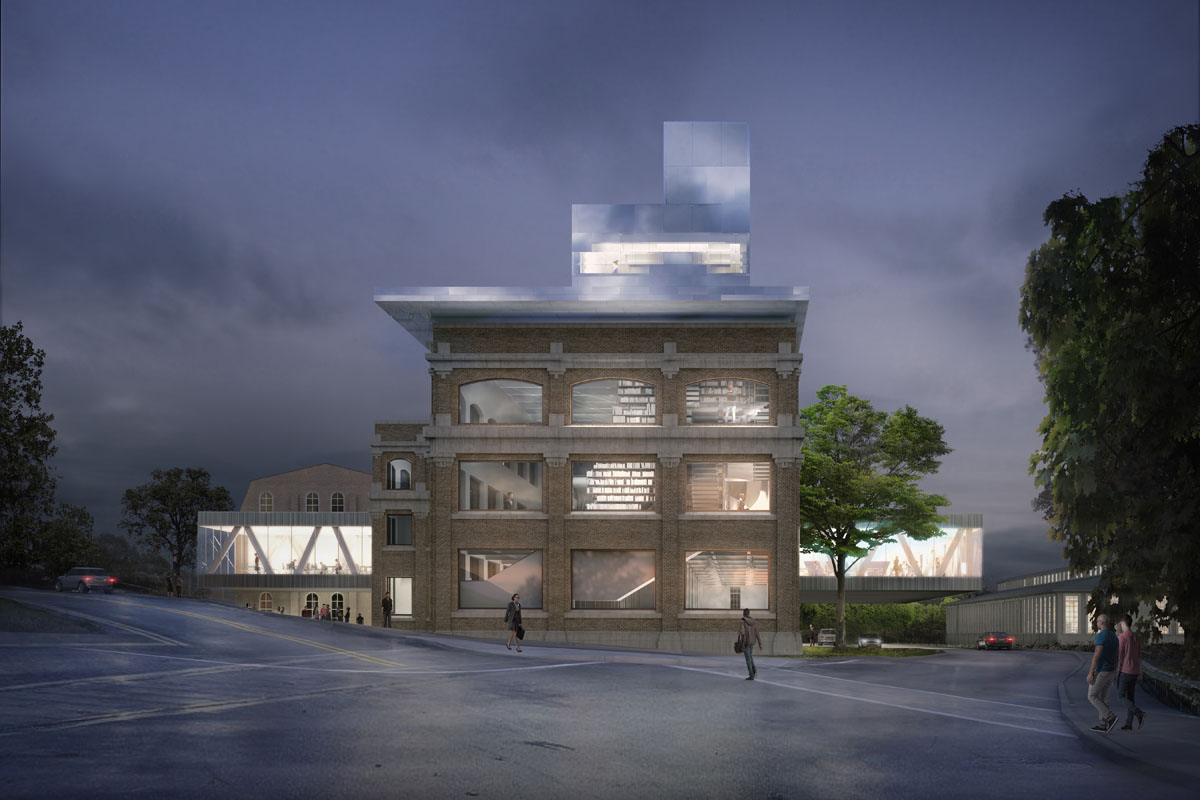 Rand Hall, originally slated for demolition but preserved by OMA’s design of Milstein Hall, will be the site of the library.

In addition to its educational mission, the construction of the new library inside Rand Hall—to be completed by 2017—allows the university to commence much-awaited restoration work on the building. On the to-do list: removing an unloved stair tower, repointing the brickwork, restoring a concrete frieze, and adding thermal insulation. Though outside of Cornell’s historic district, Rand Hall is a landmark for many on campus, and also for the former architecture students whose studio desks were housed in the building.

“After 104 years of benign neglect—and several narrow escapes from the wrecking ball—we will give Rand Hall the complete rehabilitation it deserves,” says Kent Kleinman, dean of Cornell AAP. He stresses, however, that this heritage work is only one facet of a larger project, which will see the library act a testing ground for new technologies and ways of interacting with the university’s prized collection of richly illustrated plates, images, and engravings. Students and instructors will be able to check out books to specially curated tables outfitted with sensors that recognize RFID tags in each volume. They can also huddle in groups and work together in what Kleinman calls “networked collaborative spaces” that will be found throughout the library. “There is not a trace of nostalgia in this project,” he says. “We are looking into the future, and the future of fine art books is in great institutions like Cornell.” 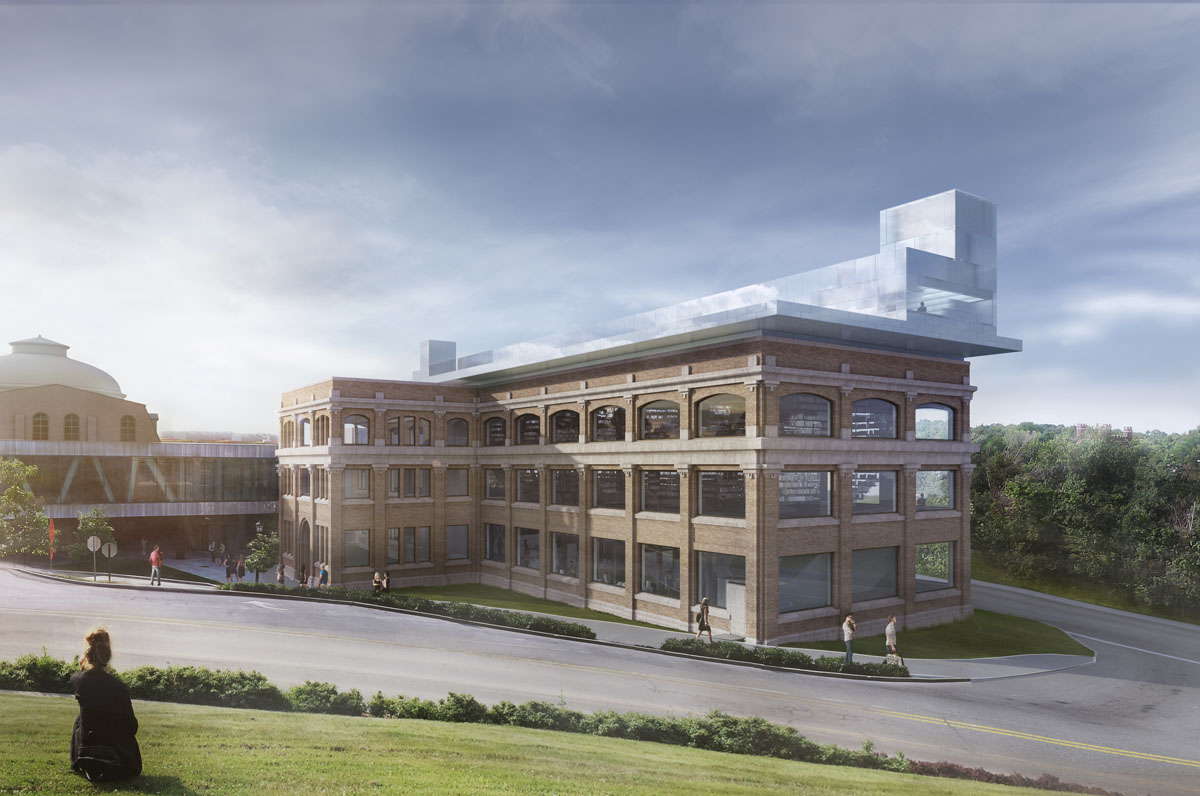 While the library volume will be inserted within Rand Hall, the stacks will push through the roof, acting as a new campus beacon. 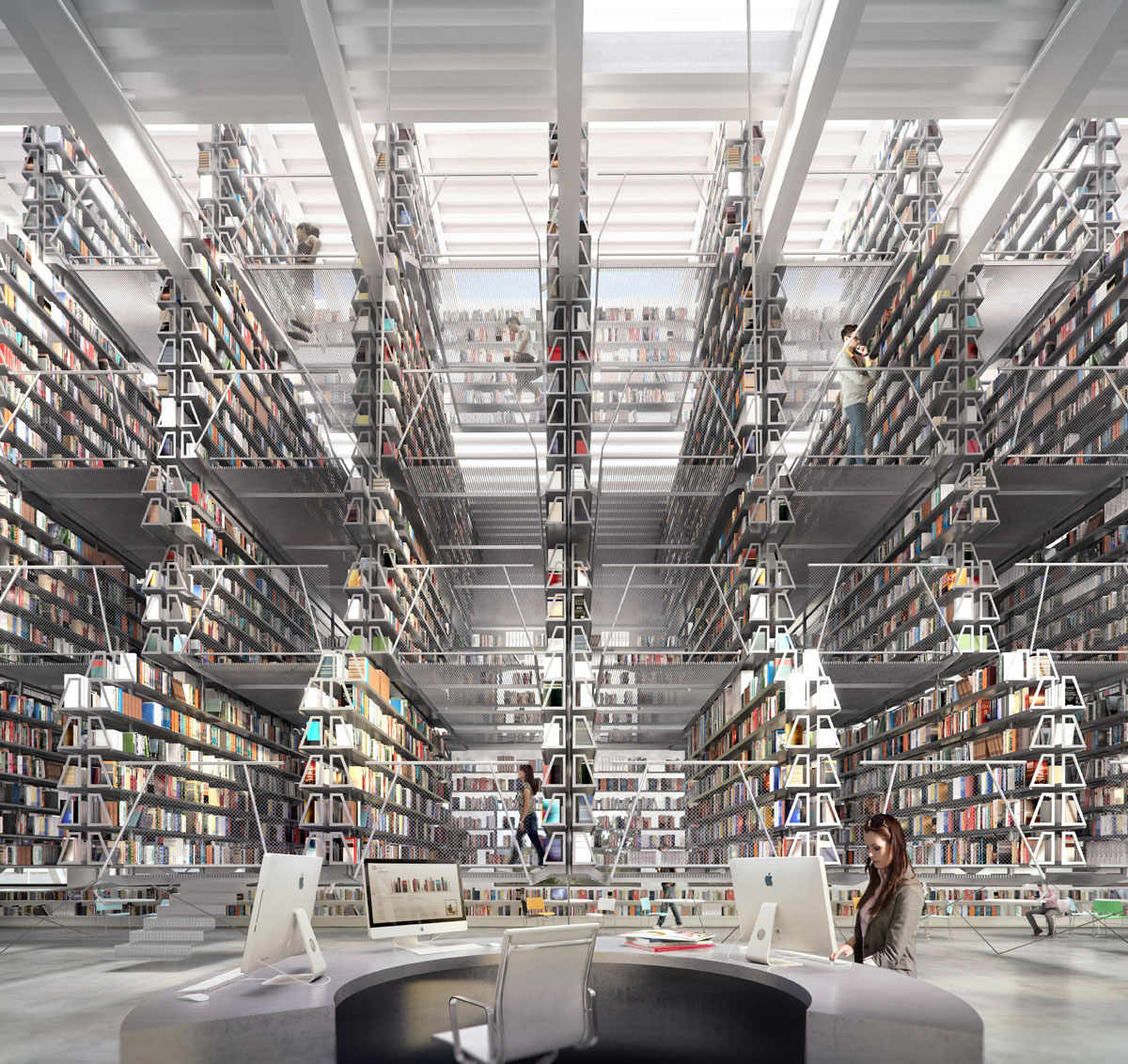 Inside, 153,000 on-site circulating volumes will form the centerpiece of a dramatic 42-foot-high reading room. 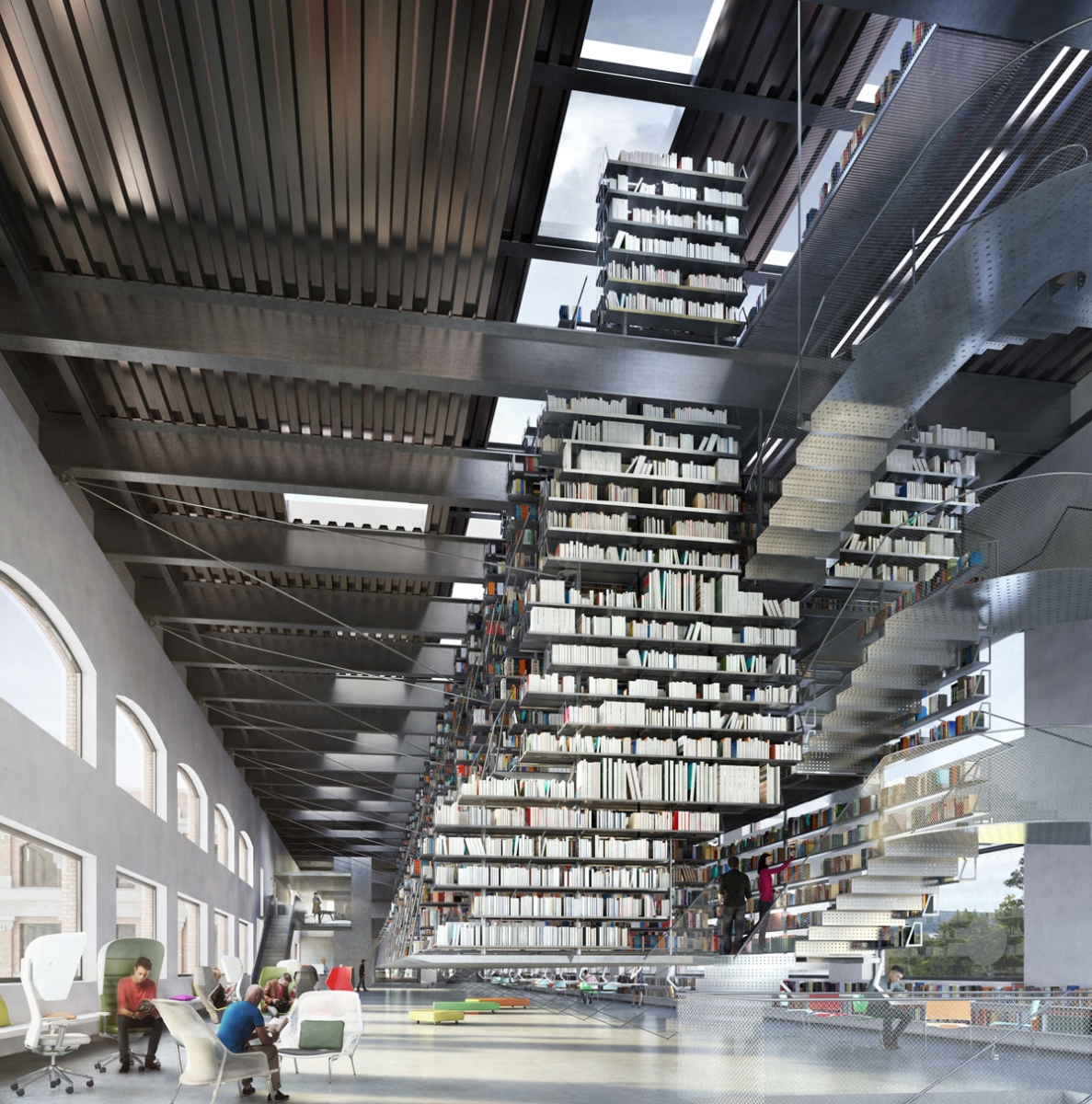 The stacks will consist of four levels of shelving, with flights of stairs weaving in and out of them.