Designing and Building a Pavilion: VII

Finish StudiesThough paint provided an opportunity to add another layer of visual dynamism to the structure it was also easy to see from the mock-up that untreated aluminum had a compelling visual effect of its own. Our paint scheme was developed to emphasize the formal contrast between the pavilion’s orthogonal exterior and its doubly-curved interior. […]

Though paint provided an opportunity to add another layer of visual dynamism to the structure it was also easy to see from the mock-up that untreated aluminum had a compelling visual effect of its own. Our paint scheme was developed to emphasize the formal contrast between the pavilion’s orthogonal exterior and its doubly-curved interior. To heighten this dichotomy, a second curved surface was offset from the original booleaned surface, manipulated digitally, and intersected with the pavilion’s interior. Inspired by the festival’s vibrant palette of colors as well as Rudolph Hall’s infamous orange carpets, a gradient of five colors from bright to deep orange, almost purple red, was chosen by members of the team. 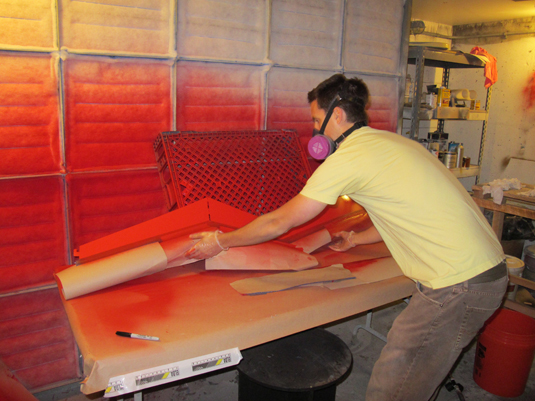 Painting in the spray booth

At this point, we still had no idea what kind of paint would apply itself smoothly while avoiding chipping and peeling, or how many coats would be required, whether we needed a primer, and how long all of this would take. While some manufacturers told us that a self-etching primer would be required in order for the material to accept the paint, both time and money were tight and a second coat might not be possible. We decided to take a chance on a series of “water based direct-to-metal” paints from Krylon. Our hope was that a water-based paint would be easier to clean and dilute, not to mention less toxic. With almost a third of the sheets requiring paint, we bought a standard paint gun that could be run through the shop’s compressed air system at 40psi. For spray guns, Krylon suggested a dilution ratio of 12.5%, but we found an ideal consistency at about a quarter of water. This ratio also enabled us to add volume, stretching the paint as far as possible and getting the best bang for our buck. 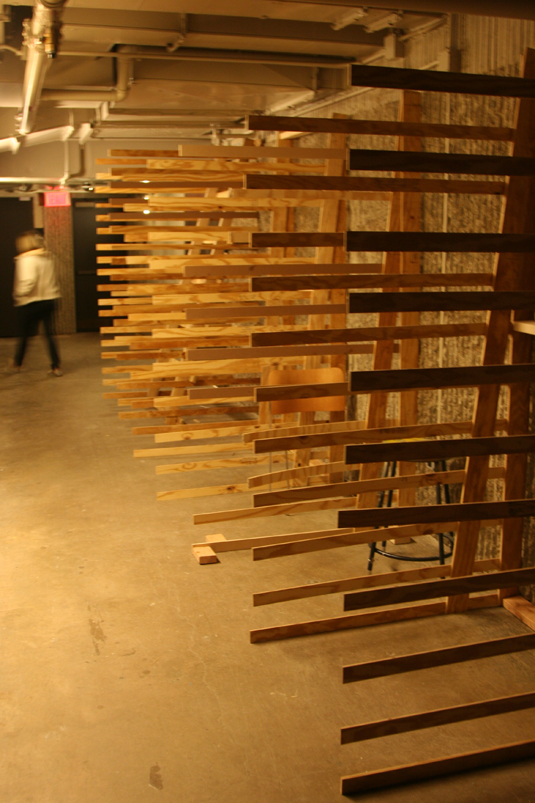 While day one was largely successful, on day two we awoke to several harsh realities of painting. First, direct to metal paint adheres quite well to a metal spray gun and just because a paint is water-based does not mean your gun can be cleaned with water alone. Second, anything and everything that gets into the spray gun’s paint can and will try to squeeze itself out the nose of the gun. After removing a shard of wood left by one of our paint stirrers from the nose of the gun, we wised up and cleaned the entire system with eco-friendly lacquer thinner. Flushing the system with lacquer thinner at the end of each day made the process infinitely smoother. 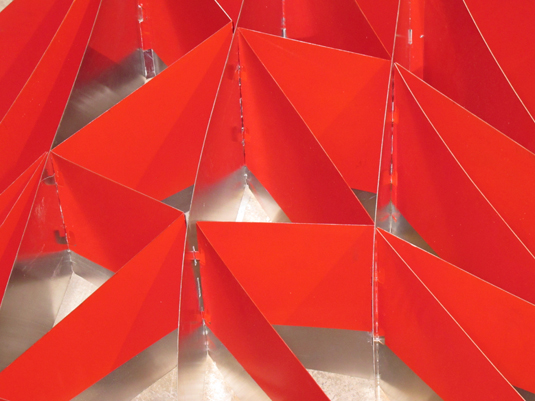 Lines for masking each painted piece with construction paper were determined by connecting small dots etched by the plasma cutter. With each piece cut, filled, masked, and cleaned for fingerprints,(water based paint and oily fingerprints don’t mix), spraying proceeded with very few hiccups and the cells were finally ready for assembly.

Zac Heaps is a recent graduate from the MArch II program at Yale. Prior to attending graduate school Zac worked for three years in London with John Simpson & Partners heading design and coordination of an addition to Kensington Palace in Hyde Park. Zac received his BArch from the University of Notre Dame in 2007 where he was awarded the Ray Stuermer Memorial Award for design excellence.