For its latest boutique hotel, Marriott tapped famed interior designer Didier Gomez, who designed the hotel as “a vision of another Paris.” 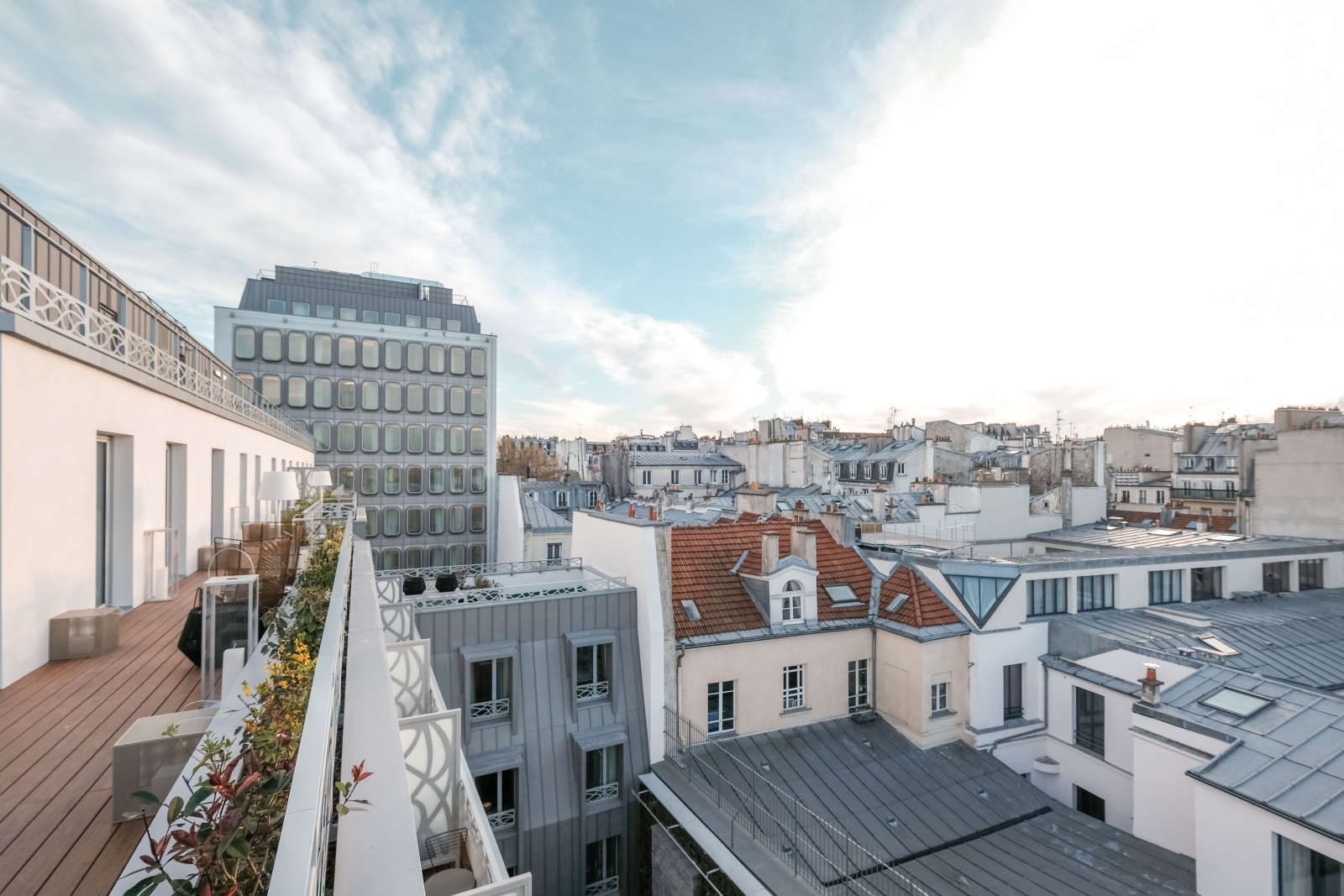 All manner of influences—not least among them the sharing economy—are shaking up the hotel industry, meaning that even behemoth brands are scrambling to innovate. To reach out to a more design-conscious clientele, Marriott has cultivated Renaissance collection: a series of its hotels worldwide that focus on creating individual boutique experiences, plucked from the minds of renowned designers.

True to Paris architecture, the slim building offers limited space, but Gomez managed to conjure up extra room through the clever use of mirrors, and windows in place of walls to enclose bathroom suites (shy people can shield their grooming from their travel companions with blinds). In the communal areas, he sought to rid the hotel of sharp angles and empty corners, instead creating subtle, riverine curves between the lobby and the restaurant-bar, as well as the verdant outdoor terrace, which is anchored by a striking slate garden wall.

In conceiving the interiors, Gomez, who was an opera singer before turning to design, took inspiration from the city itself, incorporating the distinct gray tones of Parisian architecture (and, often, its sky). Works by local artists and photographers inject a distinctly contemporary vibe into the lodgings. Though many of the furnishings are French in origin—sourced from local flea markets and Gallic designers, including Pierre Guariche, Joseph-André Motte, Jean Rispal, and Gomez himself—the design also nods to the city’s increasingly diverse population. African and Asian motifs are manifested throughout, in forms both abstract—the origami-style front desk—and more literal, such as prints on in-room textiles. “I wanted to show a vision of another Paris,” says Gomez, “a multicultural city that represents everywhere from Africa and Asia to France.” 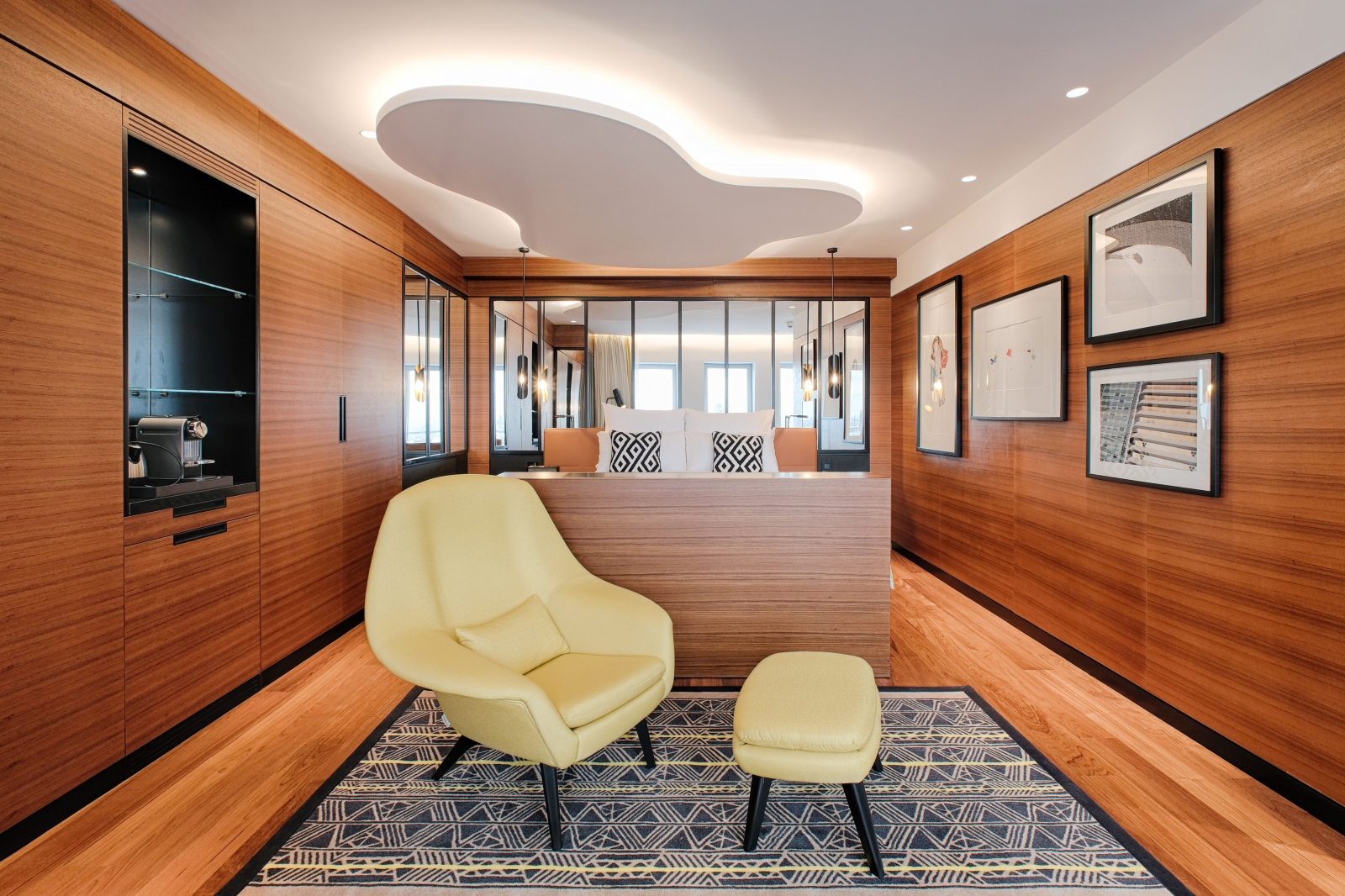 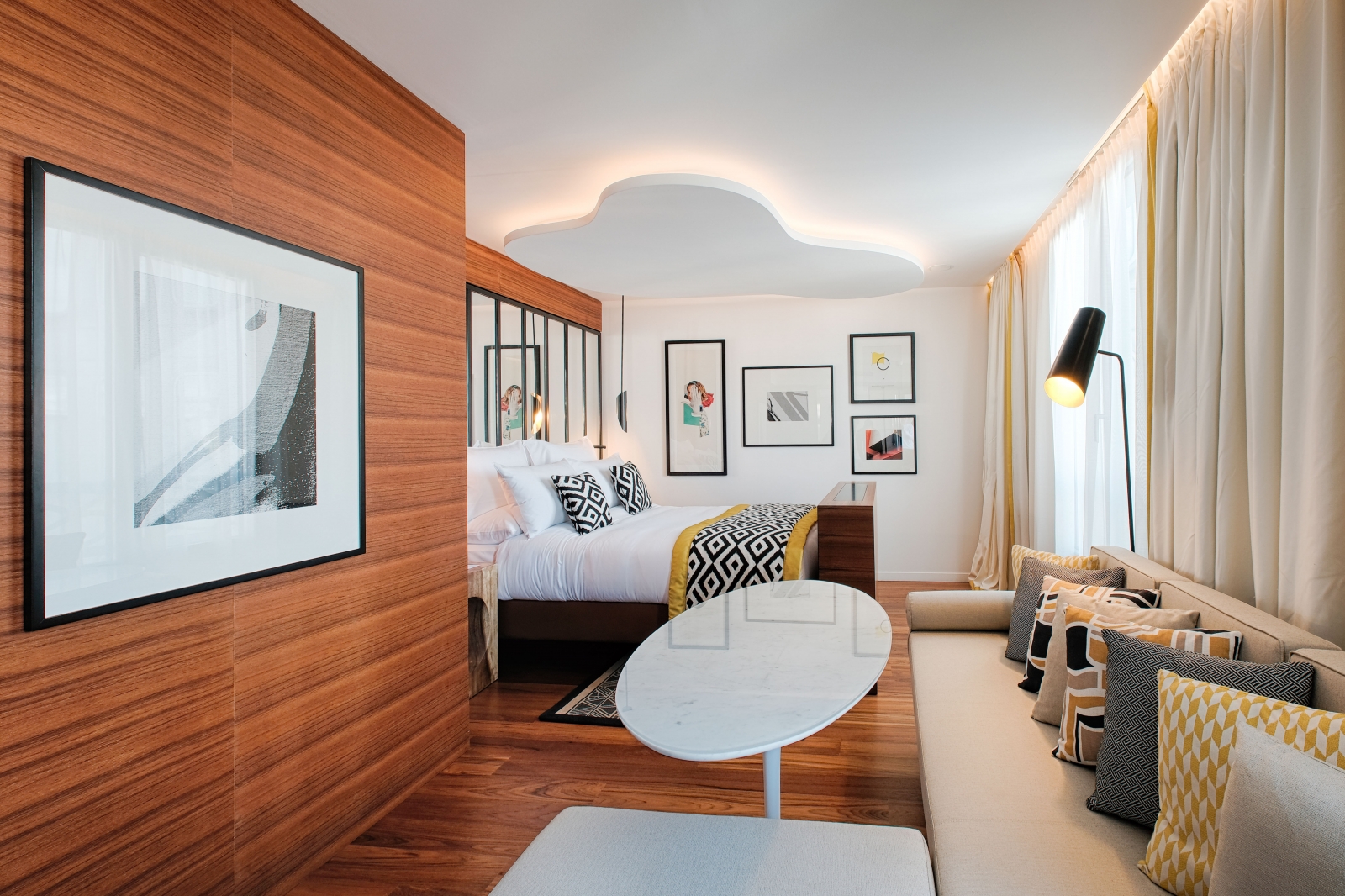 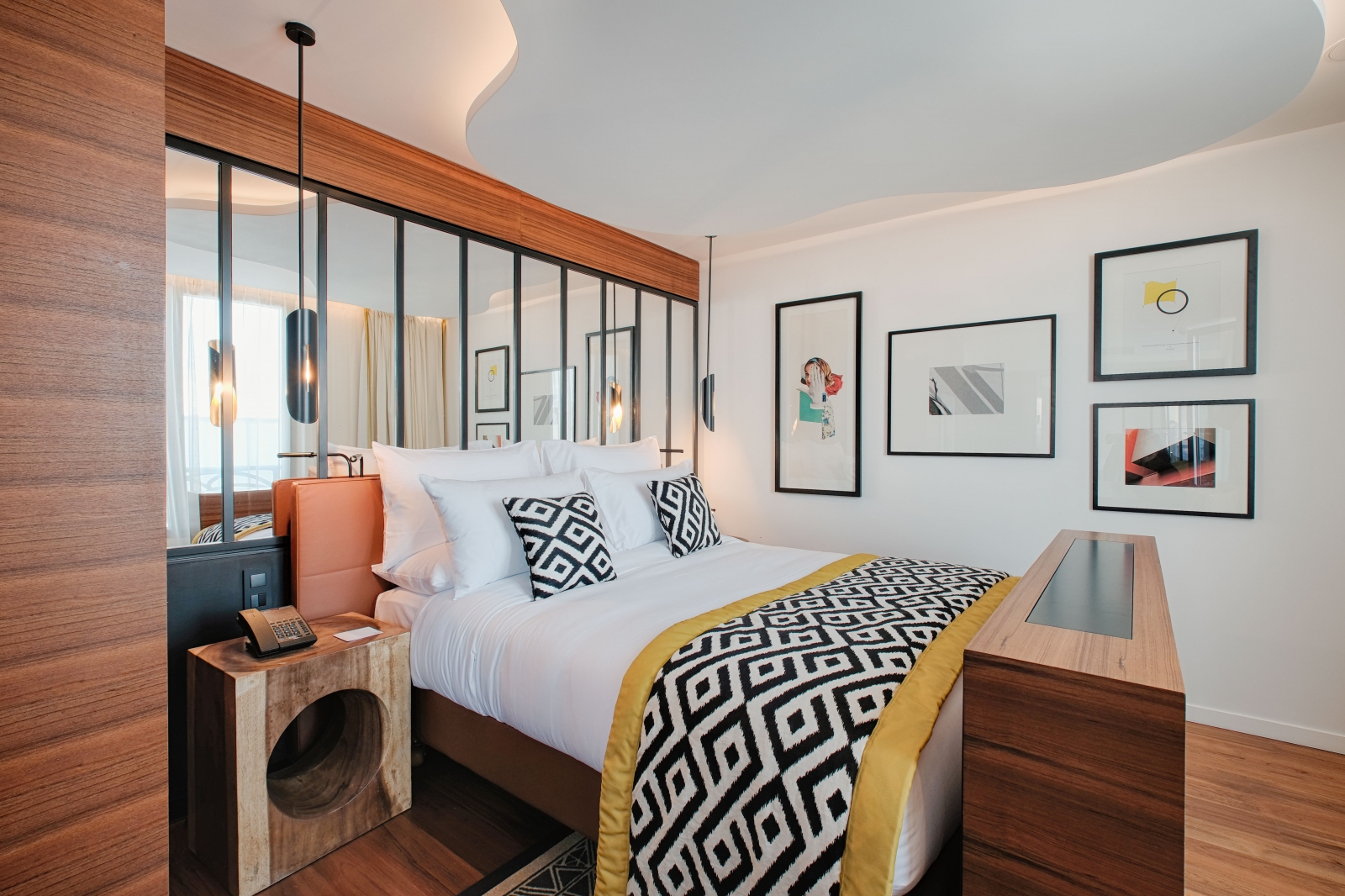 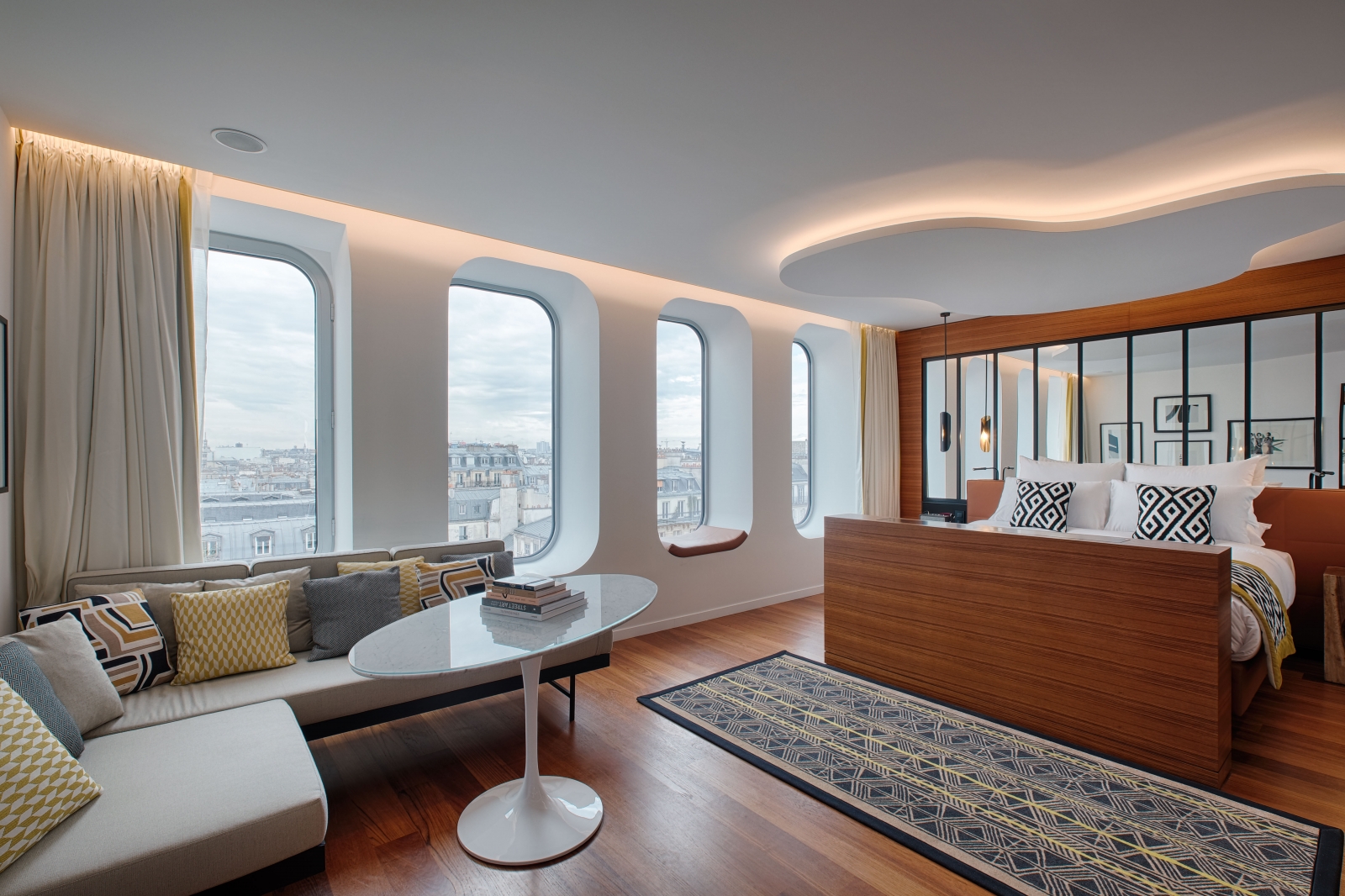 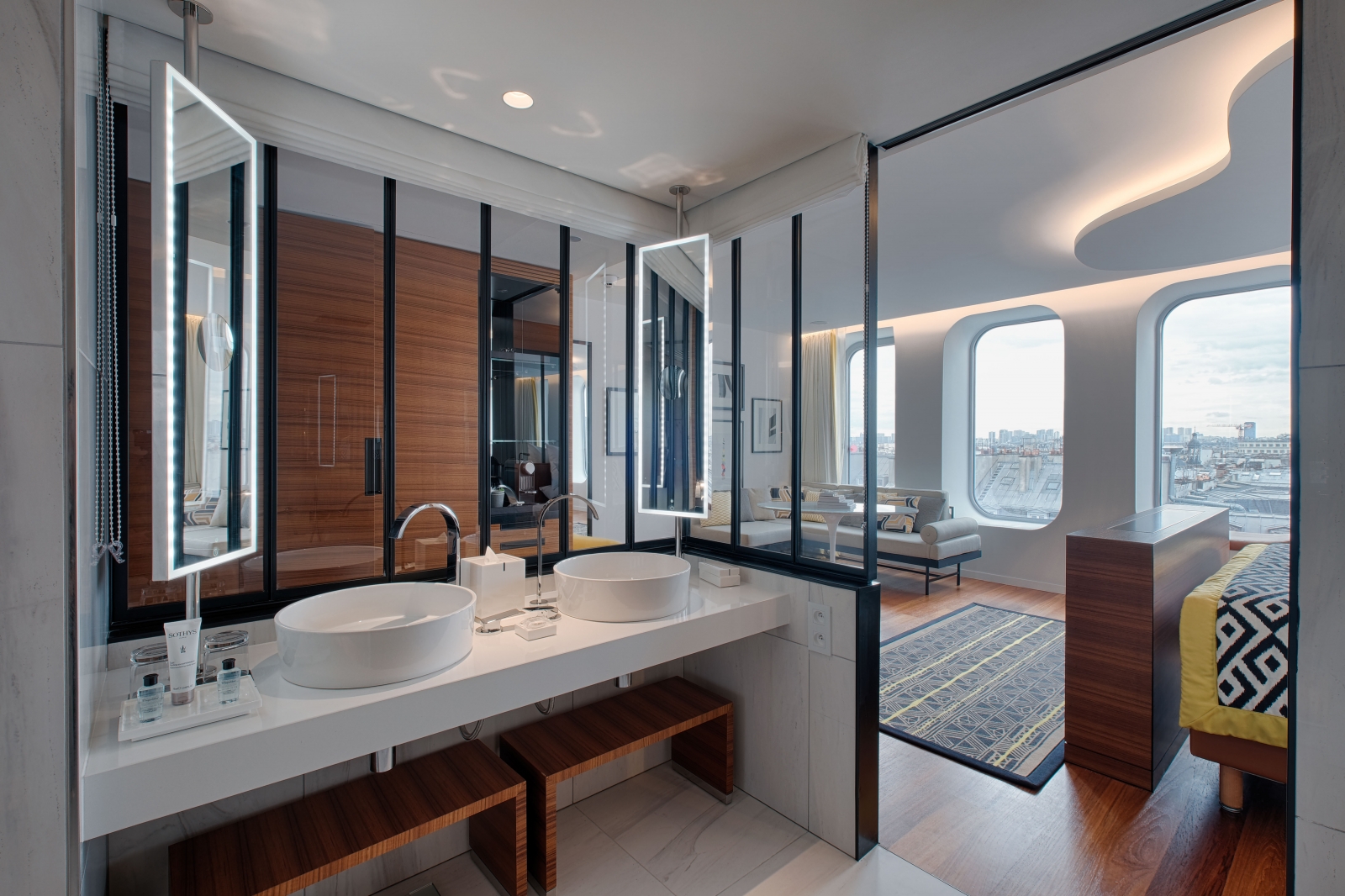 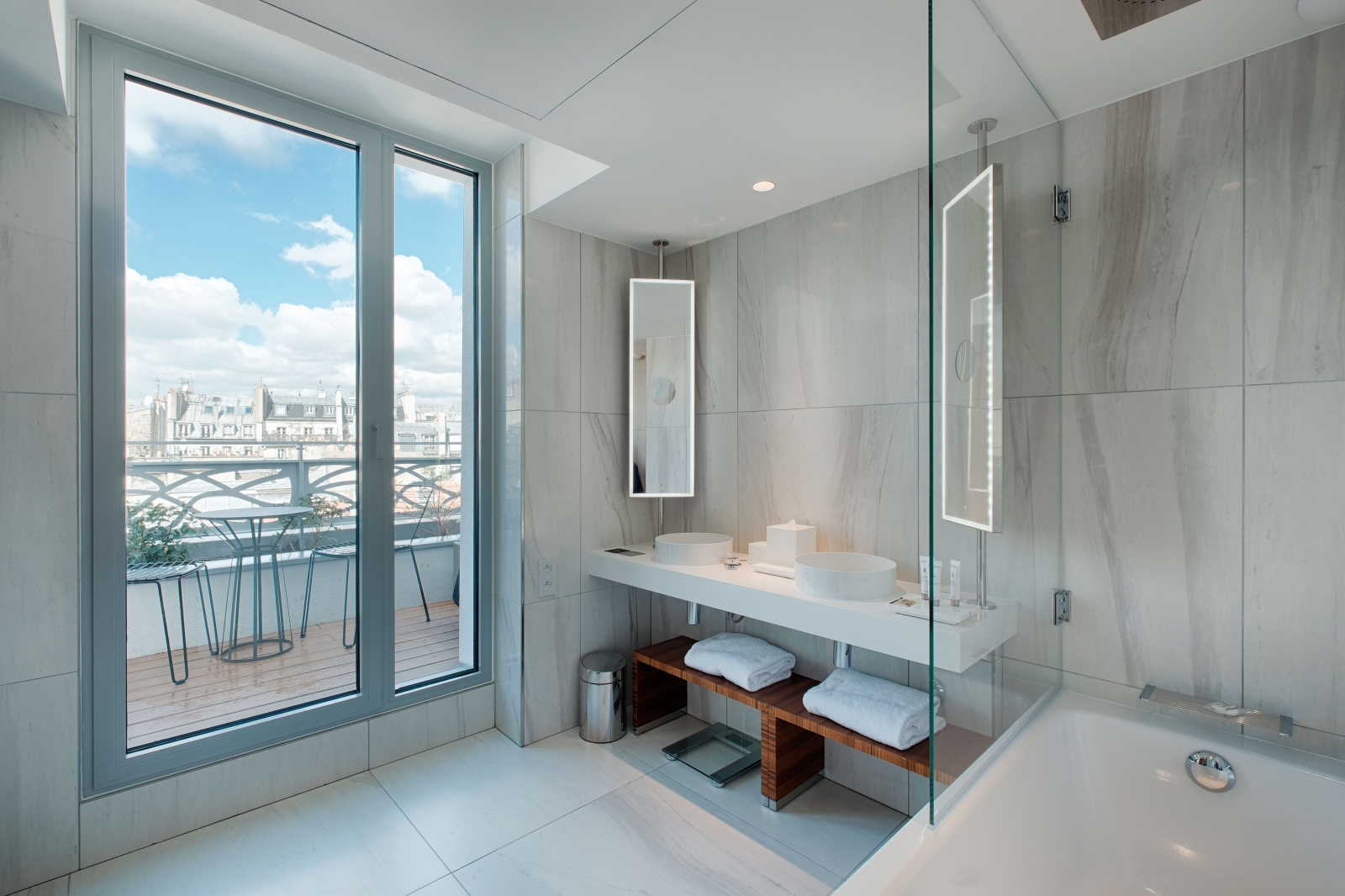 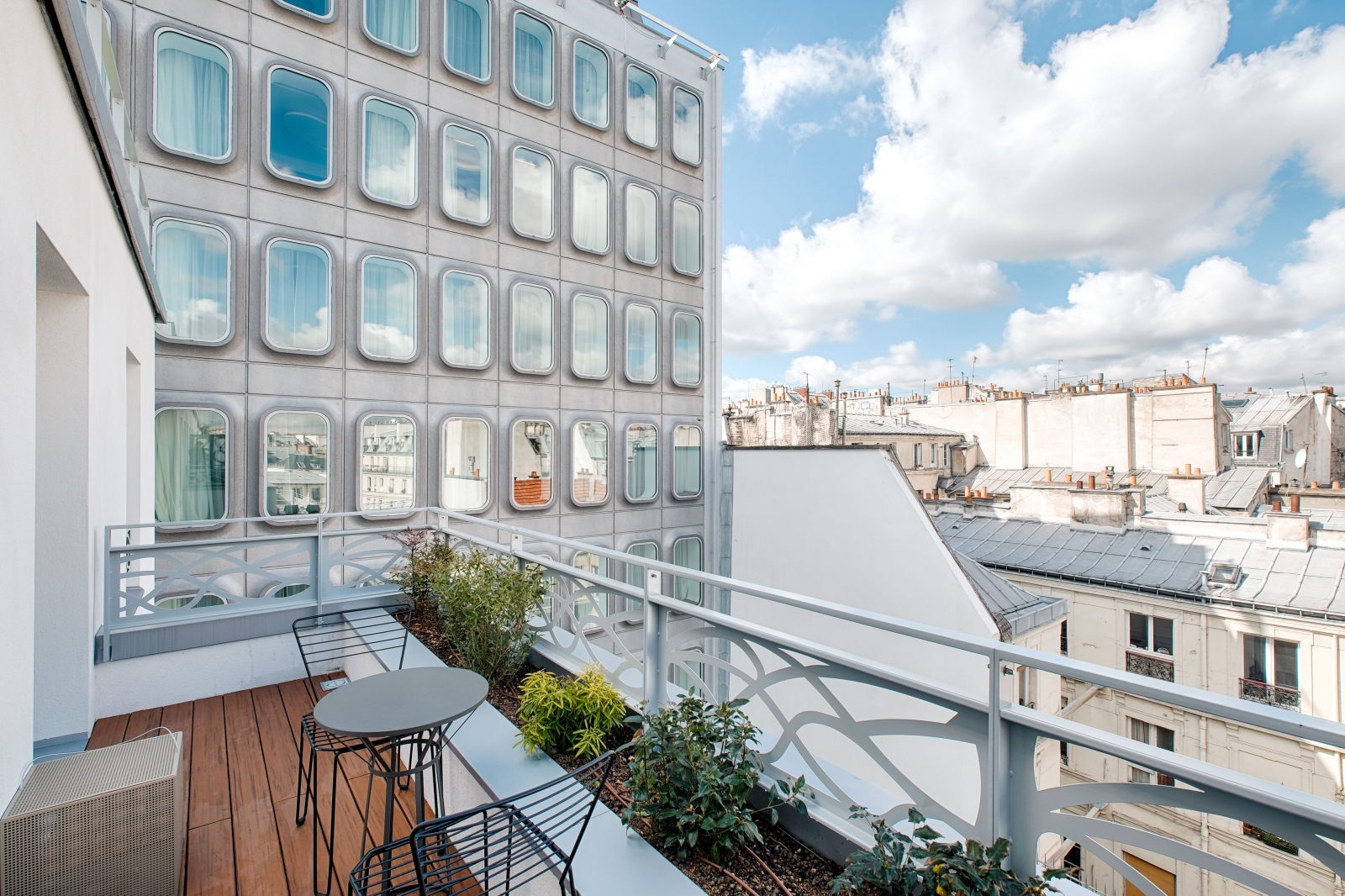 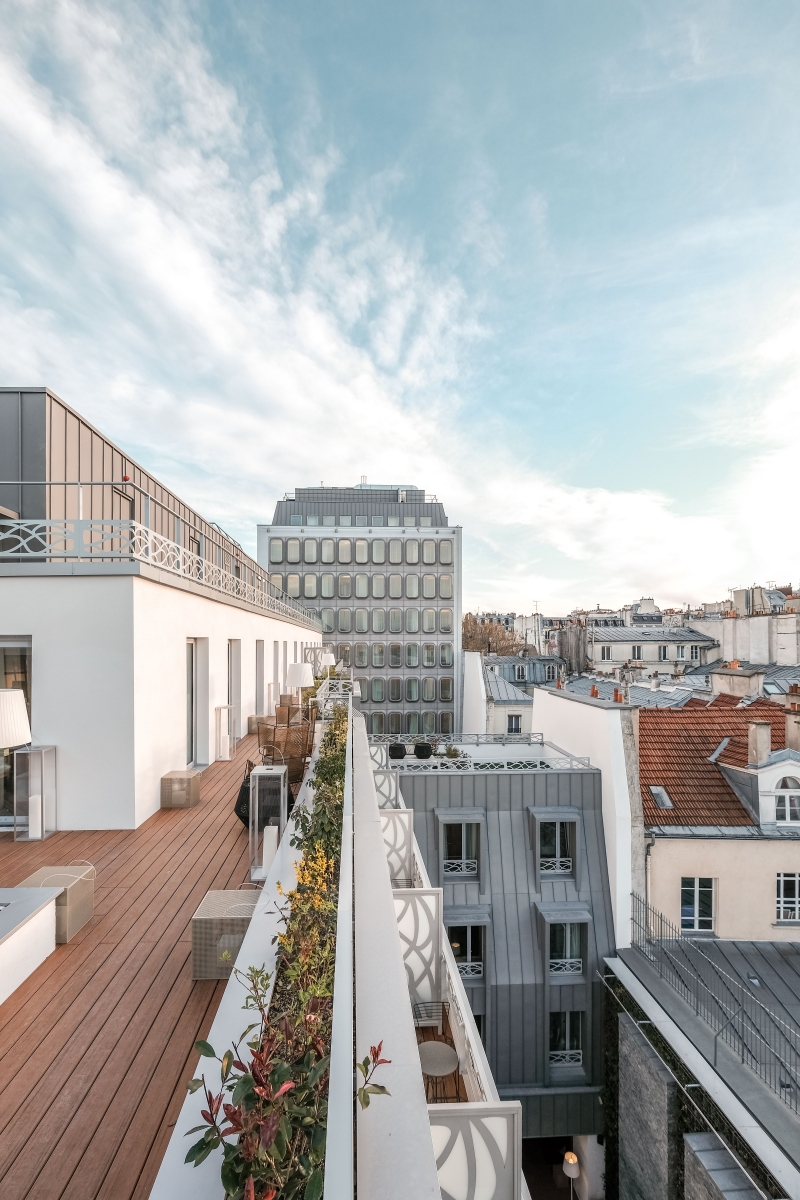 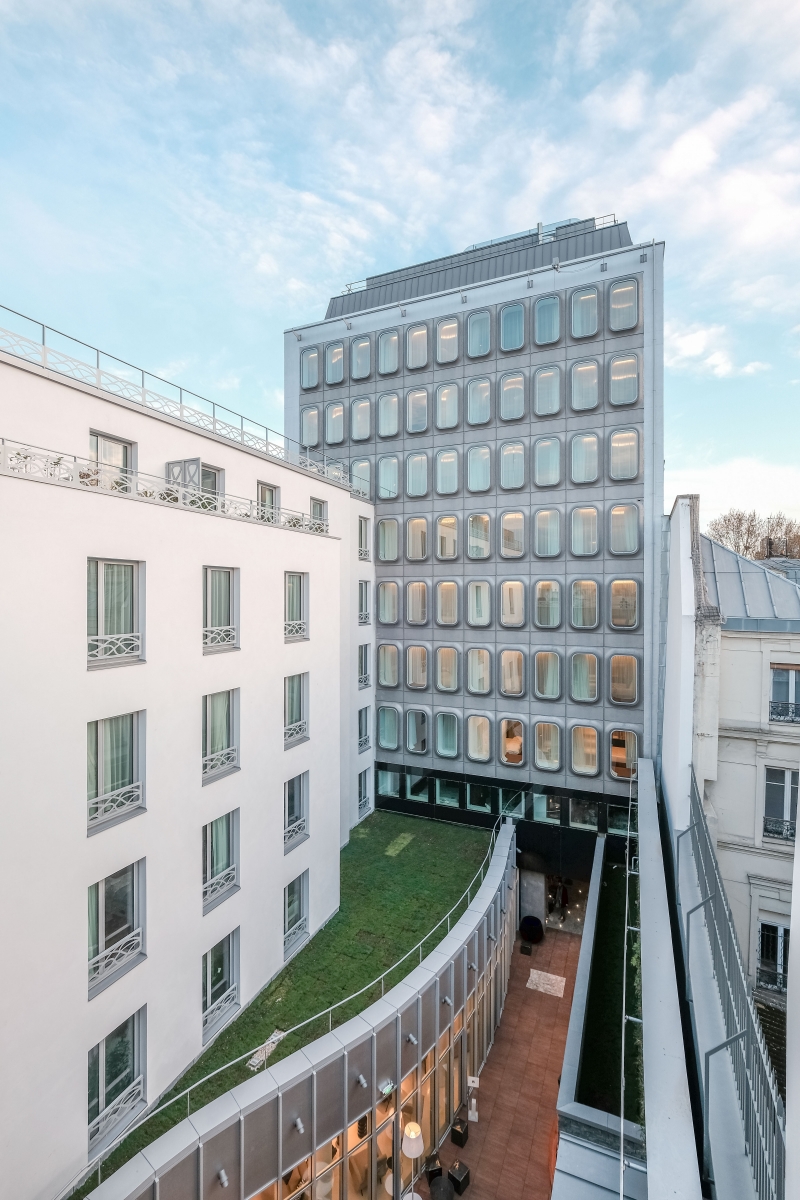 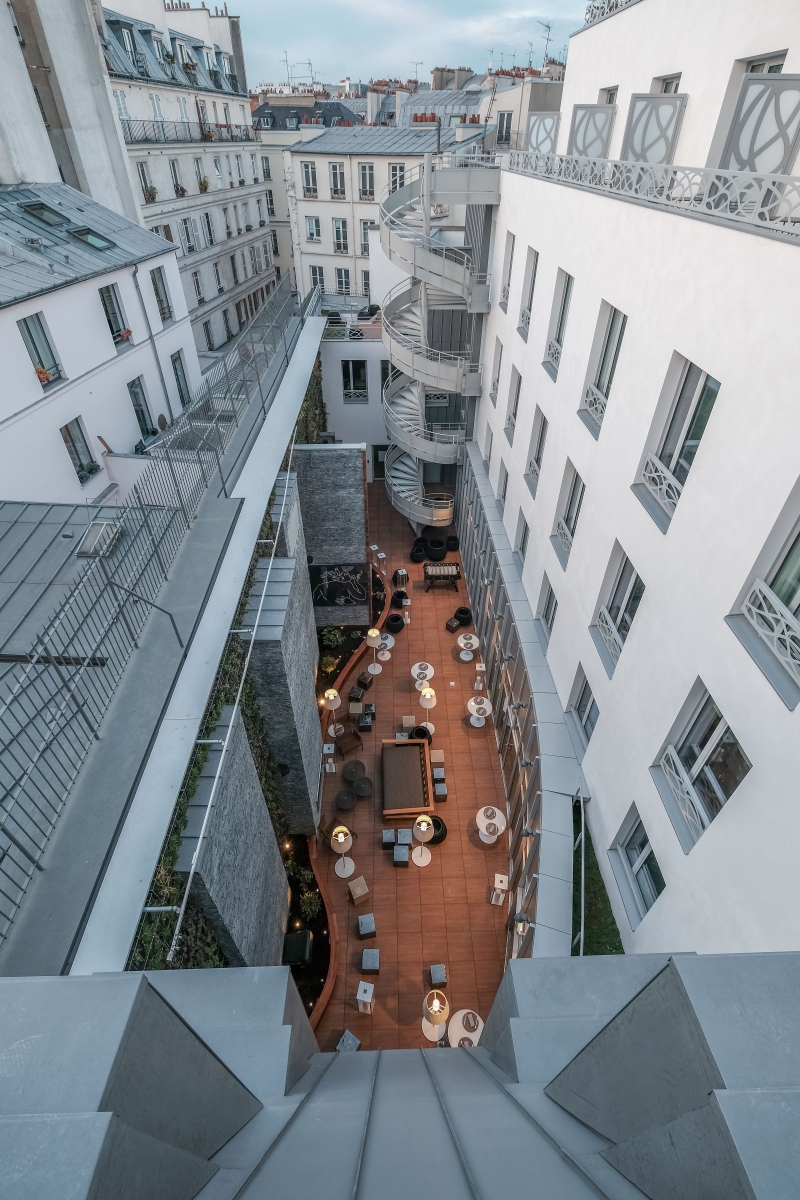 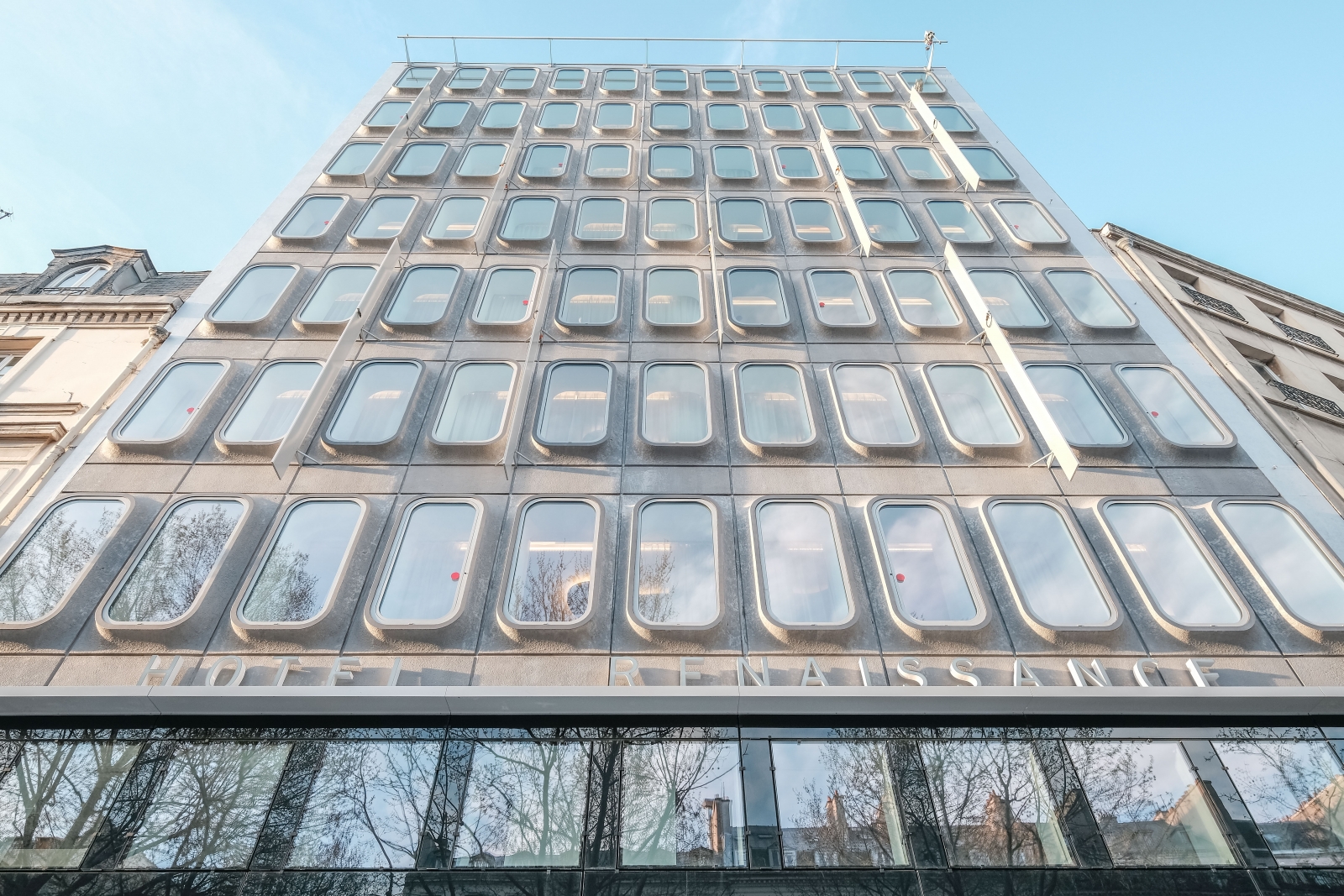 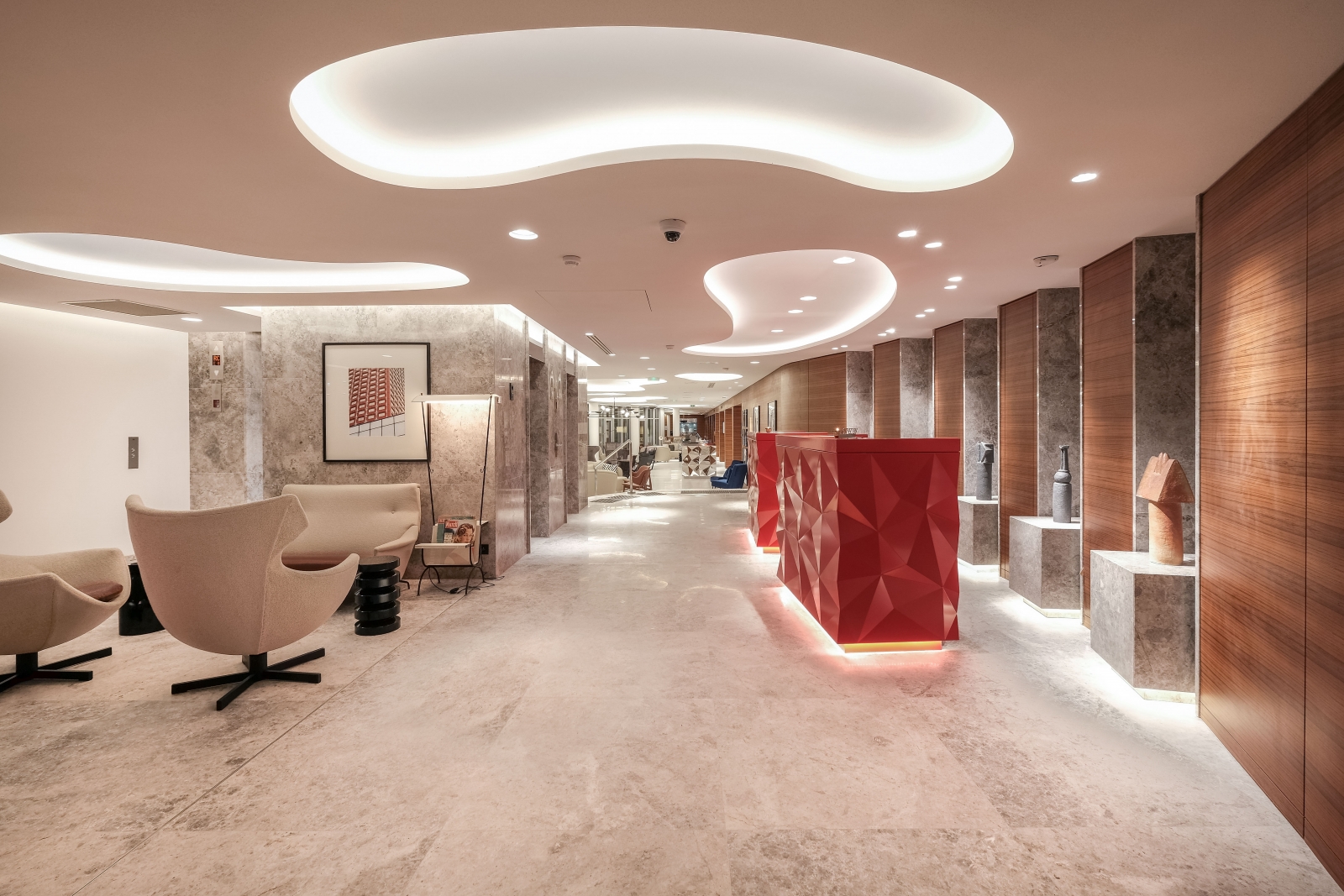