Recently a friend and her son visited a modern healthcare facility and, on the way to their relative’s room, came across the well-appointed lobby with sculptural features, art on the walls and warm colors. “Wonder what that’s costing?” said the son. “That’s one area they might save on healthcare costs.”My initial response, when I heard […]

Recently a friend and her son visited a modern healthcare facility and, on the way to their relative’s room, came across the well-appointed lobby with sculptural features, art on the walls and warm colors. “Wonder what that’s costing?” said the son. “That’s one area they might save on healthcare costs.”

My initial response, when I heard this, was that a growing body of evidence is showing that an upgraded hospital environment can positively affect health status and improve treatment outcomes. If anything, those fancy architectural features might well be reducing healthcare costs.

Then I had some second thoughts. Was healthcare design(to which I had devoted that last eight years of my journalistic career and helped usher in the evidence-based movement) really having that sort of impact? What is architectural “evidence,” anyway, and how does it differ from what designers have always done? What are architects and their sponsors doing to make it work for them? Or is it working for them? 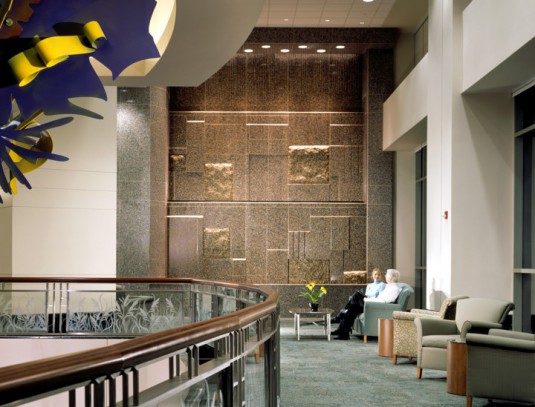 It turns out that this is a big and largely untold story outside of health care, with implications for architecture in general. On the one hand, evidence-based design is advancing more rapidly than perhaps many realize, both within architecture and the general public. Over the past decade or so, a growing number of projects have signed on and formal research papers are indeed being published. On the other hand, though, the trend shows every sign of a work in progress, evoking persistent questions and lingering skepticism from many designers and sponsors. I must confess that I, too, had my doubts in the early days about the scientific validity of evidence-based design, wondering whether it measured up at all to the standards of evidence-based medicine.

My friend’s hospital visit prompted me to revisit what has turned out to be a profound topic from the standpoint of professional architecture, healthcare economics, and patient outcomes. And a good place to start was with a boots-on-the-ground healthcare project that, five years ago, impressed me as giving evidence-based design its truest shot: literally, a controlled study (the gold standard of scientific evidence) comparing three new outpatient clinics at the M.D. Anderson Cancer Center Ambulatory Clinical Building with a clinic that had remained unchanged for years. The question: what impact, comparatively speaking, did the four clinics have on patients, physicians and staff? 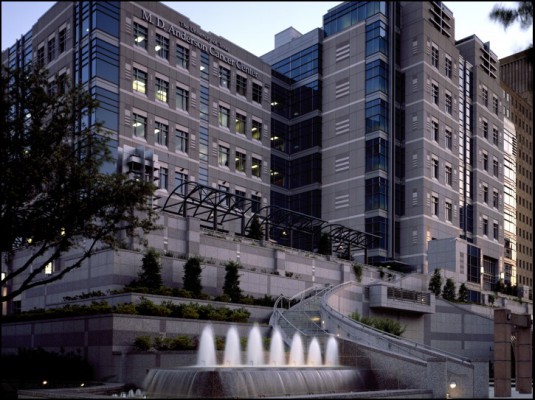 As it turned out the patients, physicians, and staff in the three new facilities did report a positive response to the new environment, thanks to pleasant distractions, better noise control, an increased sense of safety and support, and easier wayfinding. In short, score one for architects paying closer attention to those features. The problem was that the research instrument was a survey that did not pinpoint the specific factors producing their responses—for example, did the pleasant distractions of art work, did water features and healing gardens have measureable impact? M.D. Anderson planned further studies but was unclear as to how to proceed to flesh out the specifics of the built environment. 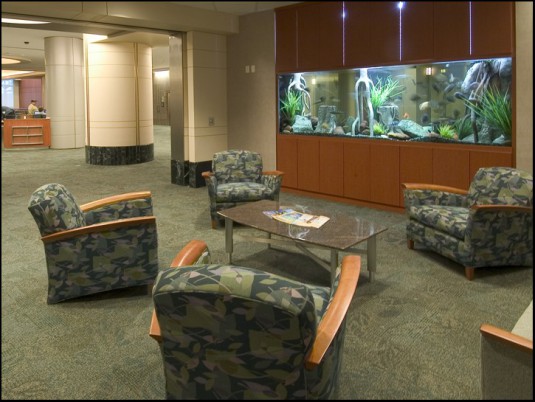 “The difficulty,” says Susan Lipka, Associate Vice-President of Capital Planning and Management for M.D. Anderson Cancer Center, “was that these were ambulatory centers, with so many possible confounding variables impacting their occupants that it was mind-numbing trying to accurately pinpoint the effect of any one thing. Maybe patients’ perceptions were influenced by traffic on the way in, for all we knew. We were mentally taxed trying to figure out the next step to take.”

Janet Sisolak, Project Director, adds that one finding of interest did emerge but had a surprising twist: Physicians and staff who had moved into one of the spacious new facilities from a very cramped older clinic setting noted that internal communication had become a problem following the move. “They had been a tight-knit team, with good communication and great camaraderie, and now they were finding that they had to operationalize differently to keep things together.” It was a finding, says Sisolak, that evoked the ongoing question in healthcare design as to whether decentralized nursing pods aimed at bringing caregiving staff closer to patients in inpatient facilities might also isolate staff members from one another. 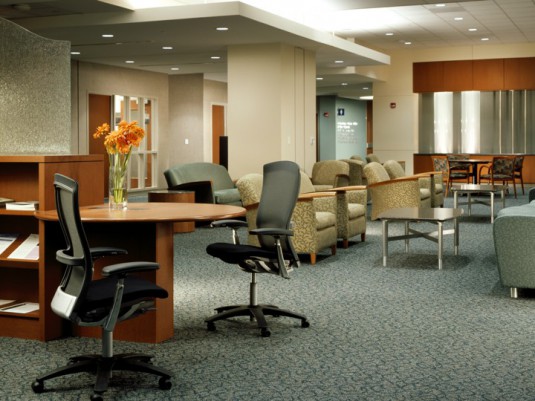 To that extent, there’s something to be said for paying retrospective attention to environmental issues. And it doesn’t always have to be retrospective, says Lipka. “There are times when you know in your gut that some design feature is the right thing to do, but you just don’t have data to support it. For example, in the three ambulatory centers we put the handwashing facilities just inside the examining room door because my gut told me that making handwashing more convenient would improve compliance. But try to get the data to support that.” 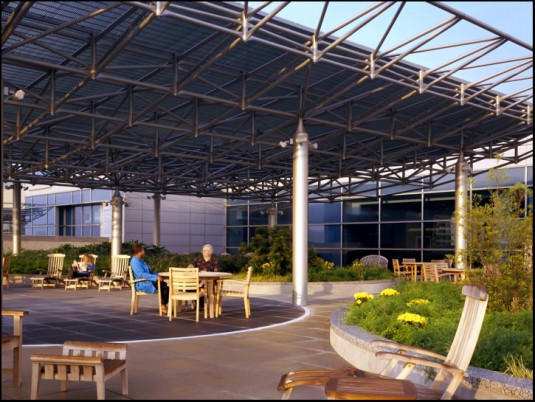 “Our institution would not at that time approve an administrative survey of that type,” says Sisolak, “so to get that feature approved by the Institutional Review Board, we had to set up a formal research project with a principal investigator in charge. The PI did monumental analytics and it worked, but I’m not sure it was any more compelling than Susan’s gut at the end of the day.”

In other words, is using evidence-based simply to legitimize good sense? “I can be the world’s biggest skeptic about evidence-based being just another marketing opportunity,” says Sisolak, “especially when you start talking about the touchy-feely stuff. But I think the problem is that not enough has been published yet on the real analytics that go into designing a space—the volume projections, the business needs, market share goals, ROI. I think when designers start paying closer attention to developing evidence from a business perspective, smarter decisions will be made and, yes, healthcare costs will go down.” 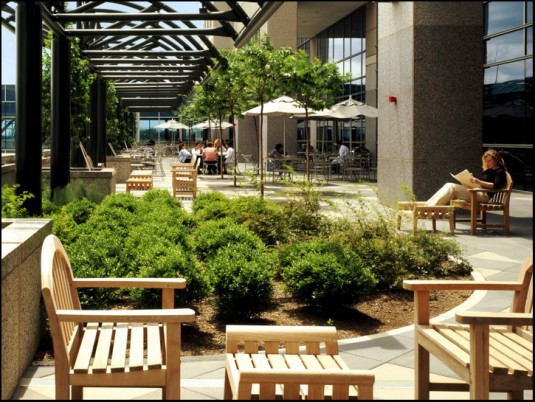 For current and future projects M.D. Anderson is gathering evidence the old-fashioned way: before the advent of design and construction—conducting surveys and focus groups asking patients and staff to identify features that are important to them. The primary focus these days is on upgrading those Press Ganey patient satisfaction scores that are becoming so crucial to healthcare facility marketing and reimbursement. But Lipka and Sisolak are also pushing hard for that ultimate in project follow-up, the post-occupancy evaluation, or POE.

“FKP Architects, the architects who programmed and planned the Ambulatory Clinical Building, wanted to do a POE and we’re all for it,” says Lipka. “But beyond that we’re pushing all architects involved with us to do the same thing. We’re a big client, and they do listen to us when we say they need to validate their work. I know it can be sensitive for them, but it seems to me that if you really do care about the quality of patient care and the environment, you have an obligation to do this.”

POEs are still a relatively uncommon event, perhaps for the very plausible reason that designers don’t want to point up mistakes made in a built environment that, for better or worse, is here to stay. Sisolak notes, “This might be a great business opportunity for consultants out there to offer unbiased POE follow-up. Right now FKP is using its programming people to conduct their POE, which is at least one step away from using the hands-on design team.” 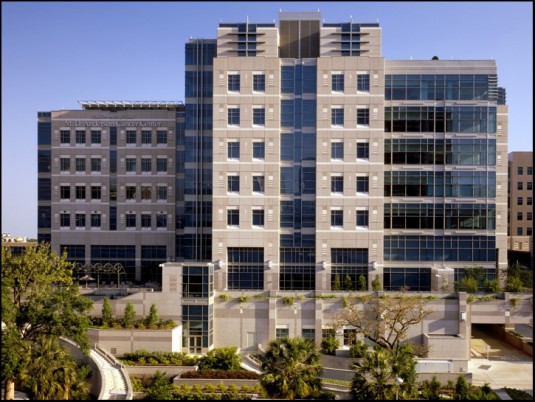 But this sort of evidence remains difficult to come by. “Even though evidence-based leaders are asking for this kind of depth of information,” says Sisolak, “it feels as though the community at-large is still not embracing this and moving forward.” Along with the costs of evidence-based studies, which might be prohibitive for small organizations, says Sisolak, this means the evidence-based movement has a long way to go.

What is surprising, though, is the progress that has already been made. A California-based initiative called the Pebble Project has enlisted dozens of healthcare organizations in the evidence-based cause over the past 15 years, and four years ago saw publication of an academic journal called HERD (Health Environment Research & Design), devoted to publishing peer-reviewed studies—the first such journal of its kind. Quietly, without much public fanfare, they just may be rewriting the rules of architectural design. 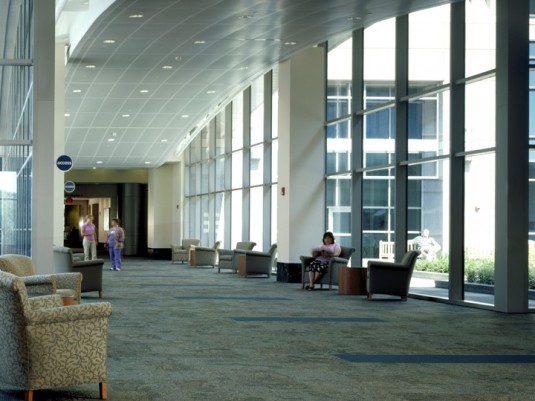 Richard L. Peck is the former Editor-in-Chief of Healthcare Design.