A three-year-long research project uses architectural analysis to influence the decisions of courts and politicians. 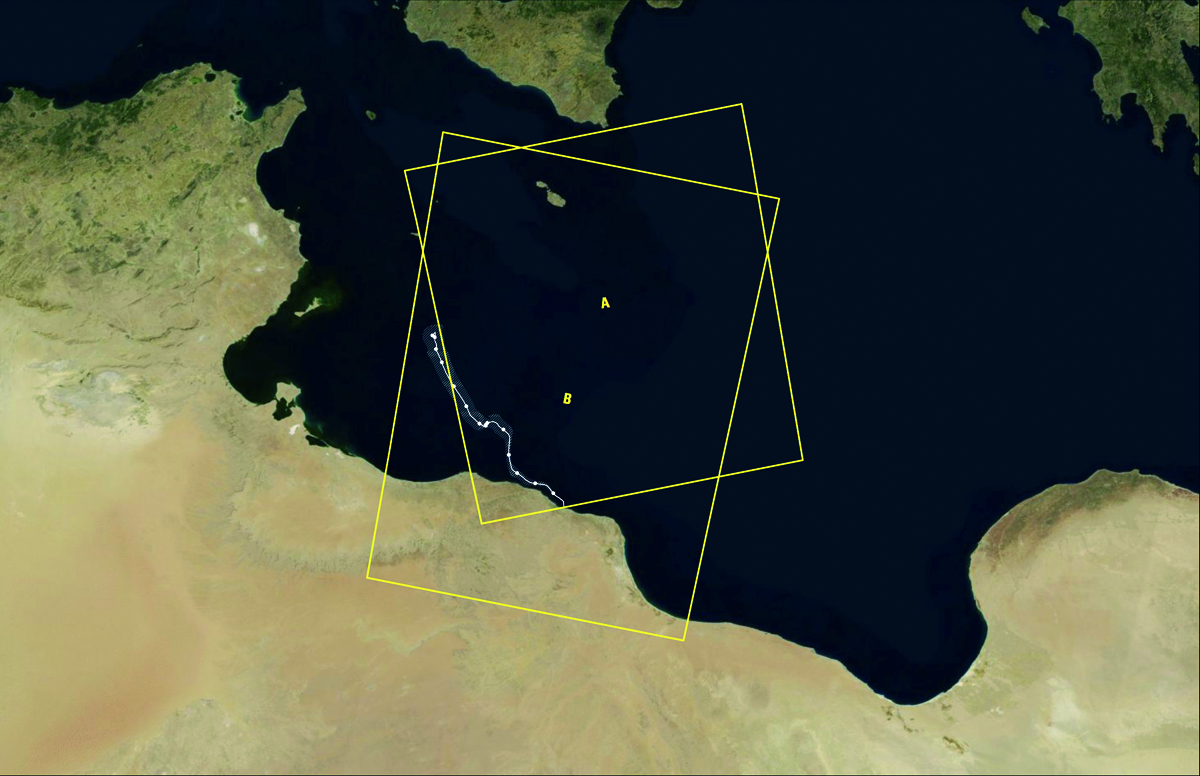 ​This project used synthetic aperture radar, geospatial mapping, and drift modeling to investigate the death of more than 1,500 people fleeing Libya in 2011. One of the major findings was a “left-to-die boat” of 72 migrants (drift trajectory shown here). The findings have resulted in action by the Parliamentary Assembly of the Council of Europe and Human Rights Watch.

In recent years, architecture has certainly taken a political turn all over the world, but rarely is the present-day legal system considered subject to architectural intervention. Forensic Architecture, a project led by architect Eyal Weizman and the Centre for Research Architecture at Goldsmiths University of London, seeks to expose judicial politics political action taken by courts of law—as an architecture itself and, as such, a site for intervention.

The project begins with a close inspection of the workings of contemporary legal and political forums, questioning how they make decisions. Historically, architectural and spatial analysis has often been presented as privileged evidence for making or denying truth claims—Edward Steichen’s First World War aerial photography is an early example of this. Today, media technologies further complicate this relationship between analysis and evidence. As the juridical paradigm shifts further away from its reliance on human witnesses, the way in which media is accepted and allowed to bear on political decisions is still being negotiated. Much is at stake, for example, when Colin Powell’s presentation of falsely captioned aerial photography to the United Nations could become the basis of the invasion of Iraq. 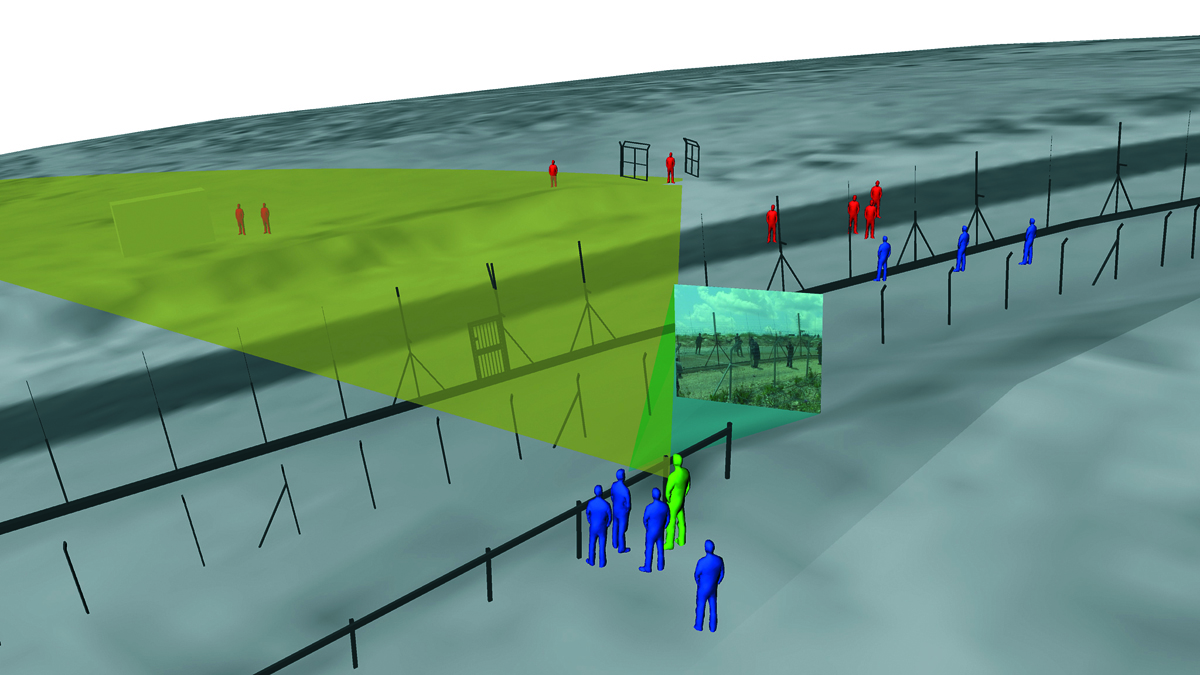 In 2009 a tear gas grenade killed Bassem Ibrahim Abu Rahma, a protestor in the Palestinian village of Bil’in. Researchers Eyal Weizman and Susan Schuppli, along with Situ Studio, showed that it was improbable that Abu Rahma was killed by indirect fire, as the Israeli Defense Forces claimed. Collaborators in this project were the noted lawyer Michael Sfard and the human rights group B’Tselem.

Forensic Architecture employs cutting-edge visualization technologies such as 3-D scans and ground-penetrating radar alongside novel techniques for interpreting geo-spatial data—such as high-resolution aerial photography and civilian journalism—to construct previously nonexistent pieces of evidence and use them to weigh on political decisions. Its collaborators have included civil society organizations, activists, human rights groups, and the United Nations. 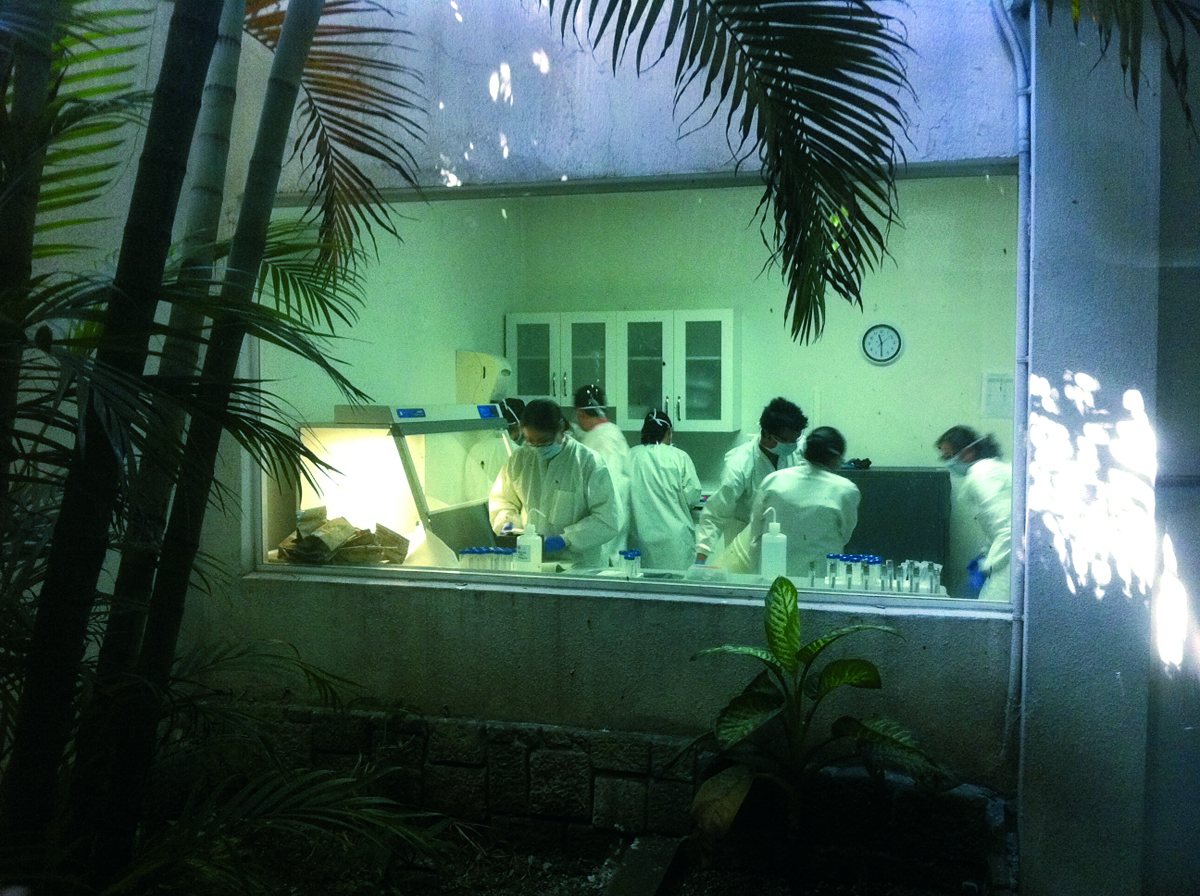 The DNA-identification room at the Clyde Snow Laboratory in Guatemala City. Clyde Snow was a forensic anthropologist, famous for confirming the remains of the war criminal Josef Mengele. That investigation was the subject of a book, Mengele’s Skull: The Advent of a Forensic Aesthetics (Sternberg Press/Portikus, 2012), and an exhibition in Frankfurt.

Forensis, a retrospective of the work done by the Forensic Architecture team, is now on display at the Haus der Kulturen der Welt in Berlin, and is complemented by a book entitled Forensis: The Architecture of Public Truth, published last month by Sternberg Press. The exhibition runs through May 5.