Disney Concert HallSometimes, you need to hear what you already know. A nightcap on the Open House events last Thursday, a conversation between Paul Goldberger and Frank Gehry didn’t bring to the fore any new insights on illustrious Gehry’s career, let alone reveal some new trajectory of the profession. Yet the themes that arose in […]

Sometimes, you need to hear what you already know. A nightcap on the Open House events last Thursday, a conversation between Paul Goldberger and Frank Gehry didn’t bring to the fore any new insights on illustrious Gehry’s career, let alone reveal some new trajectory of the profession. Yet the themes that arose in their casual chatter—insecurity, intuition, marginalization, and the need for humanity in architecture—provided a refreshing perspective in midst of the mayhem as final reviews are descending on us at the Yale School of Architecture.

At the start of the conversation, Gehry confessed to a “healthy insecurity,” that keeps him dotting “i’s” and crossing “t’s” even as he abandons conventional formal strategies. In response to Goldberger’s questioning of the surprisingly casual atmosphere at his firm, the architect laughed, saying, “The casual is because I’m scared. I don’t know what’s going on!” In our competitive academic environment any admission of insecurity is rare indeed. Yet, Gehry is not alone in the architectural world in affirming the fallacy of the idolized infallible architect. In their respective autobiographies, Oscar Niemeyer and Stanley Tigerman both confess to the self-doubts that informed their growth as young practitioners. It seems that with age comes the clarity to recognize that we each have this inner critic, and its voice can drive us to take greater risks and with the risks, greater rewards.

Gehry’s form-making comes from an equally terrifying force, intuition. But his aesthetic intuition is tempered by the wealth of technical expertise his office has honed during the architect’s 40-year career—precisely because of the very insecurities he described. In our academic studio experience, rigor has taken the place of intuition, perhaps because students do not have the benefit of Gehry’s counterbalancing experience. But shouldn’t the studio be an opportunity to test a student’s aesthetic intuition against the rigors of program and tectonics in a relatively safe environment? A dangerously chicken-and-egg conundrum: How can one hope to craft informed intuition without exercising it during one’s education?

In order to fabricate Gehry’s sculptural forms, his office has been at the forefront of technological innovation. The use of software, he advocates, is a means of de-marginalizing the profession. The phenomenological value of Gehry’s spatially complex creations could be a conversation often bypassed by discussions of constructability.

When dependent on contractors and fabricators faced with previously unseen tectonics, the architect is often treated to a chorus of rejection. Gehry diffuses these naysayers by striving to deploy technology, preemptively, reducing construction waste, stay within budget through better management of sequencing, and constant communication with fabricators during the design process. This approach allows for a full translation of the aesthetic ambitions of his work into an architectural reality. In this sense, Gehry’s argument is akin to the case professor Peggy Deamer makes for parametric modeling: Technology offers a means through which both architect and fabricator exert control over design and execution, slowly erasing the post-industrial rift between designer and maker.

For Gehry, this control is not simply an exertion of power and a quest for architectural authority. It is a necessity in service of a humane architecture. “There’s not enough humanity in buildings,” he said, “and it doesn’t have to be in curves, it can be in boxes. They can have feeling!” 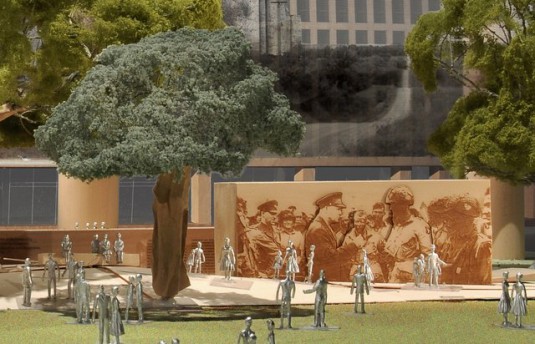 The idea of a humane architecture goes beyond the recent calls for a public interest design. It digs at the very foundations of formalist architectural theory that continues to inform contemporary architectural education. It demands more architecture centered on the body and experienced space. It also calls for more architects invested in the relationship between the built environment and its occupants at the scale of the body. Not surprisingly, these qualities, not the internal disciplinary dialectics debated in the halls of academia, are what most find pleasurable in architecture. This civil conversation between the critic and the architect was an acute reminder for those in the audience about to embark on their first forays into architectural academia as well as for those about to leave it for practice.