The Energy Lab at Hawaii Preparatory Academy, a certified Living BuildingCourtesy Flansburgh Architects Buckminster Fuller, the architect who gave us the geodesic dome and championed socially-responsible design before we even had a term for it, was a very quotable man. His line about design’s responsibility “to make the world work for 100% of humanity…without ecological […]

Buckminster Fuller, the architect who gave us the geodesic dome and championed socially-responsible design before we even had a term for it, was a very quotable man. His line about design’s responsibility “to make the world work for 100% of humanity…without ecological offense or the disadvantage of anyone” gets the most airtime, for obvious reasons. But another of his declarations seems today especially pointed, given the large-scale environmental and economic problems we currently face and the sense of crisis they engender: “We are called to be the architects of the future, not its victims.”

The Buckminster Fuller Institute (BFI) holds the annual Buckminster Fuller Challenge, now in its fifth year, to identify and honor precisely those architects (or entrepreneurs, scientists, et al.; it’s a broad use of the term) who can demonstrate their entry’s ability to address ecological problems through the sort of systems thinking Bucky himself advocated. Fittingly, the competition doesn’t solicit solutions to a single issue chosen in advance. Instead, each entrant is left to argue how the specific problem they’ve decided to tackle can act as a leverage point for broader change.

The hefty $100,000 prize is intended to support an initiative that showcases both pragmatic tangibility and visionary capacity, that operates systemically rather than in isolation. On Wednesday evening, in a ceremony following a symposium jointly held by the BFI and the Cooper Union Institute for Sustainable Design, the BFI announced the winner for 2012: The Living Building Challenge (LBC).

Part of the Seattle-based International Living Future Institute, LBC comprises a set of building standards and a certification program that advocates the highest level of environmental performance and responsibility. It holds that merely “being less bad” isn’t good enough anymore, and that every act of design should—and indeed can, with currently-available technology and materials—give more than it takes, ecologically speaking. The Living Building standard encompasses all the usual categories we know and love in other green-building standards, but goes much further than those famously compromise-laden frameworks. It requires net-zero energy and water use, maintains that buildings may only use already-developed sites, and even addresses the more ineffable aspects of design—human scale, beauty, fitness to place—that other sustainability rating systems have been criticized for ignoring. Certification only comes after twelve months of a building’s proven performance, too; results matter. 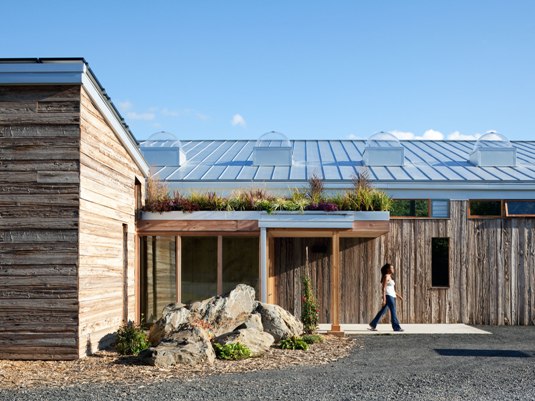 The LBC is, ultimately, an attempt to move beyond prescriptive “best practices” that tend to result in least-common-denominator solutions, and encourages us to change from passive consumers of the built environment to active participants in its operation. Nor is it afraid to take on outdated regulations that, in many places, inhibit sustainable building. In its statement on the award, the Buckminster Fuller Institute writes:

“With Jason McLennan at its helm, the International Future Living Institute is charting a new and critically needed course in an industry that arguably remains one of the most consumptive—inspiring a new level of collaboration between building owners, construction trades, architects, engineers, and regulators. The LBC’s model of regenerative design in the built environment could provide a critical leverage point in the roadmap to a sustainable future…”

In some ways, The Living Building Challenge is actually sort of old news. We’ve written several times before about its work, and about building projects attempting Living Building certification (like the Omega Center for Sustainable Living, which was featured in our October 2009 issue and made a later appearance on this blog, as did the remarkable Energy Lab at the Hawaii Preparatory Academy). But it seems precisely this staying power of the Living Building platform that won it the award this year. The project was a previous finalist in the 2010 Buckminster Fuller Challenge, but since then, it‘s grown far beyond its Pacific Northwest origins, proving to be an eminently adaptable design approach. 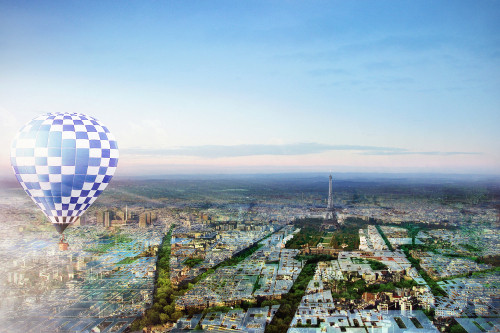 The winning entry in the 2011 Living Cities Design Competition

Twenty-eight states now boast building projects registered with the Living Building Challenge, as do seven countries beyond the United States: Australia, Canada, France, Lebanon, Mexico, New Zealand, and Romania. The concept of a living building is no longer a mere flight of utopian fancy. In fact, the LBC’s successes have driven the International Living Future Institute to begin applying the same approach on an urban scale with the Living City Design Competition.

A similar current of optimism and forward motion seemed to run through the day’s events that led up to the award ceremony. Presentations by McLennan and the other finalist contender, Cheryl Dahle of the nonprofit Future of Fish (whose brilliant and fast-paced talk included a timely exhortation to rethink the way we approach problem-solving in the first place), were followed by a round-table discussion with the two finalists, several of the Buckminster Fuller Challenge jurors, and Cooper Union architecture professor David Turnbull. Dr. John Todd—2008 winner of the Buckminster Fuller Challenge and pioneer in ecological design—gave the keynote address, presenting case studies in the symbiotic relationship between the ecological and the economic in his work.

During the round table, several of the audience’s questions addressed the issue of fear: the fear that any solutions will be too late to prevent environmental catastrophe, the fear of the hard work required to do anything about it, the difficulties of talking to decision-makers who fear change. But the panel seemed to be in consensus that it’s high time for the dominant narrative to shift from one of fear to one of possibility. McLennan mentioned during the discussion that he prefers to “lead with inspiration, not guilt,” a small but crucial choice that’s echoed in the Buckminster Fuller Challenge itself. McLennan and The Living Building Challenge seem to be exactly the sort of “architects of the future” Bucky would have loved, and together they tell a far more hopeful (and interesting) story than the usual dire tale of victimhood. We can only hope the BFI’s award marks a tipping point for The Living Building Challenge’s widespread success.